Computer programming is a piece of cake!

For the second year in a row, SAP Labs France participated in the Science Fair with a booth at the Antibes Juan-les-Pins Science and Innovation Village. On Saturday, October 19th and Sunday, October 20th, kids and their parents were invited to discover computer programming! On top of the agenda, practical and fun activities led by our staff whose enthusiasm and contribution during this scientific and festive weekend have made our participation a real success!

The code is at the foundation of our activities within SAP. But valuing the various jobs and careers that exist within a software publisher is sometimes difficult. That’s why participating with a booth at the Antibes Village of Science and Innovation seemed obvious again this year! In order to introduce the children, the developers of tomorrow, but also their parents to the wealth of the computer world, we have put forward our various initiatives around the code: introductory sessions in schools and teacher training to the logic of the programming. For the curious ones, we did several workshops on the Scratch software around the themes of Halloween, Football, Space and Asteroids, which we hope will encourage them to enter in our next competition on a theme we are passionate about at SAP Labs France: helping the sailor Alexia Barrier’s project for the protection of the seas and oceans.

The SAP Labs France employees of the Mougins site were on the front line to accompany visitors in the discovery of virtual reality and Artificial Intelligence and Machine Learning technologies, but not only! Some children of colleagues were present and loved playing the teachers on Scratch that they had had the opportunity to test themselves during introductory sessions within the Lab or in their schools. In other words, the success of this event was more than ever a teamwork! Even Spiderman participated ? 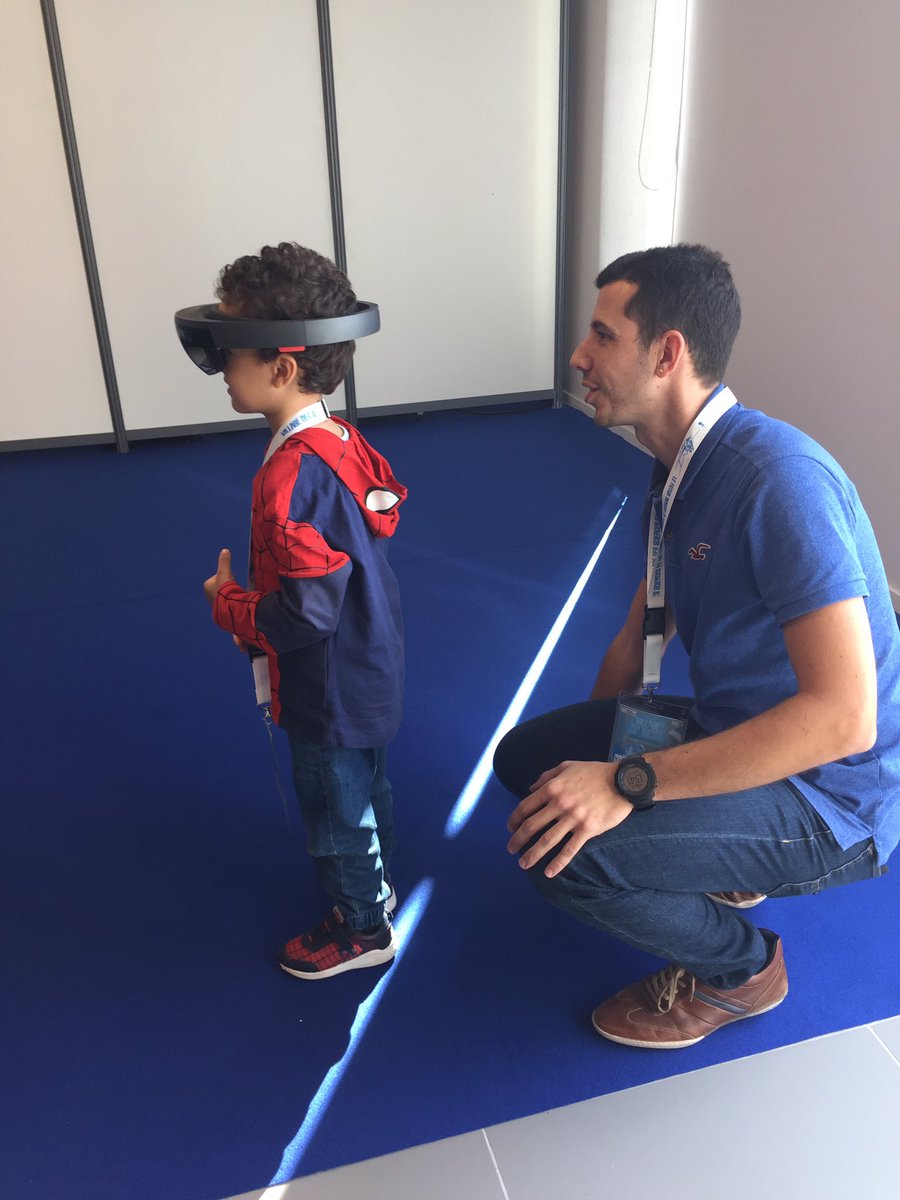 Just like Marlene Gasiglia, SAP Enterprise Support and Cloud Advisor, who participated for the first time and remains delighted with this experience: “Working with children is very authentic and simple, that’s super. What I found great was to see the kids who were interested, both girls and boys, and it was important for me to have an impact on that aspect! ” 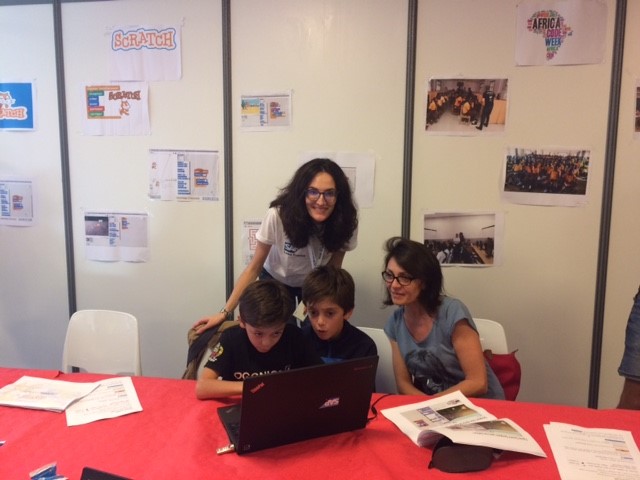 This new edition of the Village of Science and Innovation enabled to realize how naturally curious children are towards digital technologies but also the disparity of access to these resources, even in France. We will therefore continue our efforts to introduce computer programming during European Code weeks, in schools and children centers, closer to what is already called the “alpha” generation. “If I can, I will participate again next year!“, confirms Marlene.

These two days were rich and inspiring. SAP Labs France will use this experience to offer other events for the younger generation. These operations are also profitable at all levels, as show it the visit at our booth of the Mayor of Antibes, Mr. Jean Leonetti, who came officially to thank SAP for its commitment! Another proof if needed of the value of actions which strengthens the local ecosystem.