SAP IDM 8.0 – How to handle active users in the target system when all roles/privileges (other than master & system privilege) for a particular system are revoked in IDM?

After working with multiple customers/clients implemented the following solution based upon their request and thought it would be a good idea to share with you all.

Depending upon the client license policy for individual system, it can be handled in different ways.

How do we usually assign Master Privilege (PRIV:%$rep.$NAME%:ONLY) for Users?

When all privileges are removed for a particular system, what will happen to Master Privilege?

In this blog I would like to share with you all on how to delete the users automatically in the target system when all other privileges (expect system and master privilege) are removed from user in IDM. 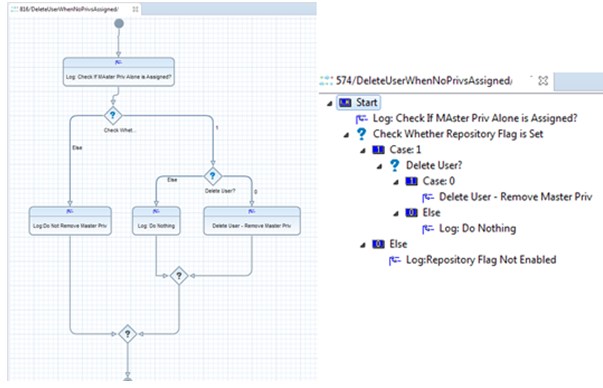 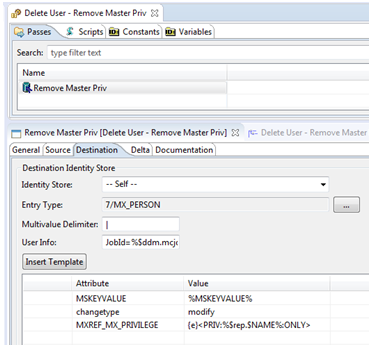 Kindly provide your feedback regarding this blog and let me know in case of any suggestions or improvements further.

Do let us know how you would be handling the active users when all other privileges are removed.

thanks for this interesting explanations.

One thing is still important to mention: because of audit and compliance requirements it is not always allowed to also "delete" the user in a target system when the user does not have any access rights anymore.

Instead of deleting the user, the user record needs to be "locked" in the particular system. With this, any audit report will still be able to find user information but the user himself will not be able to logon anymore.

SAP IDM can also be configured to handle these type of "user lock mechanisms". You may want to dive deeper into this subject and maybe explain this in a separate blog?

Nice post! I have implemented IDM 8.0 and I'm able to sync an ABAP system however I want the users to be able to reset their password with the reset password form (http://host:50000/idm/pwdreset)... I'm unable to find documentation for this... any hint? is it possible? the ABAP users of the remote system mus exist in the database UME of the Java instance to be able to change the password trought pwdreset?