Special thanks to SAP’s Donald Guo, who stayed up very late to provide this webcast to ASUG.

What is in the future is subject to change; the legal disclaimer applies 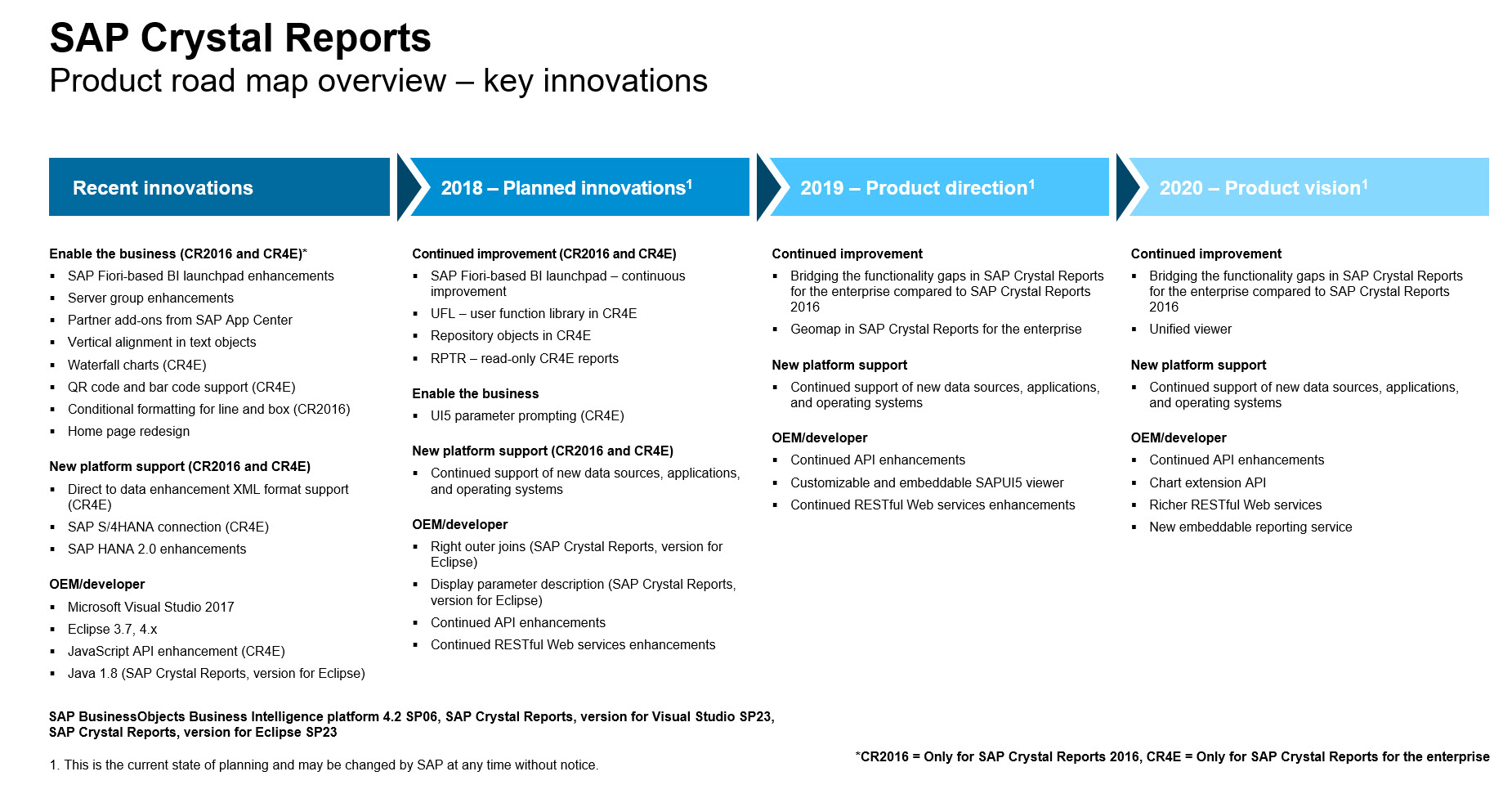 Working on repository objects in Crystal for Enterprise (CR4E)

Delivered parameter prompting in UI5; before relied on Flash and now Flash is a security concern

Made UI5 a default setting; can switch back to Flash prompting

Some enhancements in Crystal for Eclipse (right outer join)

Plan to invest in unified viewer

Now supports BW selection option variable as shown above, including “not between” and you can combine operators together 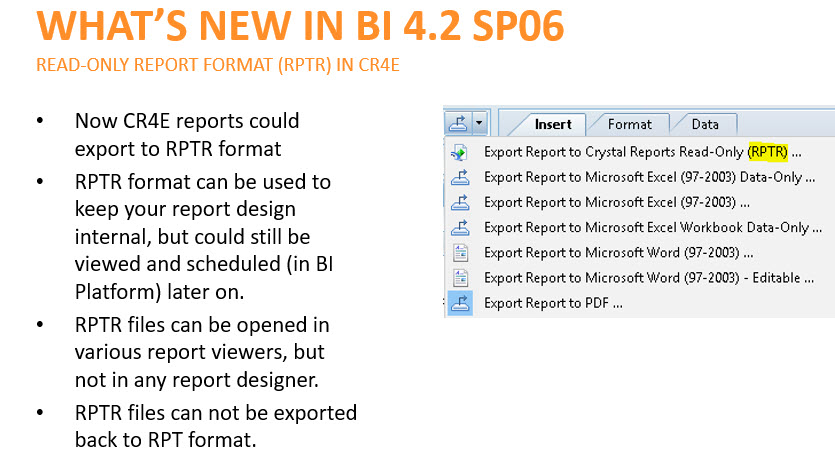 Read only report format; CR4E reports can export to this format

Demos can be found attached to this blog.

Repository items to show local and copyright in reports; can install centrally 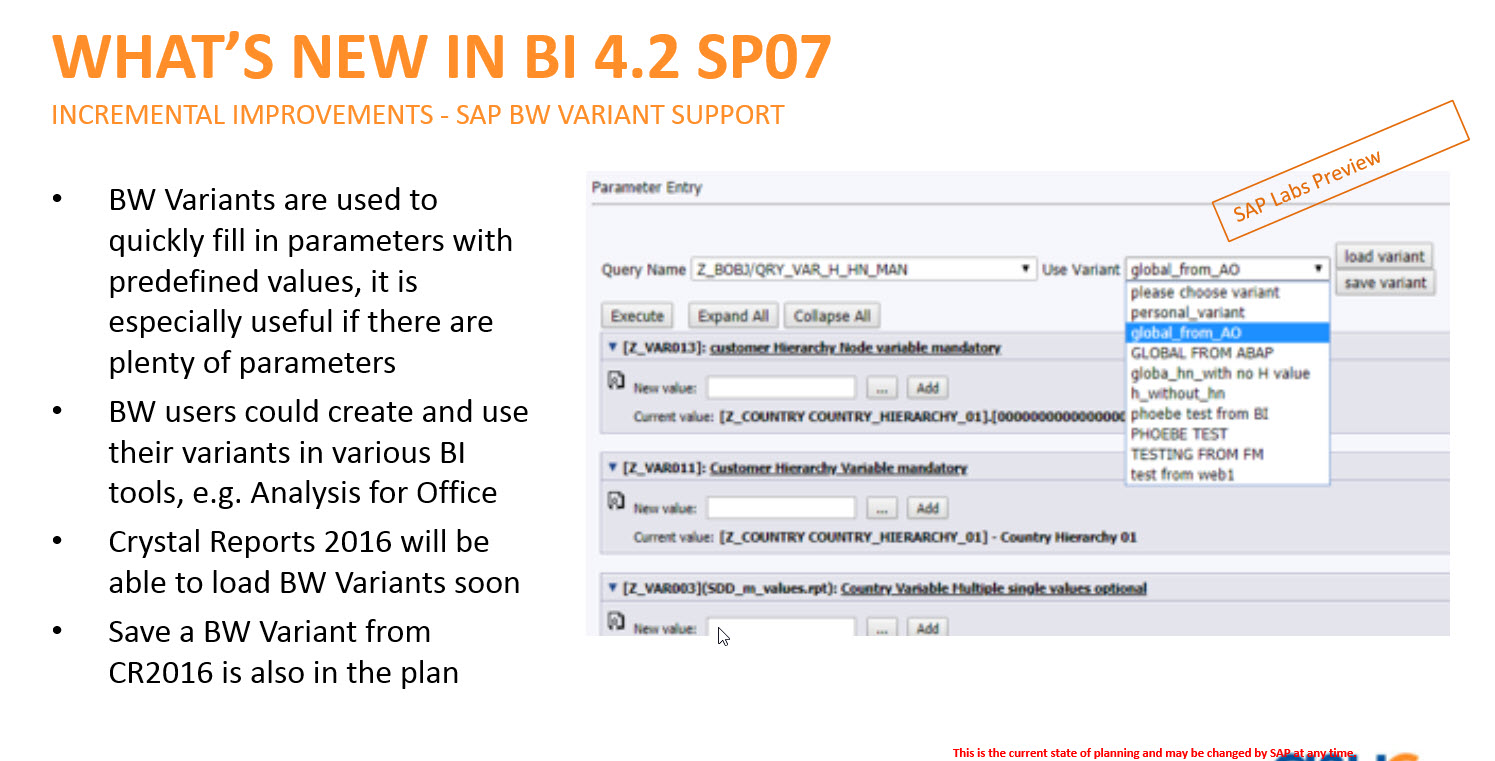 Load variants will be available

Save variants are planned 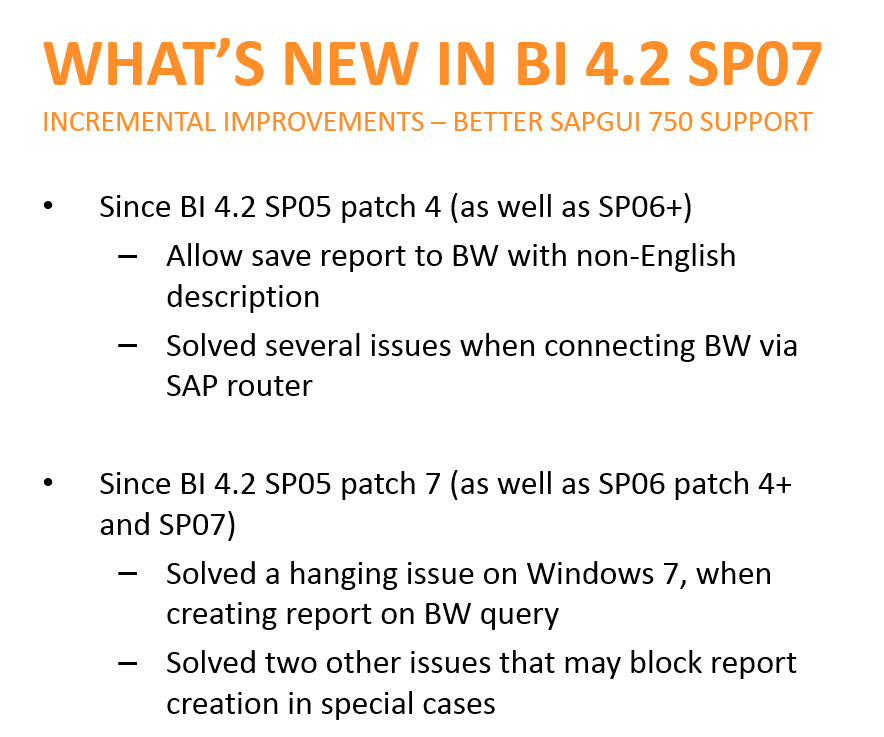 HANA SAML SSO support can be configured by tenant in CMC 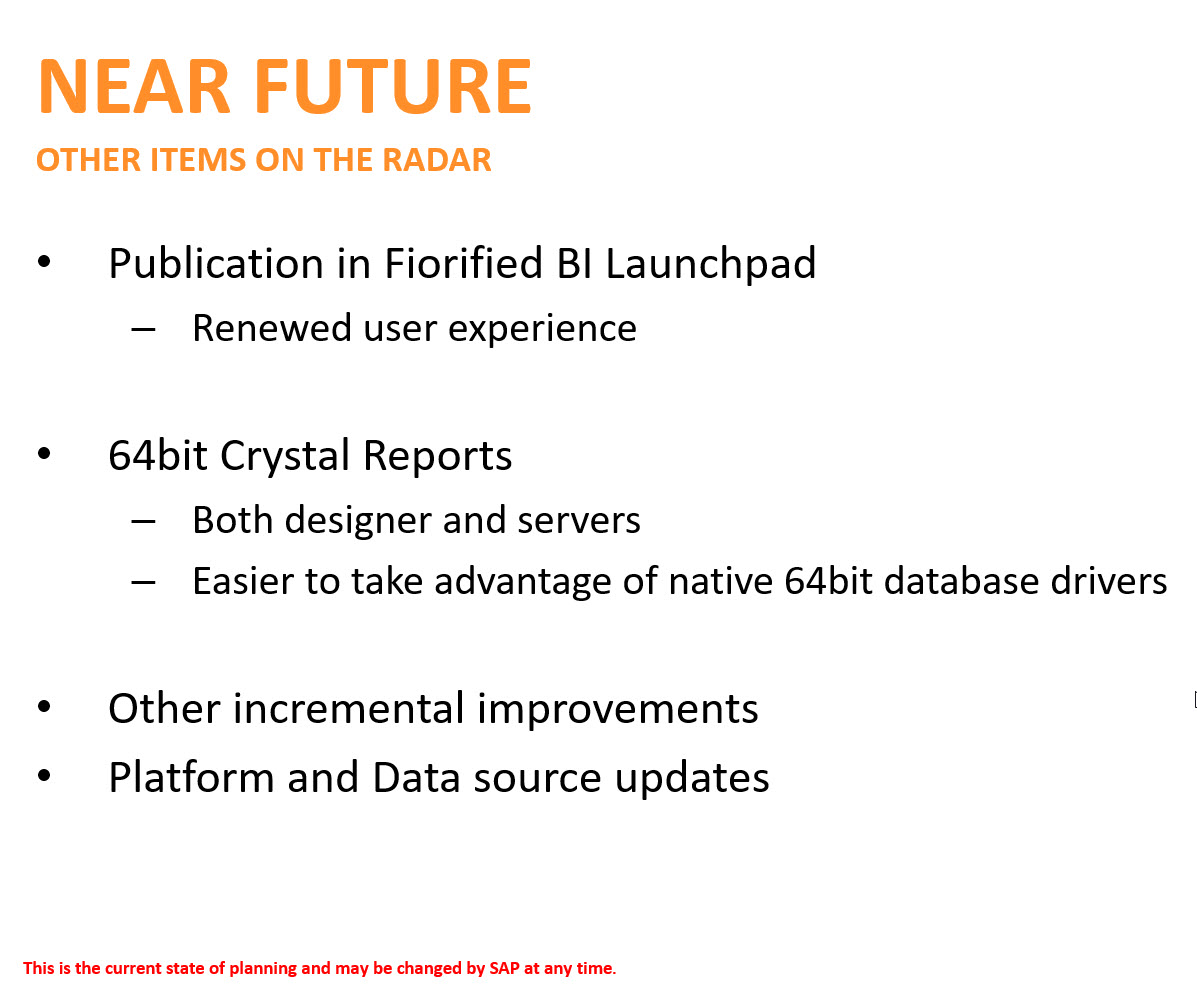 Items on the radar – planned for 4.3 release.

Can we get the link for the SAP App Center? How would we find the mentioned Partner add-ons?

Where can we get more information on “Repository objects in CR4E”?

Not released yet, but it’s being developed. The concept is the same as in classic Crystal – existing repository objects will be available in both.

4.2 sp6 allowed the use of UI5 rather than adobe flash for parameters. However, parameters in OpenDocument URLs aren’t accepted by UI5 (Note 2684812). Any idea about when this functionality might be added?

This is being worked on.

It is a separate file that has to be deployed to the server where BOE is running.

What is the next version of Crystal Reports?

Special thanks to Dell Stinnett-Christy for moderating the webcast.