In 2018 I’ve frequently witnessed a new kid in the Enterprise IT town: Apache Kafka

From my personal statistic the frequency of customer architectures considering Kafka as a new architecture component is similar to the appearance of Hadoop-based Data-Lakes in advanced analytics architectures four or five years ago. 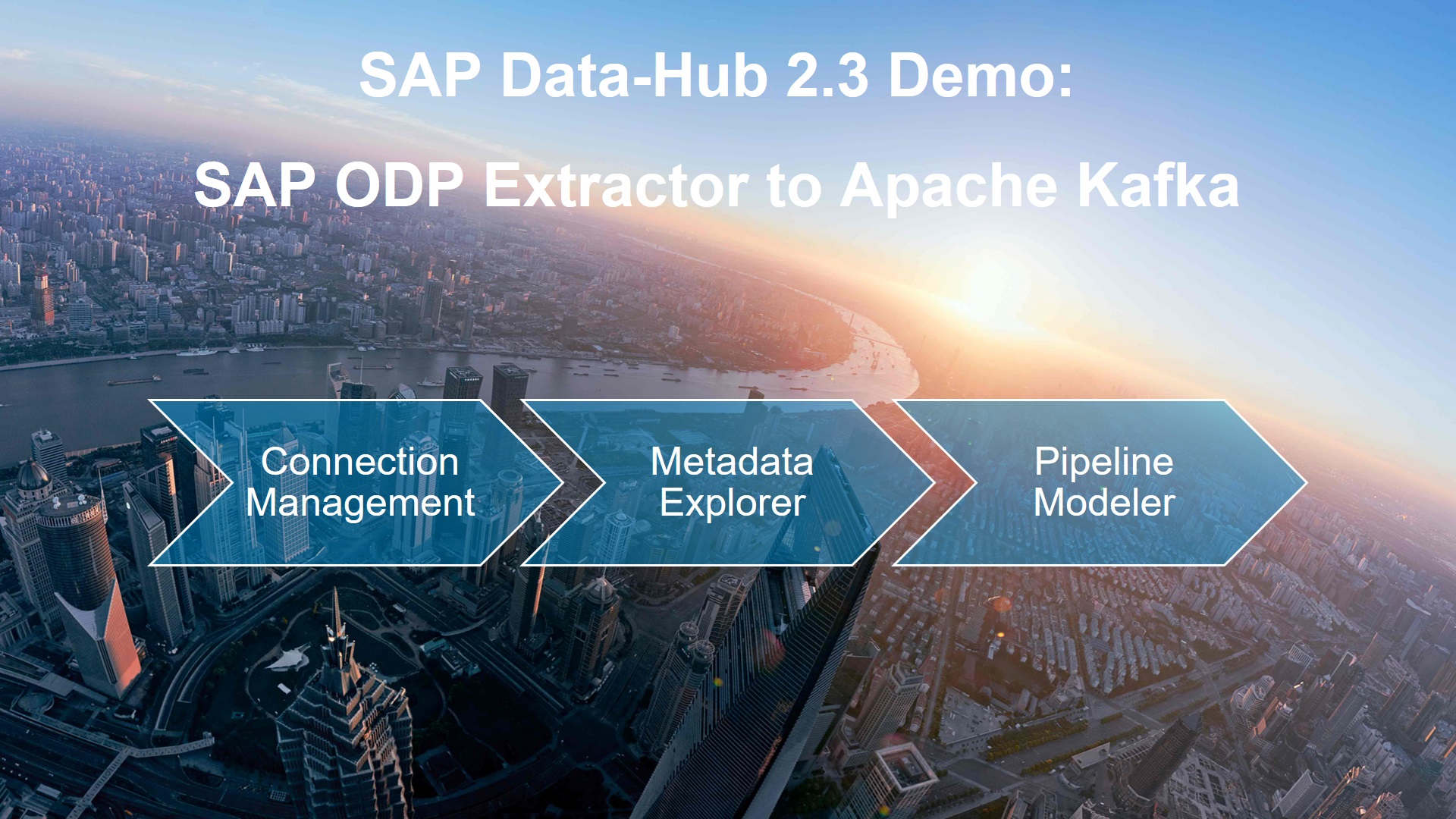 ?Scenario: Replicate changes on the product master data from a SAP ECC to a Kafka broker

Based on conversations with my customers Kafka could be used as message broker for asynchronous communication between SAP backends and microservices.

One scenario might be updating microservices-based web-applications with the latest changes to product master data maintained in a SAP ECC.

For consuming data from a SAP ECC typically these prerequisites have to be met:

In this scenario SAP Operational Data Provisioning (ODP) was chosen as API to meet the prerequisites and to build this basic demo.

“Operational Data Provisioning supports extraction and replication scenarios for various target applications and supports delta mechanisms in these scenarios. In case of a delta procedure, the data from a source (the so called ODP Provider) is automatically written to a delta queue (the Operational Delta Queue – ODQ) using an update process or passed to the delta queue using an extractor interface. The target applications (referred to as ODQ ‘subscribers’ or more generally “ODP Consumers”) retrieve the data from the delta queue and continue processing the data.” 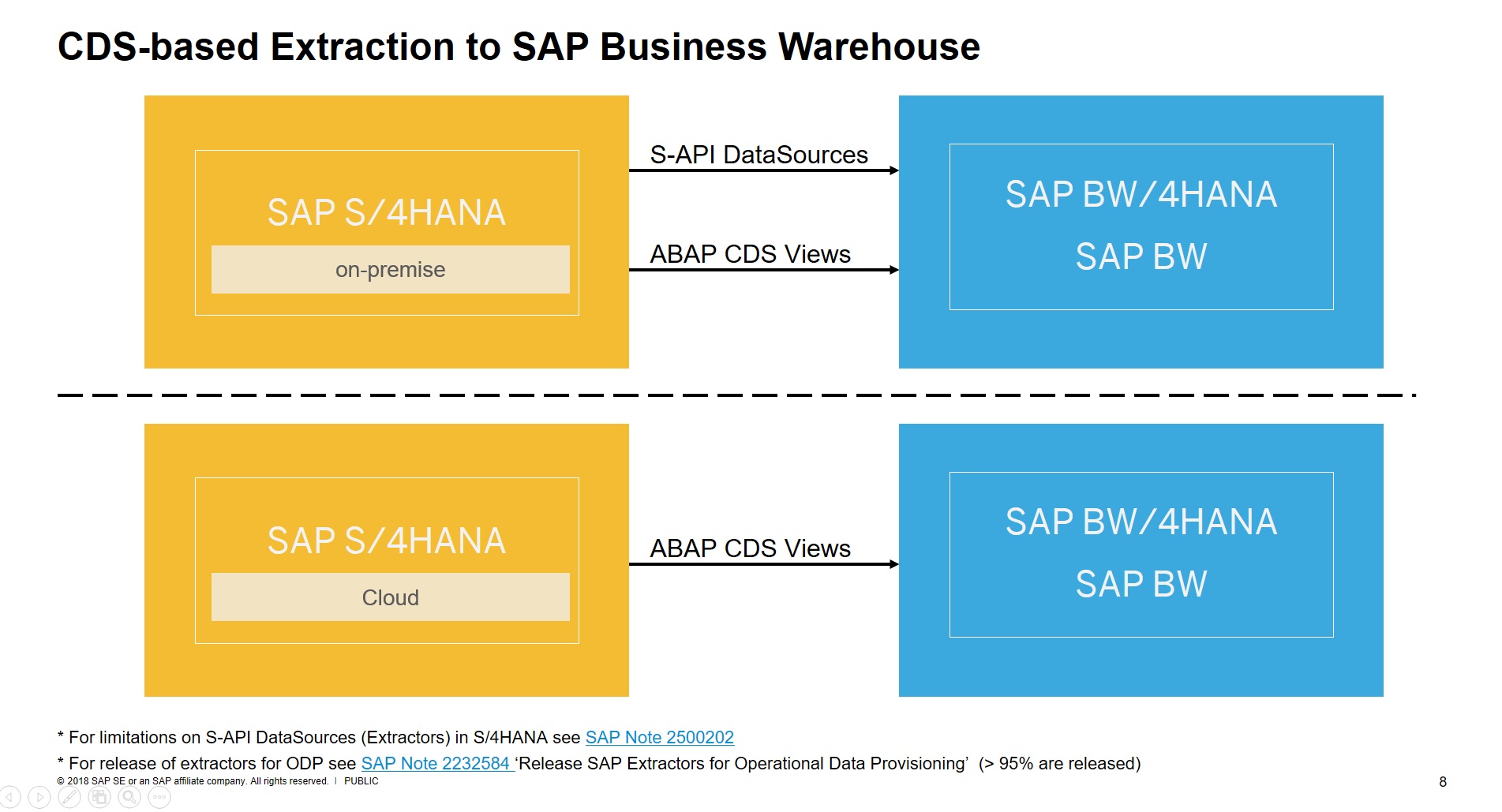 To implement the scenario (ODP->Kafka) a SAP Data-Hub Pipeline was created.

The first step is the creation of a SAP ECC connection in the SAP Data-Hub Connection Management.

In practise a data engineer or data scientist is enabled browse and understand SAP data-sources without the need for having deep SAP background knowledge or the prerequisite to install dedicated SAP frontends. Vice versa a SAP-user is enabled to conveniently browse data-sources like HDFS or ADL. 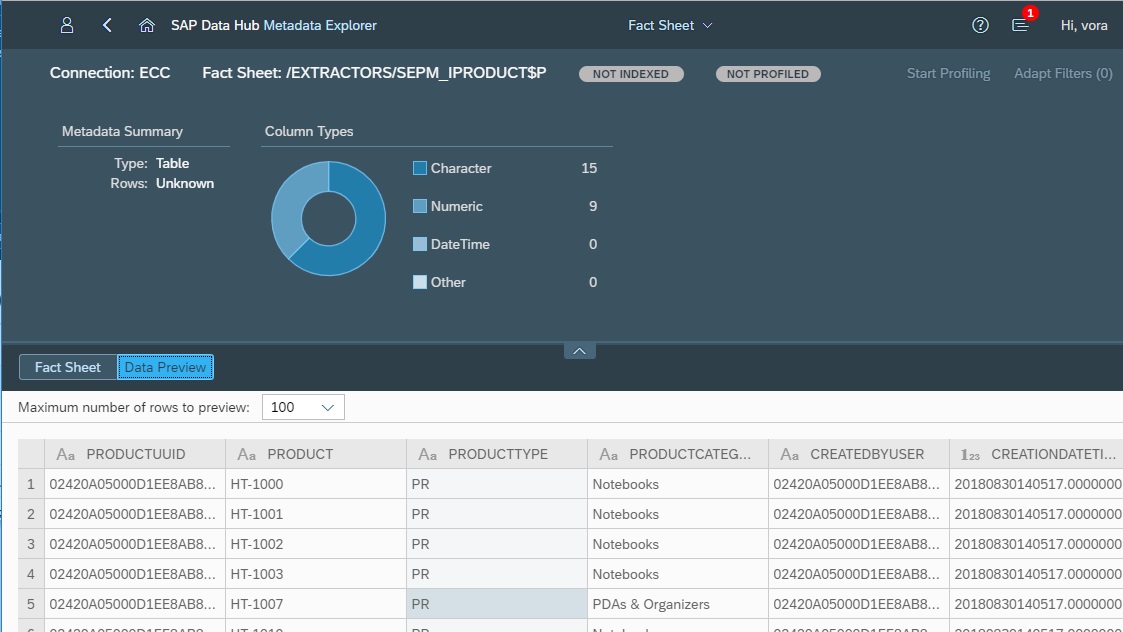 After finding and previewing the appropriate data-source, the data engineer will now start to build the SAP Data Hub Pipeline.

The Pipeline for writing from ODP to Kafka consists of the following main components: 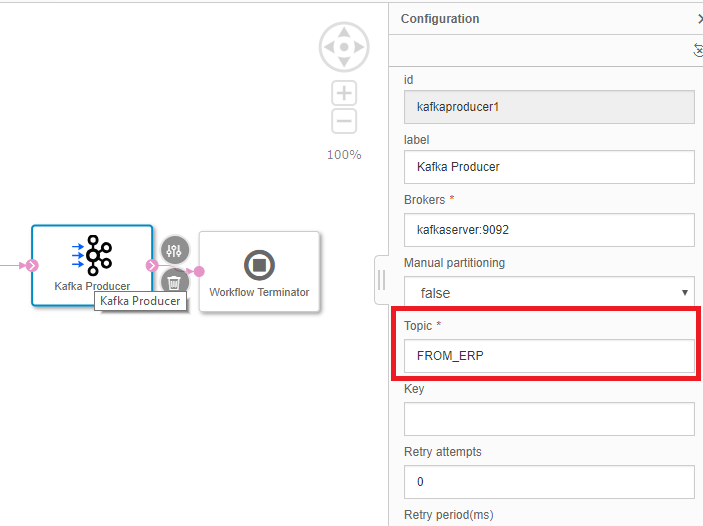 After successful implementation the Data-Hub pipelines will be started and the ECC data will be written to the broker in the first pipeline.

The second pipeline will fetch data from the broker and displayed it in the Wiretap as text representation:

Browsing the ODP extractors and previewing the results as tables is a very convenient feature provided by the SAP Data-Hub 2.3  Metadata Explorer.

The Data-Hub Pipelines were literally easy to Drag&Drop for this first demo scenario.

Due to the flexibility of the Data-Hub Pipeline Operators there are other countless options to combine ODP or Kafka with other data-sources or -sink:

Many thanks for reading this blog till the end and to Onno Bagijn. ?

what would be the scenario using Data Hub with a view to integrate data FROM Kafka to SAP ?

The constraint is related to not directly integrate into databasis but to use applicative layer.

many thanks for this great question!

Currently there is no operator available to write data back to an ABAP system using an API.

According to my colleagues from DH PM is the missing functionality planned on the Data-Hub roadmap(Link) and therefore subject to change.