In this post, I think about what it is that made me start blogging, and about the reasons to start blogging that might resonate with you, if you’ve not yet made that step.

Deep down I’m a shy person. I’m not great at casual conversation, and, via a wonderful SAP Inside Track session a few years ago from the great Thorsten Franz I worked out that I’m an introvert, in that I recharge alone, rather than in a crowd. So blogging for me has become one way of expressing myself.

Like everyone, I have things to say, ideas to share, and writing in blog post form is one way I speak. To communicate is natural, and today we have many ways to do that.

In fact, that reminds me of why I started blogging in the first place. Back in the day, when the Internet was younger, there were different channels in which we interacted. In the early days, there was Email of course (via the SMTP and POP3 protocols) which gave us the venerable mailing list concept. There was also Usenet (via the NNTP protocol) with a wider array of subject-based groups than you could shake a stick at.

In both these communication scenarios there was an etiquette which involved the idea of deliberately “lurking”. According to various dictionaries, to lurk is “to read the postings in an Internet forum without actively contributing”. The etiquette was that one should lurk long enough to get the gist of what was being discussed, to understand what was implicitly expected, to breathe rules of engagement unspoken or explicit; generally, to be better prepared to contribute appropriately.

With today’s Web (via the HTTP protocol*, to complete the picture) the concept of lurking has declined, as the gap between producers and consumers has widened. But early on in the days of the Web we saw another mechanism for multi-way communication: blogging.

*the distinction between Email, Web, Usenet and so on, each being provided by different protocols on the Internet, gives me a reason to continue to be doggedly pedantic about the difference between the Web and the Internet.

While pretty much all forms of communication on the Internet are asynchronous, the protohistory of blogging exemplified an extreme asynchronous communication style, certainly the most loosely coupled. With the Web in general, and blogging in particular, to participate in a conversation, you’d read someone’s blog post and then respond by writing a post of your own, on your own blog*. And you’d connect the two using trackbacks and pingbacks and other related mechanisms, whereby the author(s) you were responding to would be notified that you’d written a response. Often, their blogging platform would also display any trackbacks automatically at the end of a post, too.

*this time I’m using the word “blog” because it’s appropriate here – a *collection* of posts, not an individual post!

This is one of the main reasons why I started blogging – to be able to participate in conversations and to contribute, to give value back.

And as we moved from the world of mailing lists and Usenet to the world of blogging on the Web, so too did the concept of lurking (as a deliberate passive period before diving in) fade away. Moreover, as time progressed, two-way communication between blogging became even more asynchronous (and trackback systems started to disappear) to the point of morphing into publishing platforms with conversation in the form of comment systems at the end of each post (like we have now in the SAP Community). 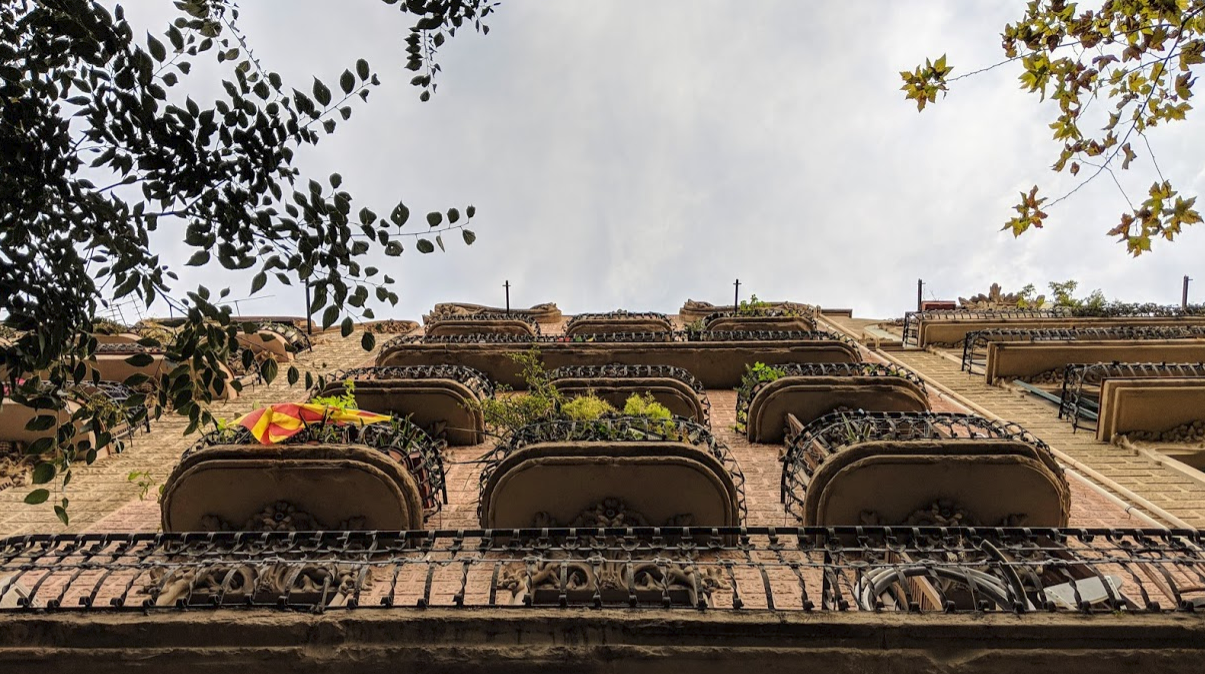 Mostly unrelated to this post, but a nice picture nonetheless, I think. The view I got when looking up from my favourite bar in Barcelona (La Més Petita) – a quiet place to recharge.

But I thought it might be useful to give some tips that are worth considering, and that might persuade you to take the plunge and write your first post.

I’d like to end this post by reiterating the last tip. Go for it. A journey into blogging starts with a single step – that first blog post. Find your voice and start writing.

This post was brought to you by Pact Coffee’s Asomuprisma, the zen-like serenity of this Chrome OS device, and unusually stiff legs from my run earlier this morning.

Update 05 Nov: Audrey Stevenson has published a nice post “Hello World! Three Easy Ways to Get Started with SAP Community” which is a useful resource for beginners and fits well into the context of this post.

absolutely go for (and stay at) it. and also, stay engaged with your readers and if it becomes too much others will surely jump in to help. mailing lists have proven very durable and are still the main vehicle of communication in the open source community. they have survived despite the platforms like blogspot, facebook, wordpress, medium, or any kind of intranets that have been overtaken by myopic marketing. they go to the early days of internet along with browser, email, and (usenet) newsgroups. SAP Community has become much easier to navigate and to share one's content in, but posts like this are still a rarity, so some of us may just hang out in the coffee corner, and that's ok, too.

now as way of sharing with others, if you have an SAP story to share treat it as way of introducing yourself and not as a way to nitpick at this or other feature or product as there will be plenty of others who will do just that and it will turn into a never-ending stream of whining. we are all grownups here and hopefully can appreciate the effort one is putting into both learning and navigating SAP's technology offerings. take an open SAP class and jump into their discussions as well and you will find out many times that others have similar experience to share and sometimes even have answers for you.

sorry, DJ, got a bit ranty towards the end of my 'comment', but i certainly appreciate the consistency of your Monday thoughts and willingness to rally the troops, so to speak.

cheers and enjoy the rest of the week,

Thanks - definitely not ranty, you make some very good points! Your observation about some platforms being overtaken by marketing are interesting - while I don't have a Facebook account, I do read posts from people who use a hosted platform from WordPress and more frequently from Medium, and I do find the hosting platform's content (esp. the popups on Medium - "hey, we've seen you before [so let us annoy you again]" for example) quite distracting, certainly as a consumer.

That's why my other blogs, apart from one in the early days, have all been self-hosted. Like others, I'm sure, I've used many different platforms in my time - after an initial foray with the hosted Blogspot service in 1999/2000, I turned to Blosxom, then Moveable Type, had a period where I used WordPress and now use Ghost (for pipetree.com/qmacro/blog and langram.org). This SAP Community blogging platform is WordPress-based as well and while the UI is not as pure and efficient as Ghost's, it's very usable indeed.

If you say you are a shy person, I need to find a word to describe myself 🙂

Great tips for those who would like to begin their blogging journey. I used to request feedback from colleagues for some of my blog posts. Its a good way to ensure that people would understand what you are trying to communicate.

Thanks Murali. Yes, especially if one is not sure as to how the post comes across, early feedback from colleagues can really help. Cheers!

Now me - I am shy.  So if you are an introvert - blogging is for you.  You can express yourself to many people.  Many people that in general - really like to read those blogs!  So just do it.  You'll be amazed at how easy it is.

I also have been known to give presentations at Teched.  So how can I be shy? It's hard for me to start individual conversations.  You'll see me sitting quietly at these events.

Is there a point to all this rambling.  Well, yes. Yes there is.  If you are shy/introverted it's rather easy to type your comments rather than talk with someone.  In this day and age I have even seen my niece texting the person next to her.  That seems crazy to me, but whatever works.

Thanks Michelle - you're absolutely right when you say "blogging is for you" - you can compose stuff in your own time, and take whatever time you need to get right what you want to say. And the point about commenting rings true also - it's conversation, at the end of the day. Moreover, with comments and this async communications in general, I converse with more folks than I ever would be able to face to face. Win-win!

Thanks very much for sharing your thoughts and ideas, DJ.

The main thought which just came into my mind: Who is interested in what I wanna blog about? 😉 But we'll (I mean I'll) find out... so just "go for it"

Exactly! You won't know until you write that post. And it's always going to be for at least one person - you, the author.