Within standard SAP we don’t really have a built-in solution for easily generating QR codes. I got asked this question a lot of times now, so I decided to create a small ABAP API to easily generate a QR code and use it within SAP.

After a looking around for available API’s, I came across the free publicly available goqr.me service. So I decided to implement this API service in an ABAP class so it could easily be reused in any development requirement.

The QR Code image is retrieved in binary format and the mime type is available as well.

A sample / demo application is available in the project, which looks like:

Resulting in the following preview: 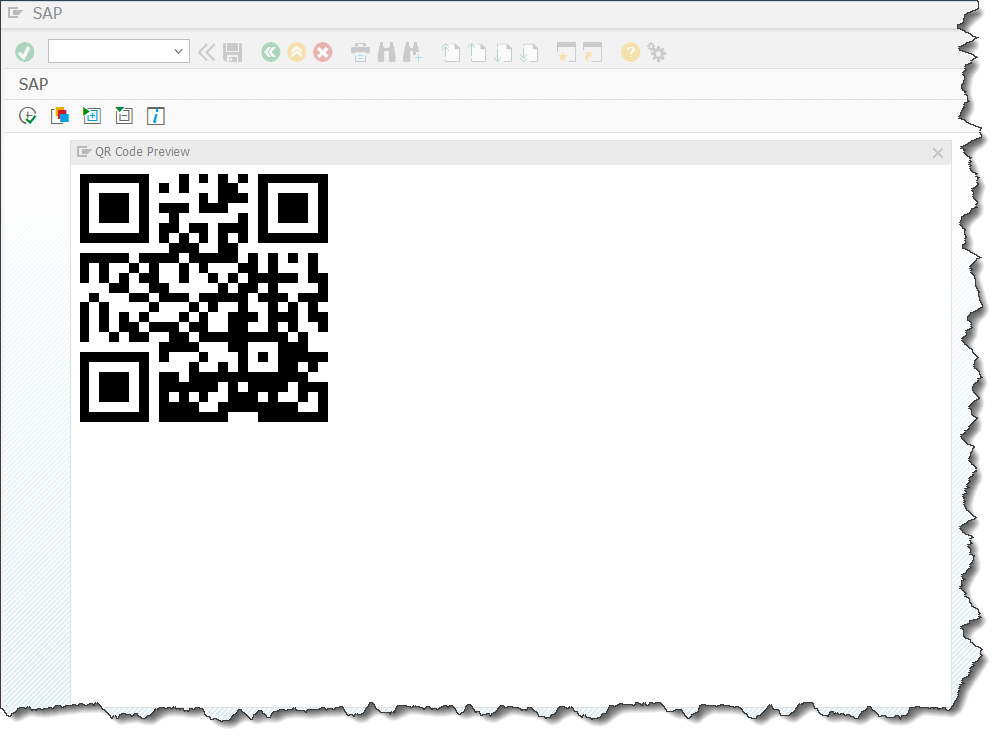 The API can very easily be installed using abapGit and is available at the Gitlab repository. The idea is to further extend the ABAP API with additional functions available in the goqr.me API in the future and to extend the functionality to reading QR codes as well.

But for now, this should lessen the development effort for implementing QR codes into SAP, which was the whole reason for sharing this blog post with the community. As always I’m open to suggestions, remarks and contributions to this small project.