Design Studio – Trick for “Total Column” with “Calculation After Aggregation”

In this blog you will learn how to show a “Total” for a calculated column where the calculation has to be done after the aggregation. This is a typical challenge that we face in most of the reporting tools as this is not something that the underlying database cannot generate. Whatever aggregation defined in metadata layer (aka universe) does not hold good for the “Total” if the aggregation is not a standard aggregation like Sum, Avg. etc.

Problem Statement: A “Total” value has to be shown with all the other Dimension values on the chart. The measure involved cannot be totaled using simple aggregation like sum, avg etc. as the measure itself is division of two other measures. For example, percentage of Sales of Electronics vs Total Sales displayed by quarter and then a “Total” for the year.

At the face of it seems to be a simple functionality that can be achieved by enabling the “Show Totals” as true in the chart properties. 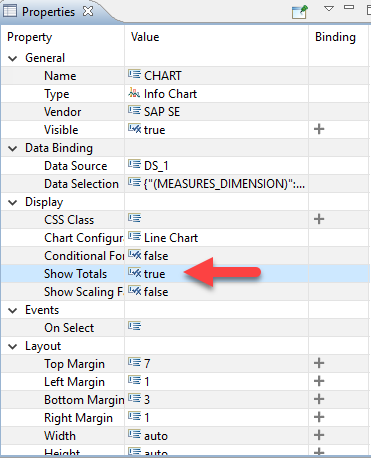 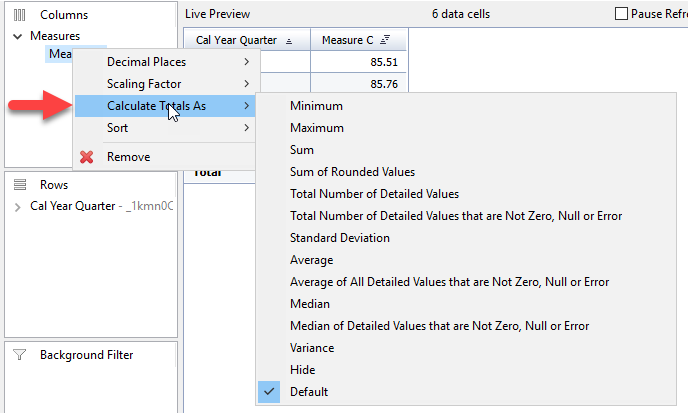 However, the system does a sum of all rows after calculating the formula which gives incorrect result. There is no way to force the system to do “Aggregation” before “Calculation”

Example – Let us look at sample data before we get into the workaround.

In Design Studio created a Query and edited the initial view which looks as below. See the “Total”. It adds up the values and this is what will show on chart id “Show Totals” is Enabled 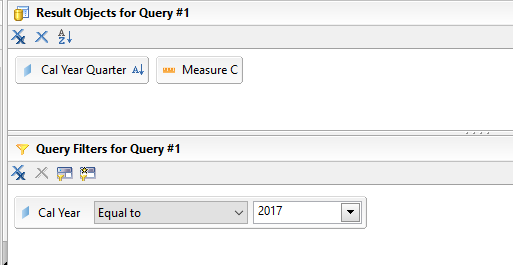 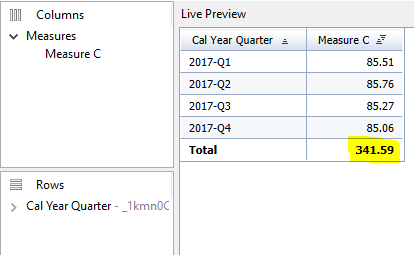 As you can see in the above graph, this is not what we expect.

The Solution (Workaround) : This is a multi-step process that I layout below step by step 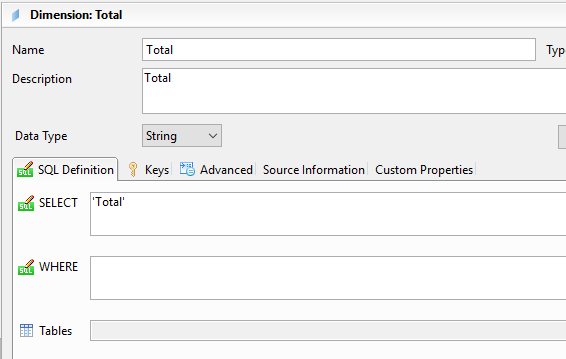 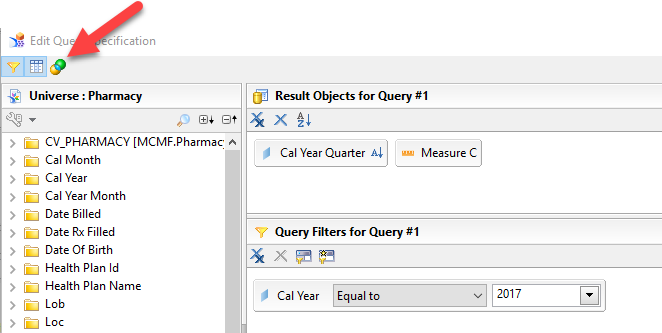 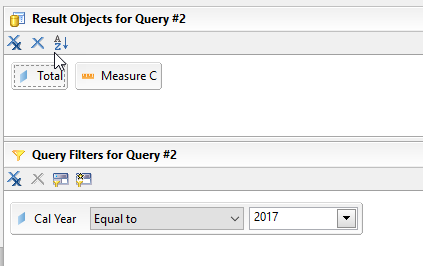 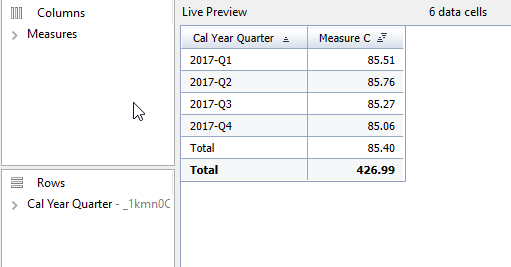 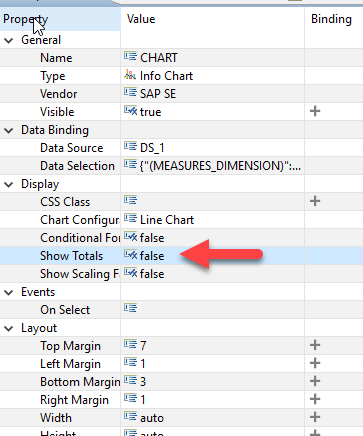 Voila!! – This is the result you wanted.

You can use this trick on Measures as well. The system only checks that number of dimensions and measures should be same on both the combined queries. You can also have different filters on both queries in case that is needed.

You can achieve similar result when directly connecting Design Studio to HANA (And Create a Calculated Column as “A” / “B” ) as in this case the Total Calculation happens after aggregation. However, you cannot change the text – “Total Result”. See below. In the workaround you can show whatever text you want Total / Average / YTD etc.

I have given a simple example to illustrate. Think about other nonstandard aggregation like Count(distinct) etc.