There is a delicious irony in what I have to say today.

As I logged into the Community for the first time in many years, I was presented with a list of stories from my last interaction – see above.

Top of that list was 2014 – The Year SAP Forgot About the Community. Clicking on the link, I saw that a comment I made at the time was marked ‘Former Member’ with replies from Matthias Steiner and John Appleby. I soon got that fixed by opening up my profile.

I say ‘irony’ because, at the time, I vigorously defended SAP for the event and the manner in which it showcased Mentors. I know that between then and now, there’s been considerable debate/angst/concern/effort/development that has always been a part of the Community but which in recent years has left many people wondering if SAP has lost its Community Way.

If TechEd Barcelona (I no longer travel to the U.S.) is a reflection of SAP Community in 2018 and its cloudy vision going forward then I’m going to call it as the year SAP got it’s cloudy sh*t together in homage to Bjoern Goerke’s exhortation that this is where the cool sh*t happens.

But there is so much more.

First up, if you’re reading this and you know me then you know I am one of the world’s lousiest coders, that I love PHP and CSS, have a passing and passable interest in JS and find ABAP to be one of the world’s great mysteries. You also know I’ve been in and around the SAP Community for many years but very much with a ‘what’s in it for me as a business person’ approach to all things SAP. At the same time, I have a very healthy respect for coders though I will on occasion fall short of rocking to the New Kingmakers meme.

With that backdrop, here’s what I thought going into TechEd, what I discovered and what I believe needs to happen next.

My partner in crime Jon Reed  attended TechEd Las Vegas and going in had open questions:

Last, but certainly not least:

Today, I saw a more dynamic community section on the show floor than I have in years. Craig Cmehil is the newly-promoted Head of Communities & Influencers, SAP Developer & Community Relations at SAP (nice job title!). That’s one of the smartest moves SAP has made on the community side in a while. Cmehil brought community legend Marilyn Pratt back to SAP TechEd this year, and she brought her son. That stirs even the cynical hearts: 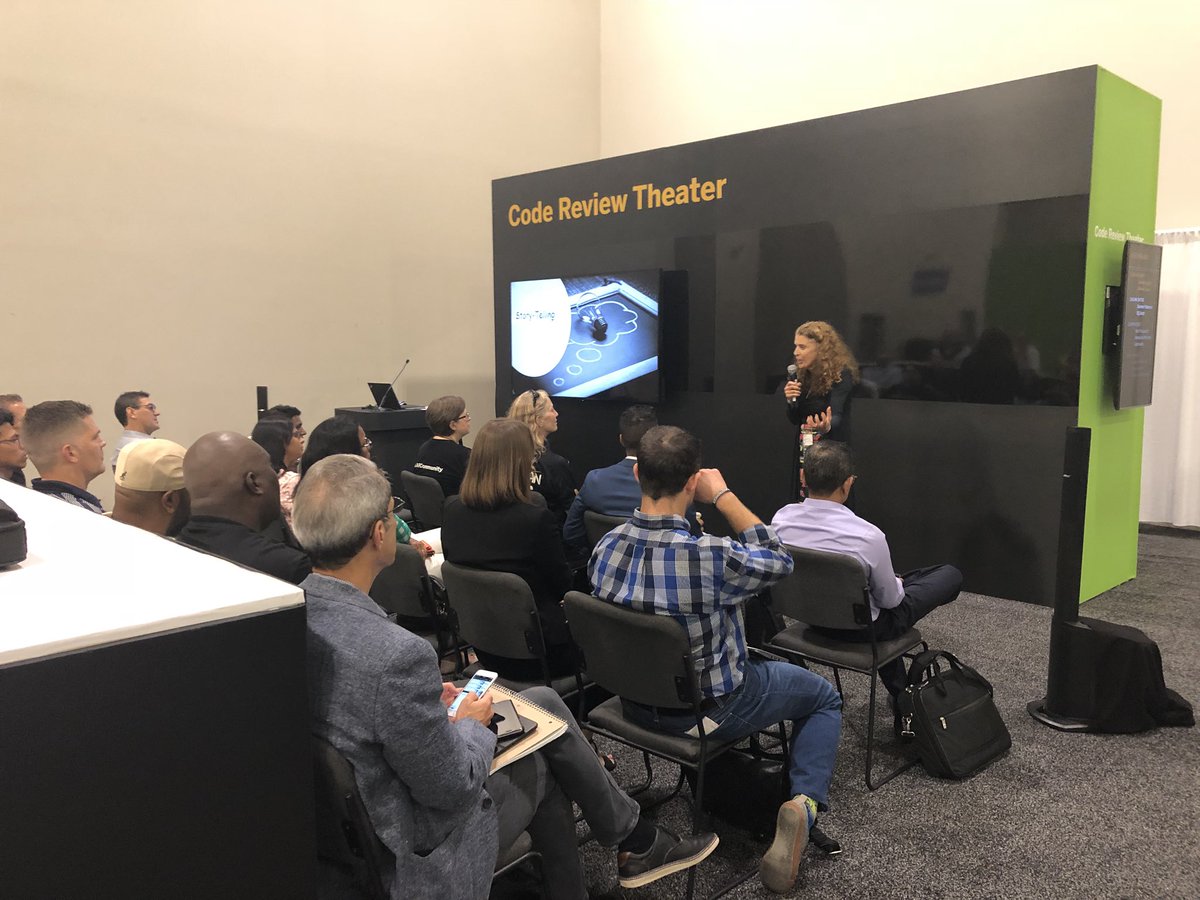 Cmehil and I don’t agree on everything, but he gets that community is about forthright communication and new experiments, not BSing people about the good old days that aren’t returning. Cmehil’s team needs another year for a true assessment of their progress, but at least on day one, the funky community spirit I didn’t see on the keynote stage was out there on the floor.

By the time the show reached Barcelona I had more things on my mind. DSAG had almost mirrored Goerke’s position on all things developer in a move I saw as extraordinarily well aligned. That made me think more about the business position and how that might mesh with developer thinking.

SAP ABAP in the Cloud – I get it – but it also begs the question, what’s more for developers and where do they really go to from here? In my analysis of Goerke’s keynote and first day, I commented that:

Goerke and I have not always seen eye to eye but in both his keynote and subsequent discussion I can see important changes in the way SAP is positioning its discussions with developers as a way of recognizing the importance of the developer community standing alongside the business. I saw first-hand evidence of that in a specific and wide-ranging customer conversation.

The good news for SAP is that almost without exception, the SAP Mentors with whom I spoke are 100% behind Goerke’s vision. Clear evidence of that comes from the space devoted to developer education and demonstrations with over 50 screens running cloud tutorials in an area covering a good quarter of the show floor. That’s huge.

The keynote may not have generated the kind of excitement from developers that Goerke was hoping for but then that excitement was palpable on the show floor once they saw what is achievable.

By the time the show finished for me, I realized I had not spent enough time on the show floor. That was compensated by two excellent customer meetings – one PostNL, the other Doehler.

The two could not be more different. PostNL is responding to market changes to becoming a network company that’s cloud first and API driven. The second is transitioning to cloud services as a way of helping innovate new products. Each customer is a long-term customer with SAP and is not going away anytime soon. Each story was compelling on its own terms.

My discussions with DJ Adams and Craig Cmehil reflected a degree of enthusiasm seen by Reed in Las Vegas and which seemed to have amplified in the in-between period. Conversations I had with folks like Thomas Jung, Rich Heilman, Chris Paine, Gregor Wolf and many other mentors at the SAP Mentor evening confirmed a level of excitement around ABAP in the cloud and the potential for innovation that has been kind of missing for me in the past. My conversation with Dick Hirsch as we wrapped up the show was one of the most positive and future hopeful in quite a while.

But that’s still not enough.

I am convinced that the world of the developer has sharply shifted and SAP developers are tantalizingly close to being able to make the shift. Here’s an example.

I spoke with Matthias Steiner about the need for business conversations and explained to me how he is being drawn into more CIO type discussions. That means he’s having to learn a whole new language, a whole new way of communicating with the business which takes him out of his comfort zone but is exciting and challenging. It’s not something that comes easy to developers and especially those who routinely speak SAPenese. I admire his courage. But it will take a lot more.

Here’s where I think this goes and yes, I am liberally stealing from others but hopefully in a manner that is useful:

These are exciting times and there is much to learn. A good starting point might be trying out the Gartner ETA. Yes, I just said the G word. And check this – it’s free.

I got my team to do so this week and we learned a great deal. None of our team is especially technical but we got insights that absolutely help us going forward. Here are the results:

Another starting point is to think about a problem, imagine the solution and then write the press release you’d put out once the project is done. That’s how Jeff Bezos, CEO Amazon gets his teams aligned and it works.

Whether you’re an ABAP jock, JS maven, whatever-the-latest-fad-in-programming-languages person, there’s a massively important and valuable role for you in the SAP of today and tomorrow.

This is a community with the potential to make seriously big waves as it tackles the Big Hairy problems that consume the attention of the C-Suite and for which SAP has a deservedly solid reputation.

Now is the time to take those years of accumulated knowledge and expertise and discover what the business is thinking and how you can help them make the world a better place.

As Goerke said – and I paraphrase – it’s up to you.

Endnote: For next year, I like the idea of shifting the conversation from ‘The Journey to the Intelligent Enterprise’ to ‘To Infinity and Beyond.’ What do you think?