As always, Teched Barcelona started with a great science fiction keynote! This year, a bit more business related. Compared to normal keynotes, SAP didn’t invite a business partner or customer on stage but the youngest astronaut in training. She gave a great message to all of us: “Always follow your dream and don’t let anyone take it from you.”. 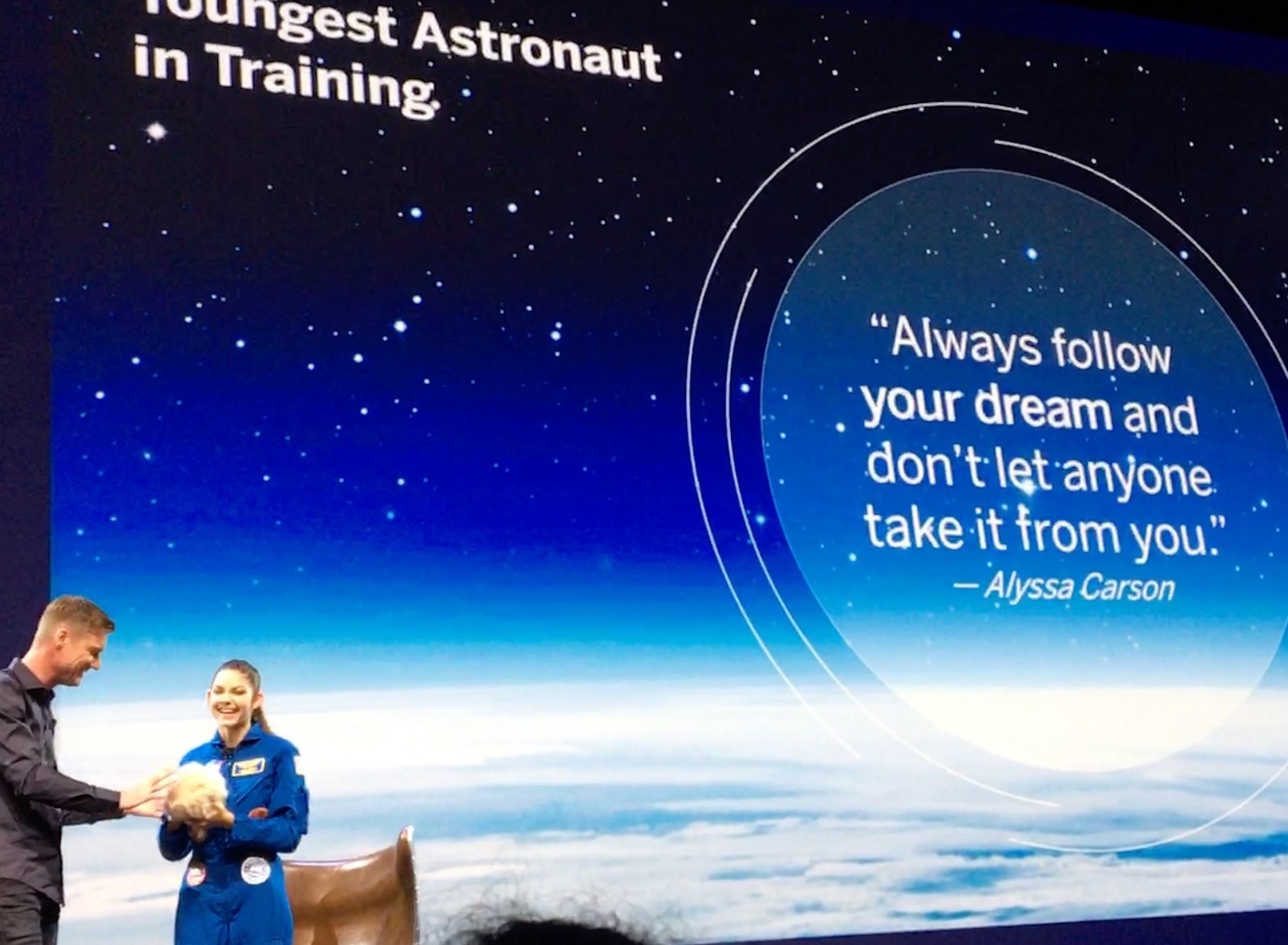 During Teched I noticed that SAP is more open than ever before and internally aligned.

You noticed this already on the keynote with the announcement of the open connectors but also on the changes in the cloud platform. SAP is not only using their own software but also looking to other open source software and implementing it into their platform.

This brings me to the new cloud programming model. It can be used to create a local java or Nodejs project on an SQLite database! It’s also a great example on how SAP is aligning everything. The new cloud programming model is using the same CDS concept that we know from ABAP and HANA. (CDS for ABAP and HANA are not exactly the same but it’s the same idea) CDS in the new Cloud programming model is comparable to the XSOdata in HANA. Based on the CDS file, it will generate a complete middle layer in Java or Nodejs and is able to work together with CDS for HANA. That combined with annotations and Fiori elements allows you to create a full stack app in no time! Not convinced? Try it yourself by following this tutorial: https://github.com/SAP/cloud-sample-spaceflight-node 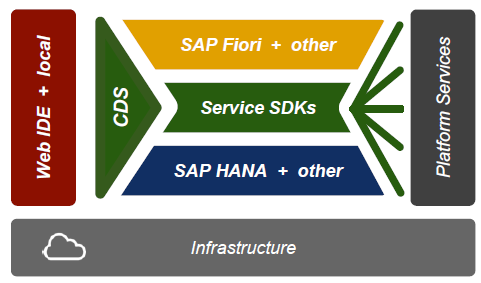 Besides this new programming model, SAP is also harmonizing the UI of all the different products with Fiori 3! Fiori 3 cannot be seen any more as a product but more like a concept. You still have the Fiori launchpad but you have to see this separate from Fiori 3. Fiori 3 will be the design of the UI that all software of SAP will use, like sfsf, hybrid, portal… SAP is working on a SCSS library that all these products can adapt and have the same look and feel. They already published an example online: https://sap.github.io/fundamental/index.html but not sure if this is the definitive version for Fiori 3. It will probably change in the future, but the idea would be the same. One design, even if there is a different technology behind it! Together with that, the co-pilot will be in the center of the Fiori 3 design instead of a floating box.

Definitely check the session about Fiori 3:

Same for mobile, with the Fiori SDK for mobile they have again a harmonized UI for Web, iOS and Android. On top of that they created a framework that uses the iOS and Android SDK for creating hybrid apps, called mobile development kit (MDK). This framework is well integrated in the SAP Web IDE and allows you to create a basic business native app with a few clicks. It also allows you to create custom native controls for more advanced apps. Currently it only supports iOS but will support android in Q4 this year.

This MDK also contains a very powerful and probably unknown feature for most of you, the Mobile OData Service Generator : https://blogs.sap.com/2018/09/28/how-to-build-your-mobile-odata-service-from-scratch/

If I had to start with a new mobile app, I would use this MDK framework! In case you really need to create an advanced app, the native SDK is maybe a better approach. Last but not least, ABAP in SCP! I know some of you are skeptical about it, but this is a game changer that opens a new world for all ABAP developers. They will be able to create OData services in the cloud in the same language that they are familiar with for so many years. They can use their good ABAP skills in the cloud. The system is maybe not completely what it should be, but it’s a first step in the good direction. I think that a lot of things will change in the ABAP Cloud service, like for example the way you create an odata service or the size of the instance… a lot will change…

Just imagine that in a few years from now it will be easier and cheaper to create an OData service in the cloud with ABAP instead of Nodejs or Java. Like Björn said: “No future with only ABAP, but no future without ABAP” or like Lars Hvam would say “ABAP is like the sun, it will keep shining for a million years”

We can conclude one thing for sure despite from all opinions, ABAP is here to stay and has never been more alive!

One more thing, sap did a real good move by buying recast ai. It’s really promising and will be very important in the future! Check it out at website: https://recast.ai

Also check the podcast we’ve created after day 1 and 2:

Thank you for the recap Wouter - I watched the Fiori 3 session replay last week, and agree with your enthusiasm for both this and the cap model.

Nice summary, Wouter.  FYI the early adopter program for the MDK on Android has just been announced