Remember our Tutorial Mission contest for a chance to win passes to SAP TechEd?

Meet one of our winners: Emanuele Ricci 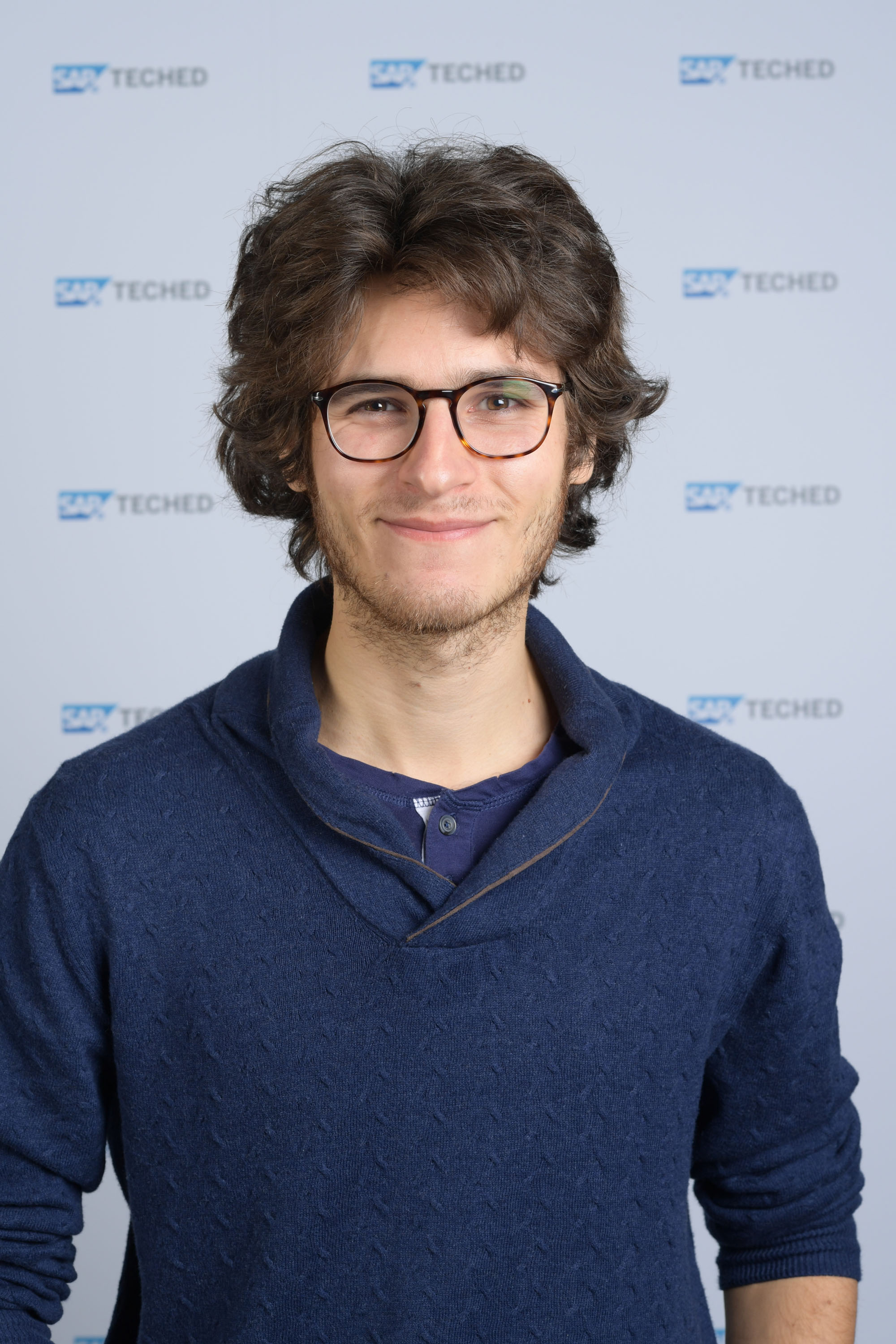 I met up with him at SAP TechEd in Barcelona. Keep reading for a brief interview where we talk Emanuele’s experiences with the SAP Community.

KM: Tell us how you came to be here at SAP TechEd 2018 in Barcelona.

ER: With a lot of luck and commitment! As soon as I saw the Tweet about the tutorial mission to win a ticket I started following it. I felt really lucky at the time and I so badly wanted the opportunity to come to this amazing event. All the previous years I watched people Tweet and share videos of the event and I kept thinking “the next time I have to be there!”. And in the end, it really happened. I felt a little bit like the young boy that found the golden Willy Wonka ticket. ?

KM: Tell us about a positive experience you’ve had with the SAP Community

ER: The community is a really important aspect of my day job. It’s a place where you can ask a specific question and get an answer from an expert within a couple of hours. To be fair, I’ve asked questions only a few times. I usually prefer to look at the source code of the framework (SAPUI5), talk with other developers, and then only if I realize that I’m trouble, will I post a question. But I actively visit the SAP Community on a daily basis to answer posted questions.

KM: How does the community allow you to engage with and/or give back to others?

ER: I’ve always loved to giving back to others what I’ve learned so far. Usually, after I’ve fixed a problem and found a solution, I create a blog post about it because I know that sooner or later other people will encounter it as well and they will thank the developer that already provided a solution.
In the last two years, I’ve invested a lot of my spare time to Emanuele Ricci because I think that it is an important thing to do to both improve yourself and help newcomers. My effort allowed me to gain the title of SAP Developer Hero 2017, it was an honor for me to get so much visibility and I was so proud to get that achievement.

My big dreams are to first become a moderator in my focus area (SAPUI5) and then to become an SAP Mentor. It would be amazing!

KM: What do you like the most about engaging with the SAP Community?

ER: I like the feeling of satisfaction and accomplishment at the end of the day. It feels really good to have at least helped someone to solve a problem (something that developers love ?).

KM: What have you gained from being a part of this community? How has the community helped you?

ER: First of all, I’ve made a lot of new friends. It’s amazing when you go to SAP events and you can say hi to a lot of far more talented developers that recognize you as a fellow community member. It’s like a family reunion (we’ve already organized an unofficial UI5 meetup for tapas for Teched Barcelona!). I very much enjoy being a part of this community because you can share your ideas or learn always new things.

But the thing that I like the most is the way you can connect directly with SAP core team developers. It’s something that it’s amazing because you understand that SAP really cares about you (the developer). They’re doing an amazing job investing a lot of time and resources to grow the community.

I've had an amazing conversation with Emanuele when I met him at SAP TechEd Barcelona.

This was my first TechEd as well and, like him, I had the sensation of finally meeting in real life with a lot of people whom I've known online for a couple of years now.

Another nice thing is that we have very similar experiences with the SAP Community. I've started participating back around 2007 and I've been growing my engagement in the last two years. I think that real events like SAP Inside Tracks, Stammtisches and SAP TechEd are tremendously valuable to network, to gain and share new knowledge.

I hope we can together make more of this and bring more people.

Douglas, it was fantastic to have you with us in Barcelona and to speak with you. I'll follow up with you about our interview shortly. 🙂