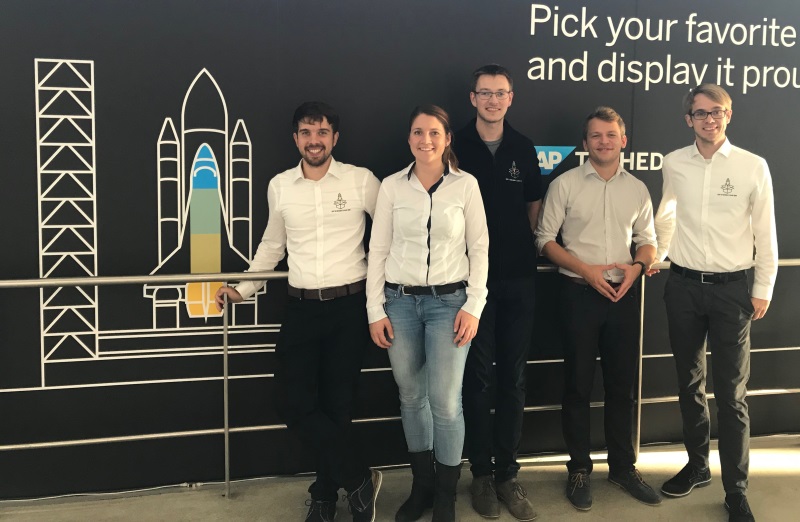 First of all, let’s revisit the big announcements involving the SDK this week.

One of the big news at TechEd was that SAP launched a partner program for building microverticals that extend the functionality of SAP S/4HANA Cloud. As mentioned in the press release, the SAP S/4HANA Cloud SDK is there to help partners build those applications on SAP Cloud Platform that deliver capabilities for specific industries. And, as we are glad to hear and read in the press release, the SDK fully delivers on this promise, because it “significantly enhanced the development process for extensions for SAP S/4HANA Cloud”, citing SAP partner Beyond Technologies.

We got great feedback on the SDK from partners that are using it to build cloud-native applications on SAP Cloud Platform. In an interview with Sven Denecken, Head of Product Management SAP S/4HANA Cloud, two partners shared their experiences with the SAP S/4HANA Cloud SDK, one year after its launch (direct link).

Leonardo De Araujo, CTO at Beyond Technologies, said: “The SDK is really helping us here to accelerate development.” In particular, he pointed out that it saved “… probably 50% of development time.” He demonstrated this with the capabilities of the SDK to generate classes that make accessing any OData services easy.

Helmut Königseder, lead IT consultant at MSG Group, mentioned how the SDK allows creating business partners in SAP S/4HANA Cloud (and many other business objects with its Java virtual datamodel) “with just a few lines of code. The SAP S/4HANA Cloud SDK manages all the other parts of the integration.”

All the good news on the SDK didn’t go unnoticed, and were also covered in IT news elsewhere.

Sven and Philipp Herzig, development manager for the SAP S/4HANA Cloud SDK, did recap the announcement and partner feedback in a separate live interview on the showfloor (direct link).

Sven and Philipp in particular pointed out that we at SAP are using the exact same tools provided by the SAP S/4HANA Cloud SDK also internally, be it the Java libraries, the continuous delivery toolkit, and the SDK for JavaScript recently launched as beta. With the SDK, we are giving these best practices into the hands of customers and partners.

We didn’t only talk about the SDK ourselves, though. In addition to the interviews mentioned above, the partner MSG showed in an innovation talk (recorded) and in a demo session how they build a microservice-based side-by-side extension, supported by the SAP S/4HANA Cloud SDK. In particular, they are impressed how the continuous delivery toolkit of the SAP S/4HANA Cloud SDK helps them continuously deliver their application with minimal investment and live a DevOps mindset.

Everything of course started with the keynote delivered by SAP Chief Technology Officer Björn Goercke. Already in Las Vegas, the SDK was part of the keynote, there delivered by Bernd Leukert, Executive Board Member of SAP SE. This time in Barcelona, the references were more subtle, but nonetheless the keynote in Barcelona showed the importance of the SAP S/4HANA Cloud SDK and the concepts it promotes.

If you have seen our openSAP course announcement (or any other of the SAP S/4HANA Cloud SDK material prominently featuring a rocket), this opening sequence of the keynote may have seemed familiar to you on a visual level. Also from a content perspective the analogies align: With the SDK, we are helping you to go into space, that is, to build Cloud-native applications that extend SAP S/4HANA.

Later in the keynote, during the demonstration of the application programming model for SAP Cloud Platform, the space flight agency was extended by consuming an OData service of the master data management service on SAP Cloud Platform. The SAP S/4HANA Cloud SDK is the tool of choice in the application programming model to consume such OData services via the Java virtual data model and the Java VDM generator, which is integrated into SAP Web IDE (see our tutorial). With this, you can easily consume such OData services in a type-safe, fluent, and resilient manner.
In fact, directly after the keynote we had a hands-on session which showed exactly this in action, at the example of the business partner service in SAP S/4HANA Cloud.

The keynote also announced the functions-as-a-service beta offering on SAP Cloud Platform. A demo showcased how to create a JavaScript function that reacts to an event and gathers additional data from SAP S/4HANA. For these scenarios, you can use the SAP S/4HANA Cloud for JavaScript (beta).

Finally, Björn emphasized the message “keep the core clean”: adaptations to SAP S/4HANA and other SAP solutions should be done using the side-by-side and in-app extensibility options. The SAP S/4HANA Cloud SDK is there to help customers and partners realize this important concept. Keeping the core clean means more stability, easier upgrades, and the possibility to embrace the benefits of Cloud-native development to quickly deliver scalable and reliable business applications and extensions.

In case you have missed our sessions about the SDK in Barcelona, don’t despair. If you are a TechEd participant, you can get the material from the TechEd app or website. Everyone can watch the recordings of two session from Las Vegas: one on the SDK in general and another one on intelligent extensions. Finally, you can of course meet us again and visit those sessions at TechEd Bangalore.

And: last but not least, everyone can experience the SDK in action in our upcoming openSAP course, for which you can register today.