Another year has passed and with it we’ve had another successful instalment of the IT Conference on SAP Technologies. As usual, this was a community event with a public call for papers and a public enrolment, albeit sponsored by our local SAP partner, .msg systems.

As you can see in our teaser video, I really enjoyed listening to the very interesting presentations and also had the chance to share some of my own knowledge.

Following the established pattern of the past edition, we had:

We perfected the format slightly by hosting shorter talks of 30+15 mins, with 15 min breaks in between for networking. As always, we had a very varied palette of topics: 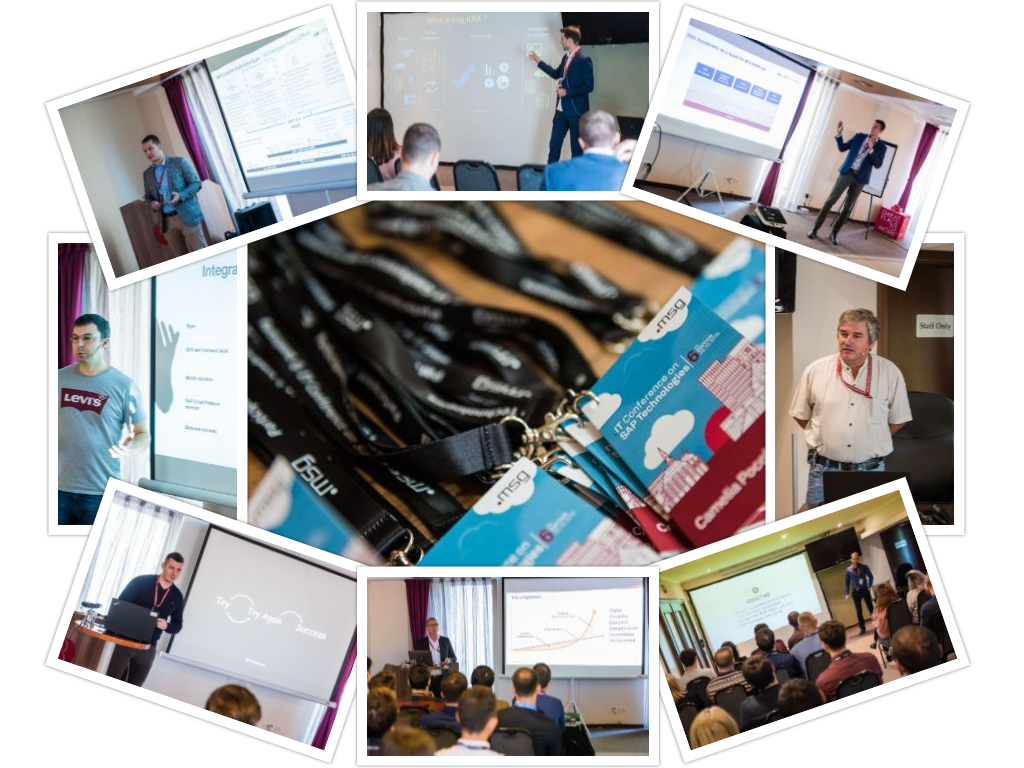 Even if some of our speakers did live coding, we could not waste an opportunity to exhibit some of our more innovative apps and prototypes.

Micro-services are all the hype these days in the enterprise world (even if they faded out of fashion some years ago in the mainstream), and we had a panel for our very own Spring Boot, SAP Cloud Foundry, UI5-based reinsurance solution.

We are not only interested in digitalizing data and processes, but also in generating valuable insights. With this in mind, some of our colleagues tackled the problem of determining insurance reserves based on claim data by using deep learning.

Virtually any company has to deal with pesky paper forms and some even have whole departments for copying the forms in their system of records. The Smart Input Management prototype was aimed at reducing this effort.

But the app which stands out the most for me is the one that I built myself: the feedback collection app. Powered by HANA, it revealed in real-time how well the conference was going. 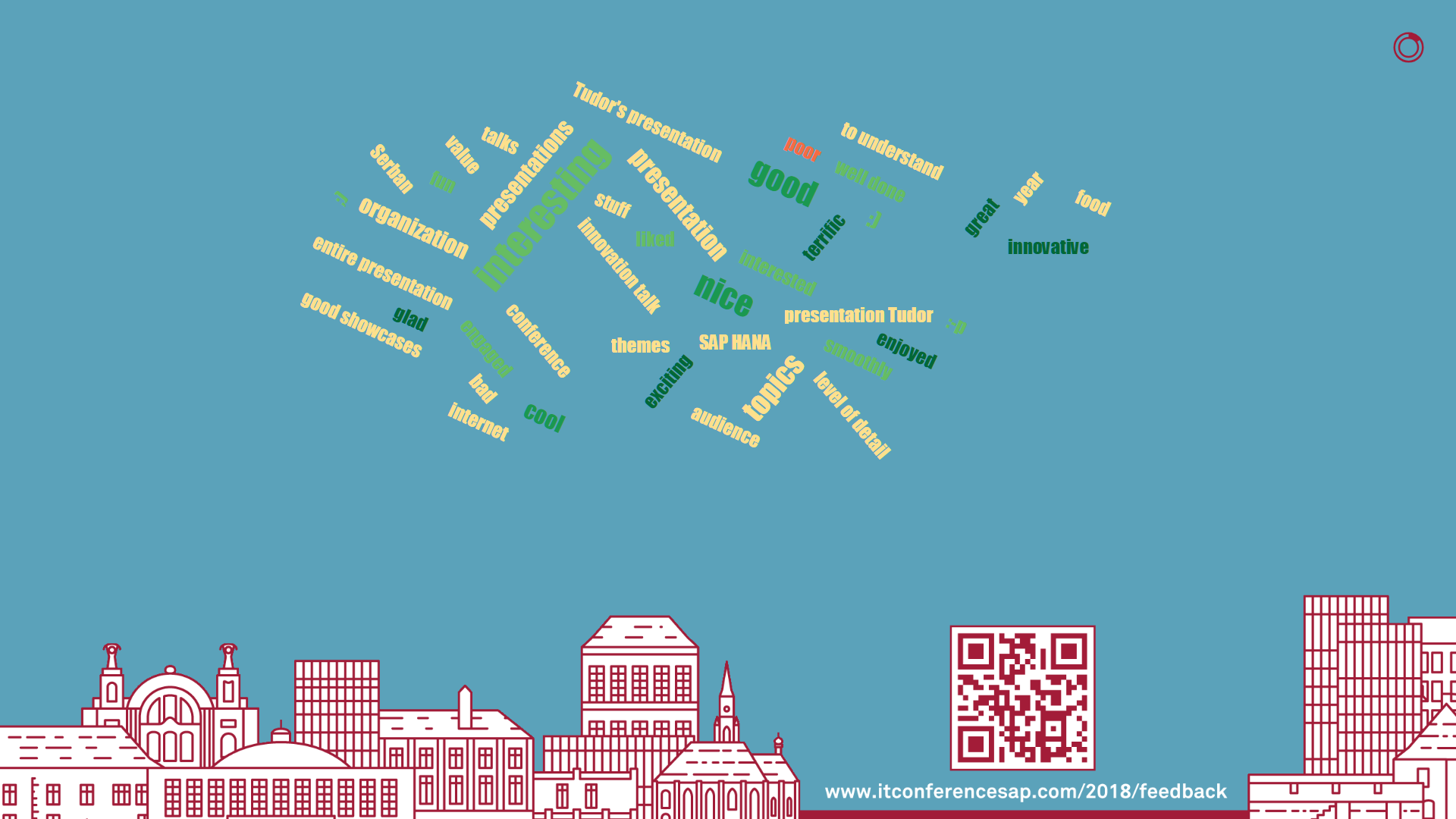 Our discussion panel was very diverse: Bernd provided a sales insight into the changing trends of the market, Horea explained how they translate into the ever fluctuating requirements of our customers and Adrian together with Helmut brought them back to Earth by unfolding all the challenges that we developers face in our day-to-day lives. Victor did a very nice job as a moderator and steered the discussion into less familiar territories: the local market, the impact of governmental regulation on IT and how the organisational structure must evolve to keep up the pace.

I hope everyone appreciated the conference as much as I did and I hope that we will see each other  again. We’re sure to host another addition next year in autumn, so make sure to keep an eye open for announcements related to the exact date, the call for papers and the registration process.