From September 26th to 28th I had the opportunity, along with over 100 other SAP employees, to attend the Grace Hopper Celebration (GHC) in Houston, Texas.  GHC is an annual event Produced by AnitaB.org that brings together women technologists from all over the world.  The SAP Cloud Platform organization had several employees speaking at GHC, which you can read more about here. 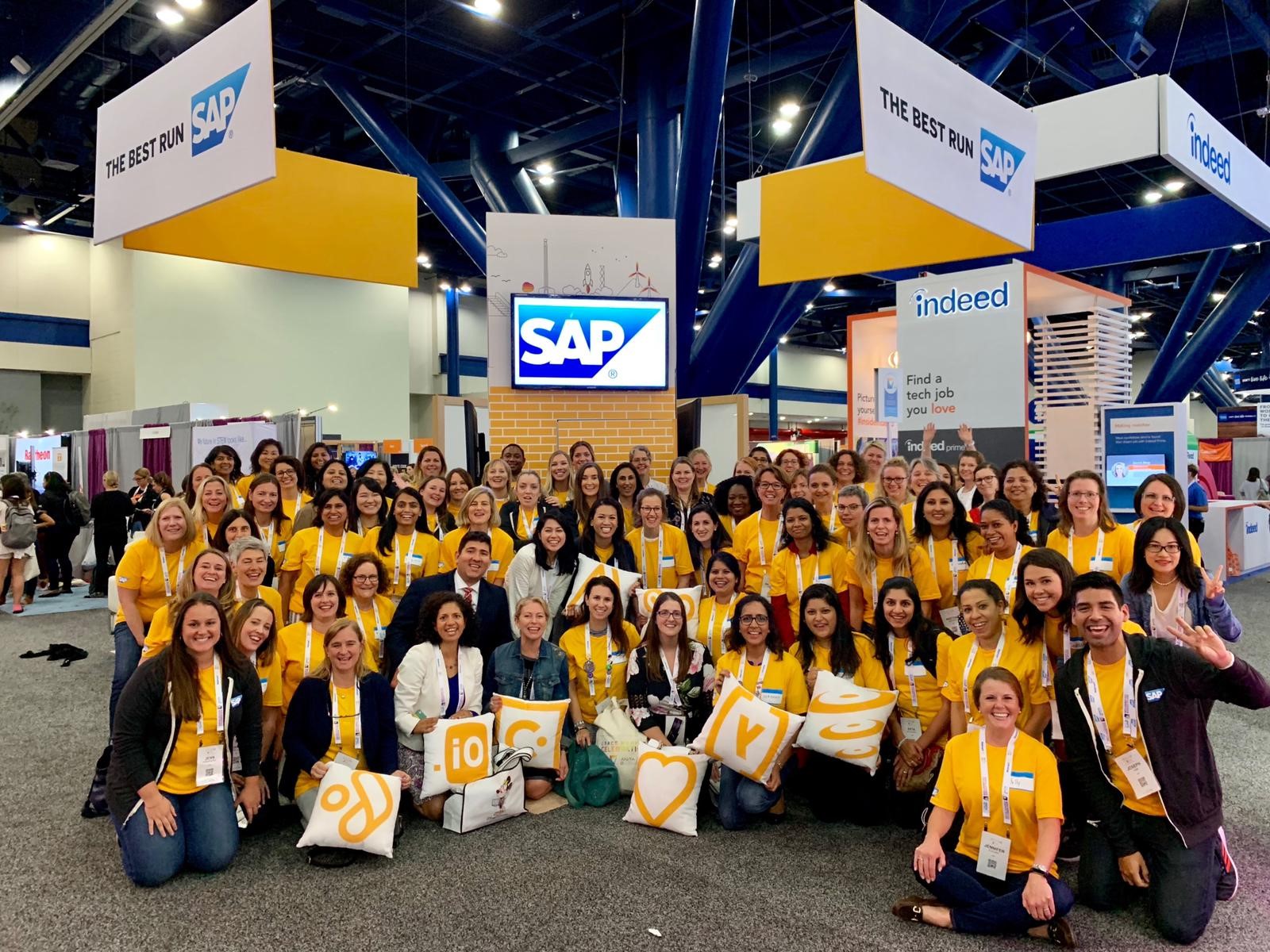 This was my first time attending GHC, so I wasn’t quite sure what to expect.  Everyone that I spoke to that had attended GHC in the past highly recommended the event, and my experience certainly lived up to those expectations.  Besides the chance to be in the same room with over 20,000 women in technology, there were many highlights for me.  The event offered a very diverse agenda of both technical and personal development sessions, so It’s difficult to only mention a few of the ones that I attended.  But these would be my top three:

Anyone who can jump rope in high heels on stage in front of 20,000 people – with a criss-cross move no less! – is bound to impress.  But it was Jessica O. Matthews’ innovative and can-do spirit that captivated me during her keynote presentation.  She has taken a simple but creative idea to harness energy from soccer balls and jump ropes and use it to make a significant positive impact on the lives of those living in parts of the world without regular access to power.  She has grown these innovations into Uncharted Power, a successful company with a diverse employee base that builds renewable kinetic energy solutions.  I look forward to seeing where she goes from here.  In her own words: Elon Musk she’s coming for you!  You can watch Jessica’s entertaining keynote here:  https://youtu.be/o7QO0VRTDUE?t=3489

In my role at SAP as a manager of DevOps engineers that keep the SAP Cloud Platform up and running, the Grace Hopper Celebration was an excellent opportunity for me to hear and learn from the experts in Site Reliability Engineering.  I attended sessions led by experts in this space from Netflix, Google, Salesforce, Pure Storage, and Quip, as well as some hands-on sessions that gave me the chance to play with some new opensource tools to support DevOps automation.  One of my key takeaways was that at SAP we face many of the same challenges in operating our cloud platform.  The good news is that we adhere to many of the same principles to prevent and solve them.  We are also already using some of the leading-edge open source technologies every day to operate our platform.

Other interesting technical sessions that I attended covered diverse topics including Improving Eldercare Using AI and IoT, Release Pipelines for Microservices, and a hands-on workshop about Deep Learning and IoT.

3. Anita Hill speaking on The Past, Present and Future of #METOO Movements:

If you’ve been following the news headlines from the United States lately, you’ll understand why the chance to hear directly from Anita Hill last week was so important.  In 1991, Anita Hill testified before the US senate and told her story of how she had been sexually harassed by the United States Supreme Court nominee Clarence Thomas.  Today, history is repeating itself with accusations of assault being made against the latest U.S. Supreme Court nominee.  Given these events, it feels like as a society we haven’t progressed very far in the last 27 years since Anita Hill’s experience.  But I was impressed and inspired by Professor Hill’s message: “You may not have a choice about what they do,” she said, “But you do have a choice about what you do.” She challenged the audience to tell their own stories, and to think about how each of us can drive change when it comes to discrimination and harassment in the workplace.  You can read more about what Anita Hill had to say at GHC here.

I had such a fantastic first experience at GHC 2018, and I thank SAP for the opportunity to attend.  If you’d like to see more of my GHC experience, check out my twitter feed @jodyanneleblanc.