SAP has introduced enhancements to SAP Business ByDesign to allow customers to comply with accounting standard IFRS 15/ASC 606 revenue recognitions requirements.  The series of case documents introduces the key requirements of IFRS 15 /ASC 606 along with steps to be taken by the client to implement the new functionality.

This special topic document focuses on:

The customer should have established controls to ensure an IFRS15/ASC606 compliant sales processes, ranging from sales order creation to revenue recognition in accounting. A special focus should be put on the correct RAC and POB assignment.
By default, the SAP Business ByDesign system treats every new sales order or new customer contract as new revenue accounting contract (RAC); every sales document item is treated as new performance obligation (POB). Based on the commercial agreements the sales agent can overwrite this default to represent the correct structuring of the contract and POBs in the sense of IFRS15/ASC606. This should usually happen BEFORE the release of the order.

In case of exceptional instances, despite of controls (e.g. 4-eyes principle) or due to the lack of it there is a need to change the RAC and POB assignment AFTER the release of a sales document, SAP Business ByDesign allows to do so. But, this comes with one restriction: this is only possible before final fulfillment. Thereafter these changes or not possible any more.

A change to an existing RAC and POB structure always leads to a change of the given allocation base. The changes are applied in a retrospective manner (in the terms of IFRS15/ASC606). This means, it is treated as if the new adjusted RAC and POB structure were in place at contract inception.

Late changes must be activated in scoping:

All changes lead to:

Following change scenarios have been enabled:

The next illustrations show the impact of such a change:

But please be aware: in case you repeat a run for a prior period after such a late change, repeat the runs for all following periods as well. It is up to the accountant to decide how to handle these cases: either repeat all former periods affected by the change or execute the run for the current closing period only to get the changes applied. 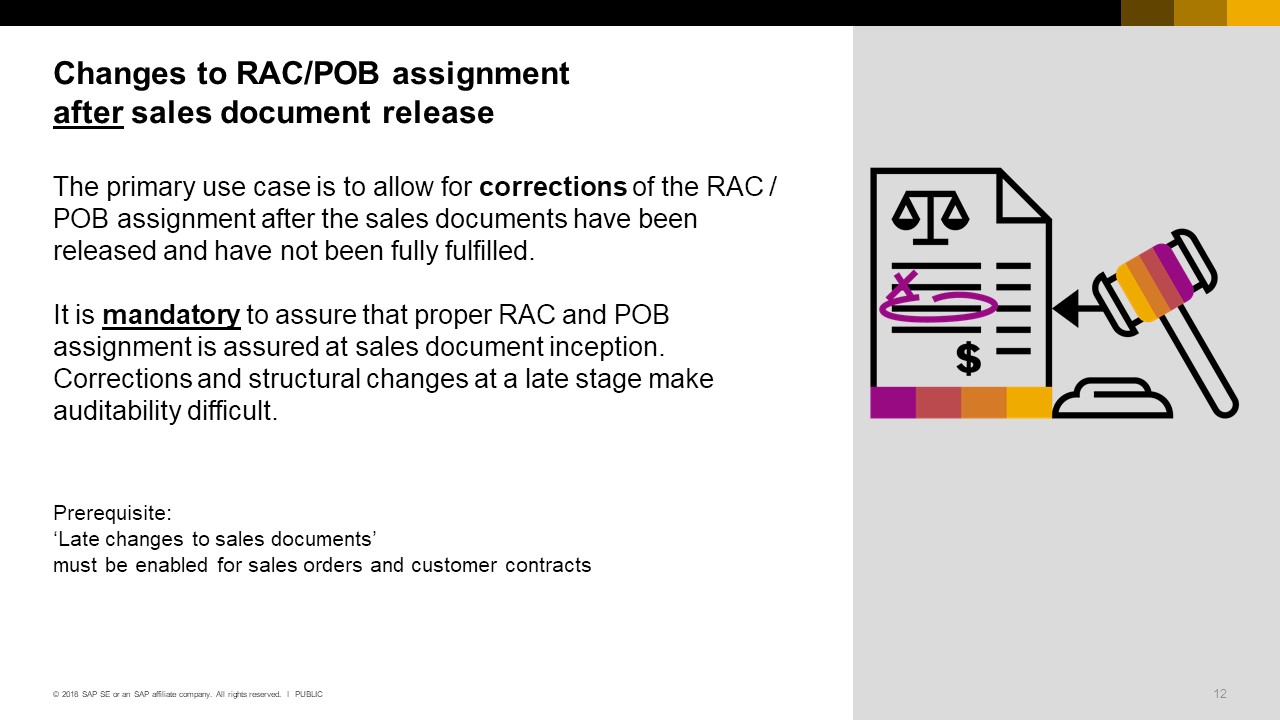 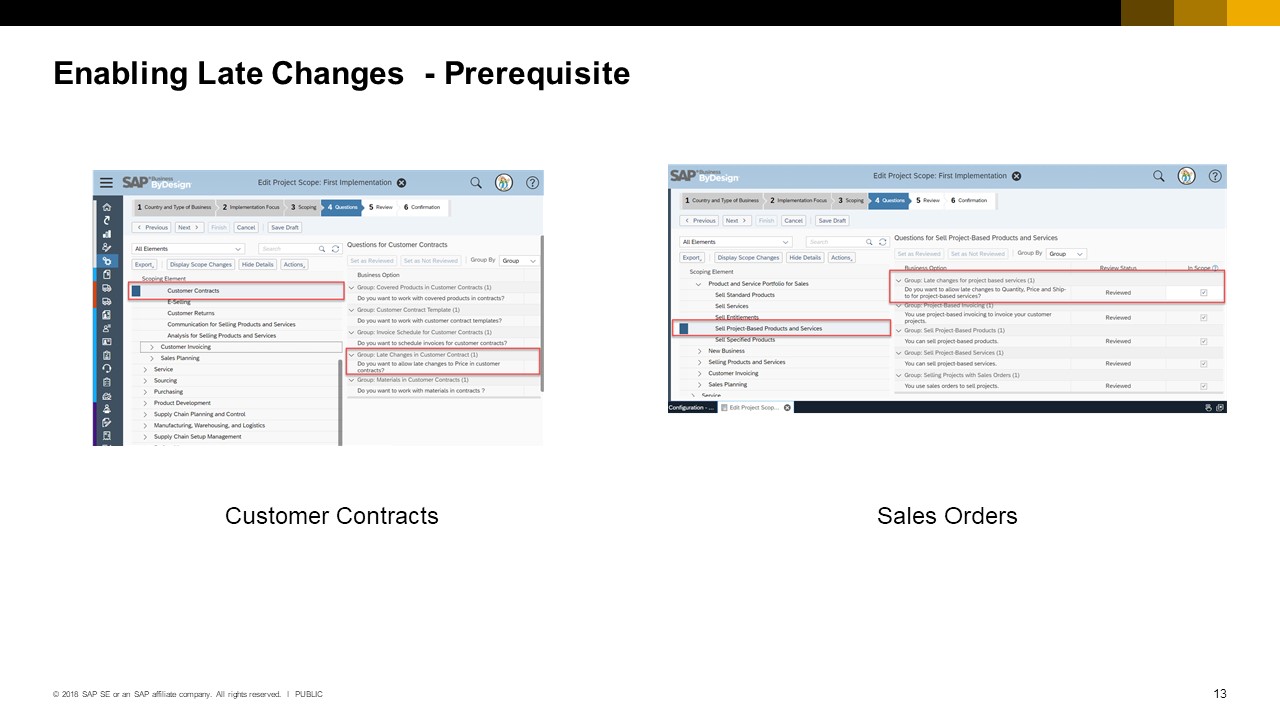 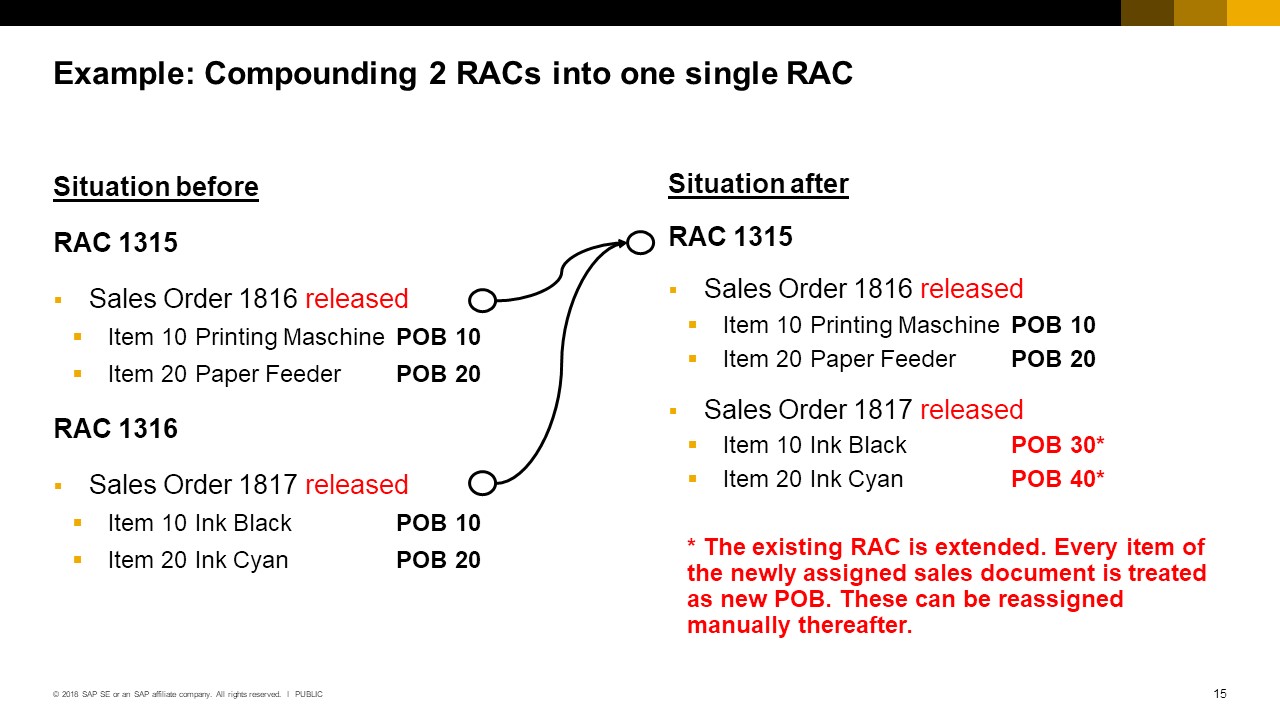 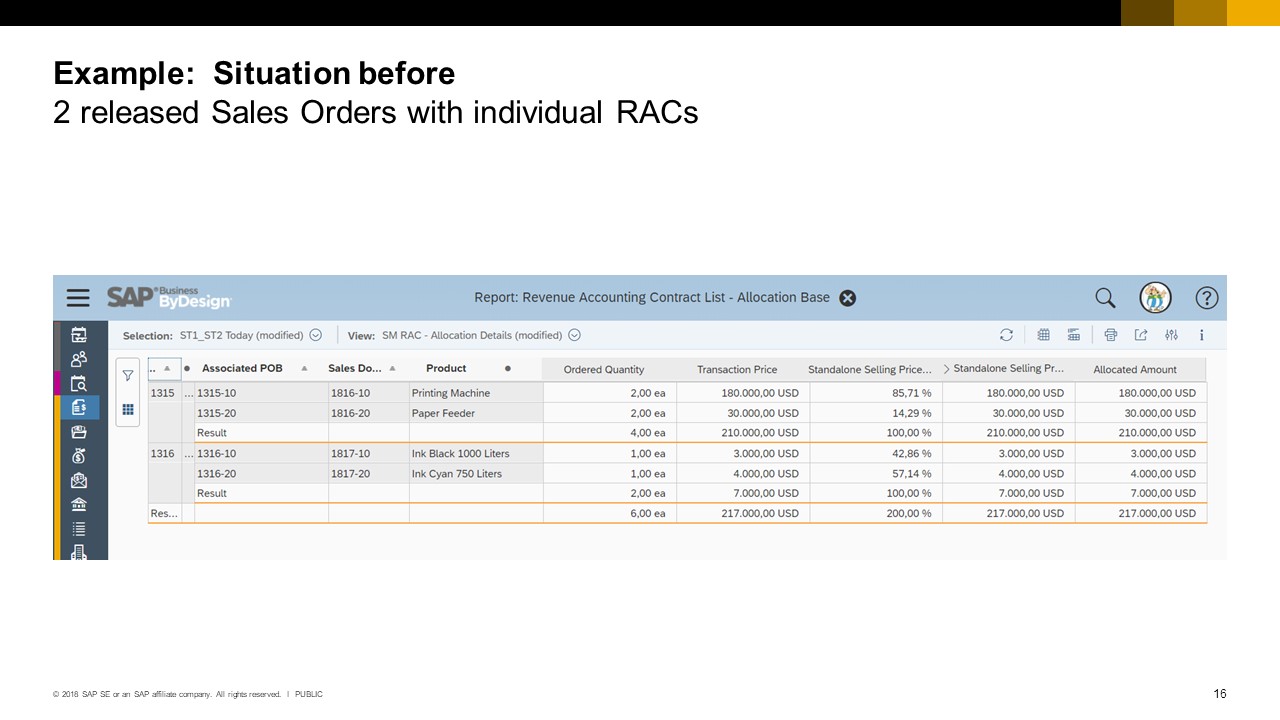 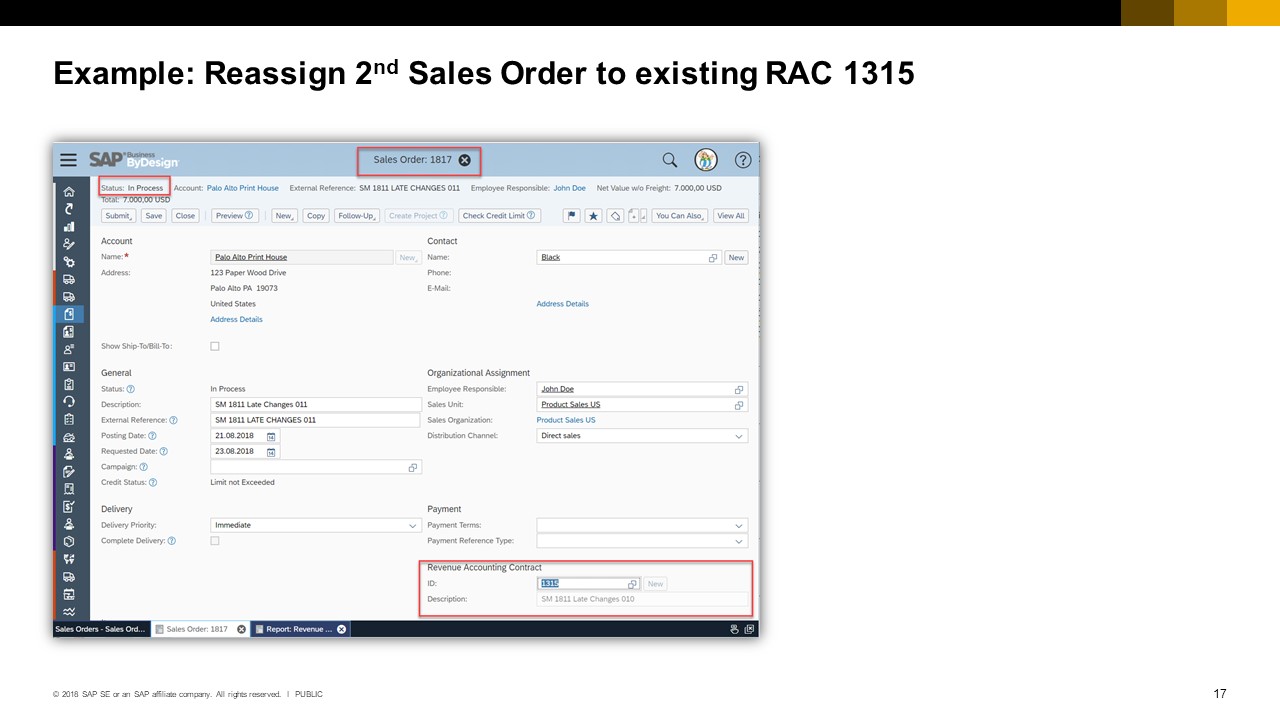 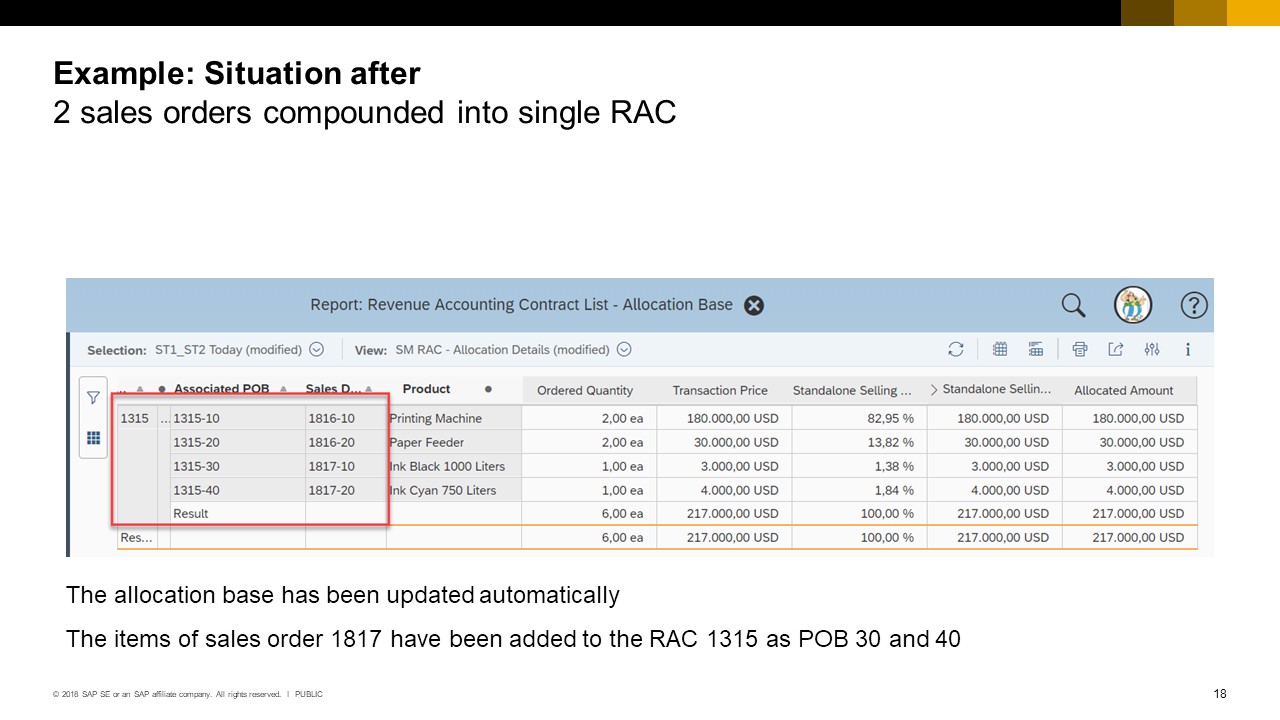 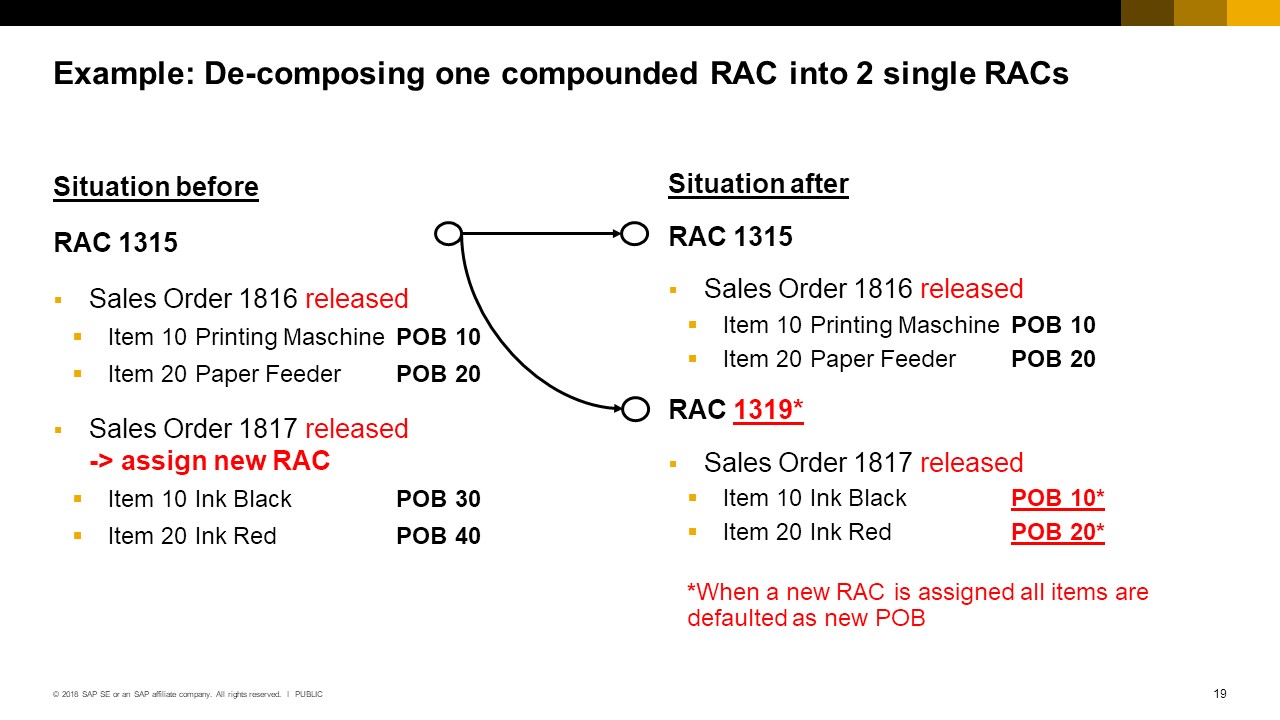 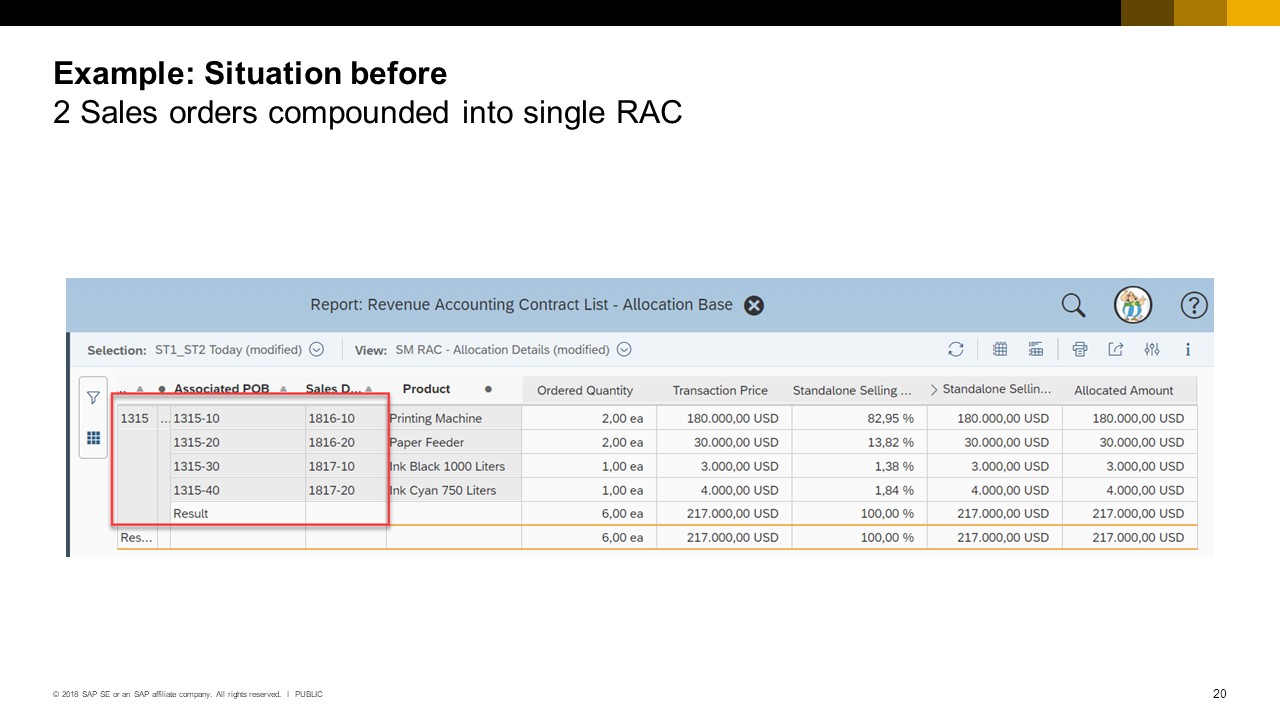 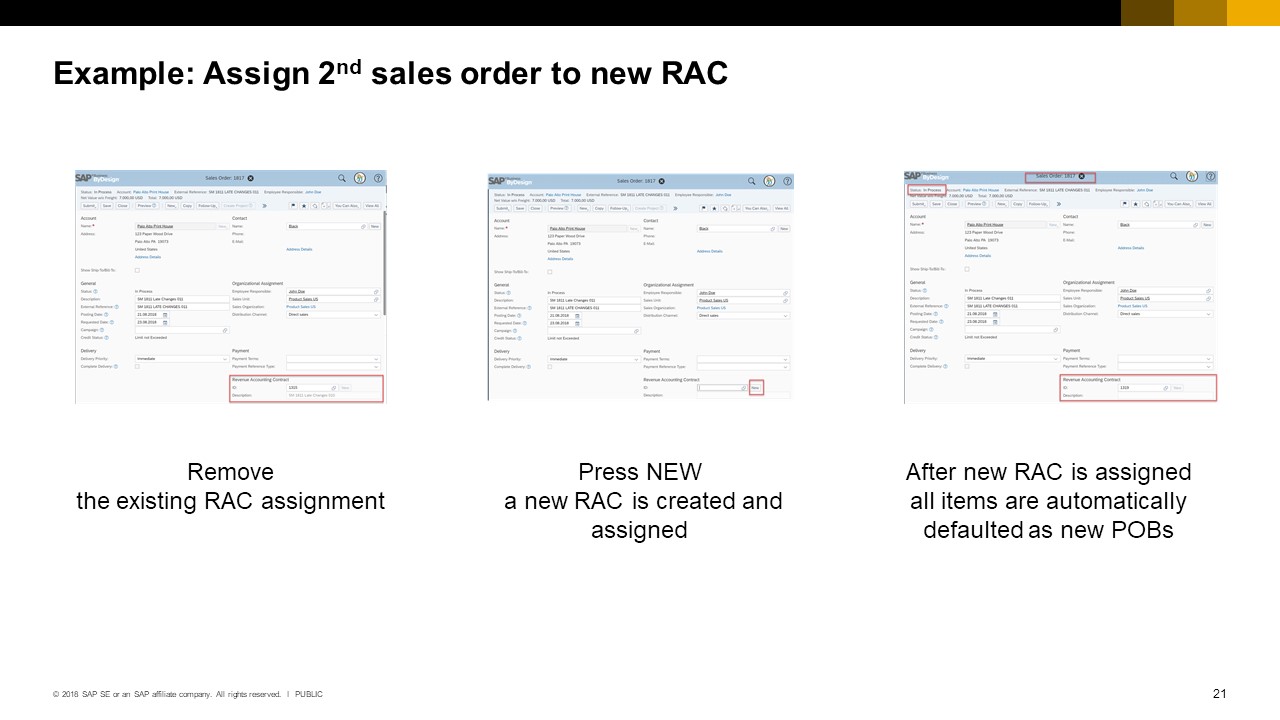 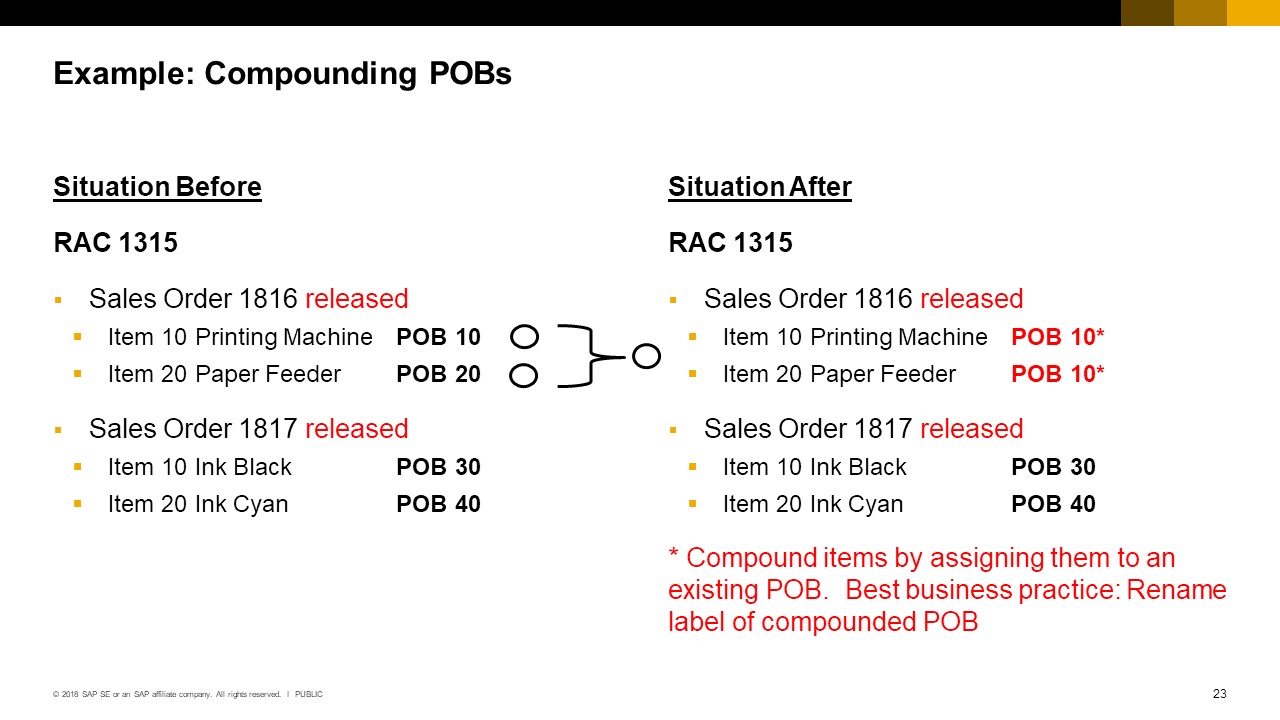 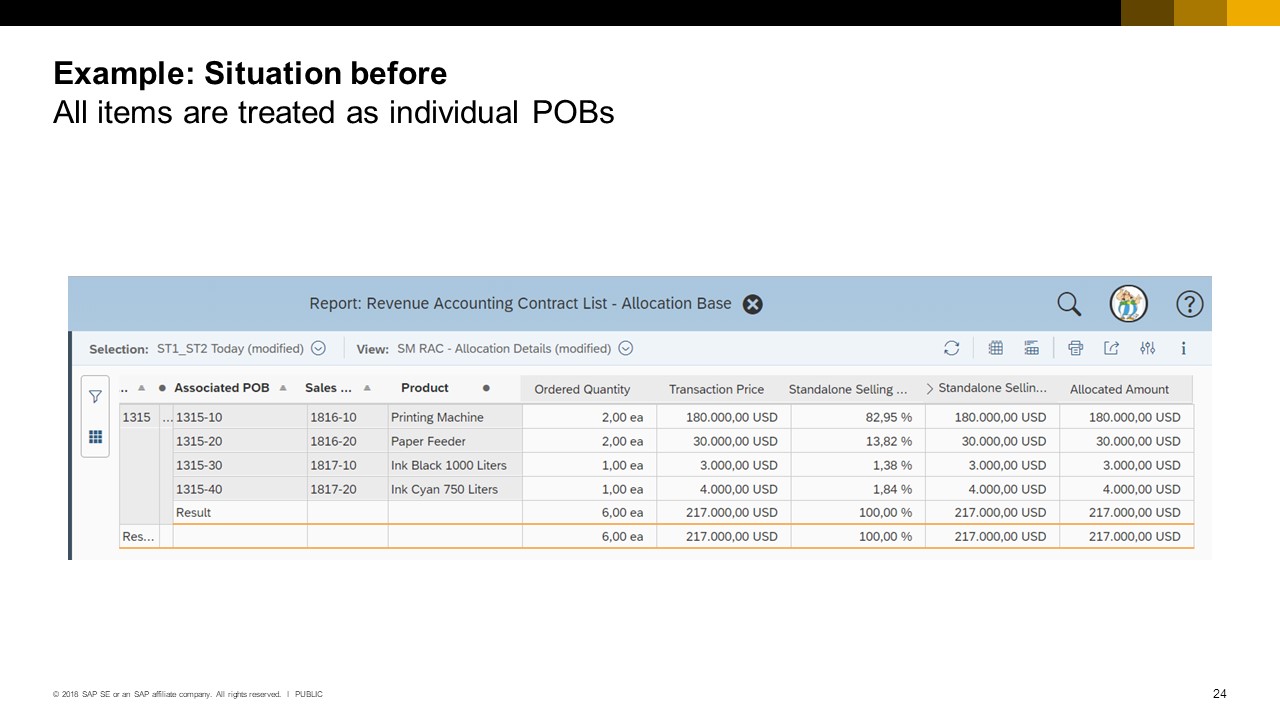 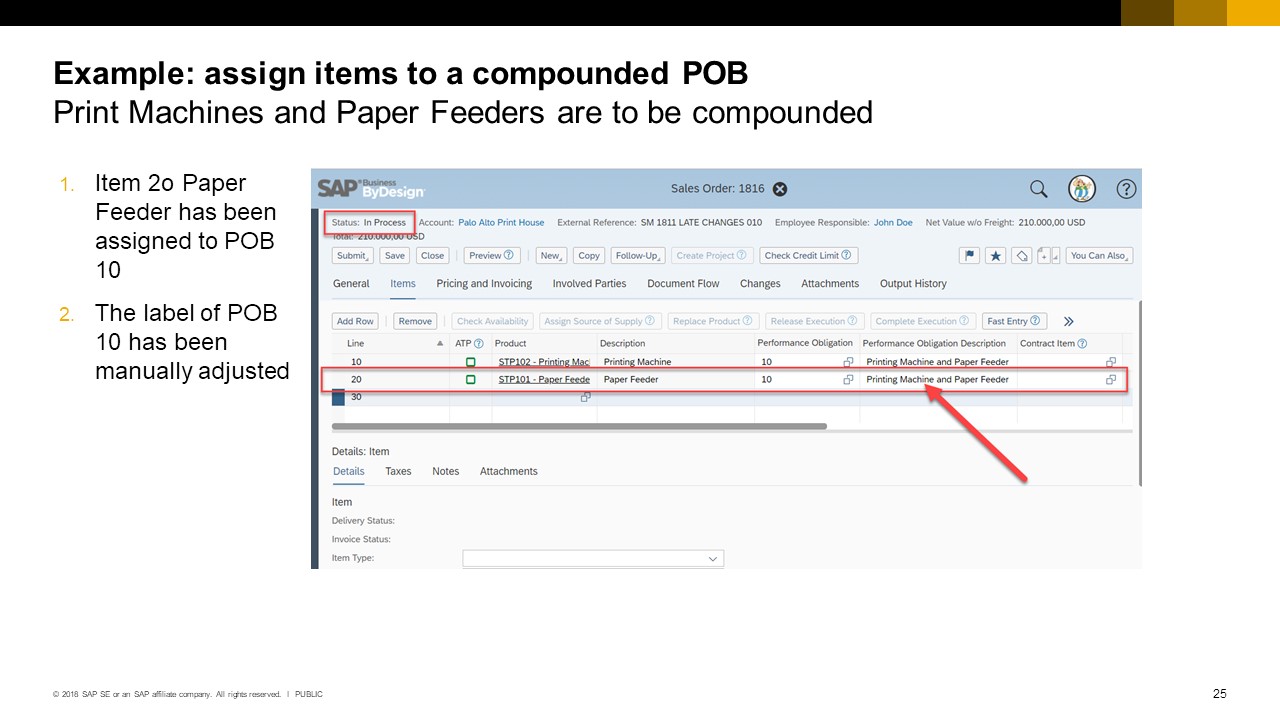 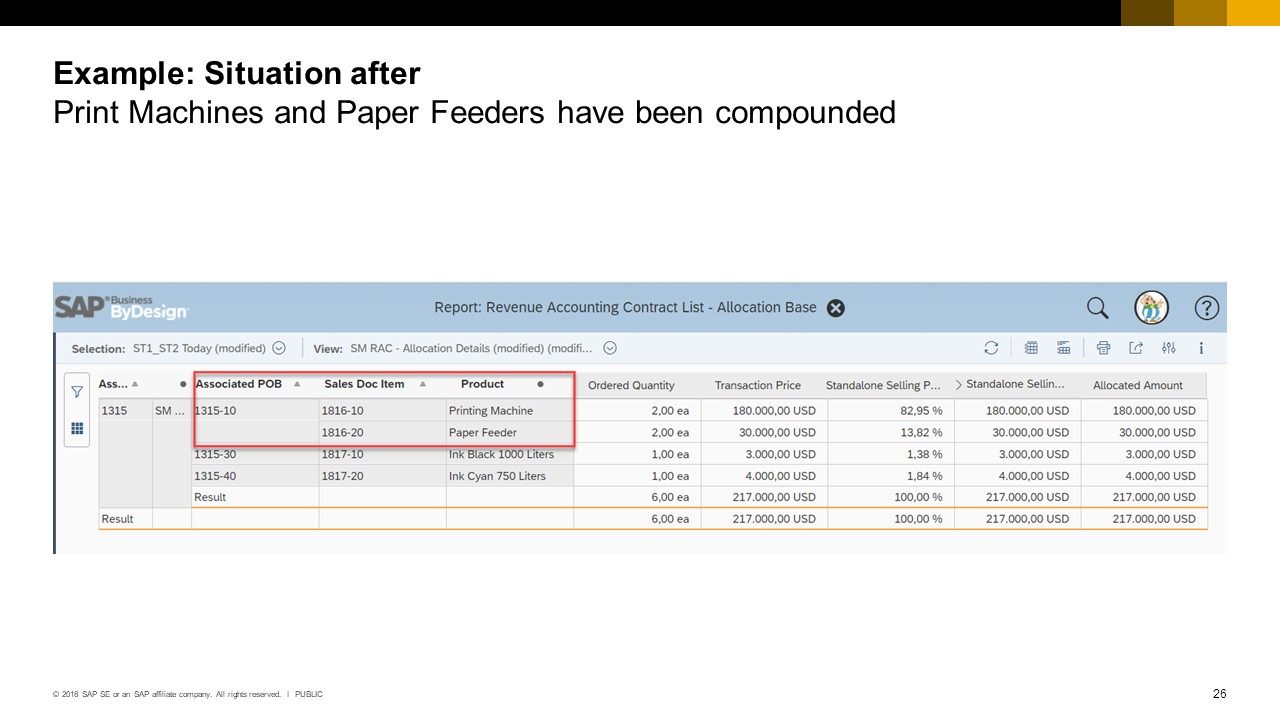 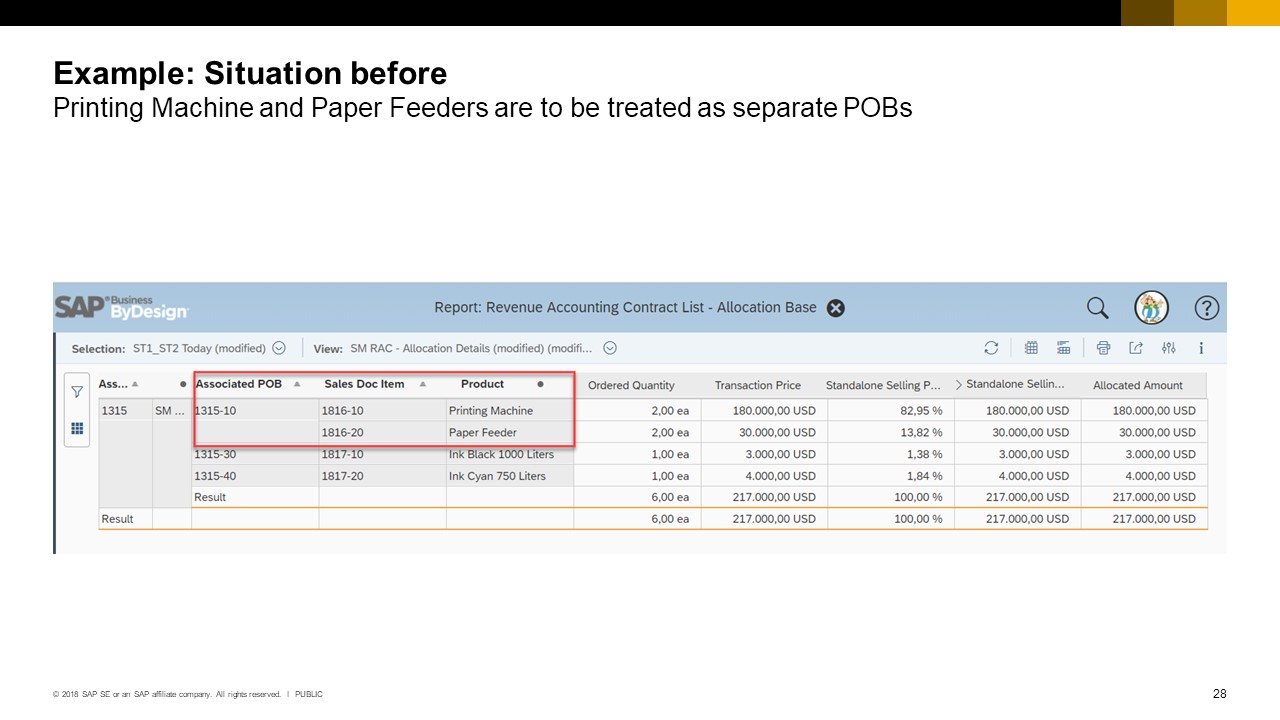 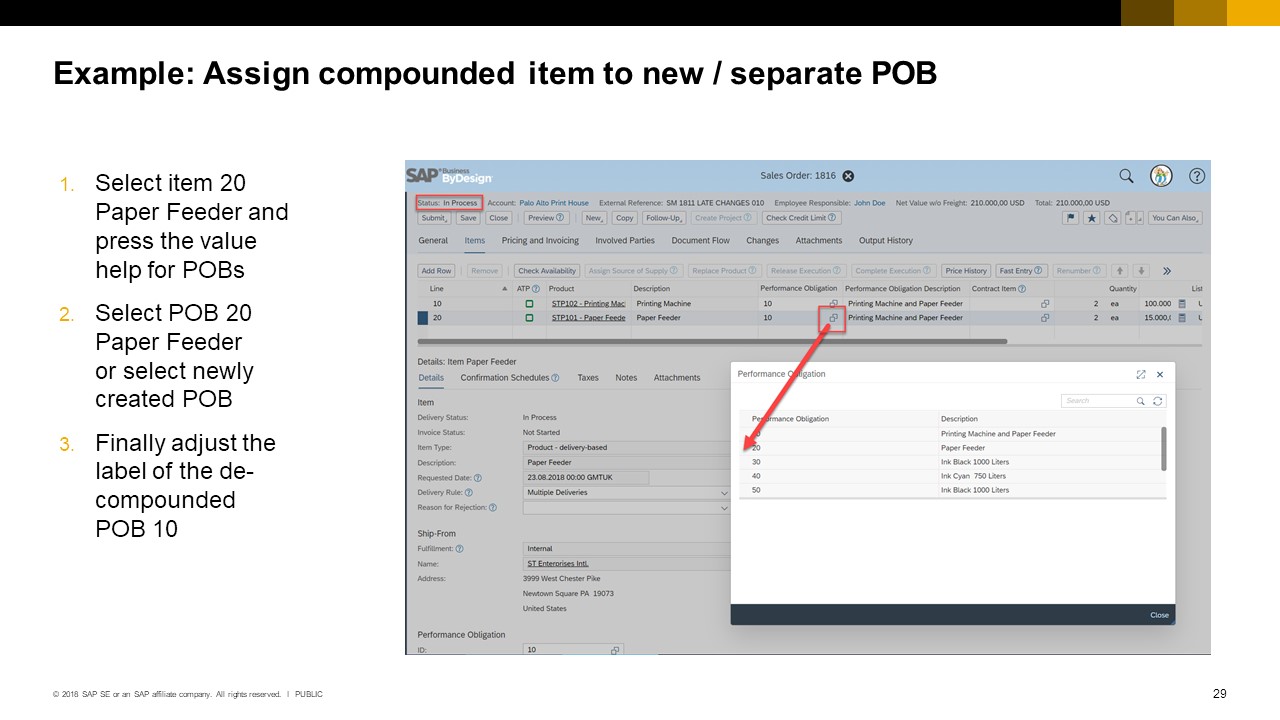 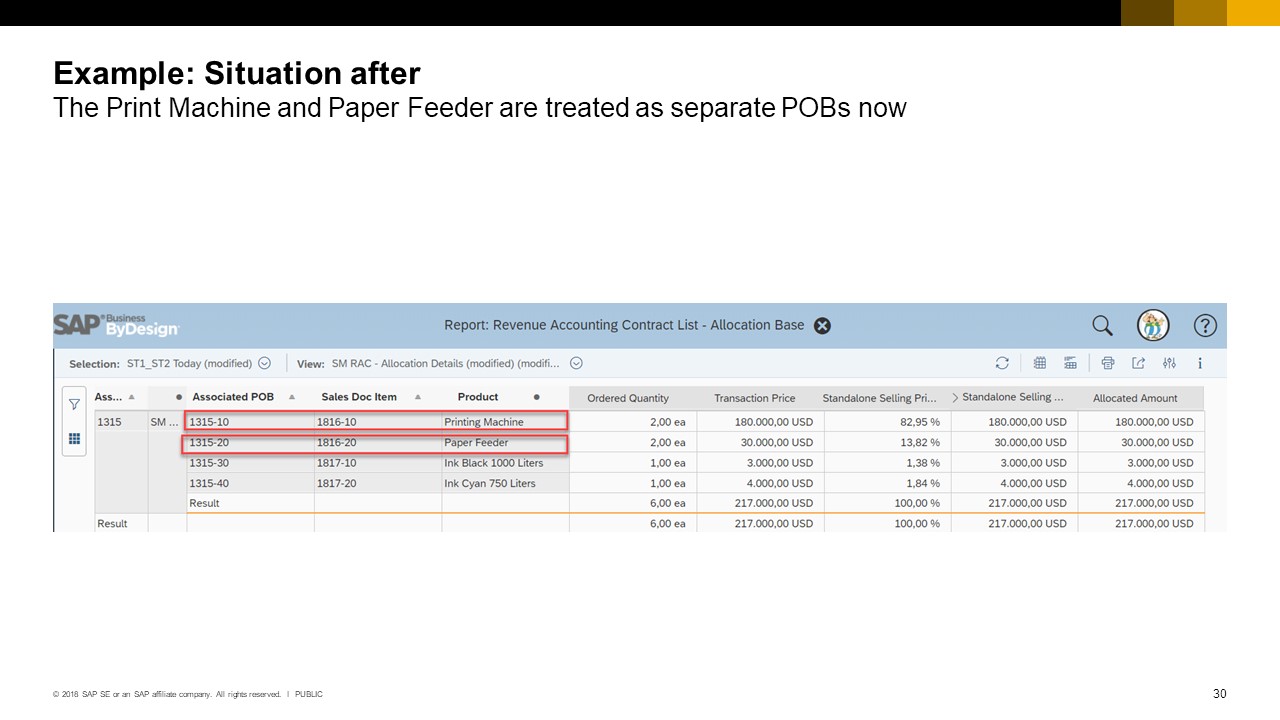