When I speak of SAP Community, I typically mean the destination at sap.com/community. But it’s been noted — and it bears repeating — that the SAP Community extends far beyond this online presence. The community includes anywhere that members congregate, such as SAP Inside Tracks, CodeJams, and even informal get-togethers. In fact, last week, I (along with colleagues from the Developer & Community Relations team) was at SAP TechEd in Las Vegas, where I had the privilege of chatting and socializing with the people who make SAP Community possible.

The true definition of community is something I keep in mind whenever seeking candidates for Member of the Month recognition. Oftentimes, the honor goes to someone who contributes quality content frequently to blogs and answers, but whenever possible, I also look for someone whose impact is felt outside of sap.com/community.

Which brings me to October’s Member of the Month: Jakob Marius Kjær. Back in April, Jakob, along with Simon Kemp, started the Coffee Corner Podcast. Billed as “SAP’s unofficial community podcast,” the show nonetheless has grown to become an important facet of our family. Past guests speak to this fact. Jakob and Simon have welcomed several colleagues from the SAP Community team, notable members of the community itself, and SAP executives. (Oddly enough, I haven’t received an invitation to appear yet — although, to be fair, I doubt there’s much demand for me to come on the show to debate former Member of the Month honorees about which is the superior Kevin Costner film: “Waterworld” or “The Postman.” And, no, I won’t name those members. They know who they are.)

Starting and hosting the podcast are achievements enough, but Jakob has also accomplished plenty at sap.com/community as well. He has earned both the Avid Blogger and Featured Contributor badges recently — neither of which is particularly easy to get. (Granted, some of his blog posts are about the podcast, but don’t overlook his popular insights into topics such as SAPUI5. Here’s an example.) On top of that, Jakob was just named a Community Hero, an accolade that comes courtesy of the fact that other members nominated him as such…which should tell you something.

In short, whether writing here or talking on the podcast, Jakob is exactly the kind of member the SAP Community values and needs.

Oh…and as a quick aside. While I’m heaping praise on Jakob, you might be wondering why I’m not showing any love for Simon Kemp (since he’s also part of the podcast). Simon is also indeed a rock star (and a Community Hero who visited us at SAP TechEd), but he is also a former Member of the Month, having earned that honor way back in 2012. That makes him ineligible now for Member of the Month, but it’s definitely a good time to share appreciation for his co-host, Jakob.

So let’s do that now, shall we?

Congratulations, Jakob, and welcome to the Hall of Fame!

Thanks, Jerry, I am honored to be selected. The recognition of this and the Community Hero mean a lot to me.

Before I continue, I need to ask a question so I won’t embarrass myself during the conversation. Could you please tell me how to pronounce your last name?

I’m not sure I want to tell you, as it’s often my hardest pop quiz question in my presentations. No, jokes aside, the ae is a Danish letter æ and the J is mute. So, it’s pronounced “Care.”

Thanks for that. It would have been awkward if I mangled that during the interview, which I should get back to. In your profile, you describe yourself as a “UX and innovation nerd, developer geek in disguise.” Could you tell me a little bit about your area of expertise and how you gained this proficiency?

I started as an SD trainee back in 2010 and the first time I saw SAP I was baffled that this was the greatest ERP system in the world. Since then I swore a silent oath to make SAP easier for end users to use. When NWBC 4.0 came out, I saw it as a better user experience than the GUI…I’ve been focusing on UX. Obviously the next step from that was Fiori, which took me into SAPUI5 and SAP Cloud Platform. So, my focus these days is how to leverage the cloud platform to build better SAP solutions with an awesome user experience.

Sounds impressive. So why the need to disguise your abilities as a “developer geek”?

I normally classify myself as not a great developer, but a good copier. If I was stuck only developing, I would go crazy as I’m much to extrovert for that. I try to “hide” that I’m a developer and classify myself more as an architect as I personally think my abilities are better spent there. 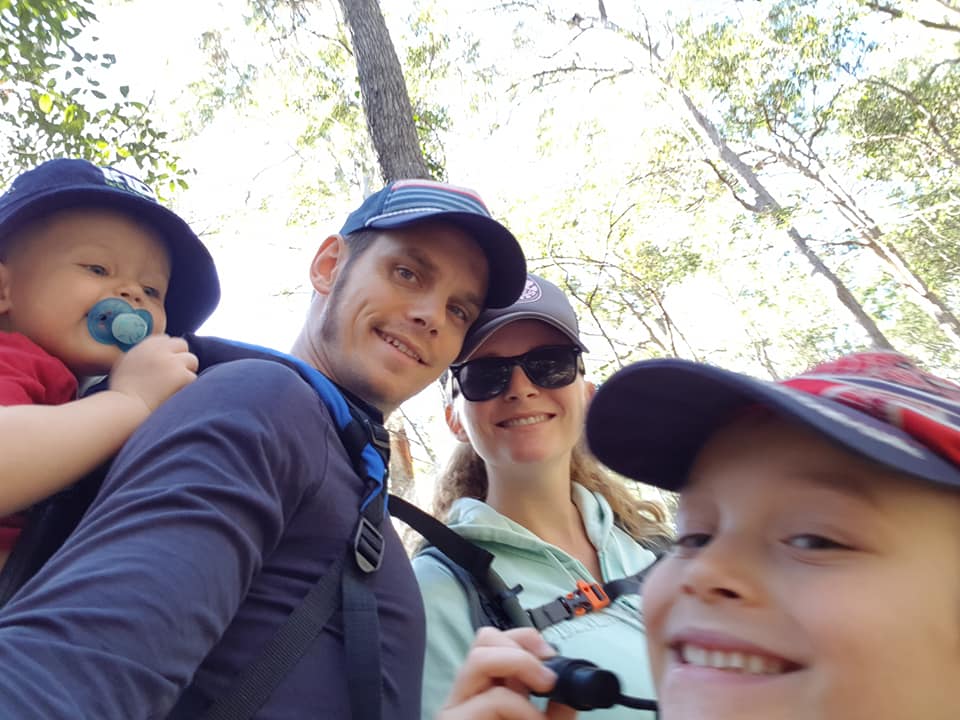 Jakob made a job change to spend more time with family — which will have an addition in December.

Your profile lists your company as Bourne Digital. Could you tell me what that company does and how you became part of it?

Bourne Digital is an Australian UX and SAP consultant company. We do the essence of what I always sought out to do — build great innovative solutions with a human-centered design. My journey to Bourne has taken me across three countries — these being Denmark, Malaysia, and Australia. When I came to Australia, I was actually working with Simon Kemp, however for family reasons I changed to Bourne in July 2017 to stay more at home with my family.

And it’s based in Melbourne. Do you also live there? If not, where do you call home and what can you tell me about it?

Yes, it is, but I’m based in Brisbane. I chose to live here when I arrived due to the better weather, which was a massive reason for leaving Denmark in the first place.

How did your travels lead you to your current location?

I studied a year in Bendigo, Victoria in Australia back in 2003. So I’ve always loved Australia. My wife and I both had an urge for getting out of Denmark and experience the world. When we were spinning the globe, we ended up picking Australia because of the better weather, my brother-in-law lives here, and the culture here. 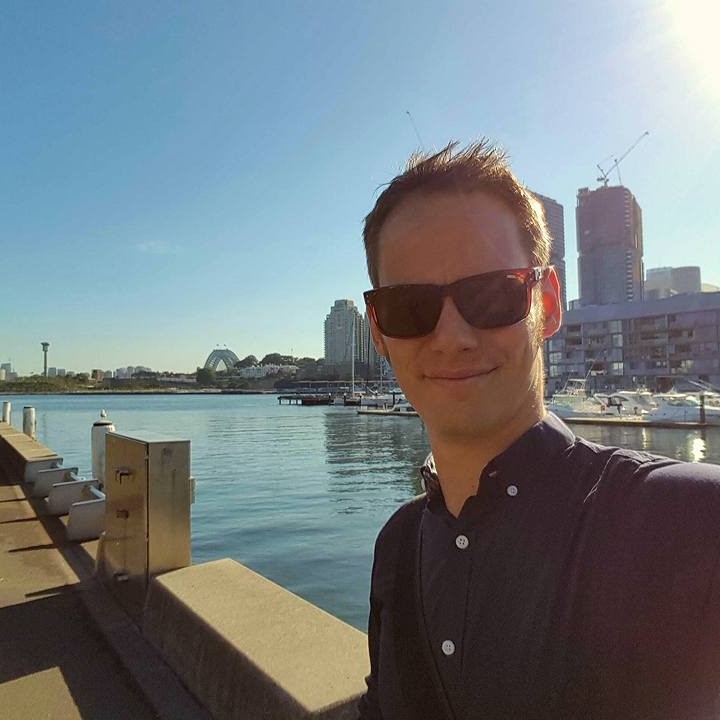 Jakob on his first working day in Australia, a country that he has always loved.

When did you join the SAP Community and why?

Back in 2012 when I started dabbling with NWBC, I used the community a lot to find answers to my queries. Back then a role model for me was in fact Simon Kemp. Soon after I started as most others to answer a few questions and share what I knew, and I never really stopped. I’ve started the SAP Inside Tracks in Brisbane to get to know the other SAP people around me in my neighborhood.

At what point did you start blogging on the community? What inspired you to get started?

When I feel like I have something worth sharing, then I’ll try to share my knowledge, although I would love to share more. The way I consult is in the same manner. I don’t believe in holding up knowledge as I’d rather have a client choosing me because of my attitude and willingness to share my knowledge.

As I noted in the introduction, member reaction to your posts has been positive, but also as I noted, writing is far from your only contribution. I’m speaking of course about the podcast. Please tell me — how did the podcast get started and why did you decide to do it?

Well, back around February I was thinking how I could help the community hopefully to regain some of the members who might have been lost because for change of the online platform. The community had gotten a lot of bad rep since the redesign and a lot of these early mistakes have been rectified. I called up Simon and asked if he would be interested to do it with me and funnily enough he had the exact same thoughts. Then we reached out to DJ Adams, who has been a great supporter in helping us promote the podcast both internal and external to SAP.

Tell me a little bit about what goes on behind the scenes. How do you book guests? How do Simon and you come up with questions and work on the flow of the show? Do you split up the production and post-production — meaning, how do you handling recording, editing, and uploading?

We actually keep it extremely casual. We obviously reach out to our guests, when we feel they could have an interesting topic to share but are also very open to suggestions. Our latest episode around continuous learning was actually Colleen Hebbert‘s idea and we ran with it.

In regard to our podcasts it is probably as informal as we sound. We normally don’t prepare much in advance, so it is more like an actual coffee corner chat. That being said we still have some high-level questions we ask. And especially the ITS episode with Bjoern Goerke, Thomas Grassl, Michael Bechauf, and Michael Heckner we prepared a bit more in detail just because of the audience. We don’t really edit much on the episodes afterwards — we only do the intro and outro. However, in our first episode we had to cut out a story about DJ Adams’ endeavors with a Chromebook, just to keep it shorter.

Most people who start a podcast do it as a labor of love. Do you think of it as a hobby or something more serious than that?

I see it as a hobby and a way for me to stay connected with the community. Although if you asked my wife, she would say my job is my hobby. I really love what I do. 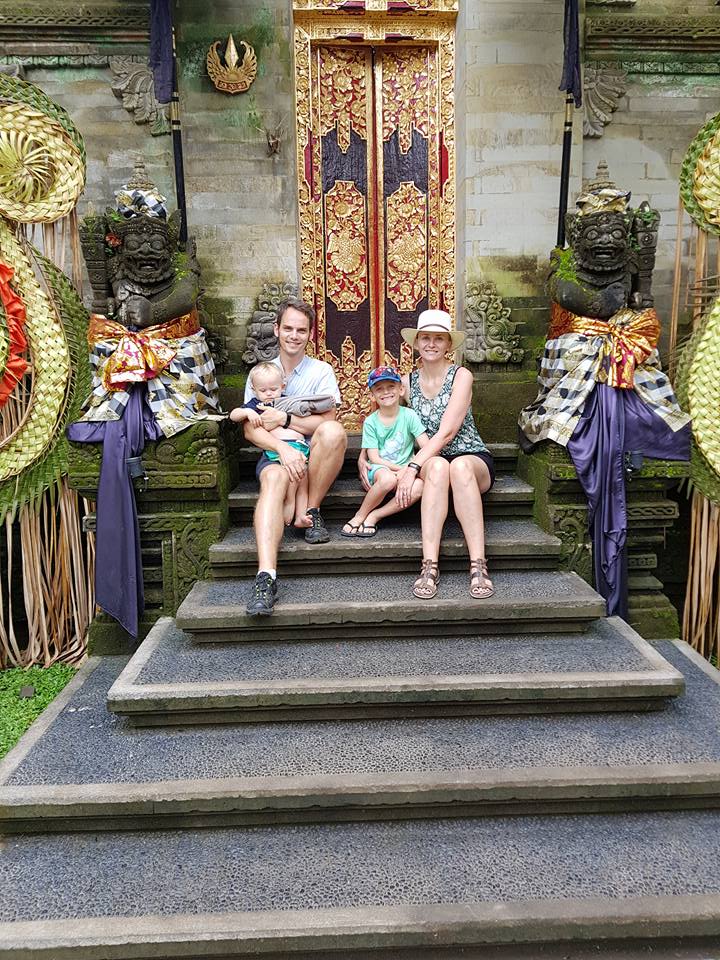 A self-described “family man,” Jakob enjoys trips with his wife and sons (such as this visit to Bali).

So what else do you like to do in your spare time then?

I have two boys and a third coming in December, so a lot of my free time goes with them. I am very much a family man and our weekends are often filled with family trips. I do enjoy running as well, however I don’t do it as much as I want to. Lastly, we bought a house last year where we are doing a bigger flip. So a lot of my free time is spent on that, although I probably should leave it to someone more handy than me.

Congratulations on the soon-to-be new addition to the your family! Sounds like you really have your hands full, and knowing that spare time is such a precious thing, I should let you go. But first, I’d love to know: What are your plans for the future of the podcast? Any guests or topics you’d like to share here — things we can expect in future episodes?

I’d love to get the frequency up, but we would probably require a few more hosts, so if anyone is interesting in helping out, please reach out to us. The ITS episode sparked a few requests on other throwback topics, which could be really cool. But in reality, we would love to get more feedback on interesting topics and try to expand on them.

And with that, I think I’ll wrap things up. I don’t know if my interview skills make my podcast-host material, but I enjoyed talking to you — and I’m glad we got a chance to chat. I look forward to more podcasts and blog posts from you. We’re lucky to have a member who is willing to give so much to the community!

Thanks for the chat. It has been great, and we will see how we can get you on the show sometime soon.

Well, if you’re thinking of doing a Halloween episode…