Improvements for MRP areas in S/4HANA 1809

S/4HANA 1809 was recently announced and there are several improvements and new featured introduced in different areas. The release highlights talk about new featured for Demand Driven MRP, Co-Pilot and many new features of the intelligent ERP.

There is a minor and under-noticed feature, however, which will make a huge difference in the daily life of the MRP Controllers who need to deal with multiple MRP Areas.

While working with MRP areas brings lots of benefits (as I mentioned in my previous blog 5 reasons to use subcontracting MRP areas in S/4HANA.), there was one negative effect of using MRP areas: while the old features allowed all the subcontracting and storage location stock segments to be visualized in the same screen in transaction MD04, each MRP area had to be opened separately.

In some situations, the same material may have different subcontracting suppliers or different storage locations planned separately and using MRP areas in those cases would not make the life of the MRP controller easier.

After hearing the feedback of different customers who migrated to S/4HANA, SAP implemented a new feature that will improve the visualization of the Stock/Requirements List for MRP Controllers planning multiple MRP Areas.

In the new Intra-Plant View, there is a new set of buttons that will allow the MRP Controller to choose the best way to visualize the multiple MRP areas and quickly switch between different views. The figure below shows multiple storage location MRP areas assigned to the same material with a look and feel very similar to the old storage location planned separately. 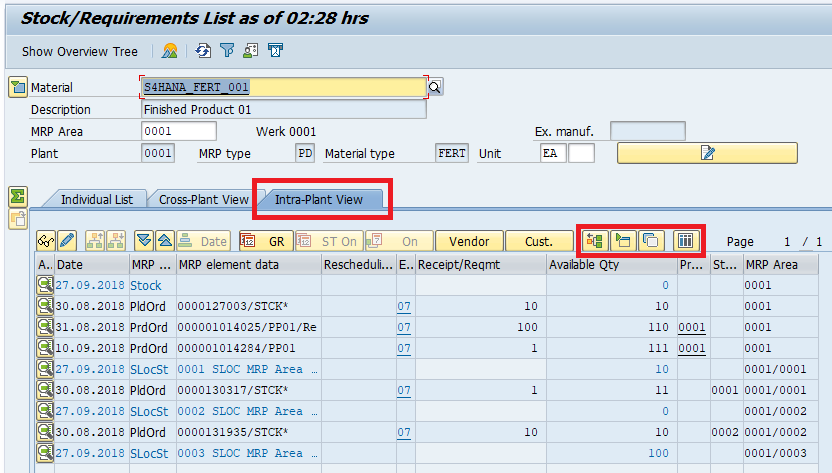 This innovation is also not only available it the SAP GUI, but also when using the Stock/Requirement List in the Fiori Launchpad. 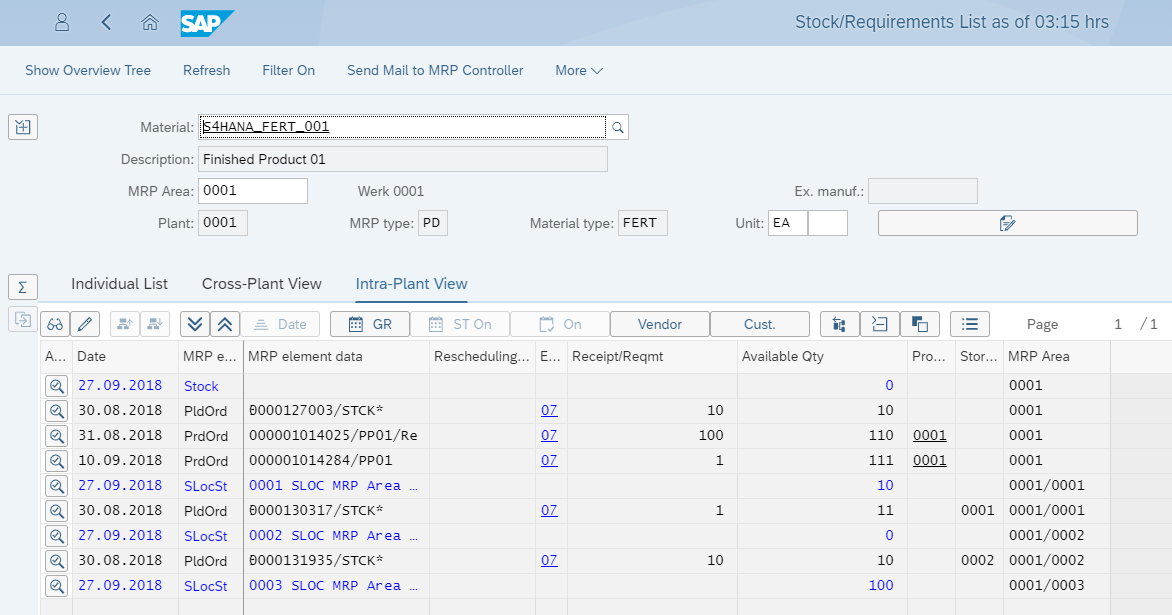 Another possibility is to have a non-aggregated available quantity, so that we can tell exactly how much do we have under each MRP area, but show all the MRP elements aggregated. 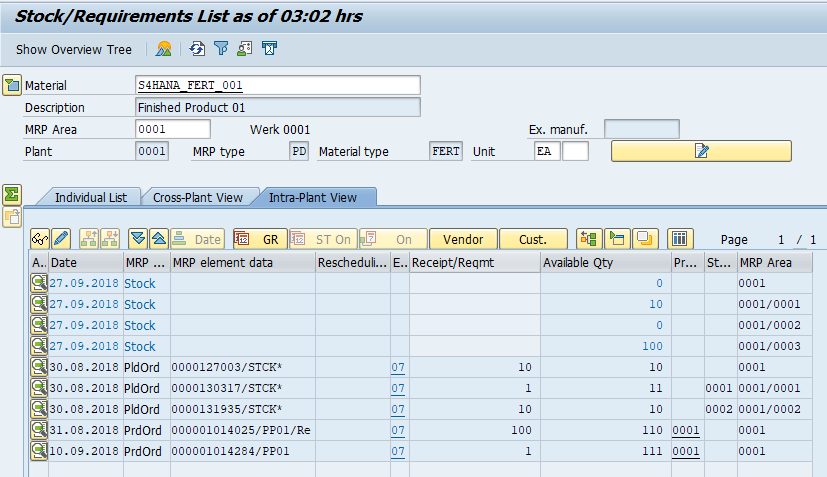 We can also completely switch off the aggregation and see the plant and the MRP areas together, as if there is no separation between them.

Each user can choose the best option to work and quickly switch between different visualization modes, or can define the preferred visualization in the user settings, by going to the menu Settings and choosing the option User Settings. Here, it is also possible to define if the grouping tab will be displayed or not. 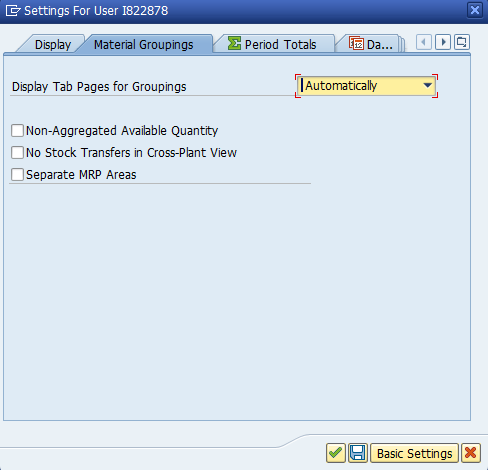 It is important to reinforce that those options will be only relevant for displaying the MRP results in the Stock/Requirements List, but they will not be relevant for planning and each MRP area will be planned independently by MRP.

At last, this new feature should be activated in customizing, under the following path:

Very useful documents to being latest update in S/4 HANA.

Thank you for the feedback Prasath!

Good blog as usual from you Caetano !!

Nice info Caetano! Thanks for sharing!

very useful info. Thanks for sharing!

I am not able to view the Intra-Plant tab in MD04 after maintaining the settings suggested by you, can you please guide.

It should appear if you have multiple MRP areas for a material and planning elements on these MRP areas.

As we define MRP area for Subcontractor, if we have multiple subcon vendors we will have to create multiple MRP areas.

Can you please help me understand if there is any way possible to create 1 MRP area for multiple vendors and see the biffurcation in MBLB or any other way to track the stock at vendor location.

Your question is not exactly related to the topic of this blog, so please open a separated question under the same tag.

Sure will do that.

Any note number for this new functionality ?

This feature comes in S/4HANA 1809. Unfortunately, there is no note to implement it in earlier releases.

Very nicely articulated across the table to keep ourselves to market relevant with latest release. Congrats and thanks.

We have enabled the Intra-Plant view and there is an observation from the users that the exception column doesn’t get filled while switching tab from Individual list.

Is this an expected behavior?

Excellent Document, Thanks Caetano Almeida for the valuable blog !

thank you for this very helpful documentation.

Our users ask to move the intra plant view forward and change it with the individual list.

Most of them has more than one MRP area to monitor and do not want to switch each time from individual list ot intra plant view. Is there a user parameter which we can set or an existing user exit were we can maintain some own coding?

As far as I know, there is no standard way to change the sequence of tabs in MD04, but I'll bring this suggestion to our product management team.