In the previous blog posts (Part 1, Part 2) we reviewed the functionality of Linked Analysis and we created a scenario where we linked the data from charts or from a table with the information from a chart and even allowed our users to select the measures that should be shown on the fly.

But what if the information that we need is not in a single model, but instead in multiple models / data sources ?

This is where we can combine Linked Analysis with Linked Dimensions.

Lets assume we have a model which gives us access to the revenue of our products and customers for the first nine months of the year 2018 – so basically the Actuals.

Our second model gives us access to the Budget for the twelve month for the year 2018 as well as the forecast we have for November to December for 2018.

As first step of our new story we are creating a chart, which shows the Revenue for the first nine months of the year. This data is based on our Model 1. 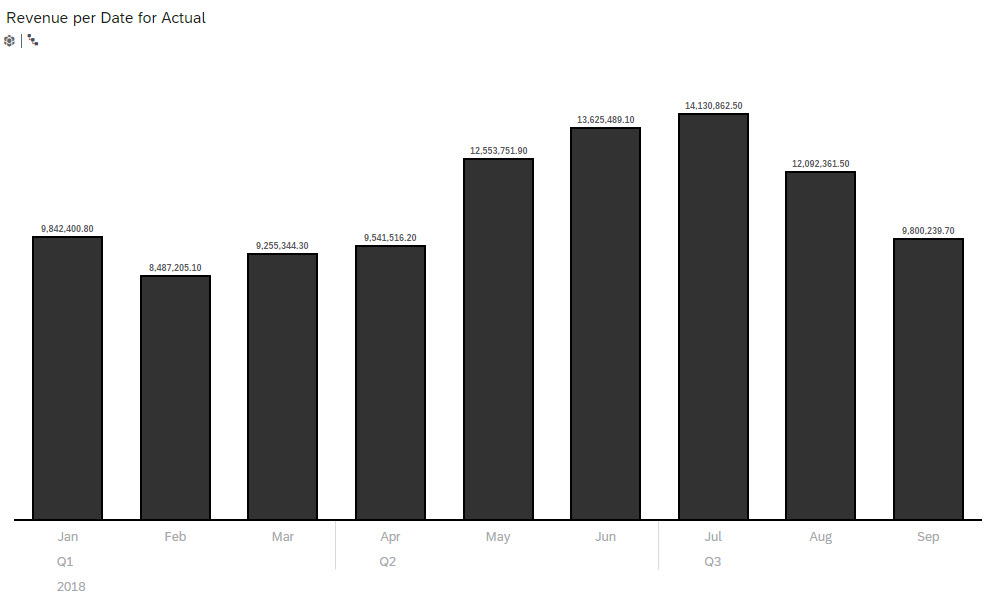 We then create a second chart, which is going to show the forecast information for October to December. 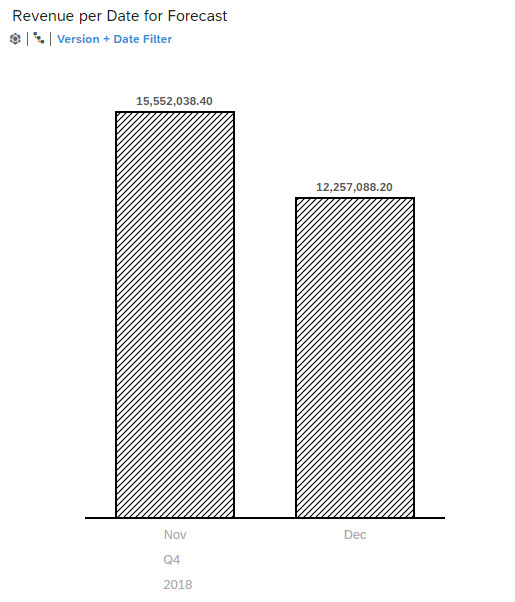 We can now use the option of Linked Dimension to join our two models.

In our example we are using two data models and we create joins based on three dimensions: Customer, Product Category, and Product. 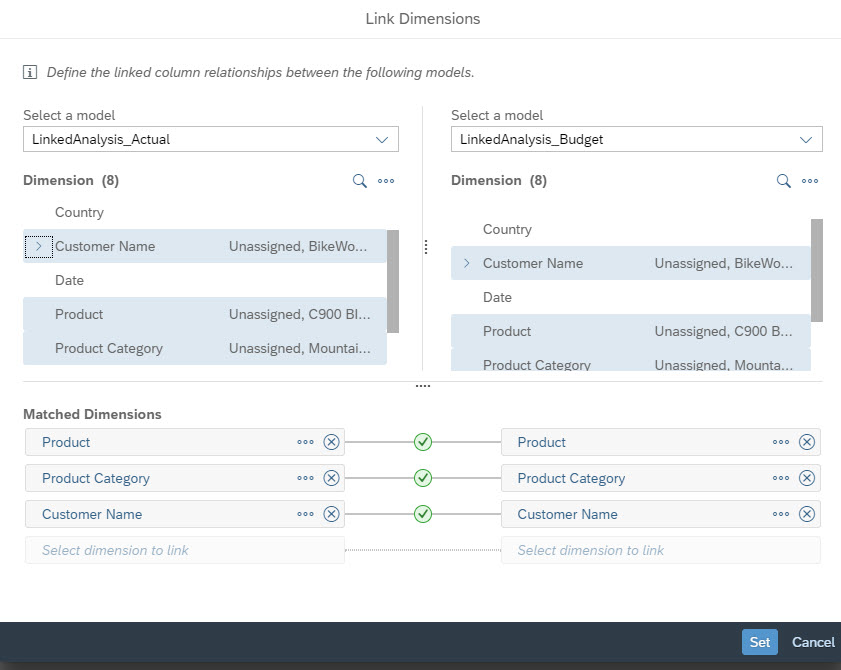 After confirming the linking, we can now add a filter to our story, for example based on dimension Product Group and the filter will then automatically apply to both chart as we did already establish the link between the two underlying models.

When we create the Input Control, we have the ability to chose the model first and then the dimension. For our example we select the model with the Actual data and we select dimension Product Category.

We have now a simple scenario, where we provide our user the ability to use an Input Control for dimension Product Category to filter the information and based on the linked dimension, the filter will automatically apply to both charts.

if we were to combined the Linked Dimensions with the previously used Linked Analysis, we could for example show a chart by Product Category with the Revenue information and use each selection in the chart as filter passed to the other two charts.

All we have to do is to add a new chart which shows the Revenue by Product Category and configure the Linked Analysis.

We configure the Linked Analysis like we did in the previous examples. 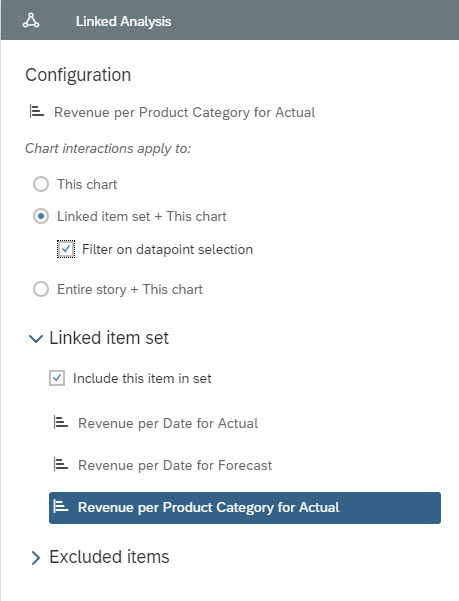 Because we did the Linked Dimension configuration previously, we now have our chart on the left acting as a filter for the other two charts.

I am sure that some of you already look at these three charts and would expect, that the Actuals and Budget and Forecast information should be in one chart instead of two – and I couldn’t agree more, which is why in the next blog we start looking into the scenarios for Data Blending with Linked Dimensions.

Is it possible to make visible the linked item after clicking on the source tile?

Lets take, we have two simple tables one detail, summary in a single page. I want make detail table visible based on the selection made on the key dimension in the summary table.Any idea on this?

you mean you want to show the details table only for specific selections ? Like a conditional visibility ?

I'm attempting to apply Linked Analysis to an entire page in my story. I'm working with 4 models that can be linked on just one or two dimensions. There's a bar chart that I'd like to drive the Linked Analysis, filtering with the data point selection. The bar chart is made up of blended data from two models linked by one dimension. I have several charts whose data is from the secondary linked model, and I want them to change when I select from the blended chart.

My problem is that the dimension on the axis of the bar chart is not the linked dimension. When I select the data point on the driving chart, the driven charts show only a few bars - and the highest occurrence is "(No Value)," which tells me the link is not returning values from the secondary model.

Is it possible to do what I'm trying to do - to accurately apply Linked Analysis to charts based on blended data, filtering a dimension which is not the linked dimension?