In this post, I think about how we grow, how we improve ourselves by adding to our knowledge and experience, and consider that our growth is sometimes uphill but almost always rewarding.

I live to the east of the centre Manchester, in beautiful countryside that’s rich and green from all the rain. It’s a great place to run, and over the years since I started running I can see my fitness has improved, not least because of the hills I have at my disposal. While I do of course enjoy running fairly flat routes, the sense of achievement is heightened, literally, if I take in a hill or two.

The journey to the summit, whether it’s to the top of Hartshead Pike, or just up from Ashton to Oldham, is sometimes hard going, but when I get there, I know I’ve benefitted from the effort, and the view is pretty good too.

So it is also with literature sometimes, too. One of my favourite books, certainly one of the most memorable, is the post-apocalyptic novel “Riddley Walker“, by Russell Hoban. It’s set many years in the future, after a nuclear war has destroyed civilisation, and the world has regressed to a level last seen in the Iron Age.

Not only has technology broken down, but language too, and the book is written in an imaginary and strange, devolved dialect of English, which is initially unfamiliar to the reader …there’s no soft on-ramp, the dialect hits you from the very first paragraph.

Initially reading the book is a struggle, everything seems strange, but gradually you get to know the language and your fluency grows. I think the idea of using a strange dialect such as this is partly to reflect the arduous nature of survival in the regressed world in which the eponymous hero lives. As you travel through the language you travel with Riddley Walker and the other characters and your experience of their lives is that much more visceral.

Like running in hilly areas, exploring this novel is also sometimes tough, but it’s also ultimately rewarding. At first there’s an almost automatic rejection of the text, because it appears so different. But after some thought and perseverance, the novel starts to flow, and the sense of reward and achievement is indeed great*. Looking back at these pages today, I read the text as a native of that period, with no hesitation or effort.

*Beyond the language in this novel, there is almost always a richness of allegory and a classic erudition that permeates most of what Russell Hoban writes – this sometimes adds to the depth one must sometimes wade through.

As with running up hills, and reading strange, imaginary dialects of English, there is also a great sense of achievement to be had when expanding one’s technical knowledge – whether you decide to go wider or deeper in the subjects that interest you.

Yesterday I was trying to satisfy my desire to learn more about the Application Programming Model for SAP Cloud Platform and I came across some code that looked initially a little strange but closer inspection turned out to make sense.

Considering this closer inspection reminds me of a phrase that the inimitable Erik Meijer seems to use* a lot: “If you stare at it long enough …”, which he uses in reference to new programming language constructs he’s introducing. If you’ve not seen his C9 Lecture series “Programming in Haskell“, I can highly recommend it – it’s wonderful, and about so much more than Haskell itself.

*Originally, I think, in reference to autostereograms.

Here’s the code I came across, more or less:

Is this a strange incantation which I see before me?

Well, no, not quite. I’d like to spend the rest of this post taking a gentle look at it, and thinking about what it represents.

First, what does this look like? Well, for many of us, it sort of looks like JavaScript but seems a little unfamiliar, a little odd. There are certain aspects that are missing, aspects might give us a more confident feeling that it’s JavaScript. There are also other aspects that are present, that don’t “feel” as though they’re JavaScript. So at the outset we’re having a bit of a Riddley Walker moment, so let’s stare at it for a bit and see if we can’t get closer to it, mentally.

Of course, context is everything, so consider that this bit of code is the contents of a JavaScript file that is designed to be dropped into a Node.js based service in the context of the Application Programming Model for SAP Cloud Platform, specifically a bit of custom logic to be invoked on certain request operations.

OK, so what we see at a high level, say, inside 10 seconds of staring, is that we have:

In fact, looking at the indentation, there’s only a single outermost statement in the whole file – and that’s the module.exports assignment in the first line.

But actually there’s not much to worry about at all here. Semicolons in JavaScript are optional, and many, including Mattias Petter Johansson, who has a YouTube channel called FunFunFunction full of new JavaScript ideas and more, prefer to omit them. I think it’s a “modern” choice.

We’ll look at the strange statements shortly, as well as the punctuation. But let’s continue from where we started.

The reference to module.exports gives us confidence that what we’re indeed looking at is something that is a module in a Node.js context. So far so good, we can use that as an anchor for the rest of our interpretation. What’s assigned to module.exports is an anonymous function, but that should be a fairly familiar idea to us, already.

But further along the first line, we have something that looks unfamiliar. What are those curly braces doing inside of the brackets where we’re expecting to see the function parameters? Well, that’s a new feature of ECMAScript* 6 (EC6) which other languages such as Clojure already have – destructuring. Here, the function expects a map (or “object”) as input, and the value of the specific property flight_trip_Bookings in that map is what the function needs.

*ECMAScript is the actual language, JavaScript is a dialect of that language.

The effect of this call is that this inner anonymous function expecting the cds parameter will be registered as a callback to any CREATE operations on the “Bookings” table within the “flight_trip” namespace. What does this callback function do? Well, it uses the cds value passed in, which will represent the CDS runtime object (CDS is a core part of the Application Programming Model runtime, as well as being the language with which we declare data models and service definitions).

Let’s stare at the parts inside this inner anonymous ES6 function now for a bit. We seem to have something like this:

In both cases, A and B are anonymous functions*.

*Surprised? You shouldn’t be – Scheme, a dialect of LISP, a functional language, was in JavaScript creator Brendan Eich’s mind when he created JavaScript while working at Netscape.

The first anonymous function expects no arguments, so is introduced in ES6 fat arrow style like this: () => { ... }. The second is expecting an argument. What is that argument? Well, notice the square brackets here: ( [bookings] ) => { ... }. In a similar way to what we saw in the outermost function definition, here we also have destucturing at work. In this case, however, rather than expecting a map, this anonymous function is expecting an array, and only wants the first element in that array to work with, which it will assign to bookings.

What is this chain of functions doing? Well, in anonymous function A, we can see evidence of CDS’s query language (CQL) which is based on standard SQL, with various enhancements. Without going too much into CQL here, we can see how the representation of CQL at the JavaScript syntax level has been constructed so we can read it more or less like English. This seems to be a common approach amongst domain specific languages and especially those standard languages favouring a more flexible approach to typing as well as embracing functional aspects.

Knowing that with ES6 style function definitions, the results of the body’s evaluation are automatically returned (i.e. there’s no need for an explicit return statement), we can surmise that any results of the SELECT, from the “Bookings” table, will be returned from A.

With then we have effectively a promise style continuation, where the anonymous function B receives the array of possible results, including any “Bookings” entries in the first position of that array. Inside B we have more mundane JavaScript, made slightly more interesting by its use of more ES6 constructs – specifically the let and for ... of statements.

The let statement is just used to declare a block scope local variable (a “proper” var, if you will) and the for ... of allows the processing of each of the items in the bookings that were passed in (so we can presume also that bookings, the first value in the array passed in, is itself an array).

If the total number of passengers exceeds a certain number, then the error function of the CDS runtime object is used to return an exception which will bubble up the stack and be returned in the response, in this case with a rather handsome HTTP 409 status code.

In summary then, this module is a bit of custom logic that will cause the automatic handling of OData requests to react, specifically in the case of CREATE operations on the Bookings entity, if the number of passengers would mean that the total for the given Intinerary exceeded capacity. The context of this custom logic is the complete OData service that the Application Programming Model provides — in this case in a Node.js context — given a service definition written in CDS.

That for me was a pleasant reflection, and I hope that, like me, you went from looking at that piece of code with some wonder, to looking at it with more confidence. I’ve deliberately left out some details about the operation of the CDS runtime itself – perhaps I can come back to that another time.

Instead, I wanted to show that it’s straightforward and interesting to peel back the perhaps initially unfamiliar surface, even at the language syntax level, to reveal something that will educate us, enrich our understanding, and even make us smile.

As I stare at the code, the blurriness give way to focus, the language and dialect becomes more familiar, and the summit starts to appear. It’s clear to me that to be a good developer, I need to keep learning, and this growth and effort is something I enjoy, especially when I can do it by learning from folks who are bringing new techniques, frameworks and models to us. Not quite standing on the shoulders of giants, perhaps … maybe just reading over their shoulder as they write.

As we move further into the cloud, and embrace more new techniques, models and frameworks, we’ll need to keep growing. And that, I think, is a good thing.

If you’ve got this far, thanks for persevering! There’s a couple of bonus thoughts in this post. First, there’s a semi-hidden literary quote. Can you find it and point to the original? Second, the code in the anonymous function B is one way of computing the total number of passengers. It’s in a “how to do it” procedural style, rather than a “what I want” functional style. Can you come up with an alternative in the latter style? I’d love to hear from you in the comments below.

This post was brought to you by a frosty morning, warmed up first by Pact Coffee’s Planalto and the later the welcome appearance of some sunshine. 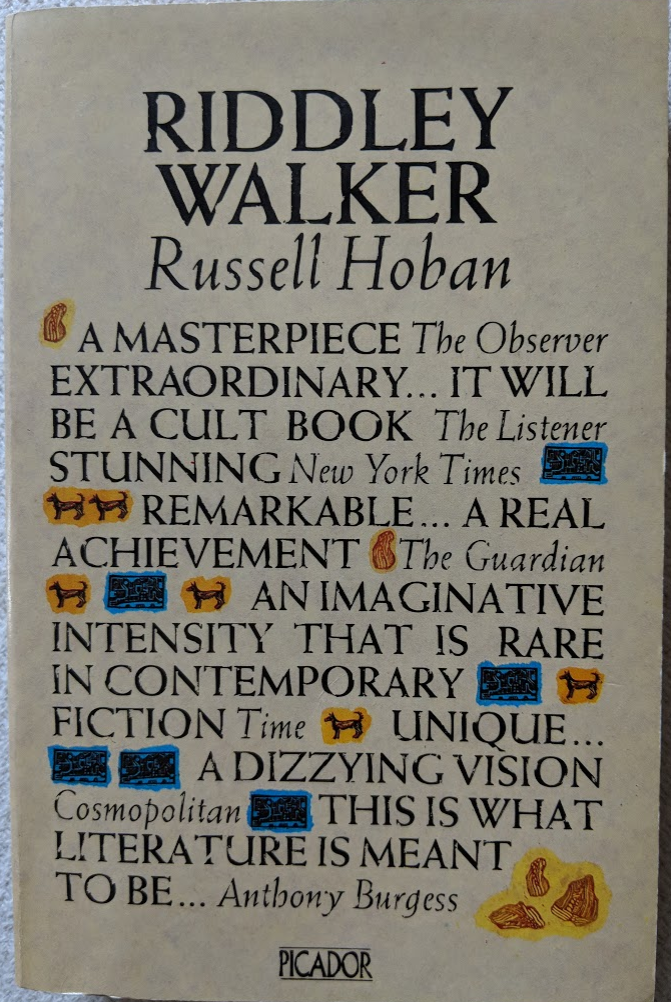 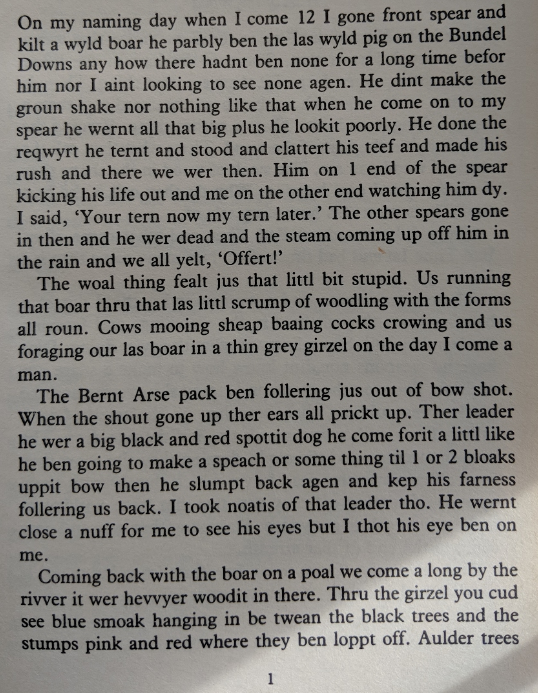