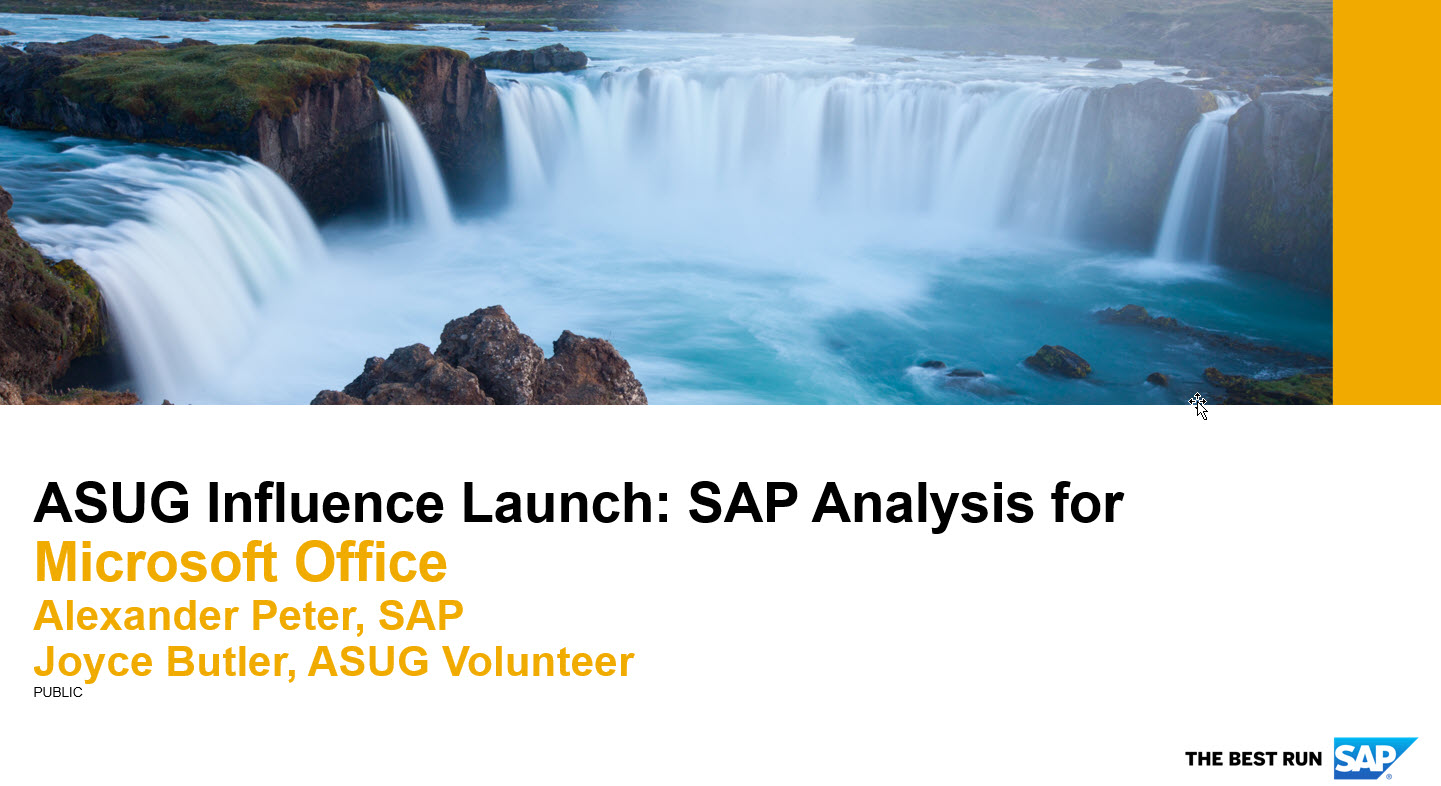 Things in the future are subject to change 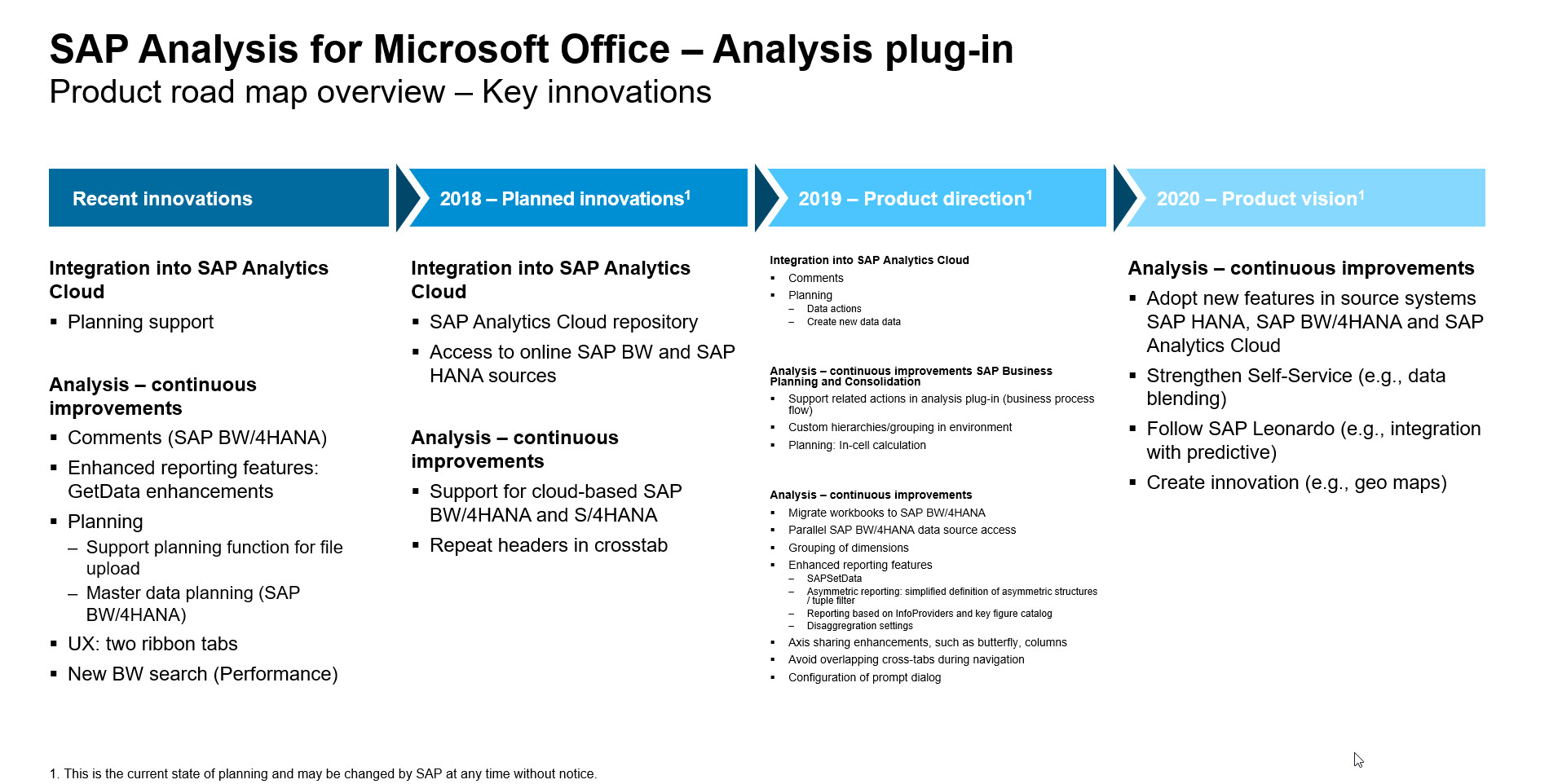 Above is the roadmap

No new release this year

2.8 won’t come in Q4, will be in Q2/2019.  Need to focus on stabilizing the product first before start new development.  Plan to deliver limited number of features by end of year, more for SAP Analytics Cloud and cloud-based BW/4HANA 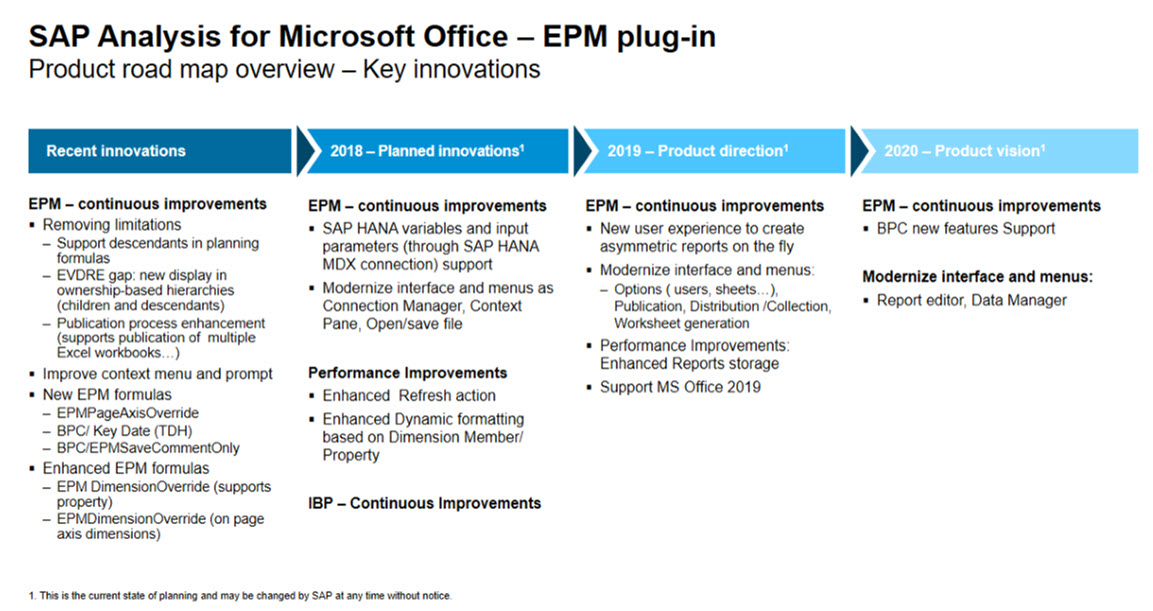 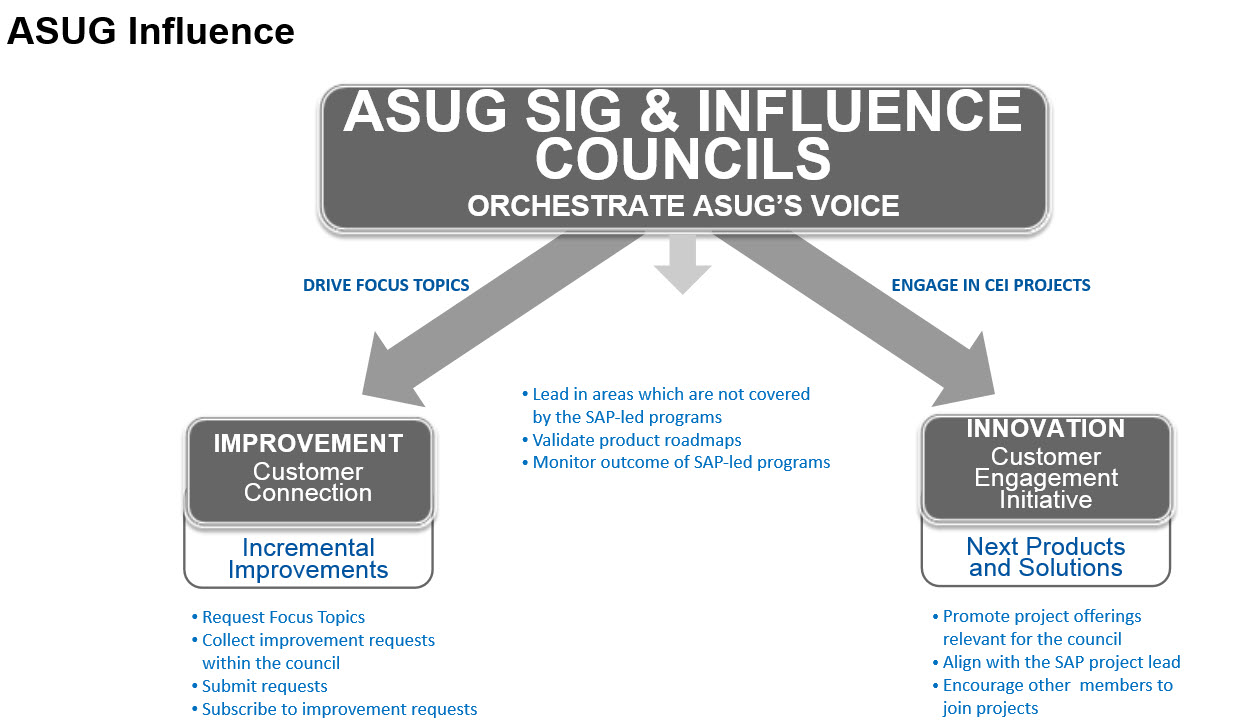 ASUG Influence is the power of one voice, to influence SAP

Other – Your ASUG/SAP TechEd Program Guide

Next steps/how to join – take the survey today