With capabilities like real-time data processing, fast, scalable, durable, and fault-tolerant publish-subscribe messaging system, it is not at all surprising that more than 1⁄3 of all Fortune 500 companies use Kafka. Companies like LinkedIn, Microsoft Uber, Netflix, Dropbox, and many more are all using Apache Kafka to make business decisions in real time. These companies use data collection systems for nearly everything from business analytics to near-real-time operations, to executive reporting.

There are many reasons for the huge success of Apache Kafka, the foremost being that it offers the best solution to a problem that all companies have: processing data in real time. Companies use Apache Kafka as a distributed streaming platform for building real-time data pipelines and streaming applications. Apache Kafka is horizontally scalable, fault-tolerant, and fast. The most important reason for Kafka popularity is that “it works and with excellent performance”

Kafka relies on the principals of Zero-Copy. It relies on the file system for the storage and caching, uses Sequential I/O to get a cache without writing any logic this is much better than maintaining a cache in a JVM application. Kafka enables you to batch data records into chunks. Batching allows for more efficient data compression and reduces I/O latency, reduces network calls, and also convert a lot of random writes into sequential ones.

Advantco KAFKA adapter enables you to exchange data between non-SAP systems and the Integration Server or the PCK by means of KAFKA APIs.

Benefits of the Advantco Kafka Adapter

The advantage of the Advantco Kafka Adapter is that the Adapter is fully integrated with the SAP Adapter Framework, which means the Kafka connections can be configured, managed and monitored using the standard SAP PI/PO & CPI tools. With SAP scalability and stability, Advantco Kafka Adapter ensures the highest level of availability.  The Adapter is also fully integrated with the SAP logging/tracing framework.

The adapters are configured in the Integration Builder or the PCK as communication channels.

A sender KAFKA adapter is used to consume data from Kafka brokers then it sends data to the Integration Server or the PCK. 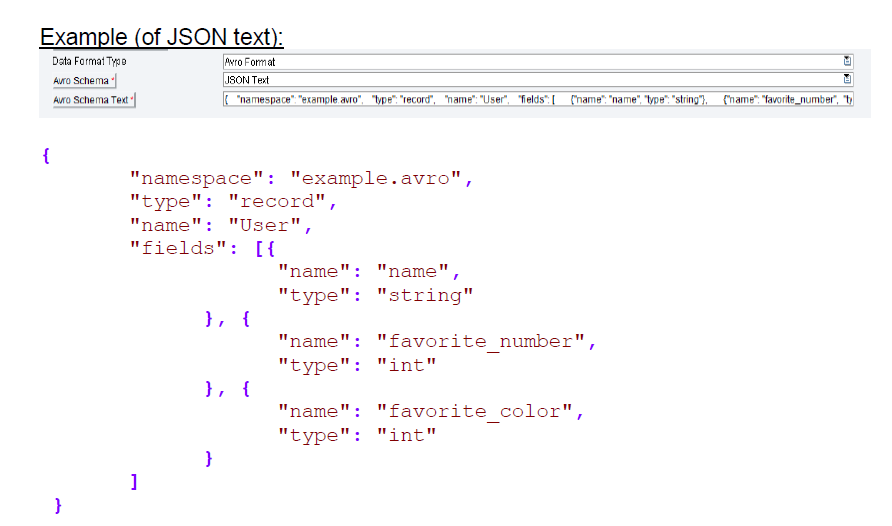 In Avro format: users are able to specify Avro schema in either JSON text directly on the channel configuration or a file path to Avro schema. 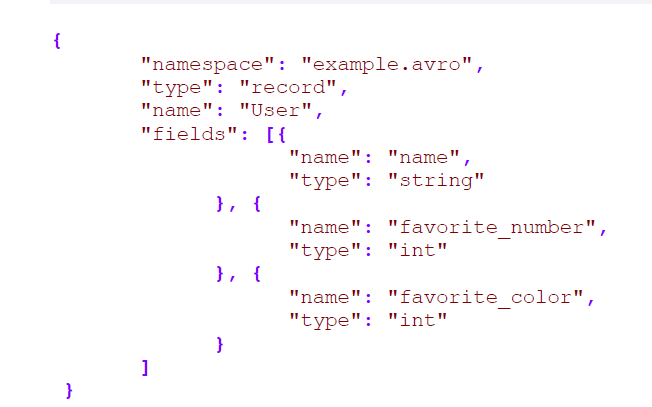 There is the place to configure advanced options for the adapter.

If the basic parameters provided above by us do not fulfill your requirements to deal with Kafka brokers, then you have to enable this checkbox and specify the supported configurations for Kafka producers. The configuration key is the same one as supported by the native Kafka documentation.

The Receiver KAFKA adapter requires SAP’s standard module ModuleProcessorExitBean to be added into its module chain as the last module. On Module tab of the adapter configuration in the Integration Builder, add a new row into of the Processing Sequence table at the last position:

Apache Kafka was developed to handle high volume publish-subscribe messages and streams. It was designed to be durable, fast, and scalable.  It provides a low-latency, fault-tolerant publish and subscribe pipeline capable of processing streams of events. The Advantco Kafka Adapter enables you to exchange streams of data with the integration server or PCK by means of Kafka APIs.

For few api integration which we had limitations or hiccups this had a breakthrough.

Thanks Farooq, we appreciate your inputs and continuously work to improve your experience.

Please reach out in case you need further assistance: info@advantco.com

Thank you Asish for this post. That sound really interesting and seems to fill a long missing adapter in SAP PI portfolio. For sure worth a look for us.

Thanks Holger, we appreciate your valuable inputs.

We can definitely arrange a demo/ trial so that you can test the adapter in your environment.

Please send me your details and I will reach out to you at the earliest: info@advantco.com

I would be interested in a short demo of the adapter in our environment. Is it possible to organize?

Indeed a good and useful blog.

Can you please example and throw some light on the Content Conversion part i.e on defining the source code. 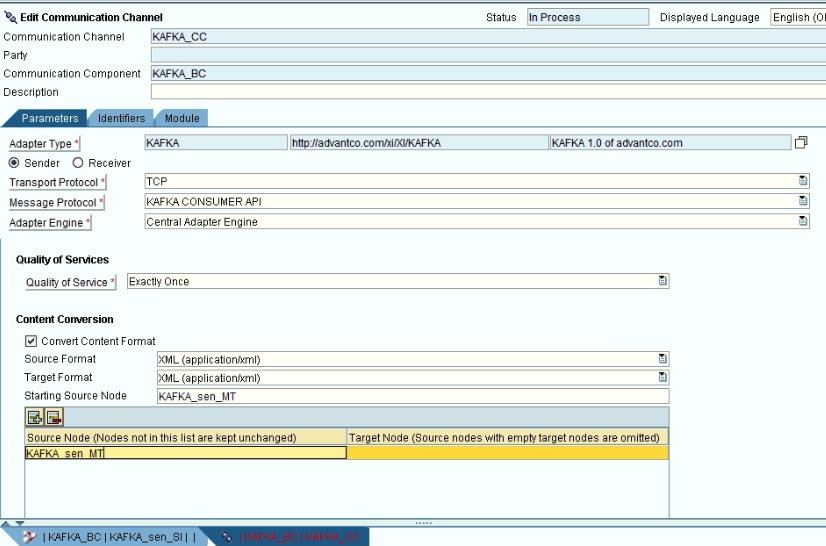 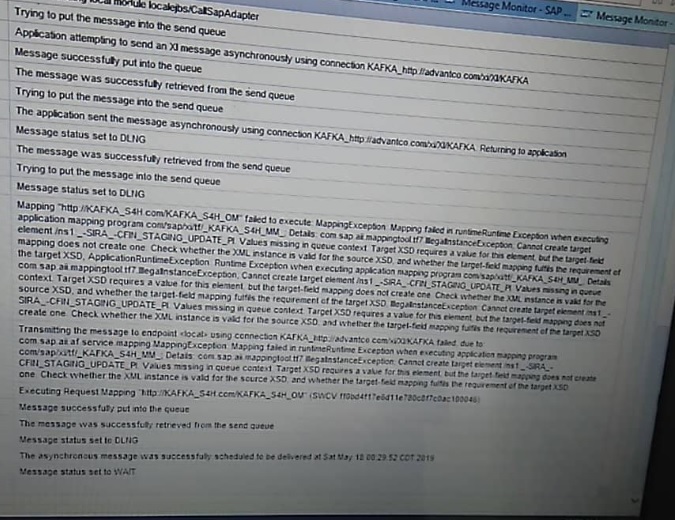 thank you for your article about data integration with kafka in SAP.
Advantco KAFKA adapter enables you to exchange data between non-SAP systems and SAP-systems.
The open issue is to monitor the data that have to be integrated into the SAP plattform.

Here it is helpful to use Xeotek Kadeck https://www.xeotek.com/kadeck.

The solution enables you to visiualize kafka data and to check the referential integrity of objects
as well as the correctness of the data model.
KaDeck supports these requirements by analyzing the data before they are loaded into the SAP-system.
Corrupt or incorrect data is identified in advance.
This avoids redundant data loading processes within the data processing chain,
ultimately resulting in data being available to the processes of the standard software in a timely manner.