The Next Frontier For Women In IT: Cloud Computing

We can now use 25,000 Amazon Alexa skills and mobile apps to play songs, get weather updates, reorder our laundry detergent, help remember important birthdays, or get news and training. Smart technologies, most notably artificial intelligence (AI), machine-learning, and voice technology, have changed our lives. They are also changing the way we work. 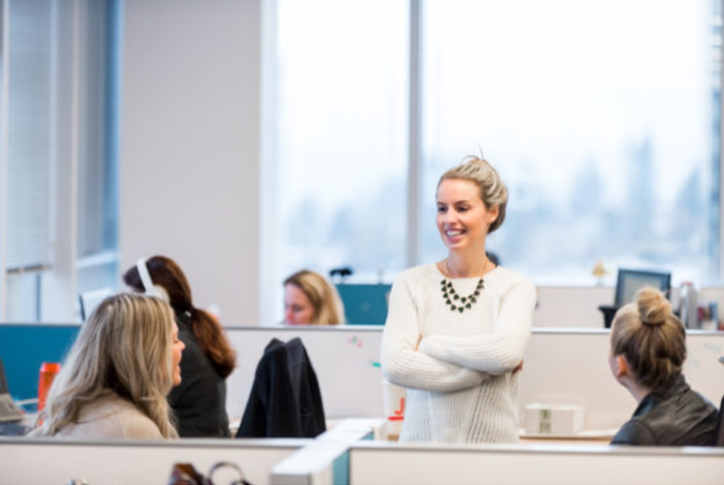 At the forefront of all discussions is AI. At this year’s World Economic Forum in Davos, Infosys released results from a survey with more than 1,000 information technology decision-makers and senior executives at firms in seven countries across industries on how AI will change jobs. While nearly two out of five companies worldwide have replaced some jobs with digital tools powered by AI, companies expect AI to create more jobs in the long-term, reported by Wall Street Journal’s CIO Angus Loten. A separate report released by PriceWaterhouseCoopers said new jobs created by AI were offsetting losses. The new PwC forecast puts the share of jobs at risk of being replaced by automation at just 1% by 2020.

If you watched the epic match of Go between the world champion Lee Sedol, and Google Deepmind’s AlphaGo in 2016, you may have seen that behind the AlphaGo computer was a large team of programmers and engineers.

Based on a 2017 OECD PIAAC report on Computers and the Future of Skill Demand, AI will have a tremendous impact on the skills we need to thrive in our jobs. But it is not the only skill in demand, and not even the most sought-after IT skill.

Currently, at 24%, the cloud is the second biggest driver of demand for technology skills—right behind digital marketing skills at 25%—according to a 2017 survey by the staffing firm Robert Half Technology. The U.S. Department of Labor predicted that the rise of cloud computing technologies and services will create 1.4 million specialized jobs by 2020.

The speed at which jobs are changing—driven by technological innovation, demographics, shifting business models, and nature of work—are significantly altering the skill sets required by companies to stay competitive.

The trajectories of our careers are rapidly evolving, but it can also create opportunities for more diversity and inclusion.

Industry leaders discussed at the Grace Hopper Celebration India (GHCI) conference in Bangalore how technology innovation is changing the way companies recruit and develop talent and apply it to fostering gender diversity. Organized by the Anita Borg Institute, GHCI focuses on the importance and value of women in technology.

“An innovative workplace is an inclusive workplace. It is a proven point that organizations need to foster a culture of inclusion and diversity,” said Dilip Khandelwal, president of SAP HANA Enterprise Cloud and managing director of SAP Labs India at the GHCI conference.

The digitalization of the workforce will make science, technology, engineering, and mathematics as the key growth areas. The rise of new job skills is an opportunity to bring more women into the technology field.

“Digitalization is a change for everyone, regardless of gender, and I encourage you to be open-minded and stay curious,“ added Khandelwal at the GHCI conference. “Ultimately, the nature of work for women needs to go through the change which will help women to get the roles across industries and more importantly, into positions of leadership.”

To increase the opportunities for women to pursue their careers in cloud computing, organizations like the Grace Hopper Celebration, and the nonprofit consortium CloudNOW, are critical. Working in partnership with technology companies, they provide a forum for networking, knowledge sharing, mentoring, and ultimately empowerment.

Cloud computing is a concrete opportunity for women. It’s the next frontier to create more jobs for women in IT.

This article was originally published by the Digitalist Magazine. You can see the original article here.