“Among other things, you’ll find that you’re not the first person who was ever confused and frightened and even sickened by human behavior. You’re by no means alone on that score, you’ll be excited and stimulated to know. Many, many men have been just as troubled morally and spiritually as you are right now. Happily, some of them kept records of their troubles. You’ll learn from them—if you want to. Just as someday, if you have something to offer, someone will learn something from you. It’s a beautiful reciprocal arrangement. And it isn’t education. It’s history. It’s poetry.”

J.D. Salinger, The Catcher in the Rye

It’s true that the Gender Awareness training for me was not about education. I joined it as a trainer because it was not about judging, not about true or false, it was not about political correctness, it was not about cultivation. It was rather workshop of liberation, challenging the biases, the status quo, the forbidden topics and speaking about what we could be afraid or shy to discuss in public. It was breaking the wall. And that rebel lousiness was very attractive motive for me.

The road from Mars to Venus is a road of failures to understand and cope well with the opposite gender interactions. I experienced a lot of these failures years back in different situations. However, seems during the years a lot of them got fixed or at least I knew what didn’t work.  I knew that usually “La donna è mobile”* and free of expectations, even not well defined and things like this. I thought that this was if not good, at least not so bad, humble start for every trainer, the same as trainee.

I had the freedom to add, change and adapt the content together with my great female co-trainer Monika Kovachka-Dimitrova. We wanted to put in the training own experience from the things I hadn’t known before in the roles of male worker or leader and later learned them in a hard way at work. We wanted also to add similar failures, examples and learnings hidden in the arts, visual and written. And then these workshops become one of my favorite one.

The gender awareness workshops made me happy seeing colleagues finding their own answers in the struggles with the opposite gender and understanding it better. Breaking the biases gave me satisfaction that the world got better and fair.

During the last two years the big percentage of the Lab in Sofia passed the training. It’s very popular, maybe the most popular training in the Lab. The colleagues ask about bringing their family partners to the workshops. So it seems the learning about the differences in the sexes and the insights provided during the training day are universal at work and outside and the colleagues find them useful.

It was long time ago when J. D. Salinger wrote his famous novel “The Catcher in the Rye” about experiences of a young man entering the world of grown-up. This novel had an enormous success and become part of school programs. 100 years earlier on in another part of the world, in another language F. Dostoevsky had written his unfinished novel Netochka Nezvanova and it was about the grown-up of a young girl. Different countries, different languages, different time and different perspectives but a similar theme.  And all the time before, between, later and now the people continue experiencing the differences, the grown-up, the others, the relations, the society. They fail, guess right, learn. And I hope with our a day long workshops we help in the journey.

*Meaning “The woman is fickle”. 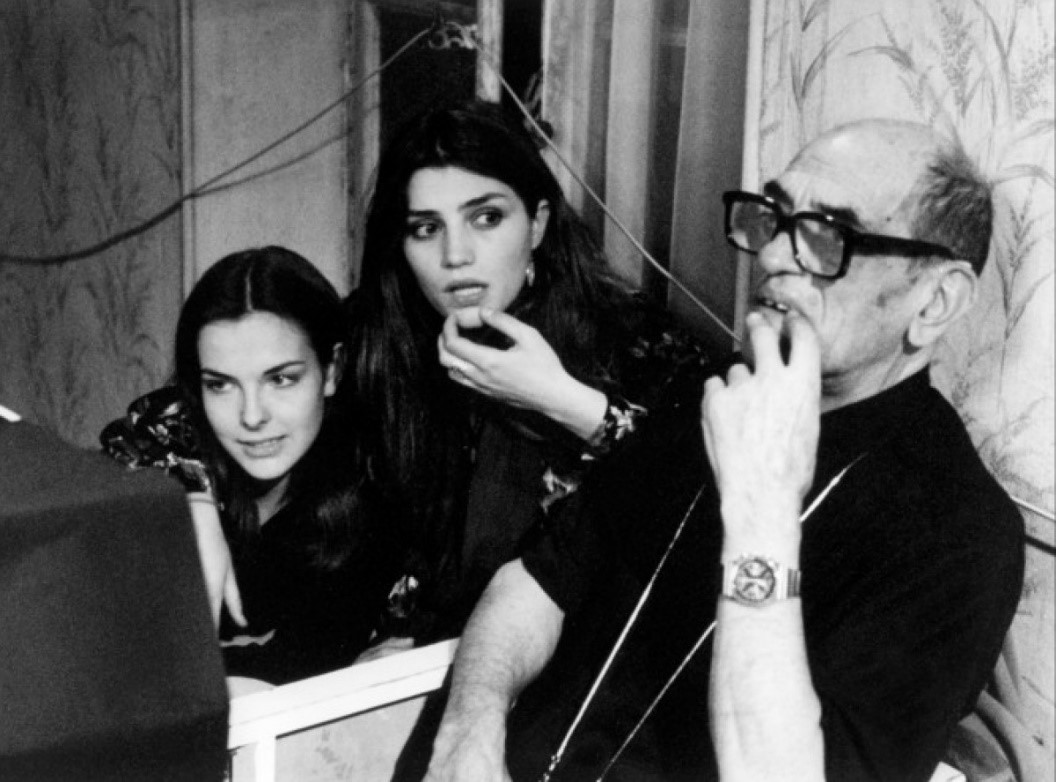 (Picture from filming of Luis Bonuel’s “The Obscure Object of Desire” movie used in the workshops. With it we demonstrate the fact how two completely different actresses could be assumed as one and the same by 70% of the audience if the fact didn’t fit our habits for perception that a character is played by one actress)