DevConf India and the need for an SAP and FOSS partnership

For my lifetime, I have worked in the domain of SAP, a licensed vendor of enterprise software. Open source software, to me, was something noble which never worked in real world. Like in life, my experiences taught to me that noble was nice but it never paid back enough. The recent movement of SAP to open-up, firstly with OpenUI5 and subsequently by collaborating with Cloud Foundry in terms of the new Web IDE full stack offering with containers signaled a shift in the approach. As a keen follower of SAP, I found something different in the current shift in comparison to the earlier shift to Java which was relatively short-lived and lacked future roadmap.  Two weeks ago, I attended the DevConf conference organized by RedHat in India(Bangalore). After the day’s session, the value proposition of embracing FOSS(Free and Open Source Software) was apparent to me. I would like to share some of topics which caught my attention and their relevance to SAP world. 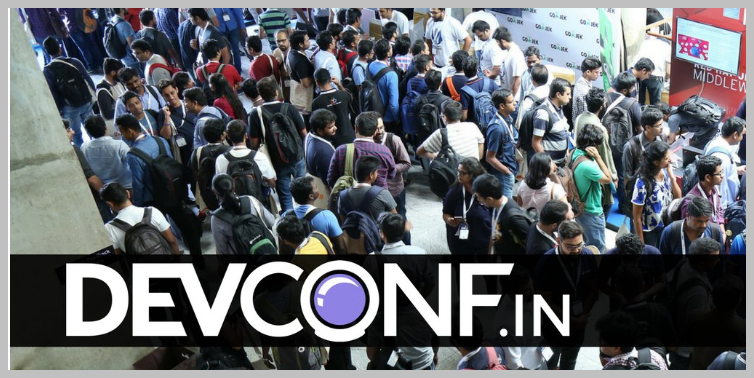 On a cloudy Saturday morning, I arrived at the conference to find a huge gathering of people frantically searching for the session rooms. I was the black sheep in the open source world. In general, I always feared to interact with Open source community as they always scorned once I revealed all my world revolved around SAP. They always seemed to me like the characters from the Big Bang Theory, who always spoke to something totally new, crazy and innovative. I used to shy away from getting into any conversation. It was time to overcome my fears.

Anxious and nervous, I walked into the auditorium behaving as if I belonged here. Inside me, I knew that this was the last place especially on a Saturday morning. Around me, there were developers holding their Mac and looking exited. I behaved like a snob, just like the way some experts behave.

The opening session was by the OpenShift Field Product Manager and Developer Advocate, Jorge Morales. A session on OpenShift. In a matter of minutes I could start relating to the words which came out of his mouth J. The topic which caught my attention was DX. I knew that UX is not UI(A shameless plug in for my blog). But, DX, what was that? DX standard for developer experience and I was a developer. However, I never realized that developers are also human and not some tools. The attempt of OpenShift-Do was to abstract the deployment and environment to allow the developers to perform one thing for which they are hired, Code. Wow! I always feared the environment and now that never mattered.

I walked into sessions where people used predominantly commands on linux and the presentation was mostly on the command line tool. I walked out faster than I walked in, and felt some disdainful stairs from the Big Bang characters. Meanwhile, I found sessions on User Experience, Accessibility and React-Javascript much to my relief.

At the end of the day, I walked out by the end of day making few acquaintances. I found the excitement of the Open source community, vibrant and colorful (in terms of their knowledge).

Overall I had a sense of openness towards open source world(pun intended). I felt powerful and was keen to boast my newly acquired skills but a lesson from my experience in the conference was, Pride and Ego only makes you smaller than you are.

Hopefully, I can interact more in this space and look forward to future collaborations.

Hope the mixture of some technical and mostly generic observations on this blog made you feel good of spending the few minutes reading the blog. Like if you Liked it 🙂

Thanks Sharath M G for sharing your experience. DX is something new for me but i believe many of the products for microsoft already had this, for example visual studio which i used for VB in colleges had good amount of drag and drop features from coding prospective, but yes setting up the enviroment to execute was always a pain and still is a pain.  But with more and more containers coming in this problem shall cease to exist.

In my opinion, we have always looked at abstracting the coding by providing the wizards and templates. In the conference, I found the contrary. There were no tools but everything on the command line tool.

In SAP, we tend to look at the base level and abstract. Due to this, most of the developers stay at surface level of language syntax and never get deep into the system.

A bit of dirty coding helps us find the bits and pieces and removing the environment constraint helps the focus to shift only on the power of good code.

Yes i agree and also disagree all in a constructive way:). Opening a CLI and running some commands does not always means you are deep into the system. For example in angular, ionic etc. we tend to create template/pages/pipes/components via CLI command does it enhance my understanding no. Actually the same command is acting as wizard in this case. So it actually depends on what kind of command they are and what result they bring in.

Agree with you on that. Working on CLI is not about the neck deep into system. My contention is too much abstraction and standardization of code-generation will lead to No-Code development.

I'm just being selfish as a developer. 🙁