The challenges with workspace context menus

Context menus are a familiar and frequently used interaction to launch commands over the project workspace. Right-click the mouse over the files tree, and all commands relevant to that item in the folder hierarchy appear in a menu for you to select from.

Context menu are composed by an algorithm that is calculated on-the-fly. It creates a dynamic structure of submenus and commands that change based on both the selected object and on the project context where that object is found.

Each tool and most plugins insert new commands into the menus. Those commands appear in the context of the selected file, folder, module, or project, or even the entire workspace. As the number of tools and plugins continues to grow, the workspace context menus became cluttered and unruly:

It was time to refactor the context menu rules and structure:
to bring clarity, order, and a smooth experience to this frequent interaction. 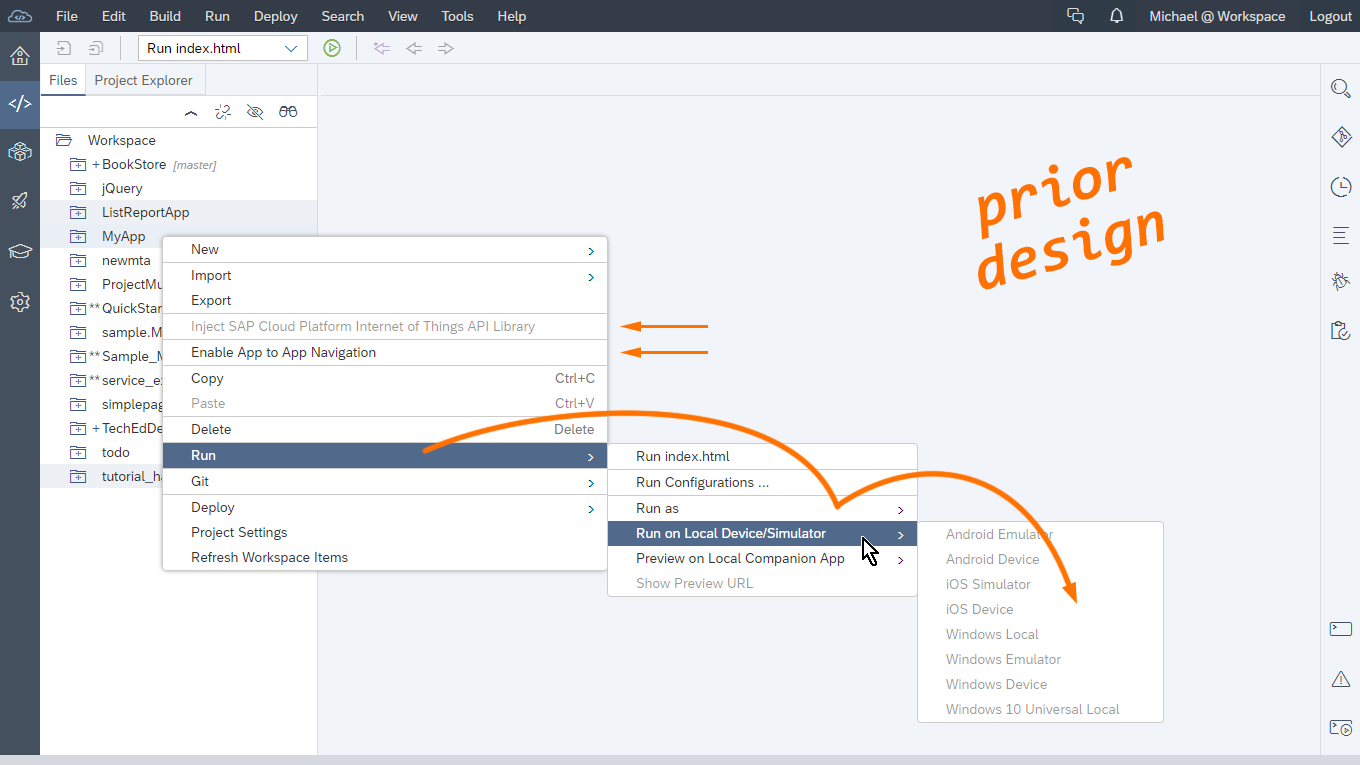 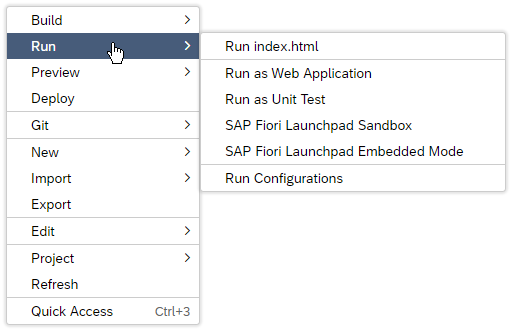 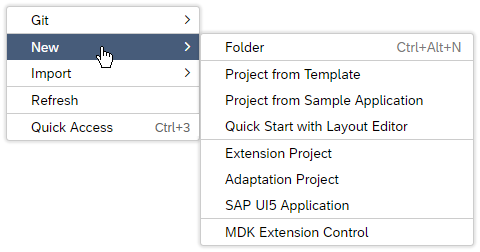 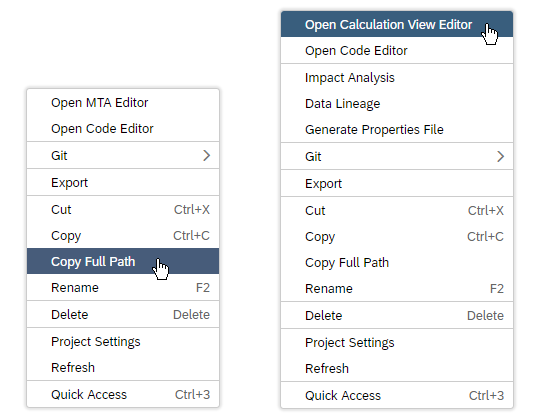 If you think you’ve found a command out of place, snap your screen and tell us! ?
We’ll put it back in place and pronto! 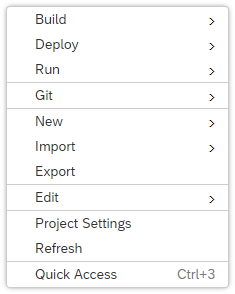 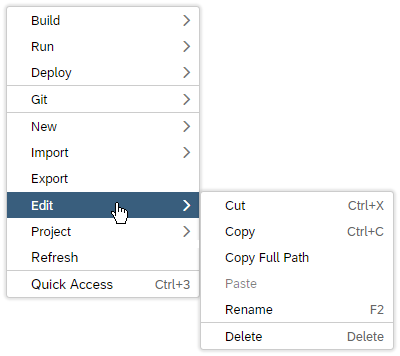 Wish the clear console command could be easily executed directly on the console and not by pull down menus.

@Ev Shafrir - Neat one. There is an issue for the trial account when loading the project from template. Would it be anything to do with the updated version ?

Hi Vivek, thank you for your comment. The context menus simply rearranged existing commands.  Perhaps you can open a separate question on the issue you encounter?

Here i have a doubt, how can we build the mobile application? Previouly i used to build with this option ( project->Fiori mobile->Build Package App ).

Now i could not see the above option and i have tried to use the new Build option but its in disable mode.

could you please suggest how to build the packaged app.

Please tell us, which tools and features are you using in SAP Web IDE to build your mobile applications? Are you using HAT (Hybrid App Toolkit)? Or the MDK (Mobile Application Toolkit)?

This will help us understand the context.

Where is the “Paste” Function?!

Copy/Cut are still there, but I can’t find “Paste”?  (Development -> Files)

Please help us with a screen capture so that we see the specific context this is occuring for you? (tool / project / folder).

In the "Files" Explorer when you rightclick on a file, there is copy and cut, but no paste.
Also ctrl + v does not work. How should I be able to paste files I copied/cutted? 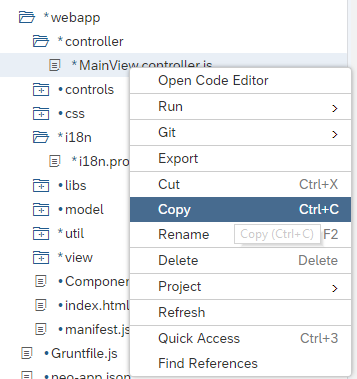 Thank you for the attaching the screen caputre.

The menu context organization exposes commands that are with direct context to the selected item. So the Paste command appears for all folders, but not for individual files. (Strictly speaking, we cannot paste into a file.)

We'll evaluate all feedback after an initial use period and refine the command context rules accordingly. Thank you again for this feedback.

Hi!
Thanks for the reply, but now I'm confused.
Why is there Copy/Cut on individual files, if there is no Paste possible (as you said)?
Also Copy/Pasting individual files like this was possible before (pretty sure about that)

ahhhhhh, now I get it.
Paste is only available while selecting a Folder.
Hidden in the "Edit" Submenu.

But in any other IDE (IDEA, Eclipse, Atom, etc.) if I "paste" a file on a file, in will insert it into the parent folder of that file.
Pretty sure that worked at some point in the webIDE too. Otherwise I wouldn't have noticed it not working anymore.

Thanks for the feedback/help.

Your feedback has been shared by others and the Edit submenu will most probably be dissovled and all edit commands appear (as they did before) included in the first level context menu. This change will happen together with other refinements to the new design. We're continuing to collect feedback.

4. Single file context menu is quicker and shorter.
All available editors for that file type are visible...

Can you apply a little "most often used" logic to which editor is default for a specific file type?

I often open the mta.yaml file by double-clicking only to have to close then design view and re-open it in code view(which I prefer).

If I open a specific file type more often with one view or another, it should become my default view for that file type.

Or at least give me a setting so that I can tell which view to default for each file type.

Indeed we have the setting you are looking for. You have control to choose which editor opens each of the code file types. Click on Preferences and then find the Default Editors page.

Indeed.  I should have checked before leaping! -Andrew