We deliver standard CPI content for C4C integration with various products like SAP ECC, SAP CRM, SAP Marketing, Employee Central etc. But in most cases some enhancements are needed at the mapping level to pass additional information between systems, which are not part of standard content, but specific to customer implementations. In such cases the standard integration flow content needs to be edited, to make the required customer specific enhancements. The problem with editing an iFlow is two fold.

With the introduction of ProcessDirect adapter, in SAP Cloud Platform Integration (CPI), now we are in a position to provide exit points in our integration flow artifacts which will enable customers to do enhancements on top of SAP delivered content without modifying the standard iFlow and thus customer will always get notified about all future patches and enhancements for those artifacts.

The same modelling is also possible with HTTP/SOAP adapter instead of ProcessDirect adapter but this will increase latency and network overhead as any call to another iFlow even inside the same tenant is treated as an external call and is routed via load balancer along with a need for authentication and authorization for each call.

In this blog we will discuss about the concept, of how extension is supported in SAP delivered content using modelling technique and use of process direct adapter. In a subsequent blog we will see how to implement the exit points.

Note: There can be various ways of modelling an iFlow to support extensions, this blog focuses on how this has been achieved for C4C integration content.

Extension is required in one of the following cases

Let’s try to understand this with an example

Here we receive an IDOC from SAP ERP system, then map it to a target structure which is based on a C4C WebService and send the output to the target system (in this case SAP Cloud for Customer)

Example of Extended Structure: ORDERS.OREDERS05.ZEXTENSION or ZORDERS.ZOREDERS05 (This purely depends if IDOC extended is using BDFG or WE30)

For the extension scenario we will only focus on the mapping as this contains the source and target structure.

In case of extension we get an extended source structure from source system, which needs to be mapped to an extended target structure

In order to support extension the iFlow has to remodeled in such a way that the original mapping is never changed. This is achieved using the following steps.

To summarize,  mappings executed in different iFlow are listed below

Note: From 1908 release pre-exits are no longer needed for IDOC to SOAP scenarios. So, one needs to just implement the one exit to map the extension fields. With this approach the no of calls inside the CPI tenant can be reduced significantly for high volume scenarios.

Note: The router is used to check if exit steps are required to be called for this iFlow based on an external parameter which is set to false by default.

In the pre-exit process call step, a call is made to pre-exit iFlow using the ProcessDirect adapter. 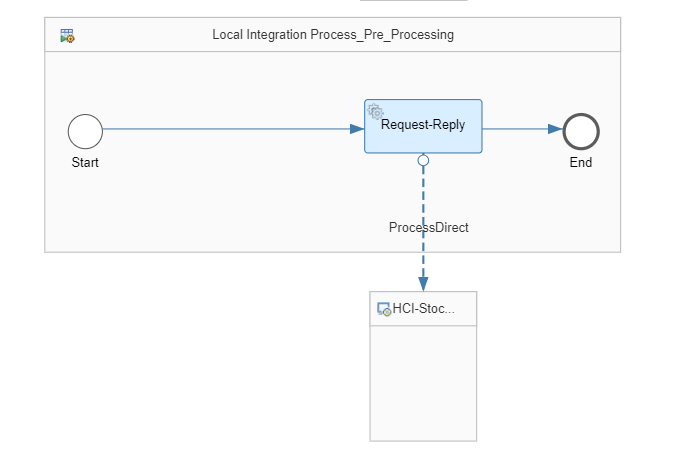 In the post-exit process call step, the mapping output of the standard mapping is merged with the original payload from the source system using a content modifier, and a call is made to post exit iFlow using ProcessDirect adapter. 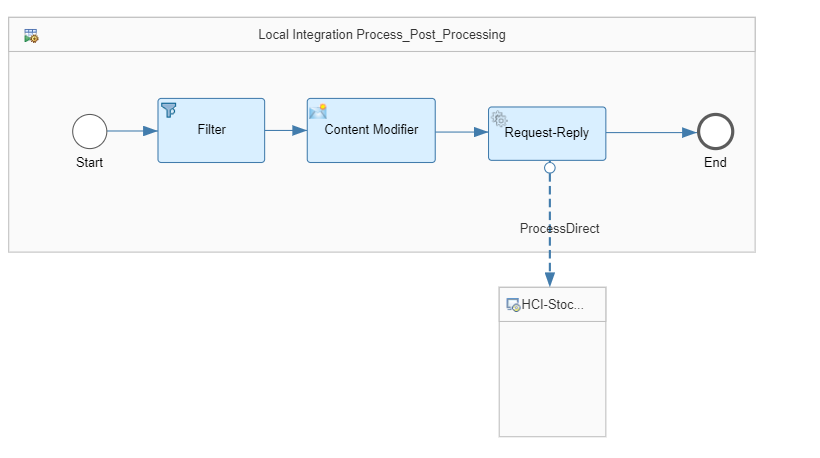 The pre-exit step is required only in case the source structure is enhanced, a typical example is extended IDOC (Here the IDOC root node is different from what we support in standard content). In case the source structure is service based then pre-exit is not required as the root node is not changed as a result the standard mapping can be executed as is. The extension fields get added to the same service (example: extension elements added to C4C service interfaces via KUT).

In this blog we looked at how extensions are enabled for standard iFlow using modelling techniques and ProcessDirect adapter. In the next blog we will talk about how to implement the pre-exits and post-exits with a sample scenario. In addition we will talk about scope and timelines for this feature to be made available in the standard CPI content packages for C4C integration.

Excellent! Great that we could enhance Standard flows keeping updates intact. Thanks for Sharing. Looking forward to blog with implementation.

The next blog has been published after a long delay 🙂