SAP Labs Bulgaria: How robotics helps students to collect ideas and make difference through a viewfinder

When I joined SAP three years ago as a UX designer, I found a place where I can challenge my creativity. Working in SAP Design broadened my understanding of visual communication. As part of the team based in Sofia, Bulgaria, I am working on Fiori – the SAP Design language and foster a culture of innovation and creativity. 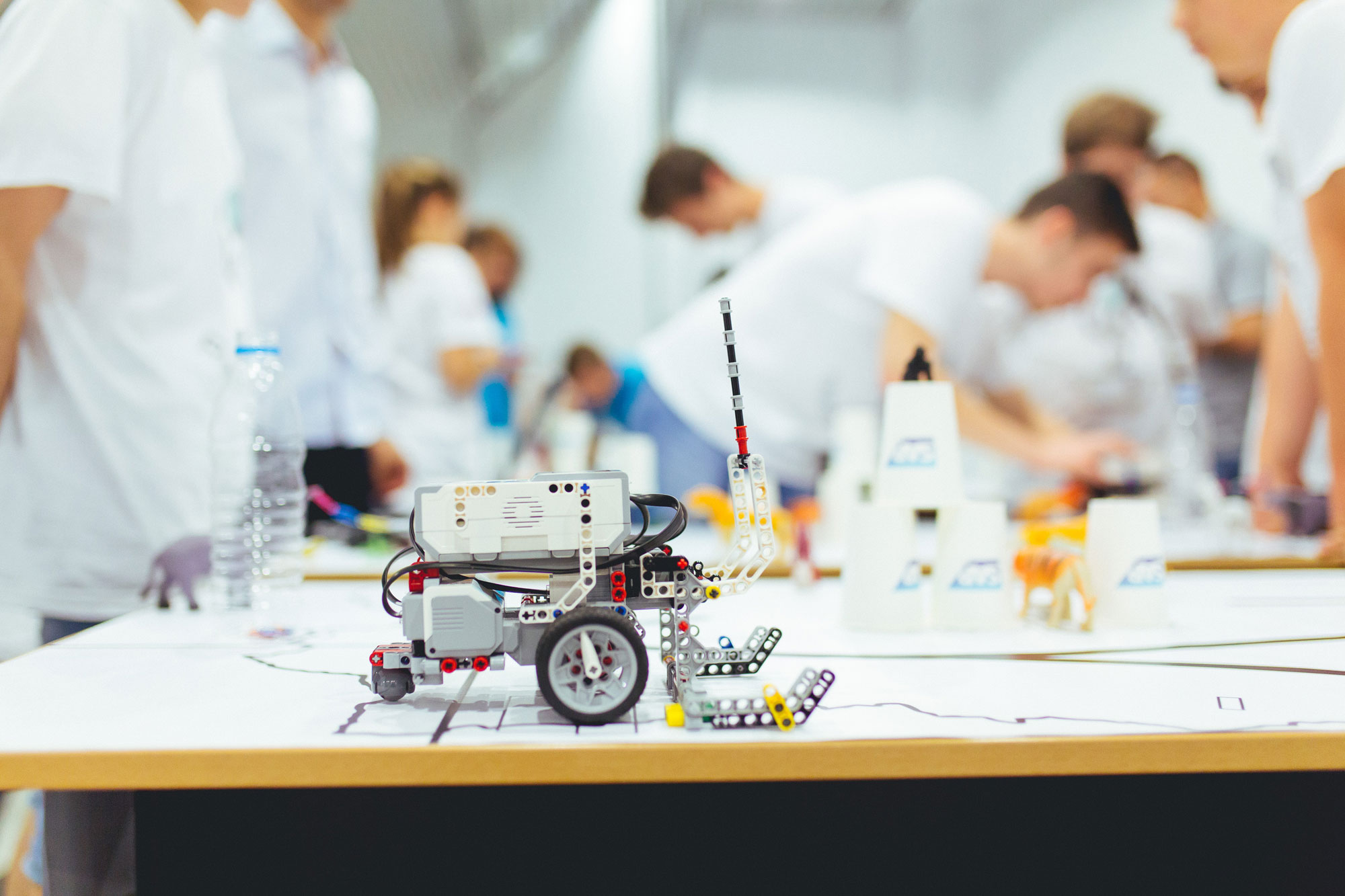 Having the knack for design has also brought photography into my life. Some people run (one day I should start, too), others meditate. I shoot pictures and spend hours editing them. Framing through a viewfinder helps you broaden your horizons and see things that were otherwise missed.

One thing which I’m glad I did not miss is a “photographer needed” call for volunteers three years ago. Before even knowing much about the assignment I had already sent the sign-me-in reply.

The event I was asked to shoot was the final round of Robotics for Bulgaria, a SAP Labs Bulgaria local initiative. 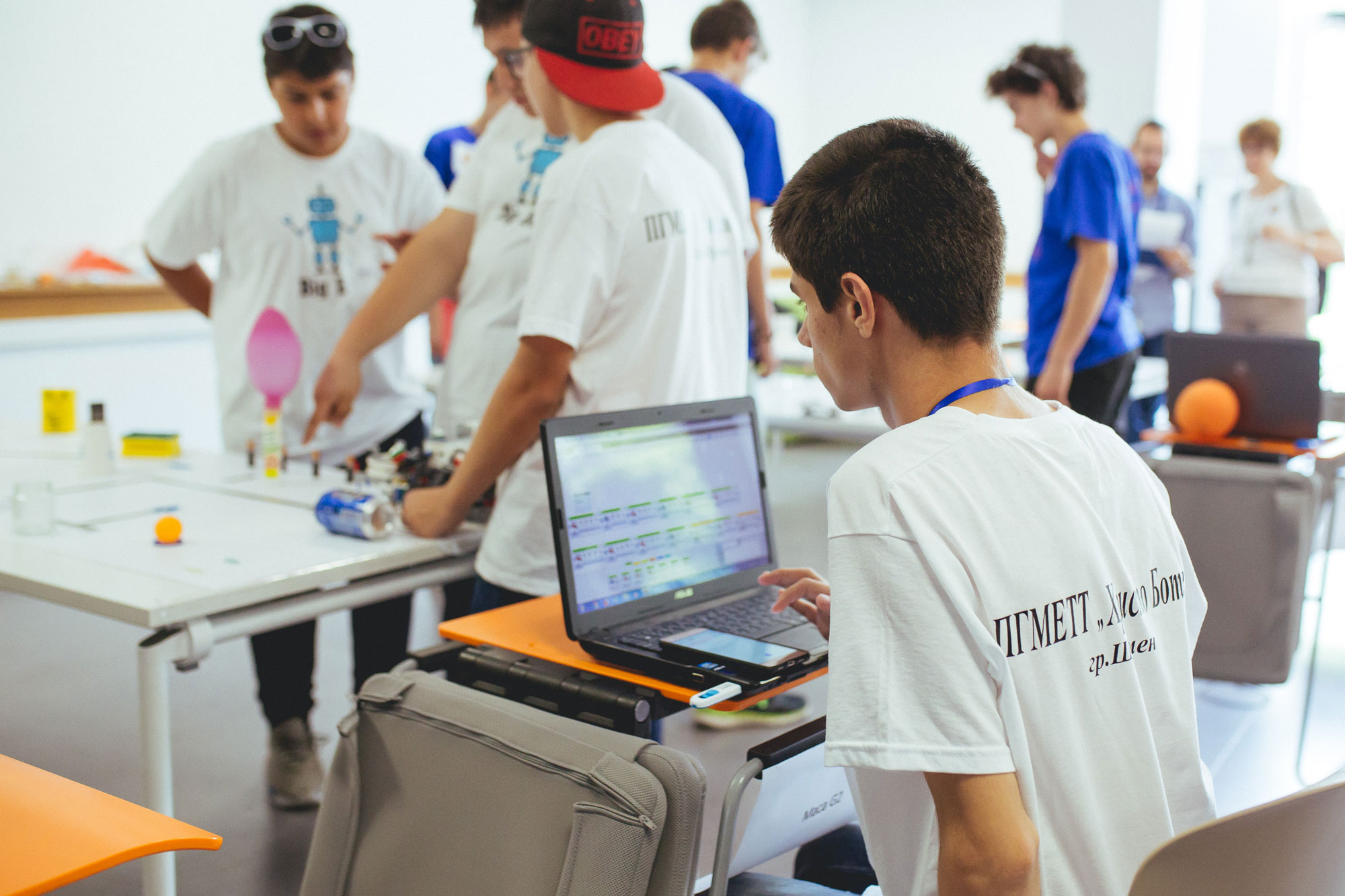 The initiative gathers our volunteer colleagues with students, teachers, parents from different cities and schools in Bulgaria. “Robotics for Bulgaria” program aims to boost the interest of students in science and technology, and at the same time to provide them with an opportunity for teamwork. Mentor teams (each consisting of two teachers working at the same school) receive support for establishing robotics team in their schools. The program targets students who want to develop further in the field of science and technology, and robotics can help them enhance their skills and knowledge for their future development.

The event began at 9 am. My routine made me arrive at 8 am carrying 2 backpacks with 3 cameras and additional lightning … just in case – honestly, it was too much.

The event was held in the office of SAP Labs Bulgaria, which is a pretty quiet place.

That was not the case that day. Half an hour before the official start, the office bustled with children’s clamour and very soon the quiet building hosted a sort of a mini MIT-like conference. Kids and teachers from all over the country rushed impatiently and breathlessly in search of their places. Some of them had just traveled a few hundred kilometers, but that did not affect the mood that lit their faces. 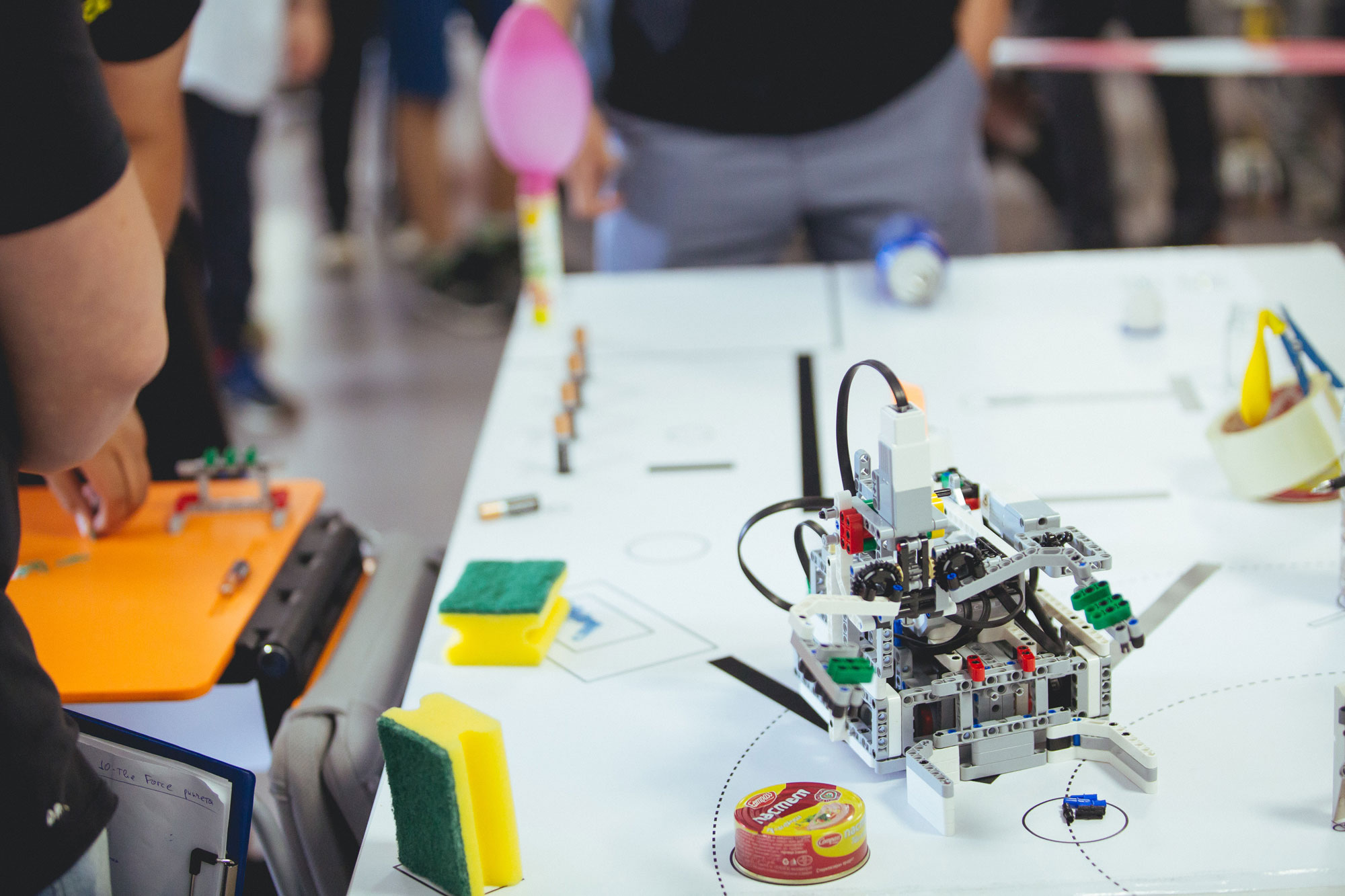 Competitive and focused, the teams began building their booth camps. People who had not had breakfast got lucky – some teams had brought home-made cookies and snacks typical for their regions.

All participants were eager to show that they were the best.

The competition consisted of different aspects – presenting a scientific project, a team game and a Robo challenge. Fans in branded t-shirts cheered and screamed for the different teams.

It was during the robo-challenge – that last part of the 8-hour marathon – that I noticed something.

Right before stepping up on the stage, one of the teams lost an essential part of its robot.

Without even thinking, a kid from the competitive team searched for something and after a while handed over a similar piece saying – “here, this should fit” and then explained in detail how exactly the new part can be added to the robot in order to work.

After the contest, I stepped out from my role as photographer to congratulate the team which provided the missing part. After all, I was one of the few who saw the gesture, which was a great example of fair play. 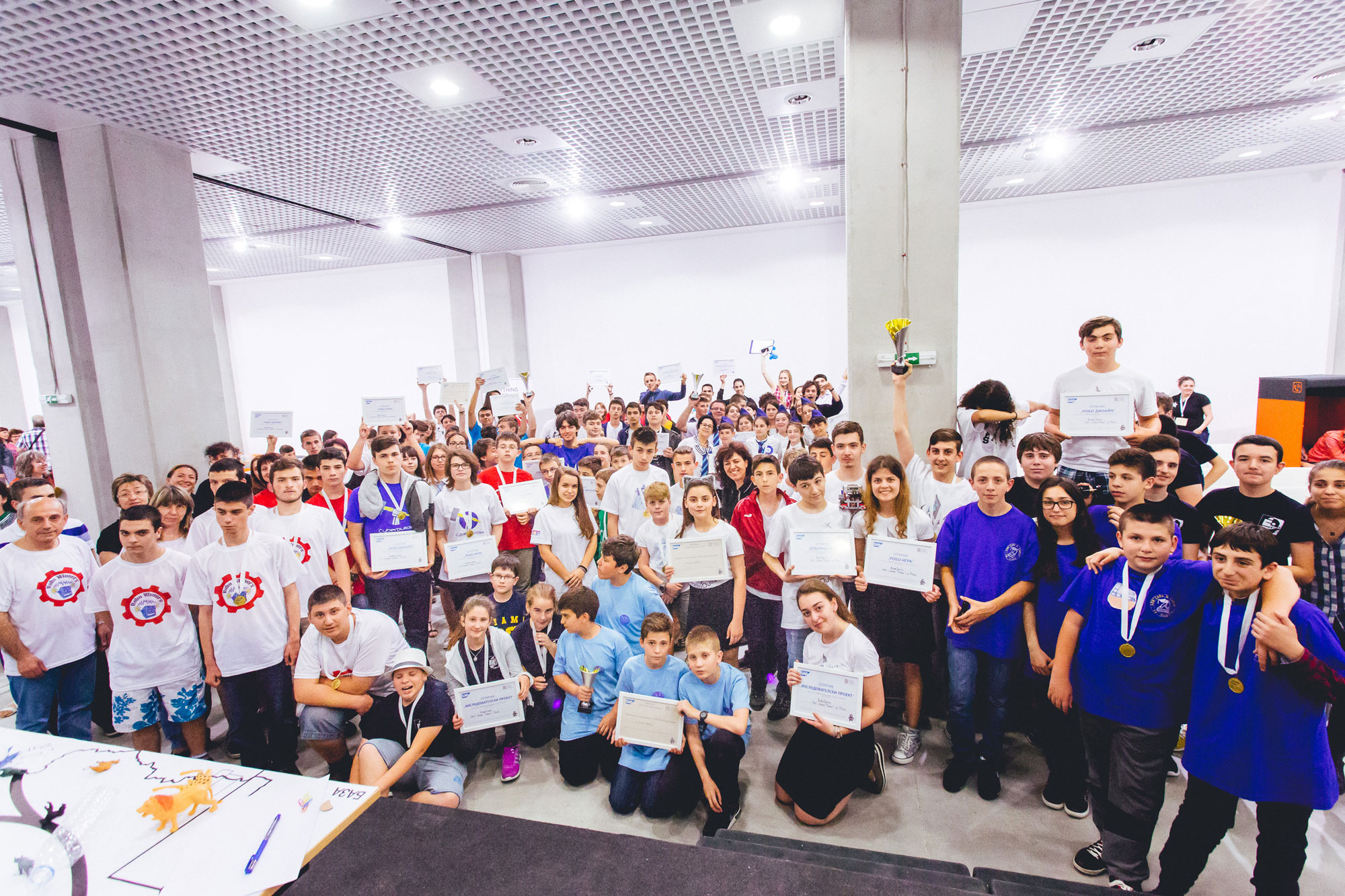 “This was a good thing also for us”, said the boy who handed over the tiny part “after we realized that they might lose our part as well, we came up with an idea how to simplify our robot”. “In our desire to use all parts we often complicate our robot,” said another team member.

And what did they like the most at the event? When asked about it, they started screaming

Seconds after I’ve said bye to the team, the goodhearted boy approached me, and we continued the conversation.

“…the opportunity to collect ideas…”, said the kid. “we can build on them and make a difference as a team”. After a couple of sentences the shy boy said, “after all, we should make some people proud – like our parents and teachers, right?”.

These kids don’t skip classes! They need to have good grades otherwise they are not allowed to participate. Honestly, it made me feel like the future is heading in the right direction. 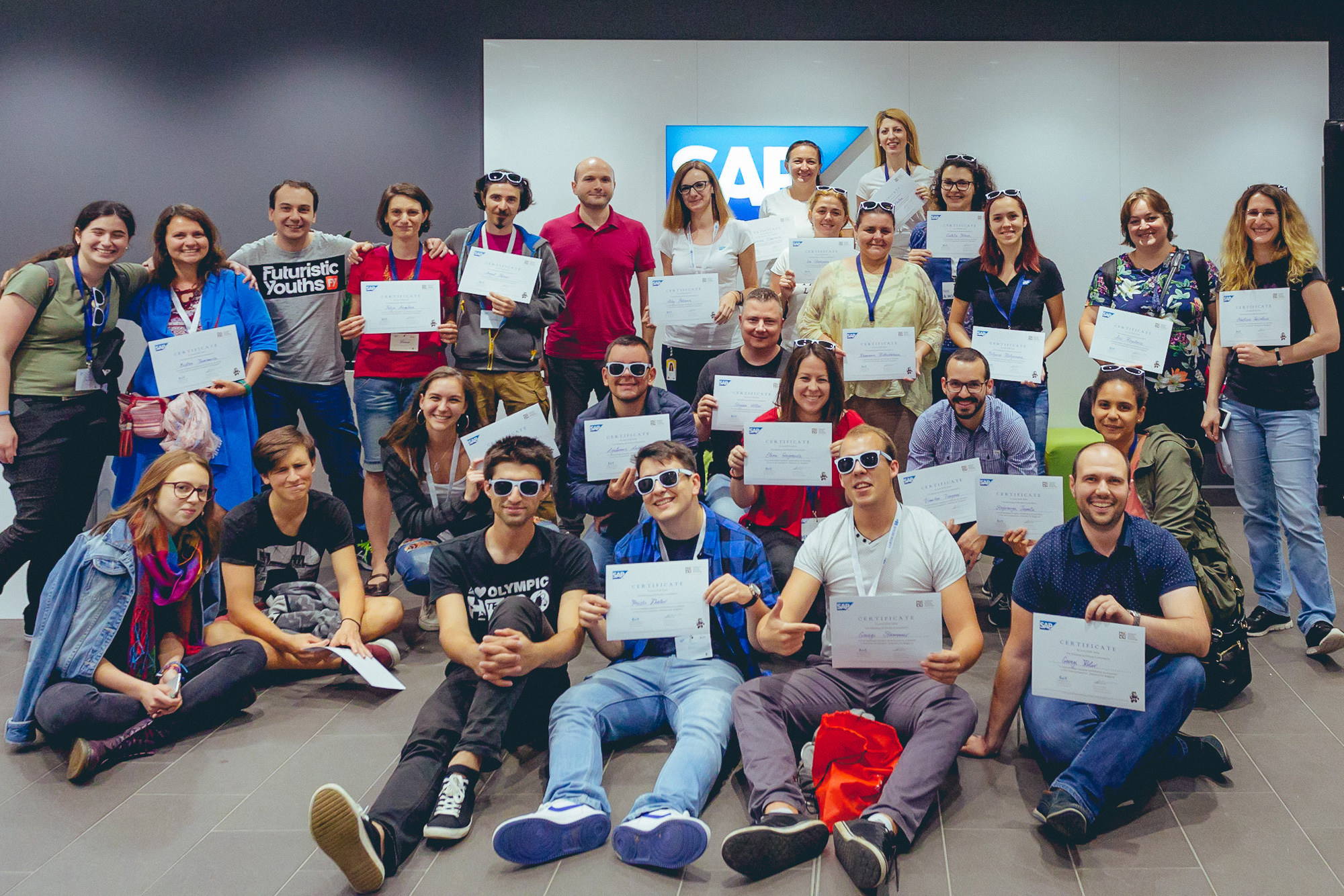 During the postprocessing of the pictures, I somehow couldn’t stop relating to the words of the kid.

This June, for a third year in a row, I volunteered to be the “official photographer” of the final round of Robotics for Bulgaria. The energy of the children and their motivation make me always think and take something for myself.

Although my interpretation of “seeing the capital” is a bit different seeing it during rush-hour every morning, I firmly agree that there is enough time and “parts” to help someone.

On top of that – building on different ideas would make us more efficient, creative, young, … and more human.

People who are also having fun – and enjoy the free drinks, of course.

People who might also make someone proud, starting probably from our younger selves.

*Viewfinder is what the photographer looks through to compose, and, in many cases, to focus the picture.