CI / CD for SAPUI5 on ABAP with GitLab

In the ABAP world CI/CD was never as popular as nowadays. With the growing amount of UI5 apps, CI/CD is becoming a very hot topic. It’s even possible to use it for ABAP developments thanks to ABAPGit!

I think we all noticed that a lot of SAP customers are not aware of CI/CD, just because it’s simply never being used for ABAP developments. By starting with UI5 apps, they meet a total different world where CI/CD is common sense. For this reason, SAP provided a best practice guide on CI/CD ( https://www.sap.com/developer/tutorials/ci-best-practices-ci-cd.html ) and they are working on a CI/CD service in SCP which is currently in beta. But there are other solutions too.

Let’s start with a brief introduction about CI/CD for those are new to this.

CI stands for Continuous integration and means that developers should be possible to merge code changes as often as possible to the master branch on git. The changes will trigger a build of the project and validate the it with automated tests.

CD can have two meanings:

You can read more on CI/CD here: https://www.atlassian.com/continuous-delivery/ci-vs-ci-vs-cd

In case we’re using CI/CD on an ABAP system for UI5 apps, we could have CI/CD/CD. Let me explain this:

This means that we use all three of them in some way?

You have multiple options in case you want to start using CI/CD for your UI5 apps. One of the most well-known CI/CD solutions, is the one that has been described by SAP in this best practice guide: https://www.sap.com/developer/tutorials/ci-best-practices-intro.html

Based on this setup, SAP is working on a CI/CD service in SCP that is integrated in the SAP Web IDE. This is currently in beta and not yet general available.

It means we only have the best practice guide for now… but have you tried following this guide? I’ve been down this road and it was a very bumpy one ? You have to install different components, do a lot of configuration and not everything is explained in the guide in detail. In the end, everything worked on my system but it took a lot of time. For that reason, I’ve been looking to other solutions for CI/CD.

When you search for CI/CD tools, you’ll find a lot of tools that you can just use online like GitLab, Travis and many more. A lot of these tools are available as cloud tools but we need local installations. For automatic deployment, the CI/CD tool needs access to the ABAP system. Therefore, it has to be in the same network.

Eventually I came across GitLab for on-premise which offers integrated CI/CD for free: https://about.gitlab.com/pricing/

It’s very easy to use and maintain your git repositories. Besides that, it uses the concept “Merge requests” which is like “pull requests” in GitHub.

The documentation and community of GitLab is good. You can find an installation guide for all possible Operating Systems. Just follow the steps for your OS here:  https://about.gitlab.com/installation/

Enable HTTPS, this is needed for the SAP Web IDE:

Besides a GitLab server, you also need to install a GitLab runner. Runners are being used for the CI process. You could install this runner on your local machine and connect it to the server to give it more power. I just installed one runner on the same machine as the GitLab server. (This is not recommended)

Install GitLab runner, I’m using a unix os so I configured my runner as a Shell runner

Create a virtual host for the GitLab server in the SAP Cloud Connector and configure the accessible resources.

Get the certificate of the GitLab server

And export it by clicking on “Copy to File”: 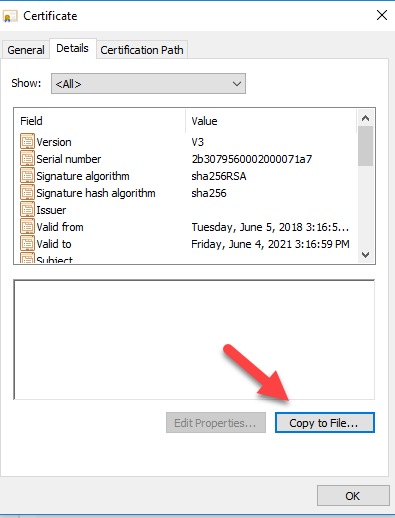 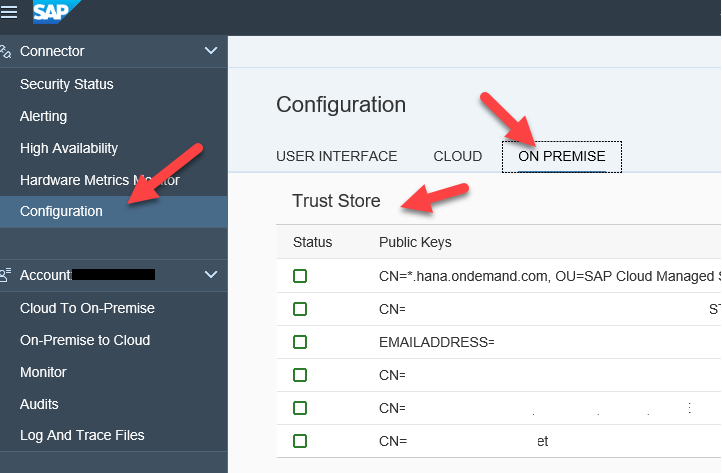 Use the Virtual host in the SAP Web IDE for using your on-premise git:

Setup CI/CD in GitLab for UI5

This is where the fun starts! 🙂

In GitLab, you can configure CI/CD by adding a “.gitlab-ci.yml” file to your project. In this file, you can configure all the steps and assign tasks to each step. From the moment that you have added this file, it will run the CI process on each push command on each branch (depending on your config). I have defined 5 steps in this yml file for my CI/CD:

I’m doing the unit test before the build, that way I don’t have to wait for the build in case the test would already fail. I’m planning to add a unit test step after the build on the “dist” folder to be sure that the app still works.

For deploying to ABAP, the Grunt deploy task needs to know which system, package and app name we want to deploy the app in. Therefore, I store all these parameters in the GitLab CI/CD settings of the repo. (see below)

It’s possible to define on which branch each task should be executed. It will be executed for each new change on each branch by default. But you could also define a specific branch for a step. For example, the deployment step should only be executed on the master branch. Therefore, I’ve added “only:  – master”

The syntax “artifacts” and “dependencies” are used for sharing resources between different steps. Otherwise it would need to load the node modules in each step, which would be overkill.

This is how I configured my yml file:

The CI process works very close with the grunt file. It just runs grunt tasks in a defined sequence  (at least in our case).

For my gruntfile, I started from the sapui5 best practice grunt config and extended it with:

The project contains “eslint” files, which are used for the lint task. The “eslint” files are generated by the SAP Web IDE. I don’t think they are really needed, but you can just add them to be sure by following these steps: 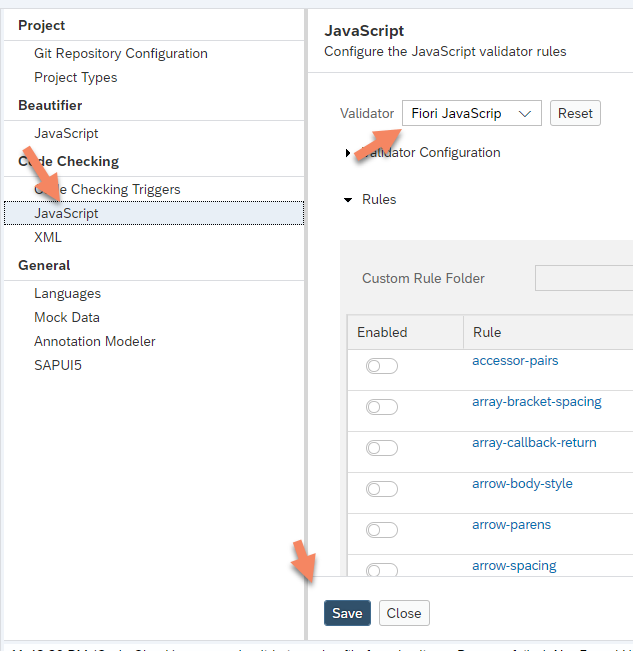 This will generate the files with all the eslint rules. 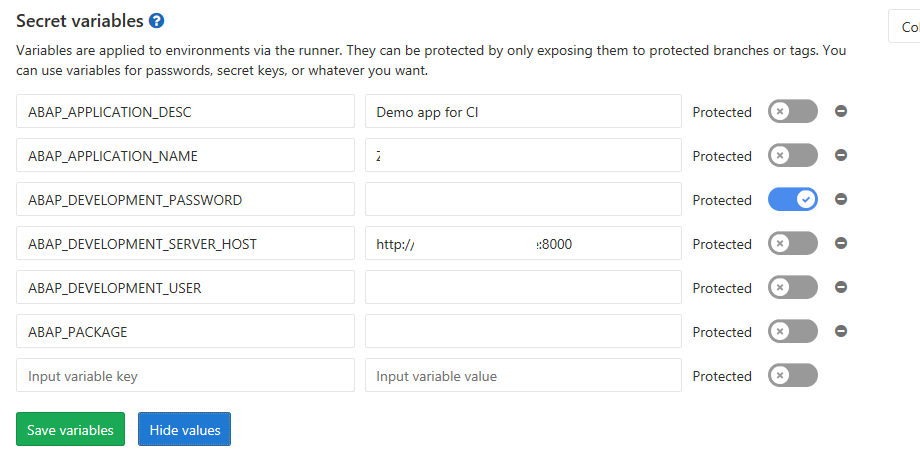 When everything is configured correctly, each push to git will trigger the CI process and you would see something like this in the CI/CD pipeline of your repo:

Here you can find my full GitLab demo project: https://github.com/lemaiwo/GitLab-CI-UI5-DemoApp

There are other ways to setup CI/CD! In case you want to use GitLab, just follow these steps:

And you should be up and running!

Really extensive and insightful blog as always Wouter. We are using selenium in our pipeline for the builds at my client. Next steps is abap ?

Thank you Jakob! Please, share your experience with selenium and your setup. 🙂

Do you really need Gitlab on premise when you have the runner inside your network? I have a landscape that runs on VSTS (Cloud) but I use the build runners inside the network, so the build package can be deployed to the on-premise target without problems.

Since the Build runner is the one that starts the connection to the cloud (via proxy), usually there are no problems with this setup?

I have no experience with Gitlab, just VSTS.

You're correct. But, in my case we're not able to install software on our computer of the customer... that's also the reason that I've installed the runner on the server.

Thanks, just wondering if gitlab allowed that, great blog!

simply great ! I am trying to setup something quite similar in Azure Dev ops, I am able to build the UI5 applications sourced on git but I am struck with Release pipeline ,Any hints ??

Maybe a problem with the connectivity to you SAP system?

Thanks for this wonderful blog.

I want to setup only build automation in GitLab.

It is like if anything is pushed into master, the DB module in the master should automatically start building. Like we know in HANA 2.0, building is one kind of deployment process only where the di builder deploys the artifacts in developer's schema.

I want to build the DB module to get the artifacts to be deployed in developer's schema.

Is it possible only with using GitLab or we need any other tool as well?

If GitLab is enough then please help me by providing link or document describing how to configure the .gitlab-ci.yml file?

Thanks and Best Regards,

Should be possible! But I don't have any gitlab-ci file that already does that...

I blame it on parental leave that I didn't discover this earlier. Great read Wouter! Side note, we're updating the best practices. And I'm wondering what you think of these tools that simplify ABAP uploads from any CI system:

I like it! But what if you don't use CTS or SOLMAN? I know we have the ADT service, but an OData service would be easier to integrate this in CI/CD.

Again, it took me long to reply, but: OData is there, the cm-client uses the ODATA APIs that have been created for that purpose.

Where can I find these OData apis?