Motivation for the blog

Last few days have been quite tied up as i have to submit  my first online hackathon prototype.Yesterday only it got completed and i was catching up on blogs posted in last few days. I read this wonderful blog Enable RSS Feeds with SAP Cloud Platform Mobile Cards by Mark Wright where he has managed to use SAP Mobile cards for read RSS feeds. He was able to build all this in very short span of time.

This actually triggered my thoughts on a very simple issue which i am facing daily. Though a very basic one but i believe this can be resolved by using SAP Mobile cards. Many might think it is a silly idea:) but yes this idea helped me in understanding Mobile cards in a better way and in parallel resolving my problem.

Before i move to implementing the idea, for the people interested in participating in hackathons they must check Hackerearth or Devpost. Do participate, trust me you will learn lot of things in short span of time.So going back to what the idea is?

What I planned to make?

My idea was very simple, each day i have to buy vegetables and fruits from the vendors. All the time i don’t bargain/negotiate with any vendor as i don’t know what the current price of the commodities are. So my idea was to build a card app where each card shows me the current price of vegetables and fruits in the market, that is why i named this card as VegFu:). A simple card which shows the price as shown below the screen shot. 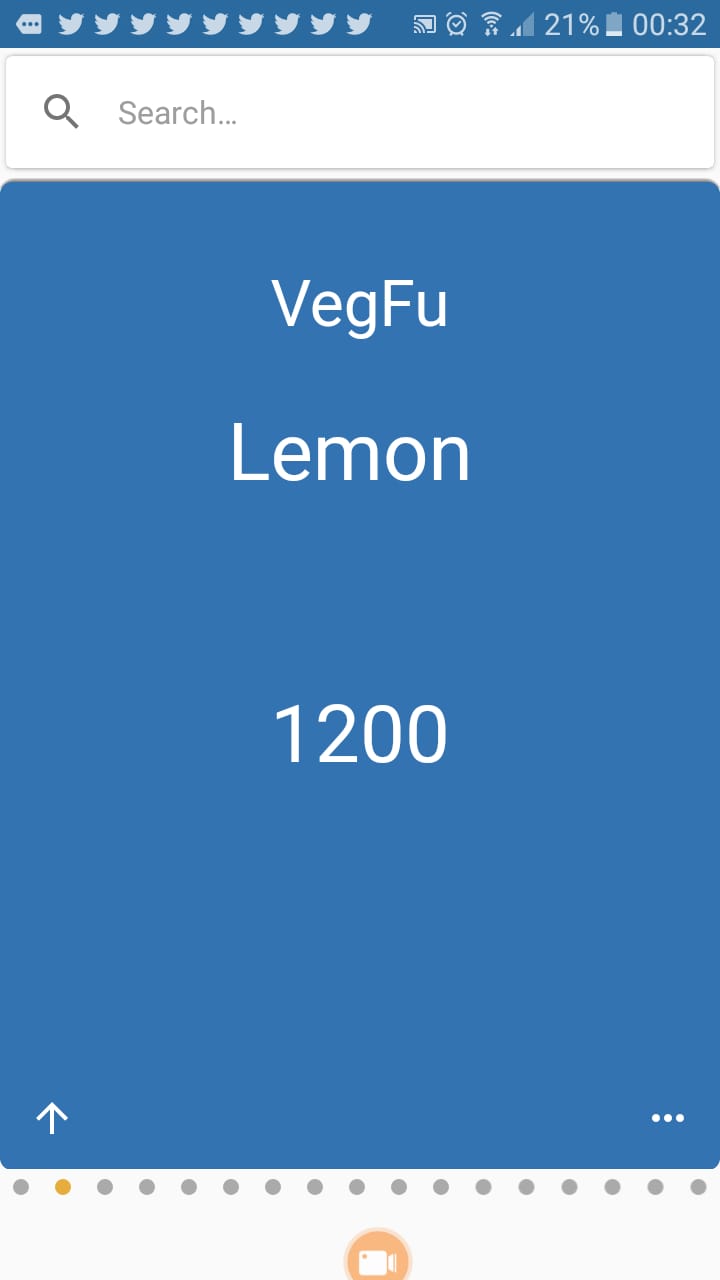 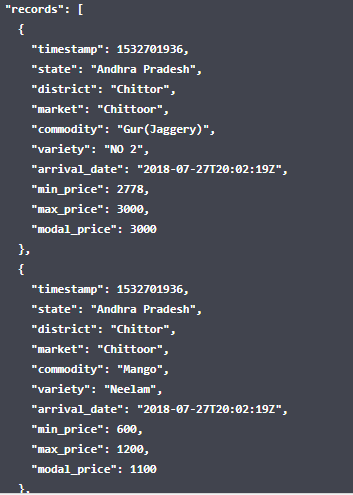 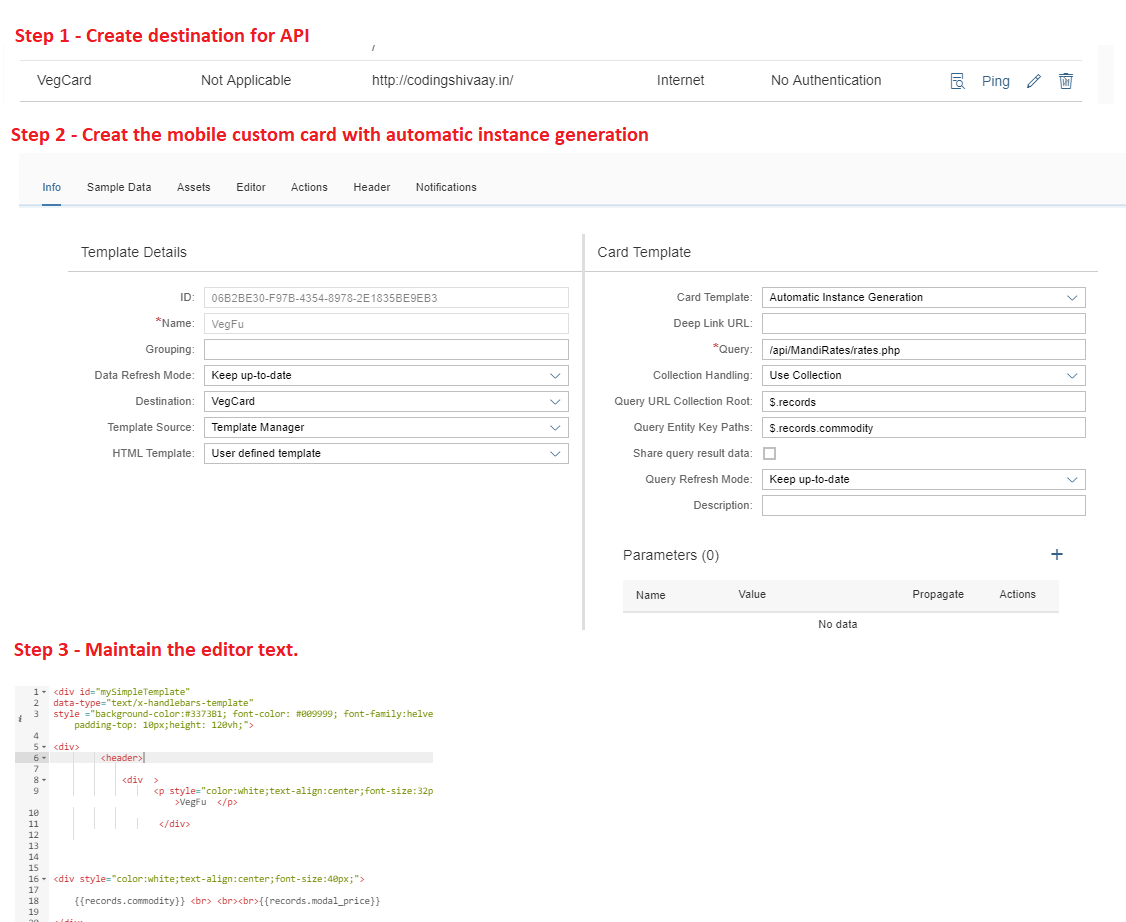 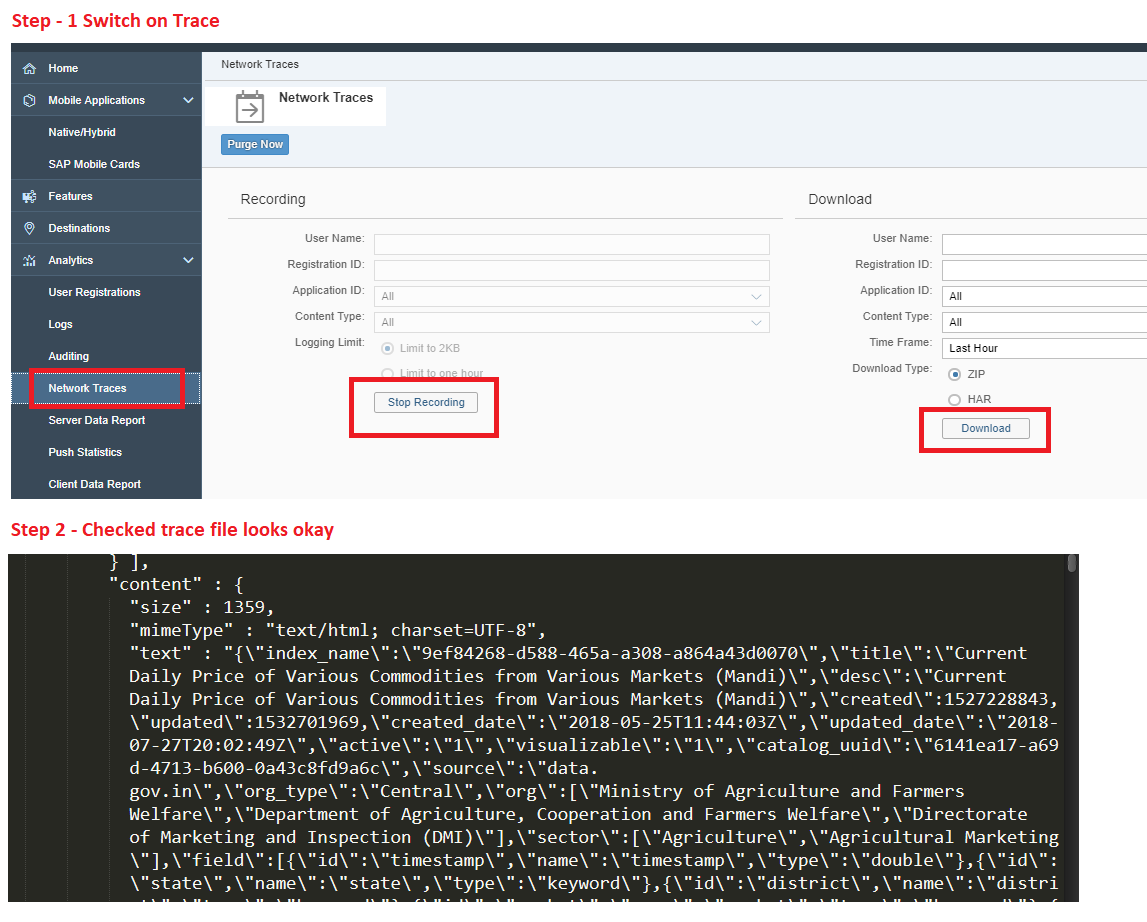 A small demo how my basic VegFu application looks like, very useful for me helps in saving some little money:) the card can be downloaded from here.

What is next is always which actually helps me in generating new ideas. Now since i have a better understanding of the Mobile cards we can use them in N number of ways.

Thanks for reading feel free to provide your feedback.

Great use case, it goes to show that there are many ideas out therefor using this.  This is a great write up as well showing the debugging steps.  You mention wanting to enable this with Alexa, take a look here as I did this a while ago, but it’s a starting point.

Thanks for the feedback. This blog will give me a head start for my idea, thanks for sharing

Great post Nabheet, it was a cool use case.

Also, thanks for reminding me about Devpost – I remember registering in it years ago when I had nothing to do in my weekends ?

Thanks  Midhun VP for the feedback. Devpost and Hackearth are two super cool places to learn something quickly, all you need to do is participate:)

Nice Nabheet Madan - especially like the troubleshooting section being included for those times when things just don't work as expected. Thanks for sharing!

Thanks Phil Cooley for the encouragement. Lets keep sharing and learning:)

First of all great blog on such a popular use case.

Can u let me know the name of the api that u used. I tried to find it on the site - data.gov.in but cudn't.

Thanks Vineet for the feedback. Search for Mandi Rates:)