This blog highlights the ‘Transit warehousing’ scenario with embedded TM and EWM in S/4HANA 1709 release.

There is a requirement in one of my greenfield S/4HANA projects that the individual departments will raise the Purchase order directly to the vendor and the box (containing the ordered material) from the vendor is received through the Central warehouse as depicted in the below image. Central warehouse just registers the box (not the content of the box) at the Goods receipt zone and passes it directly to the Goods issue zone in the trolley for the individual department i.e there is neither any placement of box to the regular bins in the warehouse nor any update of the inventory on goods receipt.

I was looking for the standard SAP solution options for this requirement. ‘Merchandise cross docking’ was not a feasible option as it needs ‘Retail’ set up (Business functions) as of S/4HANA 1709. Then explored the ‘Transit warehousing’ solution which seems to be the best fit for the requirement.

Prototyped the ‘Transit warehousing’ in S/4HANA 1709 with embedded TM and EWM. Process flow is depicted in below image. Note that the process starts with a ‘Forwarding order’ which is mostly relevant for LSPs’ (Logistic service provider). 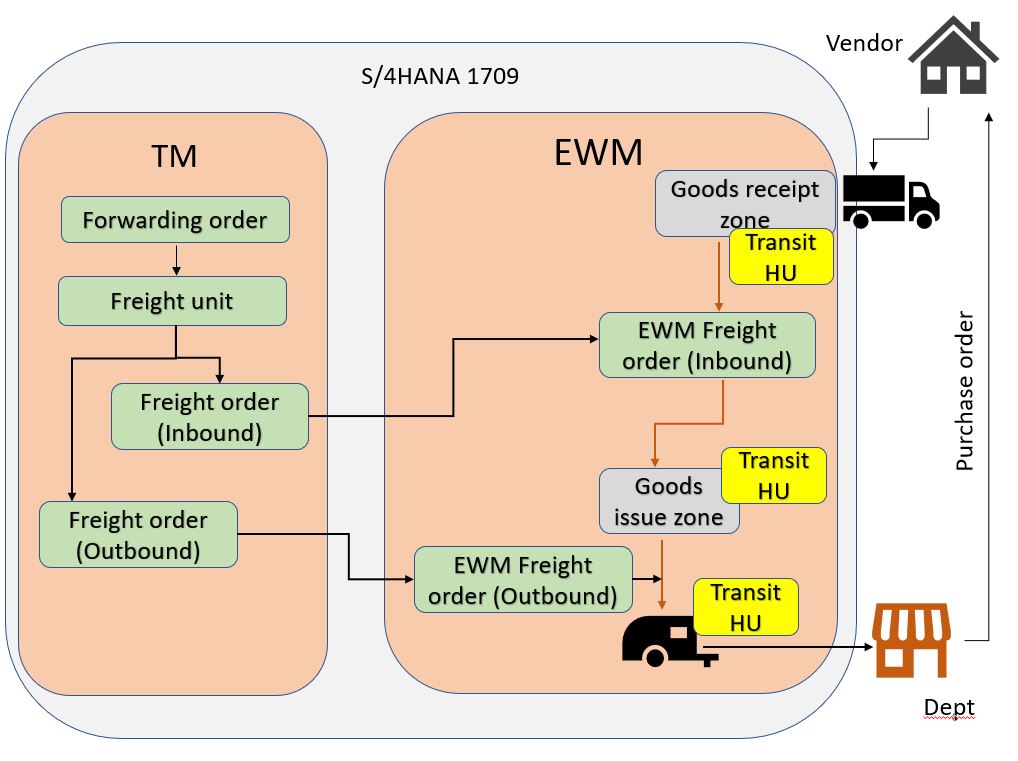 As per the standard SAP process for ‘Transit Warehousing’, a Forwarding order is created for the transport of Box from Source (Vendor) to the destination (Department) with the Central warehouse as the ‘Transit warehouse’. Two Freight orders are created in TM (embedded)

Document flow of the Forwarding order shows the Freight orders in embedded TM and EWM as in below image. 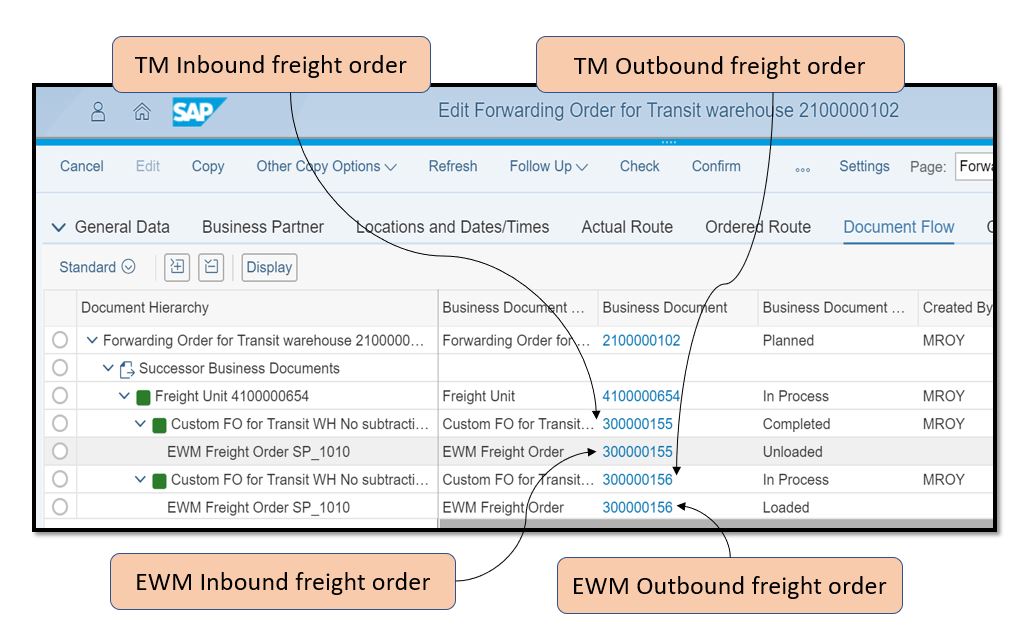 EWM Inbound freight order shows the relevant TU and HU as below. TU is docked at door after Arrival at Checkpoint. 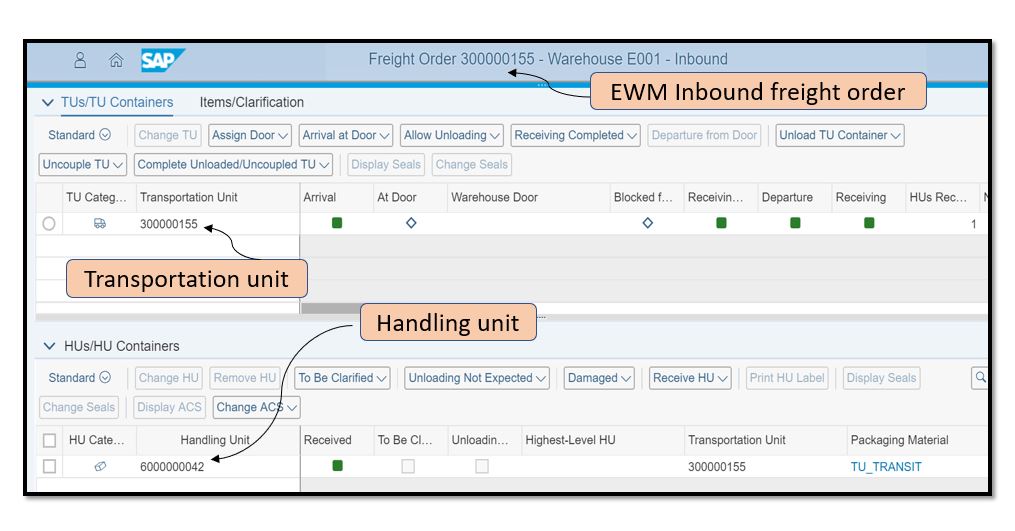 A new TU is created with the same HU in EWM Outbound freight order as shown in below image for the transfer of HU from Goods issue zone to the department.

Functionality of ‘Transit warehousing’ was released in EWM 9.3 & TM 9.3 and this functionality can also work in S/4HANA 1709 with the Direct integration between embedded TM and EWM as explained in my blog https://blogs.sap.com/2018/03/14/direct-integration-between-embedded-ewm-tm-in-s4hana-improving-overall-efficiency-of-suply-chain/

Also note that as per SAP documentation , this ‘Transit warehousing’ needs ‘Advanced ‘ EWM license along with ‘Advanced’ TM license with S/4HANA 1709 release.

This ‘Transit warehousing’ is very useful for LSPs’ as well as for Shippers . It helps to reduce warehouse cost , delivery / lead time and improve the overall efficiency of Supply chain.

In this scenerio; How product item is unloading to transit warehouse? We have different plants in our case and I dont want to own product in transit 3rd plant. We only own product/freight in departmant's plant. After transit, is it possible to see stock in MM warehouse?

is it possible to solve this process without using TM (e.g. Forwarding and Freight orders)? It seems rather complicated to me, as I am not familiar with TM at all.

I thinked about SPM Transportation Cross-Docking on inbound side, but it posts valuated GR on the first Transit warehouse already. This is not, what is desired.

One of my projects also did not want to 'Post valuated GR in the warehouse' and hence I built this 'Transit warehouse' solution which does not post goods into inventory.