In this post, I think about how curiosity can lead to a better understanding of things, and give a specific example concerning CDS and the new Application Programming Model for SAP Cloud Platform.

On Friday I tweeted something that seemed to capture the interest of some:

It was a discovery that was the result of a natural curiosity which I think is part of my DNA, and I suspect a part of many folks’ DNA here in the SAP Community. With the advent of new technologies, I’ve often wondered how things work, wondered about the underlying themes or features that have been put together to form a greater whole. It’s like when you get a new device, and the first thing you do is to turn it around, upside down, to look at the ports, and open it up to see what’s inside.

This curiosity has been especially prevalent in my various roles in the SAP technology ecosphere. It’s driven me to look deeper into things, dive below the surface, primarily to find out how things work, but equally to understand what the creators were thinking and why they made the design decisions that they did. As a result, I’ve gained clarity, enjoyed a richer understanding, and perhaps most subtly improved my view of the bigger picture.

Merely asking myself “why” and “how” more often than not results in a comprehension that really helps me. Not always directly – there are plenty of occasions where I’ve “felt” something was the right direction, or the wrong direction, not because of some innate sixth sense, but because of the layers of information I’ve unearthed by digging in, trying to get to the bottom of how certain things are put together.

And so it was on Friday. It was the end of the day, and the end of a long week, and a good opportunity to “reward myself” with a bit of time to look into something that had been nagging me for a few weeks.

The Application Programming Model and CDS

I’ve written about these subjects in this Monday morning thoughts series before. In fact, I have two posts, one on programming models and one on CDS. I’m fascinated by the fact that now I’m wearing my CDS tinted spectacles I can see it everywhere. And I was intrigued by the Application Programming Model’s Getting Started tutorial, in particular what was going on behind the scenes – what was the SAP Web IDE doing for us as we progressed, what was being generated, and perhaps most relevant for this post – *how*.

I decided to dig in a little and let my curiosity loose. Here’s a part of the journey I took, which resulted in the tweet.

The tutorial starts off in the “Start a Project” step with generating a project using the template wizard, specifically choosing the “SAP Cloud Platform Business Application”. Notably, there’s quite an array of artefacts that appear from the get-go in the generated project. I was curious about these, what they were, and where they came from, particularly the db/data-model.cds and srv/my-service.cds files and perhaps moreso the outermost package.json file, which contained this:

Moreover, I had seen, when previously going through the tutorial steps, that in the “Compile OData Models” step of the tutorial, I saw output appear in the SAP Web IDE console like this:

Indeed, that first message “(CDS) Using language server …” had kicked off my thoughts in the Monday morning thoughts post on Core Data Services.

Staring long enough at that output, it appears that the “Build CDS” command in the SAP Web IDE triggered some sort of npm based process.

Could it be that I could find the @sap/cds package in the NPM registry, install it manually in a terminal session, and get to where I was here in the SAP Web IDE, but independent of it?

The answer was yes.

In my NPM configuration file (~/.npmrc) I have only a single setting:

This means that globally installed packages end up there, rather than some directory controlled by root, so I can avoid all that tedious mucking about in hyperspace aka sudo-ing to root.

Anyway, I added the SAP NPM registry to my config, crossed my fingers, and asked for a global install of the @sap/cds package:

Happily, this ties up with part of the output we saw from the SAP Web IDE console, specifically the ‘npm install’ command, in the context of the package.json file directing, via the ‘dependencies’ section, that version 2.x of @sap/cds package should be installed.

Immediately this gave me the ‘cds’ command, the output of which I posted in my tweet, above.

Digging in a little more, I wondered about a couple of cds command options: init, and build. I investigated with the help documentation built into the command (‘cds help init’, and ‘cds help build’).

It turns out that ‘cds init’ will create a new project folder with various artefacts, just like what happens with the template wizard. There’s even a ‘–java’ option for generating files for Java development (in the ‘srv’ folder, by default). If you run through the template wizard you’ll see those files in the SAP Web IDE.

More interestingly perhaps was the cds command invoked via the ‘npm run build’ command we saw in the SAP Web IDE console: specifically ‘cds build –clean’. What does the help documentation tell us? Let’s have a look:

Gosh! This is exactly what I was looking for (even though I didn’t realise it at the outset). CDS’s wonderful role as an abstraction layer is very relevant here. The ‘cds build’ command seems to wrap the default ‘cds compile’ command, compiling CDS sources to their targets. What targets? Well, looking at the help documentation for the compile command (‘cds help compile’) reveals all sorts of goodness relating to targets such as CDL, EDMX, YAML and more.

Indeed, the rest of the output we saw in the console confirms this – the db/data-model.cds file is compiled into ‘hdbcds’ files, which I can repeat locally on my command line like this:

What this tells me is that our hunch about CDS was not crazy:

“[…] CDS — a layer that has hitherto been largely understated — has an identity, a version, all of its own. Even the CDS compiler has its own version. Rather than thinking about CDS as an amorphous blob of language that sits implicitly somewhere between the database and UI5 (especially Fiori Elements, with the annotations that CDS offers), CDS is very much something that we should sit up and pay attention to as an explicit part of SAP’s development technology stack.”
— from the post on Core Data Services

Another win for curiosity

There’s a meme out there which tickles me, because for me it’s so true in many ways: 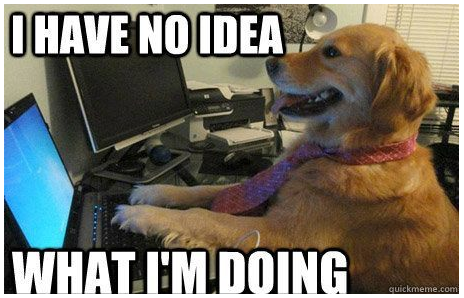 In this case, in trying to keep up, keep ahead, with technologies that I think are important, I’ve stumbled across something that I was curious about. And that curiosity caused me to investigate, with the journey and end result fairly enlightening. My understanding of the area has improved and my view of the surface relating to Core Data Services, the build process, tools & approaches has become a little bit clearer. CDS is something I should continue to pay attention to, and the tooling promises to be wider than a single IDE. Additionally, it’s clear that the tooling is in a shape and colour that is so very not SAP-proprietary – the NPM world in particular, and NodeJS in general.

I don’t think I could have got this from simply reading documentation. I often only have a chance to attain this level of understanding if I bumble my way through things, finding the right path between knowing what I know and don’t know, awareness that there are things I don’t know that I don’t know, and a restless curiosity.

I suspect there are many of you with a similar approach to things. What are your experiences, how do you learn and increase your understanding? Let me know in the comments. And in the meantime … stay curious.

This post was brought to you by a refreshingly cool run in the early Manchester sunrise, and Pact Coffee’s Planalto.

Hi DJ, thank you for the weekly inspiration again. I really enjoyed reading this one.

I totally identify with this view on curiosity and the need to know why and how things work. I usually also  like to understand what the creators of the technologies I use had in mind so I can suggest improvements to them.

My approach to (self) learning is to always have my eyes set two steps ahead from where I am. I always do my best to find what is the best next thing to put learning effort into while I’m also thinking about what the following step should be. It helps me to get a better perspective with clearer mid and long term visibility.

I consider myself as an early adopter of new technologies and this approach helps me to see what’s coming ahead and to direct my attention.

PS: I’ve moved to Germany a few days ago and as a coffee lover I’m looking for great local coffees like the one from Brazil you’ve mentioned in this post. Please keep letting us know when you find other good ones.

Thanks Douglas (and it was great to meet you last month at UI5con@SAP!)

I agree with looking a few steps ahead. One thing I've found too is that sometimes what lies ahead is the coming together of technologies we've seen before, but perhaps not realised at the time their significance, or at least their significance in combination with other things. Sometimes too, I find that there are technologies that have a lot of fanfare, but ultimately don't lead anywhere in the long term. And it's the layers of information that I've built up (that I referred to in this post) that help me get a sense of "smell" for both. It doesn't always work of course, but the better I can see the big picture, the more I can feel whether any particular technology is one I should be investing more (or less) time in.

It was great to meet you at UI5con@SAP as well! You did a great presentation, congratulations on that.

I agree with your view around the layers of information being built up and trying to not be mistaken by the ones that are just a lot of fanfare.

The important thing for us to know is that it will be a continuous cycle of learning, re-learning and learning again throughout all our professional lives.