Convergence of IoT, BlockChain and AI 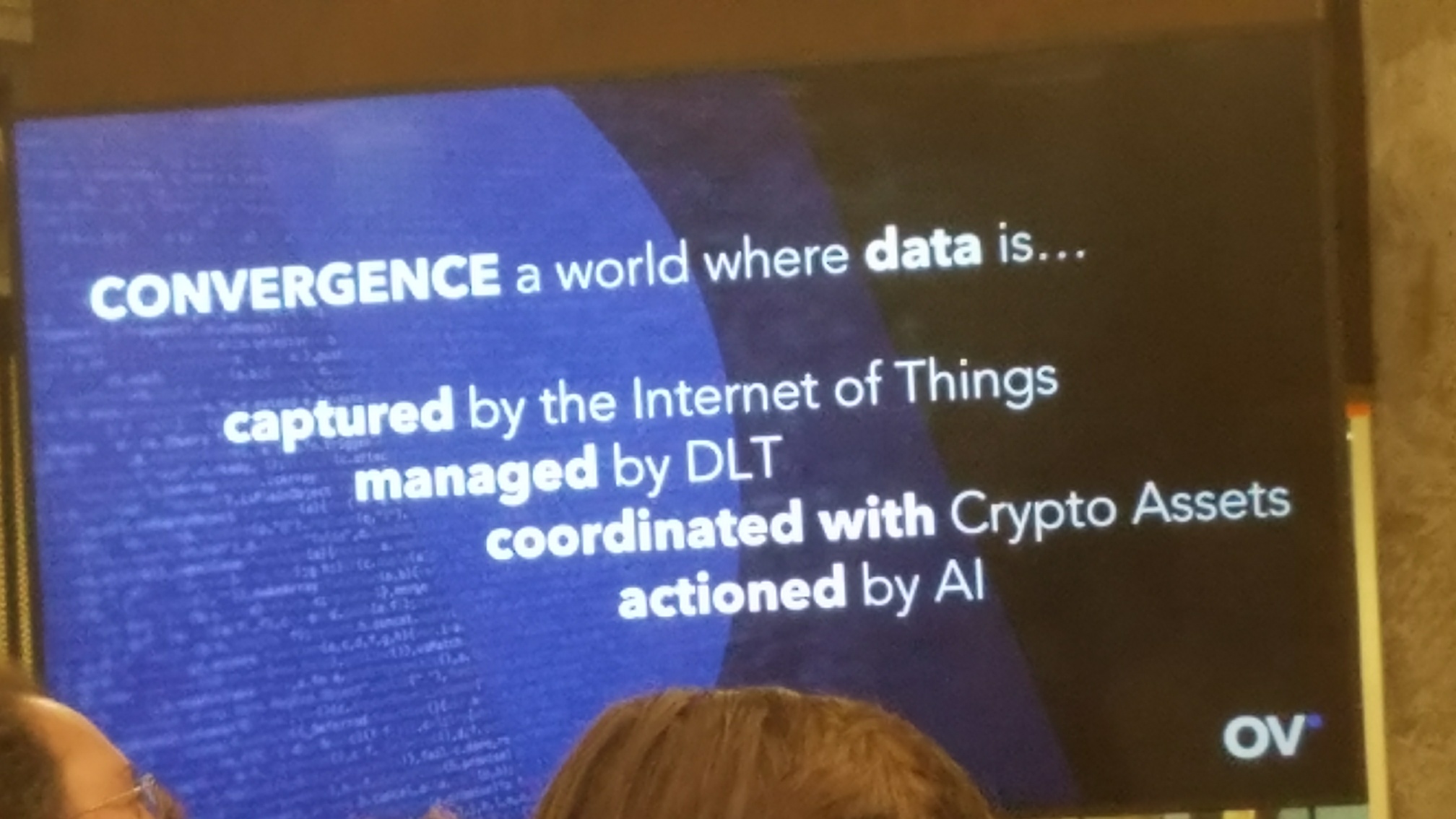 Today I had the opportunity to hear from Rumi Morales, a pioneer in identifying, investing and cultivating the emerging technologies that will define our economy’s next generation. An early specialist in digital currency, blockchain and distributed ledger technologies, Rumi is also a leading early investor in artificial intelligence, deep learning, predictive analytics, and quantum computing as they will affect traditional industries.

Rumi, the former head of CME Ventures and founder of the Goldman Sachs Global Markets Institute, has joined blockchain investment firm Outlier Ventures as a partner. Based in the United Kingdom, Outlier focuses its investments on internet infrastructure and the convergence of distributed ledger technology like the blockchain with other advanced technologies such as artificial intelligence (AI), robotics, and the internet of things (IoT). “There’s so much opportunity there, and I was really hoping to be if not leading, joining a team of leaders in the space,” said Morales. “Because the future is really in the convergence of these technologies.”

In her previous role at CME Ventures, the investment arm of the Chicago-based CME Group, Morales was responsible for early investments in blockchain startup Ripple, distributed ledger startup Digital Asset Holdings, and payment provider Dwolla. More broadly, Morales spearheaded investments in blockchain companies as well as in companies specializing in artificial intelligence, IoT, and quantum computing. “The team at Outlier spotted the convergence of distributed ledger technology, IoT and AI very early and we couldn’t be closer in our thinking on where value is being created for the economy of tomorrow,” Morales said in a statement.

“We’ve kind of been doing the same thing and we’re both kind of coalesced on the same thesis, and that’s why it was such a good fit,” said Jamie Burke, Outlier’s CEO. In a statement, Burke cited Morales’ strong background in early stage technology investments and experience at major financial institutions as further reasons for bringing her on board. Outlier is currently invested in early-stage technologies like IOTA, Fetch.AI, and Ocean Protocol. Going forward, roughly 50% of Outlier’s portfolio is already based in North America, and although the firm has an office in Toronto, Morales will be the firm’s first feet on the ground in the United States. She’ll focus on growing dealflow in the US market, building new relationships, and will work closely with institutional investors. Morales will be based in Chicago, a city which she believes is especially well-suited to digital innovation. She concluded: “We have that traditional infrastructure which will translate very, very well into digital infrastructure.”

The session today covered Outlier’s thesis on the markets of the future in a world where data is captured by the Internet of Things, managed by blockchains, and automated by artificial intelligence. As these technologies converge, they discussed the risks, rewards, challenges and opportunities in this new economic paradigm.

That description of a world where "data is captured by the Internet of Things, managed by blockchains, and automated by artificial intelligence" makes me kind of go weak in the knees in anticipation. The future is going to be a very interesting place I think, mainly due the convergence of these technologies you mention. It's a cool time to be alive for those of us who play in this space.