Tomorrow, em… Today in just a few hours UI5Con 2018 St. Leon-Rot, Germany takes place. Just a few hours ago I promised Wouter Lemaire to write this blog: Instead of leaking new UI5 features I’ll show you how easy it is to find out new features using just a few commands. In fact, what you will read can be easily used to create/generate release notes for your apps (i.e. to show them on the UI).

This blog works for anyone who uses git in combination with annotations in the git commit messages. To follow this blog make sure you have installed git. We’ll simply use the public OpenUI5 repo on GitHub, but it works with any other git repo as well (using corresponding git commit messages).

We’re going to use simple commands instead of using one of the many tools available… And keep in mind that there are many options available even when using git commands, the ones listed here are just some of the options you have…

Let’s assume you have agreed in your project to prefix git commit messages with one or more of certain prefixes (not necessarily for all changes/commits):

Based on the annotations above, it’s quite easy to generate a simple list that contains for example all features, or all features and bug fixes etc. In more advanced scenarios you could also generate files of a certain format, i.e. you could generate json files containing the features – maybe to display these features inside the help menu of your web application 😉 For simplicity we’ll just create a simple list. When we talk about release notes we might want to list only features added since the last release; something we also want to generate from the commit messages.

What a coincidence that OpenUI5 uses such annotations 🙂

2. Clone a git repo that uses annotations in commit messages

For this demo I use the publicly available OpenUI5 JavaScript library. I’m aware that they use annotations for their commit messages. Just clone the repo and change into the created folder:

Using git log in your CLI allows you to see commit messages: 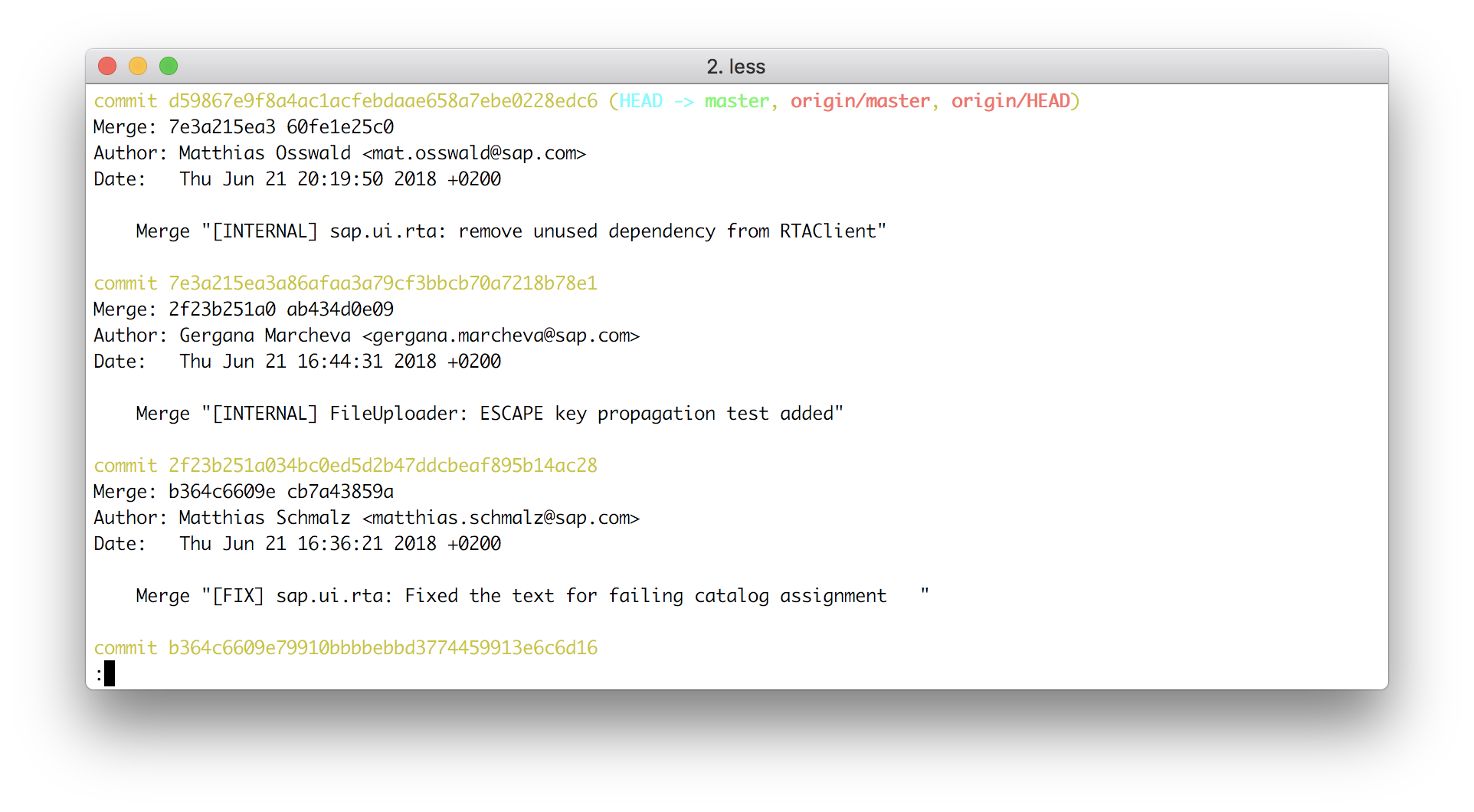 4. Formatting the commit logs to “one-liners”

Cool, but there’s too much distractive information. Let’s improve this:

Ok, looks better. We could even format the output in a way that we it to be:

6. Getting commits since a given date

The problem with the last command is that it returns pretty much everything. Let’s only get the items from the last 2 weeks:

The screenshot for only 2 weeks will be the same as for previous command because the visible 8 lines in the screenshot are just the same. Then how can I prove you that the number of commits really differ? maybe counting counting:

Hint: if you only want the count you might prefer using git rev-list:

7. Showing commits since a given tag/version until now

Next, let’s change the output format a little. Additionally, we want only to see the commits made since version (=tag) 1.44.16 until now:

The total amount of commits since 1.44.16 is 17.519! What version do your customers use again? Maybe you can convince them with a few numbers to upgrade 😉 Lots of changes, lots of feature, lots of bugfixes…

Just to mention it: if you only want the count you could use –pretty=oneline:

Now we want to get only the features:

Note the that the regex of grep ignores the case and finds even [FEATURE] in case there are multiple annotations available. Well, it works so far, but we’re not satisfied…

9. Improving the output format for a nicer regex

We don’t actually wanna see the commit hash in the output, and leaving it out makes the regex look better:

10. Listing [FEATURE] commits since a given tag without using a hard coded tag

Let’s say the latest tag/version is 1.56.0, then we could get the features since that version as follows:

Now if the latest version is 1.56.1 then we would have to change the code to get the same result because the version is hard coded in our little command/script. Instead, we could achieve a robust script using git describe:

So with the command from above we can simply get the latest tag. Now we can take this command an execute it in our git log command by simply replacing the hard coded tag as follows: 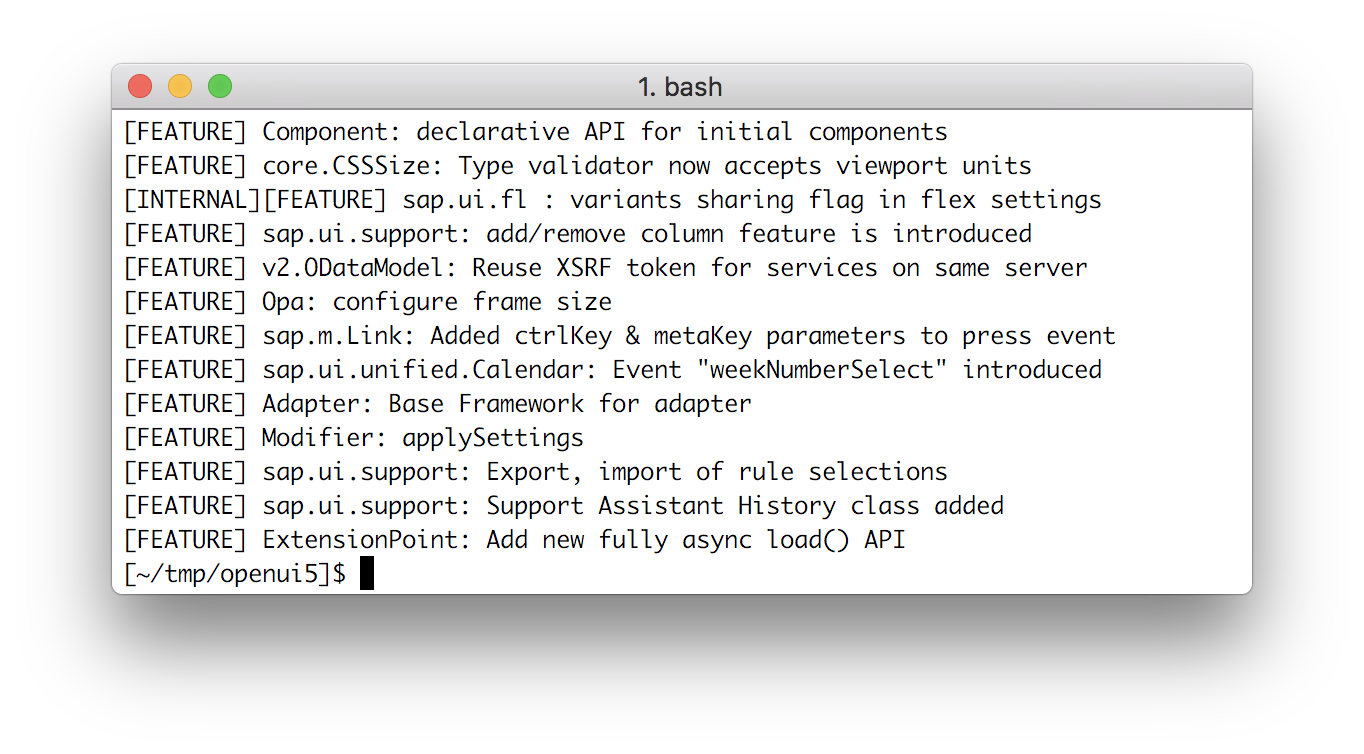 11. Using only the git command with its included grep feature

The git log command has a few options that implement grep. Using this we can get rid of the “non-git” grep and the pipe we used above; so it all happens inside git log: 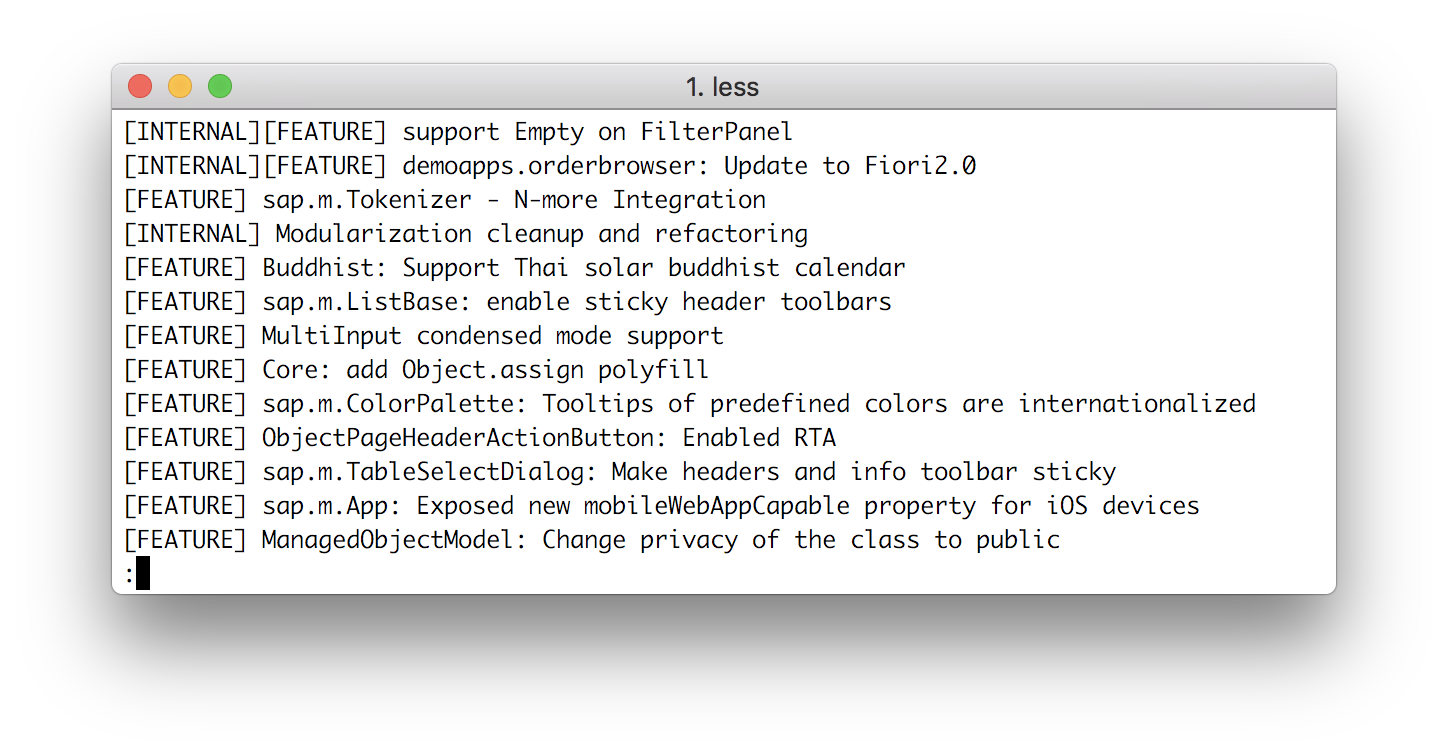 12. Writing the results into a file

Too simple to talk about it:

You’ve seen how easy it is to create simple release notes from your git commit messages. For simplicity I’ve avoided to also add merge commits to the regex. By the way: haven’t you seen the UI5 release notes? Now make a guess how they are generated 😉

Based on the commands you could also better keep track of what happens in your favorite git repo, i.e. to leak what you’ve found before certain announcements are made on a conference 😉 Leaks? Well, here is one leak:

While lot’s of customers are still on Fiori 1, some have adopted Fiori 2, and there are rumors about Fiori 3, undisclosed sources have sent us the first Fiori 4.0 UIs. We believe these UIs will change the industry 🙂 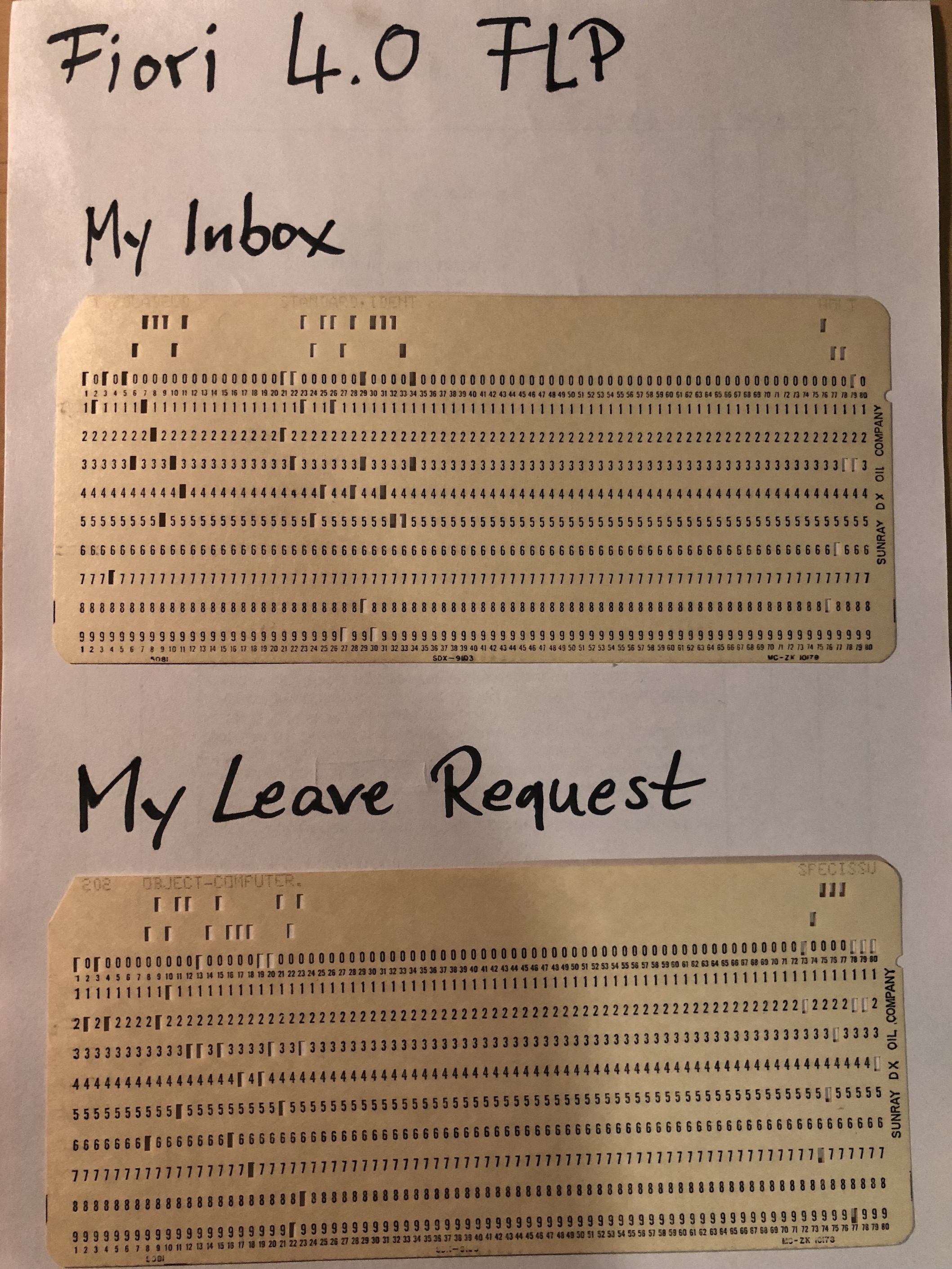