The product is constantly changing, so if you find anything different than the real product, don’t be surprised and please do comment and let us know.

SAP Analytics Cloud Planning model has the capability of currency conversion( in this blog, we’ll user CC for short ). The rate information is maintained in rate table

Below is a how a rate table looks like. 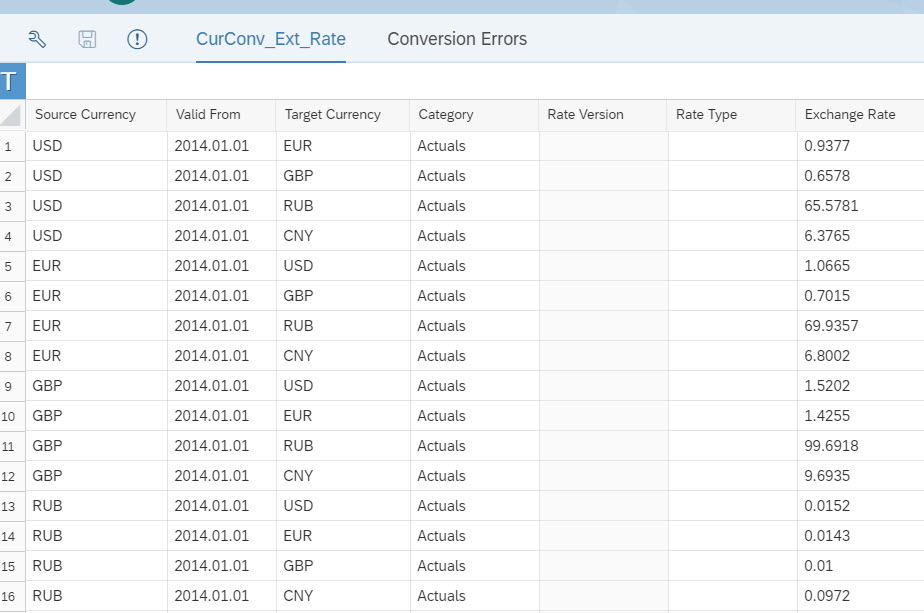 The Currency setting will be a bit different when you switch on and off Currency Conversion.

For a Model that has CC switched on, you should choose either a Default Currency or a Currency Dimension for the model. 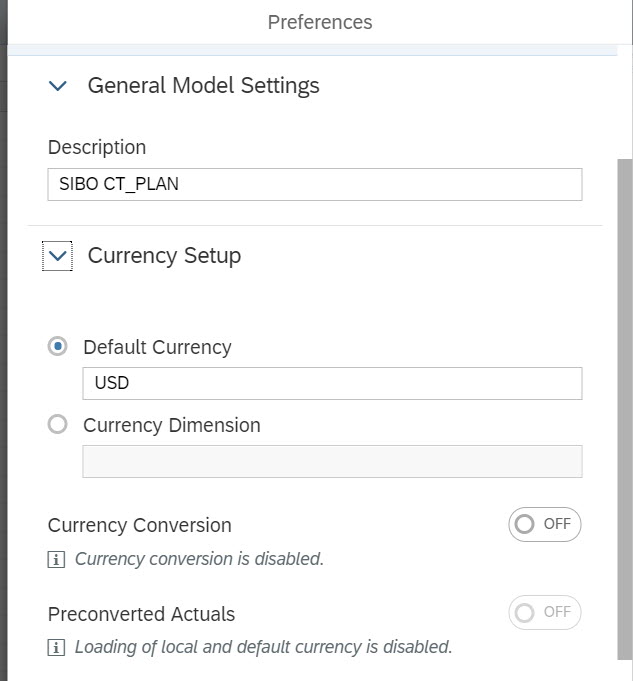 CC off with Default Currency

In the case of CC off, the Default Currency is both the default reporting and input currency.

You can also choose to use a Currency Dimension. Noticed that unlike BPC the ID of the Currency dimension is the currency key, in SAC, you need to specify a currency property.

In any of the case above, the Story will not automatically detect the currency type and the number will be displayed as normal key figure without any currency sign.

Use Local Currency from Organization dimension as the Currency Dimension

Also you need to choose the rate table you want to attach to this model. 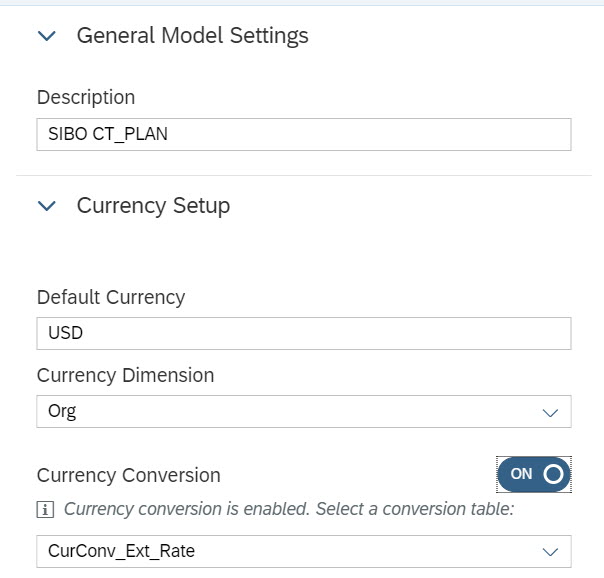 How CC is performed

CC in SAC is performed at runtime. Different than BPC, the converted results are not persisted. When CC is on, SAC only stores the local currency data. For planning case, user can input both local currency and converted currency.

In SAC, unlike BPC where you can drag/drop CURRENCY on row/column as it’s a dimension, to display the Currency property, you’ll need to create a Currency Conversion typed Cross Calculation.

By default, there are 2 types of Cross Calculation members. One is Default Currency and the other is Local Currency. When you create a story, by default only the Default Currency is displayed.

Below is a report with CC on. Story will automatically attach the currency sign to the number. 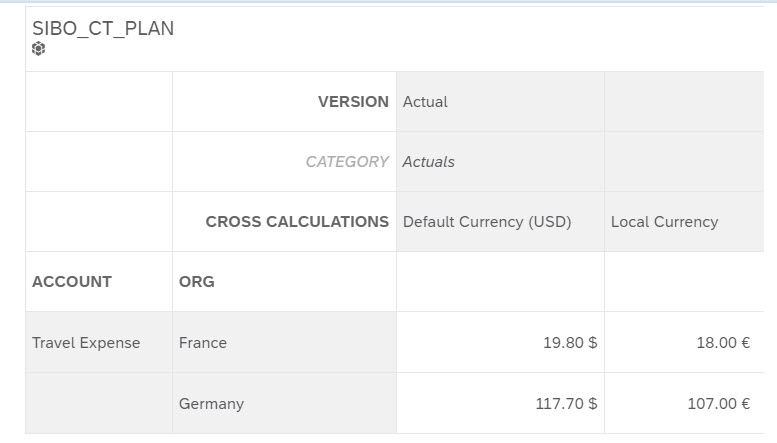 Currency Conversion on and Org type dimension as Currency Dimension

Besides the 2 types, you can create more “currency measures” by adding a new CC type calculation.

After creating the CC, it’ll become a member in CrossCalculation. You can choose to display it on the story like any other dimension members.

CNY displayed on the report

*You need to make sure the rate values are maintained beforehand, otherwise the story won’t show correctly.

Meaning of Default Currency is different when switching on/off Conversion

Type in Default Currency, before publish

About Import from S/4HANA

S/4HAHA has 3 default types of currencies:

The relationship of currency between S4 and SAC is below:

So based on above mapping relationship, we can create below table as recommendation of Import

SAC Export is flexible. But without proper configuration it’s easy to make mistakes.

Below is the recommendation for export:

This is still being discussed as the behavior could be very complex when introducing the new Currency as dimension concept.

As I have also emphasized at the beginning of this blog, this is an evolving product and the feature is kept enhanced. Do not feel surprised my blog becomes completely wrong in a few months. If you find do, do leave comments and let us know. Thanks in advance!

This is a Super blog on Currency conversion, most of the queries will be resolved after walking through it. appreciate your great work.