Let’s drastically shorten the runtime of the nZDM option coming with the Software Update Manager (SUM)!

Are you up for running a nZDM maintenance activity soon? The Software Update Manager (SUM) comes with a feature named near-Zero Downtime Maintenance (nZDM) technology.
You can activate this feature in the Advanced preconfiguration mode in SUM. The nZDM feature helps to minimize the Business Downtime while performing the following maintenance activities: 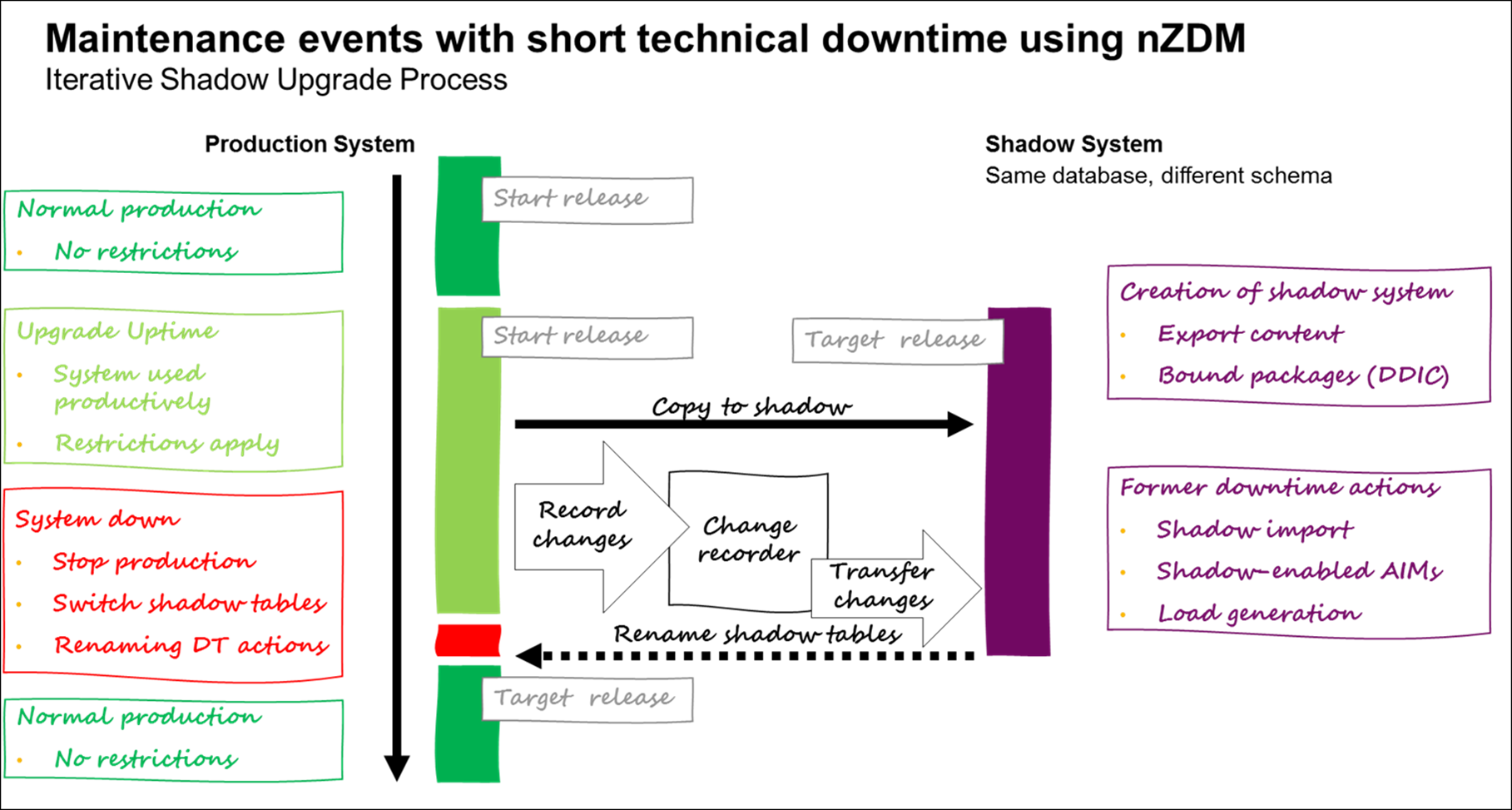 With the Record & Replay technique in nZDM, which uses the Change Recording and Replication (CRR) framework, you can capture database changes in tables on the production instance during uptime. This trigger-based change recording technique allows importing new content into the shadow instance and adjusting table structures to the new release while all users are still able to work in the production system. The recording of data changes is started automatically by the SUM and is transferred to the shadow instance iteratively after the table structure adjustment.

You can monitor the progress of data transfer by logging into the shadow instance, once prompted by SUM, and call transaction CRR_CONTROL. In addition you can stop and restart the data transfer. Furthermore, you can add and exclude tables from the data transfer.

For huge tables, being included in the process, we saw initially runtimes of several days and weeks for SUM phases RUN_FDCS_SEGMENT and RUN_FDCT_TRANSFER. With some enhancements to our dbsl, we could drastically reduce the runtime. To benefit from this enhancement, you must use at least SUM 2.0 SP 02. Furthermore, you must include a SAP kernel package which includes a dbsl with minimum patch level:

SAP Note 2591334 will be updated accordingly as soon as the patches will have been made available in the SAP Software Download Center.