In this post, I think about some of the basic ingredients of a good online community, and describe what I’m going to try to do to engage more with the SAP Community.

I was re-listening to a great episode of the Coffee Corner Radio podcast on my trip over to the mothership yesterday (I’m over in Walldorf this week helping out at a partner workshop and then of course attending and speaking at UI5con, hurray!) The episode was Jakob Marius Kjær and Simon Kemp ‘s interview with Craig Cmehil on the SAP Community.

Craig has his head screwed on right, and what was said in the interview resonated very well with me, in particular the conversation about engagement online. I co-created the SAP community back in the day, when it was born as the SAP Developer Network (aka “SDN”), so there will always be a part of me that wants to see the community survive and thrive.

The community has been through some good times, and some bad, but I feel that we’re on an upward curve, especially thanks to the goodwill of core participants, and of course to great initiatives like Coffee Corner Radio. Moreover, I think that Craig’s leadership is just what the community in general, but the online community in particular, needs. I’m saying this as a long time observer of Craig as much as a colleague and good friend.

Aspects that keep a community healthy

While managing the mailing lists, I was working away from home on various projects, and I remember particularly my evenings in the Skean Dhu hotel in Aberdeen where I spent a couple of hours every evening after work, on my Sanyo laptop (with its built-in 2400baud modem!), administering and nurturing the conversations. In the context of today’s challenges, those memories can be distilled into simple aspects that make for a good and healthy community. 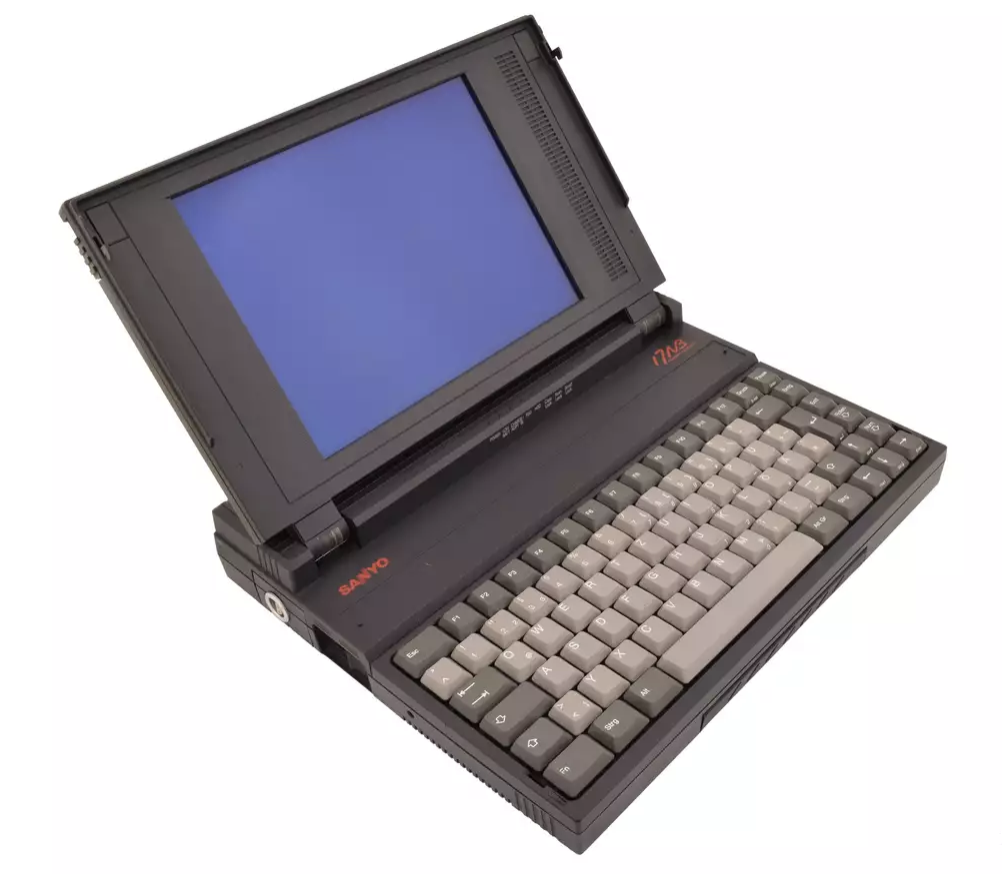 There will always be those who come in directly, looking for someone else to do their work for them, even do their Googling for them, and then leave with no warning or goodbye. This is not particular to the SAP Community – you see it everywhere. But as Craig intimated – let them be. In my view, they have no manners, but we won’t be able to change their ways, not all of them, anyway.

On the flip side, there always has been, especially if not more so today, a backbone of sharing that has been the mainstay of the SAP Community. I’d like to concentrate on that, and suggest that there are a couple of things that only serve to amplify and encourage such great interaction.

The first is something I’ve mentioned already – manners. It doesn’t take much to say please and thank you, and simply acknowledge one’s fellow Community members. And for such a small amount of effort, the return is immense. During the podcast episode, Craig, Simon and Jakob talked about recognition, being something that people enjoy and perhaps are driven by. This is true, and very good. But I think there’s a more basic form of that, which is acknowledgement. If someone is making the effort to engage with you, reply to a question, make a comment, they can be acknowledged by a simple gesture, whether that’s a reciprocal comment, a like, or an upvote. If folks’ efforts are not acknowledged, there’s a chance that it will discourage them over the long term from engaging and contributing further.

The second is engagement. I see this as very closely linked to the acknowledgement I’ve just outlined, but perhaps more active and more “indiscriminate”. Whereas I framed acknowledgement in the context of a direct conversation, say, a question and answer thread between a couple of Community members, engagement is the collective and open set of actions available to us all, whether we’re in a particular conversation or not.

The current incarnation of the online SAP Community affords us different ways to engage. At the macro level, there are activities such as sharing thoughts and knowledge in blog posts. Asking questions and providing answers in Q&A.

At the micro level, there are simple actions that cost only a second, but all add up. If you read a blog post that you enjoyed, you can “like” it (with a button at the top of the post). Similarly, you can “like” a comment to a post. In the Q&A area, there are comments as well as answers, and you can “like” a comment there too, as well as upvote an answer. You can also downvote an answer; don’t be afraid to do so if you think that’s the right thing to do – but consider adding a comment explaining the downvote, so the recipient understands why.

There’s also a level in between, a level where I’d place engagement actions such as making comments on blog posts or in Q&A.

There are many folks that engage like this as a matter of course, and I take my hat off to them. While the SAP Community platform software is the base, it’s the people who are the living, breathing spirit, and I think there’s a balance that we need to try and maintain – encouraging these people to continue to engage, and welcoming & encouraging net newcomers too.

I’ve resolved to try my best to do my part. To acknowledge, to engage, to be polite, and show manners. All that is in my gift. That’s what keeps communities going – acting by example. I hope you’ll join me.

This post was brought to you by the sunrise over the SAP mothership in Walldorf, and some OK tasting coffee from the breakfast area in the hotel. Definitely OK enough for me to want another cup.

Sorry, could not resist 😉

Enjoy the week in Walldorf and UI5con!

I aspire to be as smart!

It's always entertaining to read your Monday morning thoughts and they are consistently candidates for our pod bites.

Obviously you have touched on something that I hold very dear as well and I'm proud to say that our podcast has sparked a good conversation throughout the community of what it is and what should it be in the future.

He has a very healthy view on the community and we had a very interesting chat. It's interesting to follow the contributions to the community and also the engagement through our podcast. We get a lot of likes and followers on the podcast, quite good downloads and retweets on twitter. However my recent attempt to get recommendations from the community to give to others failed. Maybe our listener base is too small or maybe the community just isn't interested in that kind of podcast and that is OK. We are trying different things to see what works and what doesn't. The pod bites seems to get food traction, so we will continue with that. My point being that people as you indeed says interact with the online community in different ways, but as you so rightly put it, we should be better at giving recognition. We are so used to using the like button on social media, why should the community page be any different  If you get advise from an answer or enjoy the content of a blog, hit the like button. I think I can safely say that no one wouldn't like that bit of appreciation.

As a token of my gratitude for this blog, I've now liked it and will remember to be better at it in the future ?

Great comments, thanks Jakob. And thanks for the "like" here too!

I had been wondering about the community recommendations, and I think you're right to surmise that folks engage in different ways. From my own perspective, I do record videos and screencasts, and appear on the occasional podcast and codetalk too, but I also found it a little "different" to record a recommendation and upload the audio. Perhaps it's as simple as that - ie the (small amount of) friction is sometimes enough to slow down or halt engagement if it doesn't "feel" normal.

Thanks for your support, and of course for the excellent podcast series that's definitely helping to reinvigorate the Community!

Thanks for your thoughts. Although I don't find time to read them every week I enjoy them when I do.

As you wrote it often only takes a smile, a like, a thumb up to make someone happy and motivate her to carry on. I'm by far not as eager as you in community work but if I post something or can help someone solving a problem and get a positive reaction it makes my day.

Thanks Helmut. I love your honesty, btw. You’re right about the simplicity of acknowledgement. We need more of that, too. Yes, see you at UI5con! I’m already in Walldorf, and just finished a run which took me through St Leon Rot. So I’m close …!

Thanks for this blog post, DJ! It resonates with me as I've always enjoyed participating in and contributing to online communities for various topics and activities, like - obviously - SAP community but also to talk about diverse topics like peregrine falcons and climate change. I just sometimes wish that there were more hours in the day to actually read and interact with more of content posted online!

Thanks Bärbel, there is definite enjoyment to be had, and (like many things), the more one puts into something the more one gets out, as I'm sure you already know.

I too wish there was more time for stuff, especially great content. Over the years, it's turned out that my time for reading, interacting and learning on the whole waxes and wanes, according to circumstances (work and home life) but also influenced by explicit efforts on my part to "make" more time. It doesn't always work, but sometimes it does (see the first item in Things I do to make my work life better).

I liked to read your thoughts on the community and on your perspective on what makes people contribute.

I would like to add another point. I think it would be nice, if the experts from SAP sneak around on SCN, and also leave more comments on what people contribute….because some of the blogs and questions are just because of poor documentation by SAP, and the difficulty to directly reach out to the experts. So people are searching for help in the community. Ultimately, some more engagement from SAP experts would be the acknowledgment for those who help others, which you mentioned in your own blog!

I know there are some good examples out here, for example, Thomas Fiedler …but there are also big topics, which are “under-represented” on the community by SAP!

Just to give my 2 cents!

Hi Mark, thanks for your thoughts - you make a good point, well worth the 2 cents! You're right, input from the experts can only be a good thing. It's something I can and will definitely bear in mind when I have my contact with internal SAP product teams; in fact (and I'm not making this up) this subject came up in a conversation I had with a team, while visiting, just yesterday. Cheers! DJ