With the 2018.10 release, SAP Analytics Cloud now supports the concept of BEx conditions which are defined in the BW Query. This applies to live connections to SAP BW.

What are BEx Conditions?

BEx Conditions is a BW Query concept where data of a query results set is filtered according to one or more Condition rules. BEx Conditions are typically used to help show data that is relevant to the business user or data analyst. Multiple BEx conditions can be defined for a BW query using either  the BW modelling tool, BEx Query Designer, or BEx clients. For more information, you can find general concepts of BEx Conditions well documented here.

How are BEx Conditions leveraged within SAP Analytics Cloud?

Let’s take a simple example where we have a BEx Condition defined in a BW Query as such:

Two dimensions (Customer, Country) and a measure (Order Amount) are defined along the row and column respectively.

and the Characteristic Assignment is set as Most Detailed Along Rows:

Within SAP Analytics Cloud, you can see in this simple example, the Order Amount for Top 2 Customers are shown in both table and chart visualizations: 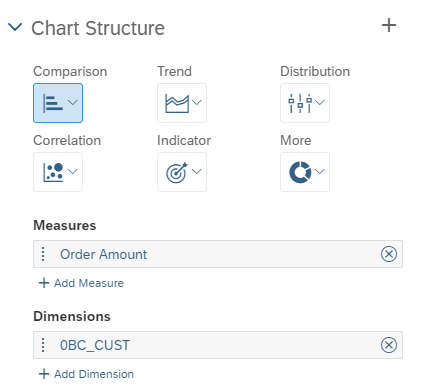 Now, if we add the dimension Customers as our innermost dimension, both the table and chart visualizations are updated with the correct aggregations. The visualizations now show where each Customer’s Top 2 Order Amounts are coming from, based on Country. 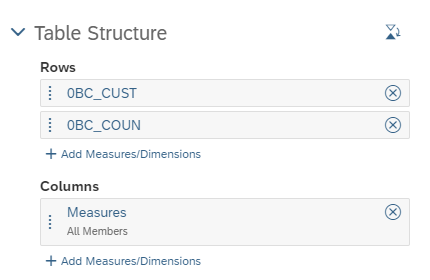 As added bonus, you may see that information about the active BEx Conditions configured in the BW query are surfaced within the visualizations. This gives users a better understanding on what’s happening to the data based upon the active Condition. SAP Analytics Cloud currently supports showing this information for tables, and this will be coming soon for charts!

What happens when SAP Analytics Cloud’s Top N functionality for Charts and Table is used where BEx Conditions are present? 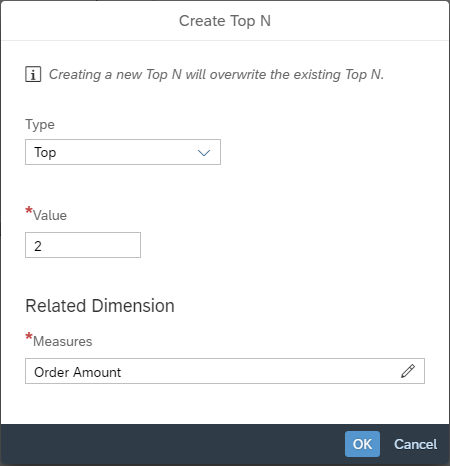 As you can see within the visualizations, an intersection on the data results will happen: the Order Amount for the Top 2 Customers are shown for the Top 2 Countries:

This is just a simple example of how SAP Analytics Cloud integrates with the BW concept of BEx Conditions support.

Thanks for the good blog post.
I wonder if it is possible to activate/deactivate individual BW conditions which apply to a chart/visualization in SAP Analytics Cloud, or are always all conditions combined?
I have some trouble using several conditions in one query, even though they apply to different measures...