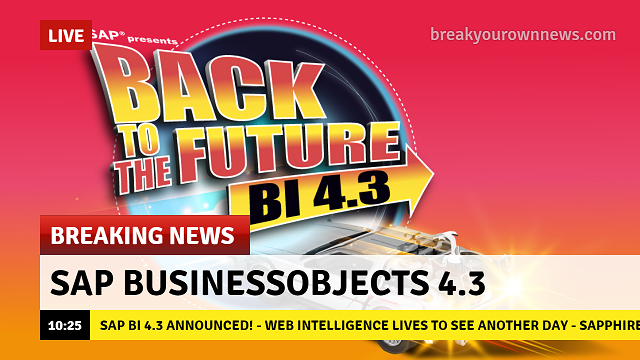 Scheduled for Q4 2019, SAP will release against the odds another “minor” release of Business Objects. 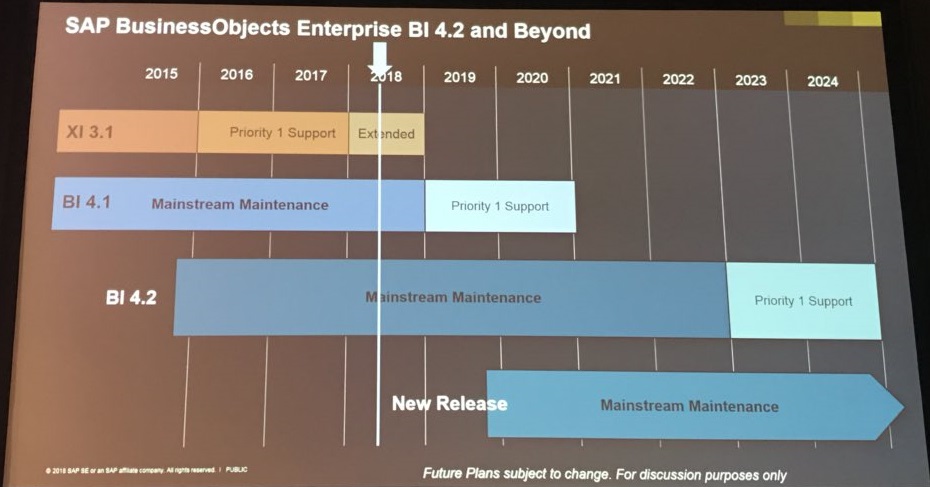 If you had asked me earlier this year what was the long term life of BOBJ, other SAP Analytics on-premise technologies (such as Lumira) and the odds ever seeing SAP BI 4.3… I wouldn’t have been too positive.  Hopeful of course but also realistic.

About the longevity of SAP BusinessObjects in general, my answer was simple: unless anything changes then that’s probably it.  And a reference to the PAM for SAP BI 4.2:

The end of an era which started for me back in 2001 at Crystal Decisions.

Earlier in January 2018 I was lucky to attend SAP FKOM in Barcelona.  A great event for networking (and some partying) but not so great if you are in the on-premise analytics industry like me!

The event seemed to set the tone for the future…

• Everything was about SAP Analytics Cloud (SAC) and nothing else.

• Not a word about Business Objects other than having a hybrid role with SAC.

• Nothing about Web Intelligence.

• A poor Data Discovery roadmap.  Basically the future is with SAC and not with Lumira.  Which led to this rushed Analytics Strategy released shortly after.

It was great to co-host the French version of this webinar with Gregory BOTTICCHIO (Web Intelligence Product Manager at SAP).  For the first time in months, we (the BOBJ community) were able to hear what was coming up with Web Intelligence. 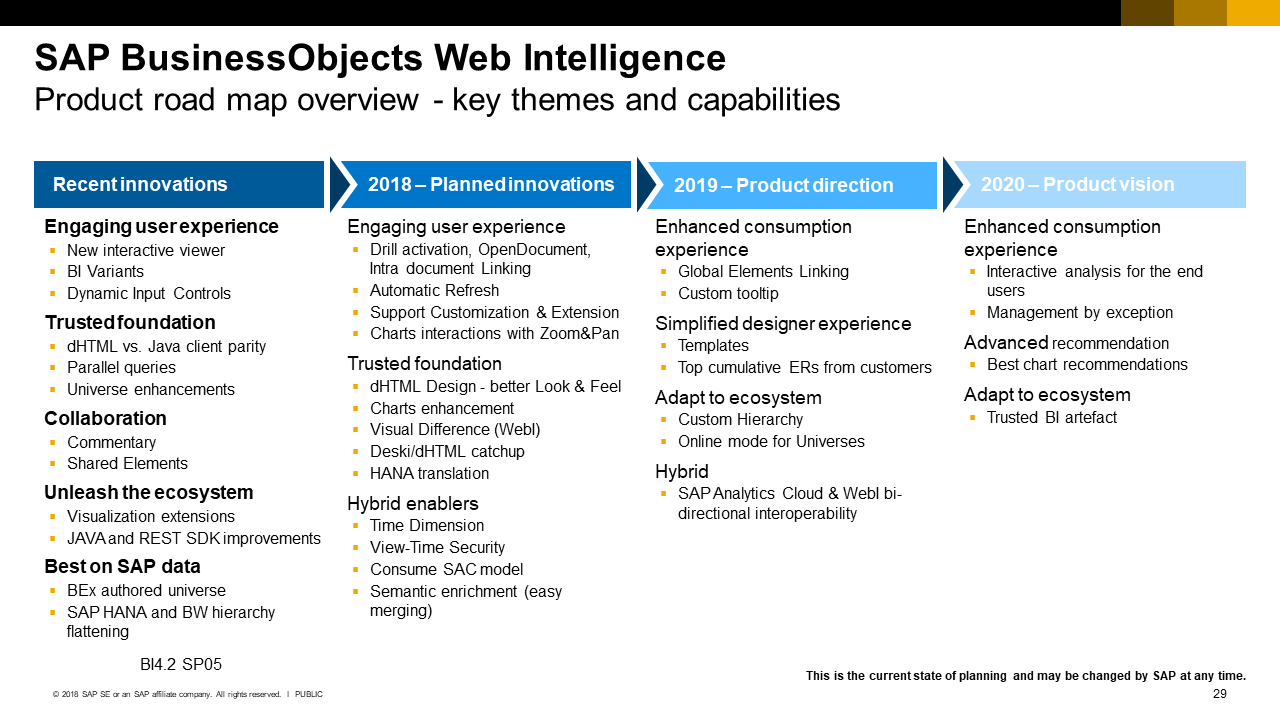 Since then the SAP BusinessObjects Maintenance Schedule has been updated and SP06 is listed for week 34 (August 20-26th).  Nothing on SP07+.

SAP BusinessObjects 4.3 – Pre announcement, what did we know?

The most recent information available was from Gregory BOTTICCHIO during a Twitter Live Chat event following the SP06+ webinar where he answered the question “Does SAP have a plan to launch BusinessObjects BI 4.3?“

As of today, the BI 4.3 project is on Pause. We communicated it during the recent strategy update at the beginning of the year.

We have heard the customer feedback, and we are evaluating the best way to deliver new innovations: either to continue to deliver in service packs every 6 to 9 months or through a 4.3 release. We’ll come back to the BI community with a proposal in the next few weeks.

(We are evaluating the need for a minor release versus many service packs, delivering the same innovations).

I look forward to seeing the the complete roadmap and the upcoming new features in the months to come.

Of course this new version will enable everything for Hybrid BI with SAC. 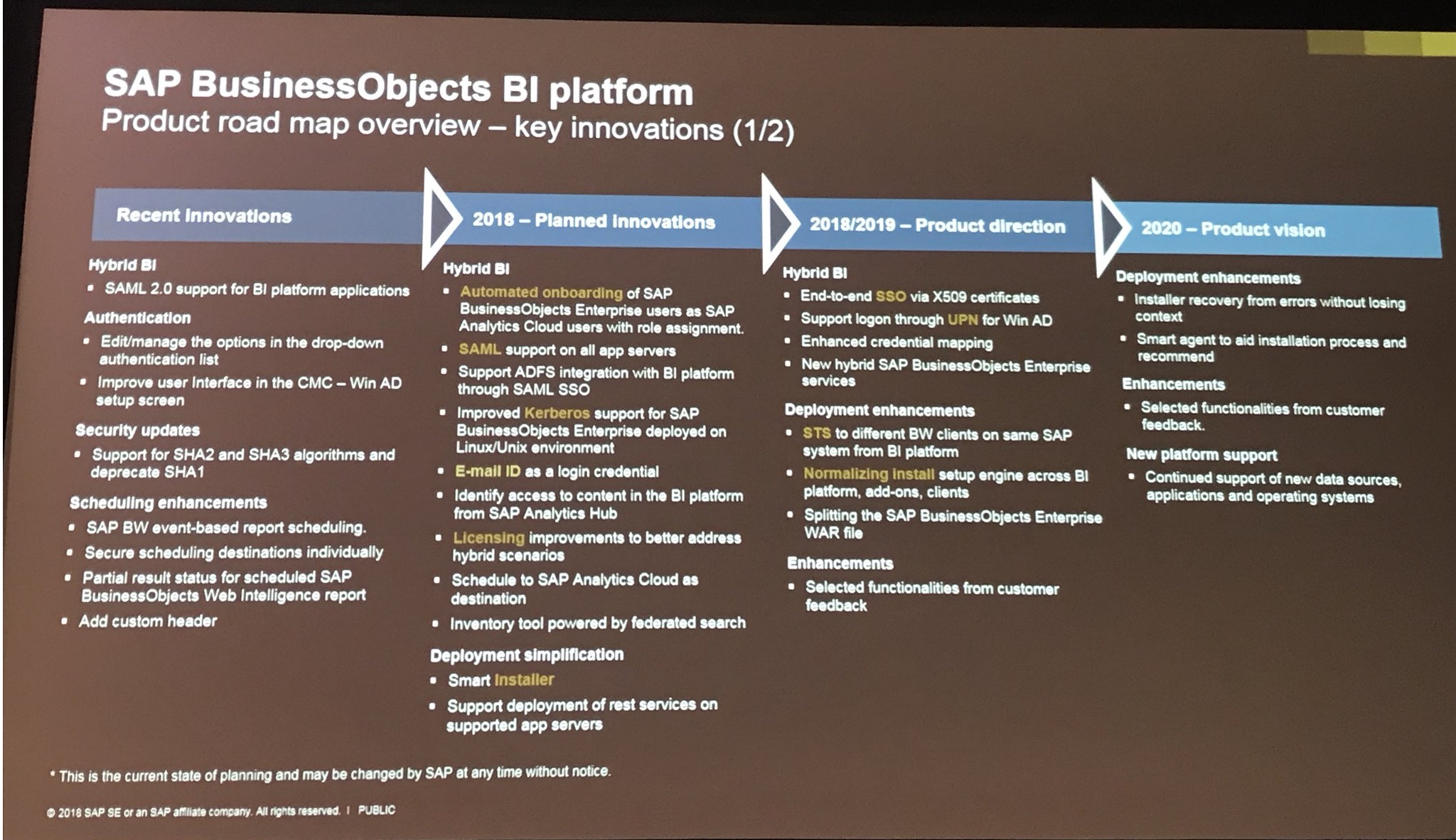 An easy guess also is that the “new” Fiori interface will fully take over the old / classic BI Launch Pad.

I heard about a “new” Web Intelligence HTML Interface…

Hopefully it will be possible to migrate from SAP BOXI 3.1 to SAP BI 4.3.  As it’s not a major version, SAP should support that path.

Upgrading will probably be as always: either “patch” your SAP BI 4.x to SAP BI 4.3.  Or do a side by side upgrade using typical migration techniques.  The later being typically my favorite technique as it has more pros than cons.

Back to the future!

I’m certainly happy to see that Business Objects has few more years to give us what other BI vendors cannot.  A robust and modern analytics solution in a strong enterprise platform owned by the market leader able to deliver reporting, dashboarding and exploration capabilities.

It may not always be the shiniest tool in the box but when you look under the hood, where it comes from and the the millions of users worldwide creating and consuming content with it everyday there is no wonder why businesses today are not rushing to let it go.

Innovating from the start in 1994 with Business Objects 3.0 and the creation of the Semantic Layer!

Hope this blog was useful.   Please do share your thoughts and comments.

Intra-linking documents, finally, we can create cool drill down reports and dashboards.

How about giving more control on the tool tips?

any updates on this?

We have run a series of webinars alongside SAP presenting the new features of SAP BI 4.2 SP07 and the roadmap for the years to come.  See below. 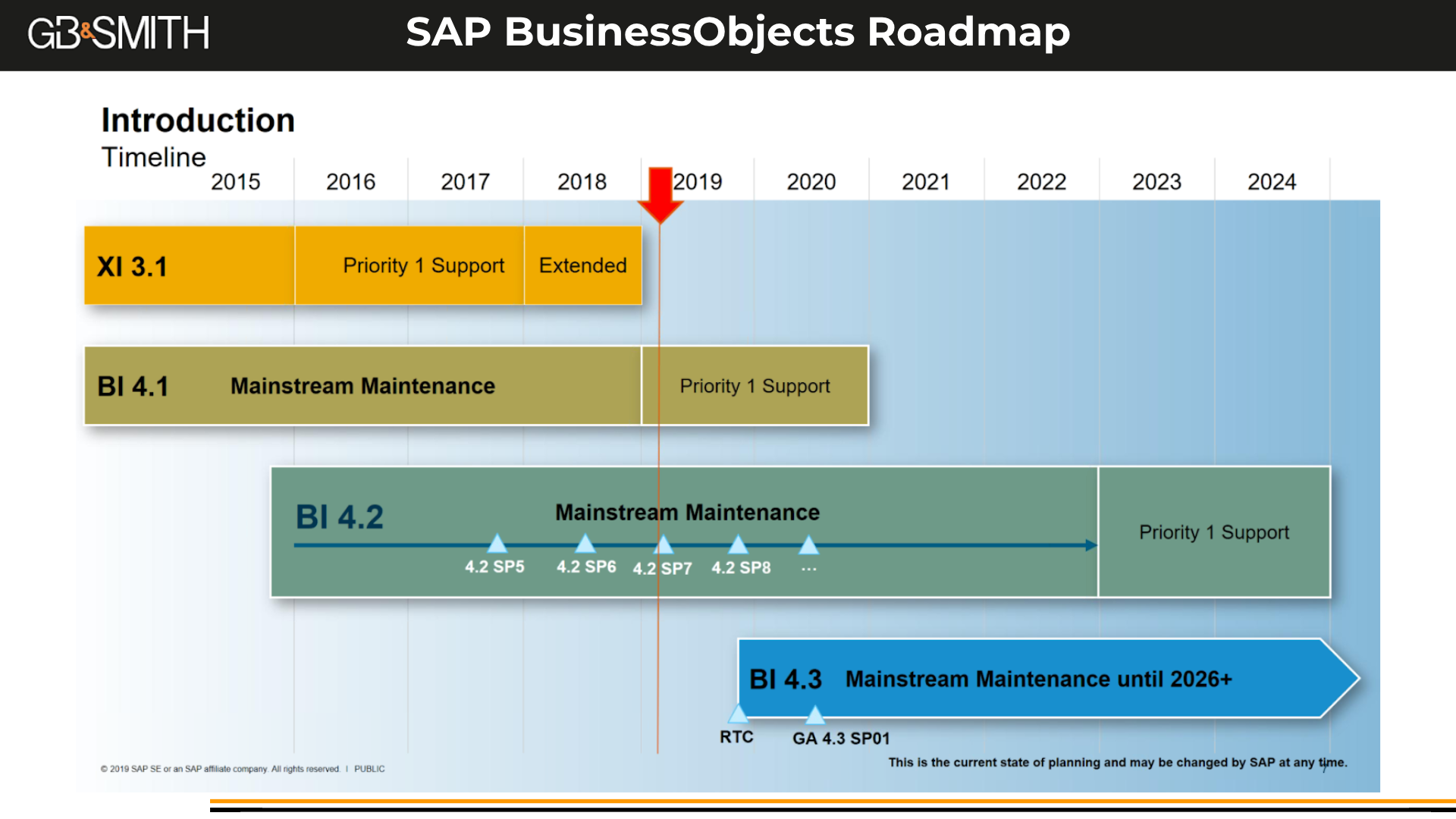 You can watch those webinars here: