#ASUG2018 Pre-Conference Lumira – Reviewing What Is New in 2.2 #SAPPHIRENOW

At last week’s 2018 ASUG Annual Conference, Monday started with ASUG pre-conference day, starting with SAP Lumira Designer.  Of course, the usual disclaimer applies, anything in the future is subject to change. 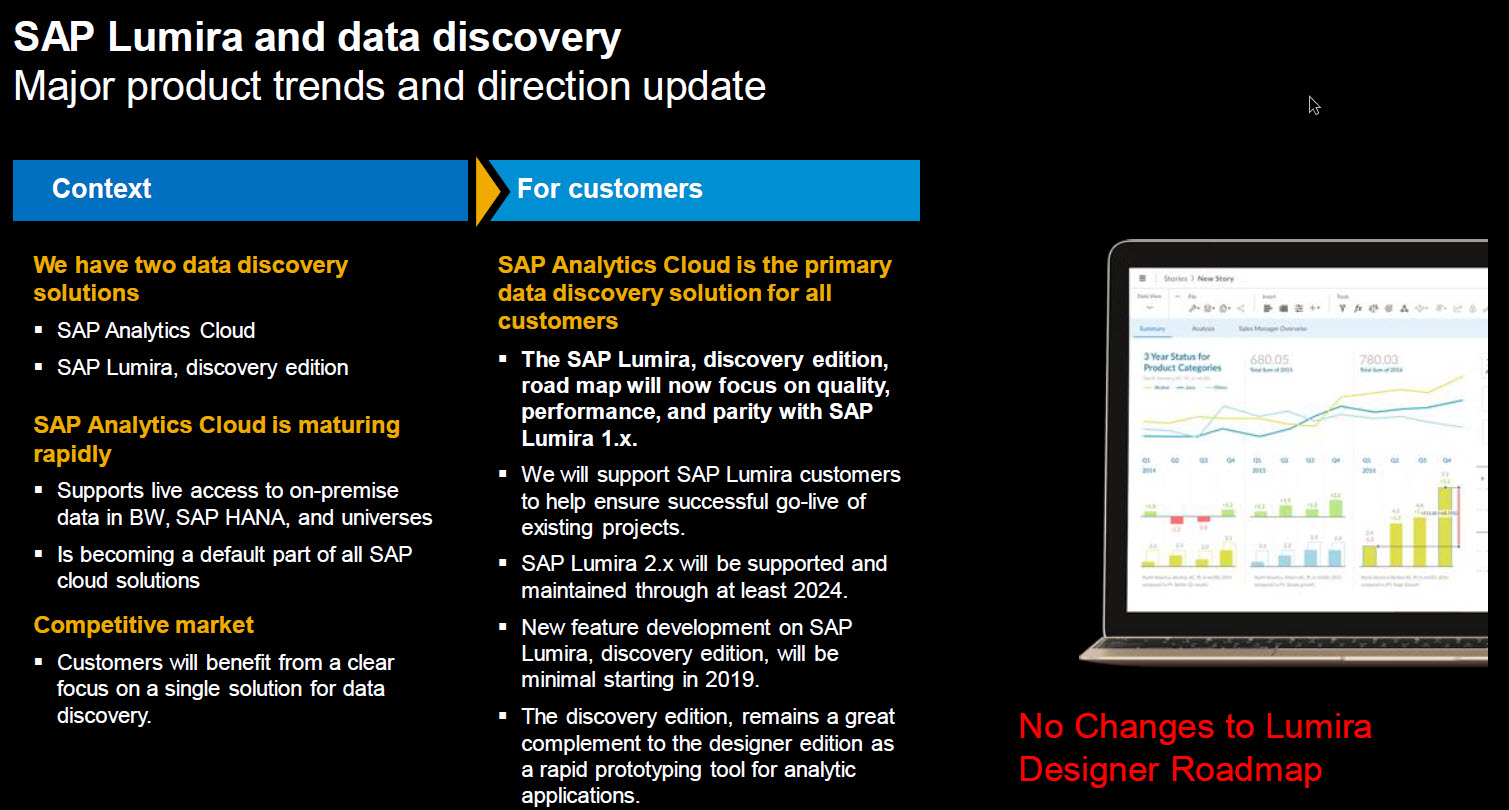 Interesting that many in this precon did not use Lumira.  Please see above “no changes to Lumira Designer Roadmap” 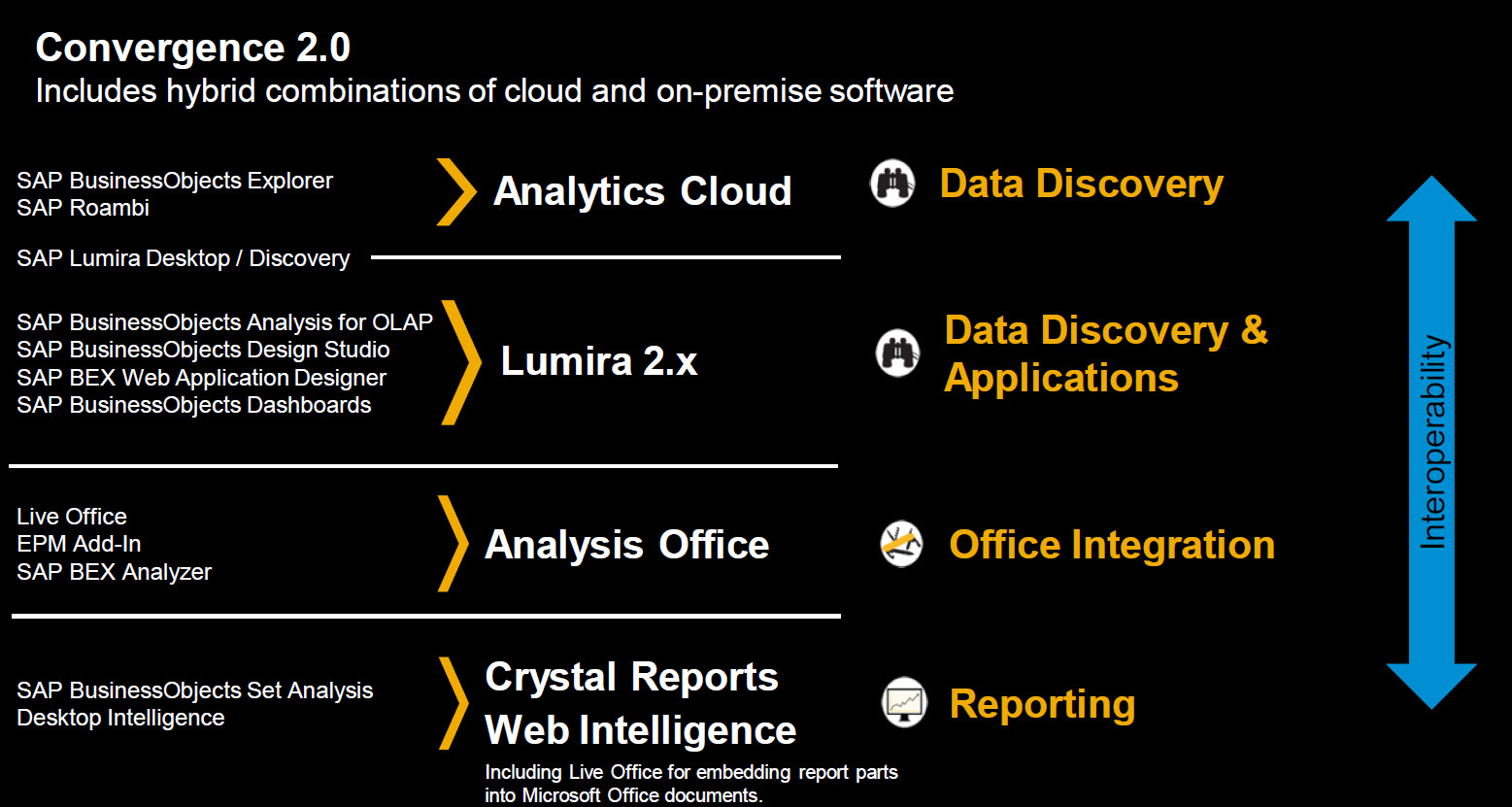 Many in the precon had not seen the convergence slide either, shown above

Attendees received a preview of SAP Lumira 2.2 shown above 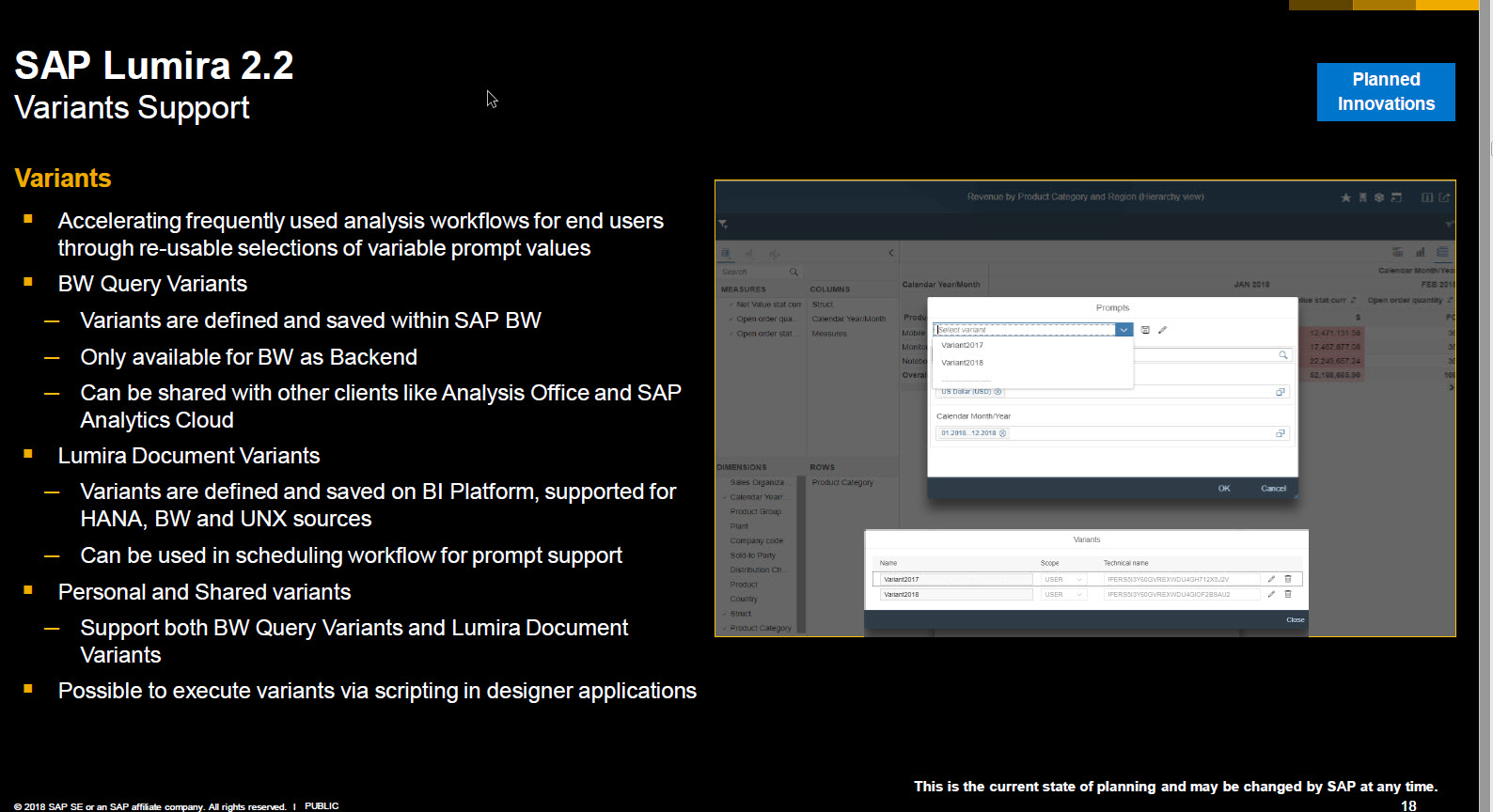 Variant support will be available in 2.2

Cross tab enhancements planned for 2.2 are shown above.  In the demo, SAP showed removing totals via drag and drop 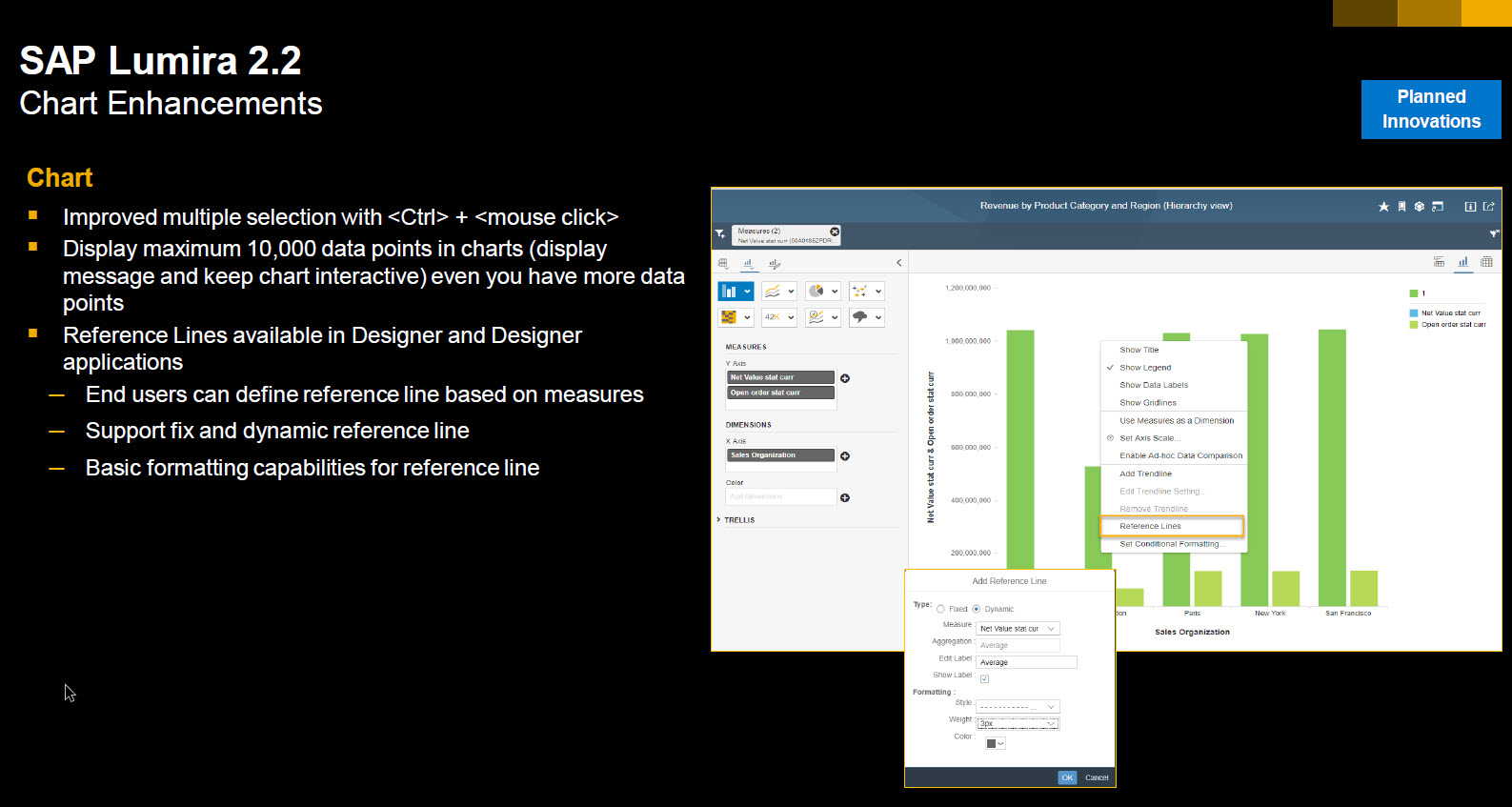 Improved selecting, display 10K data points (this was demonstrated in the session) and more are shown above 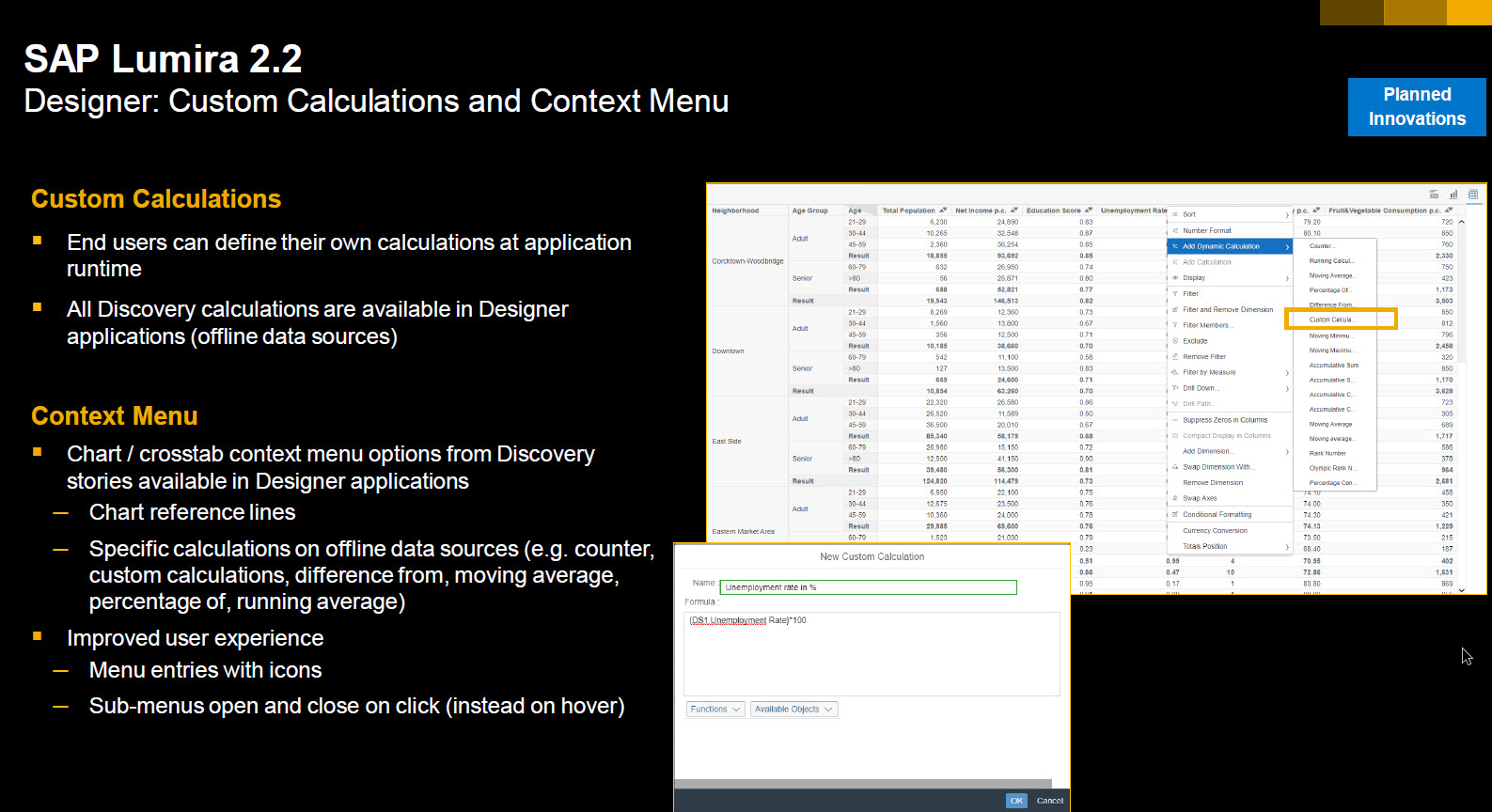 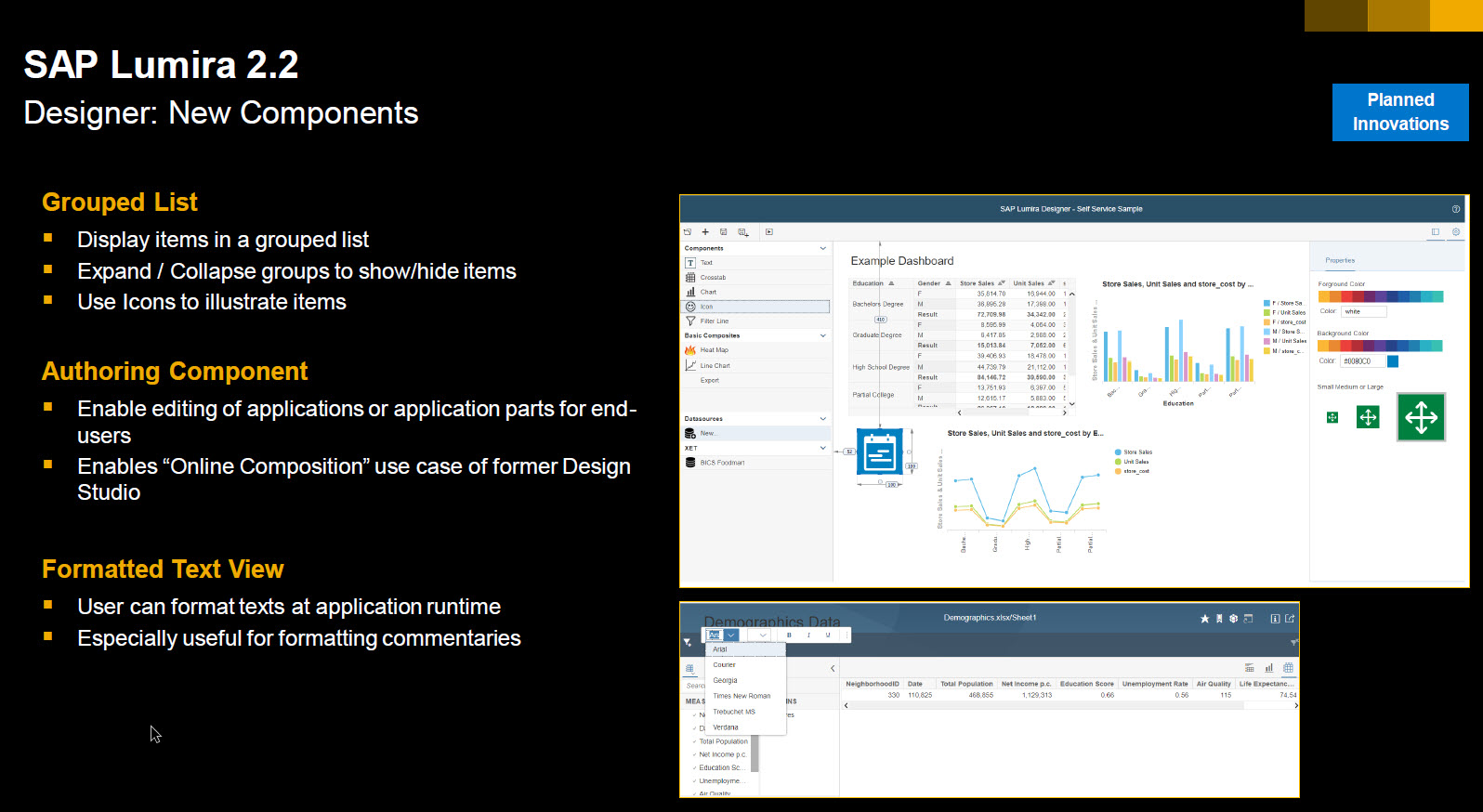 New components in Lumira Designer 2.2 are shown above 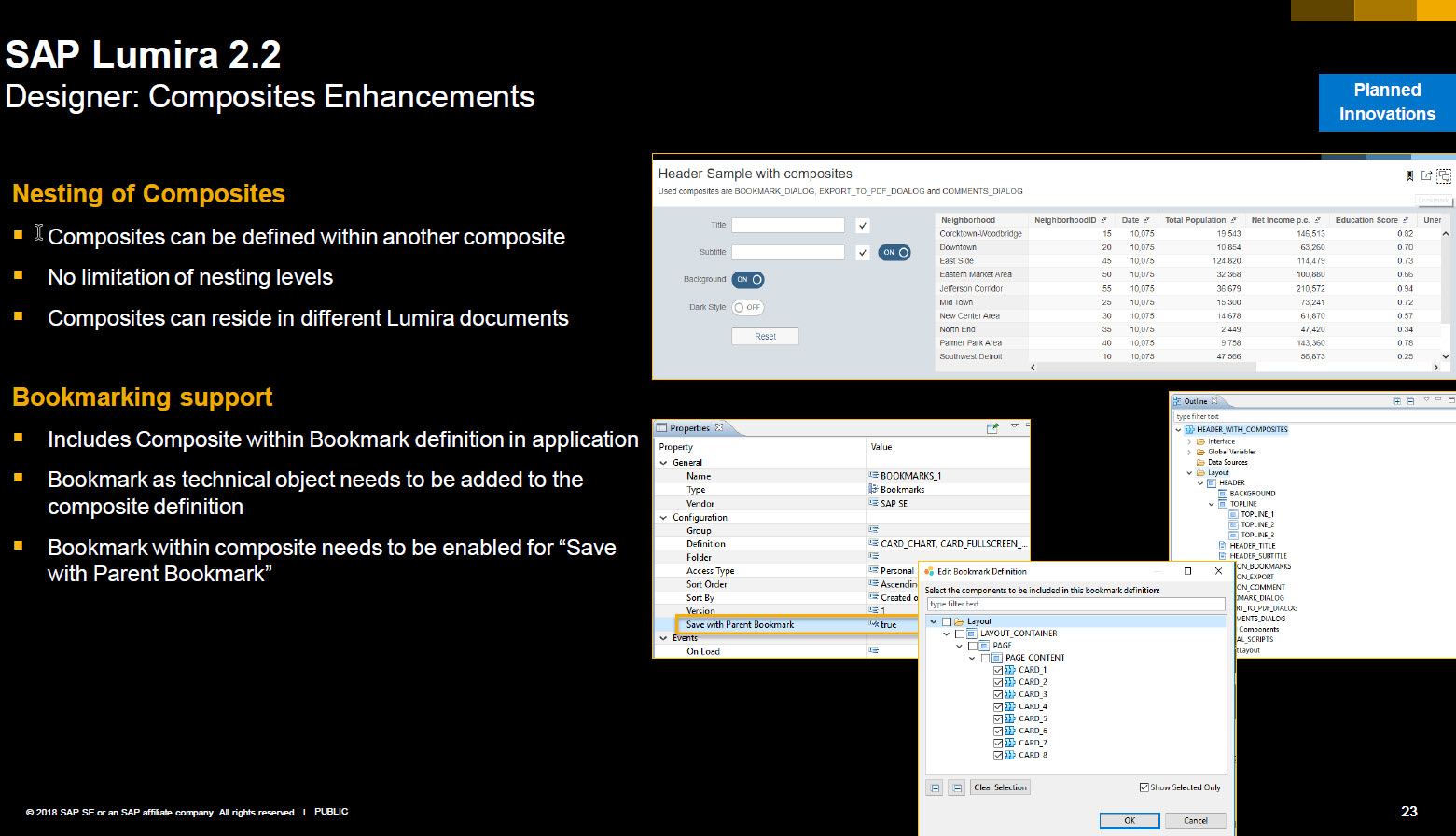 Composite enhancements, including nesting and bookmarking, are shown above 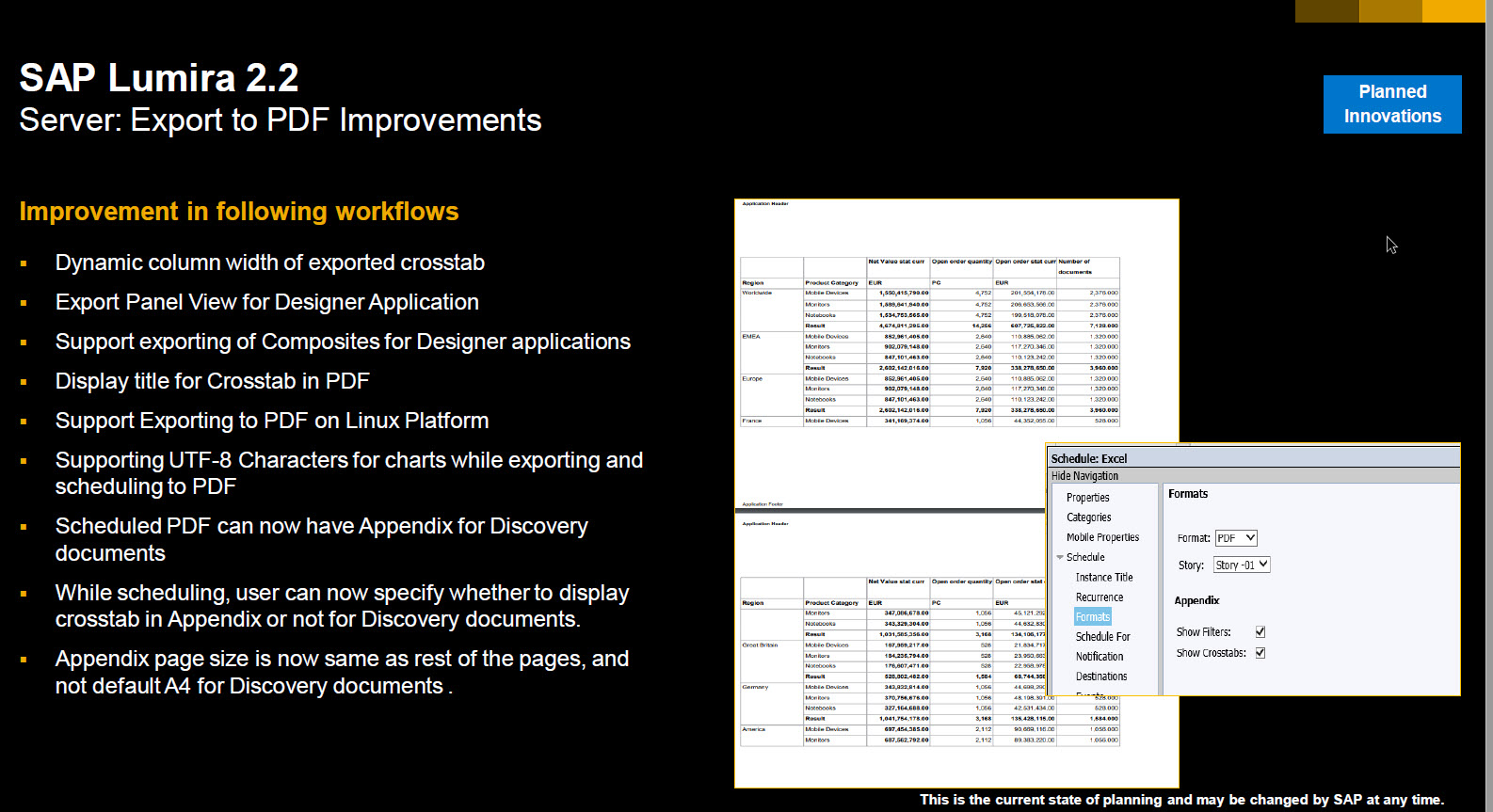 Server export to PDF enhancements are shown above, including some for Discovery 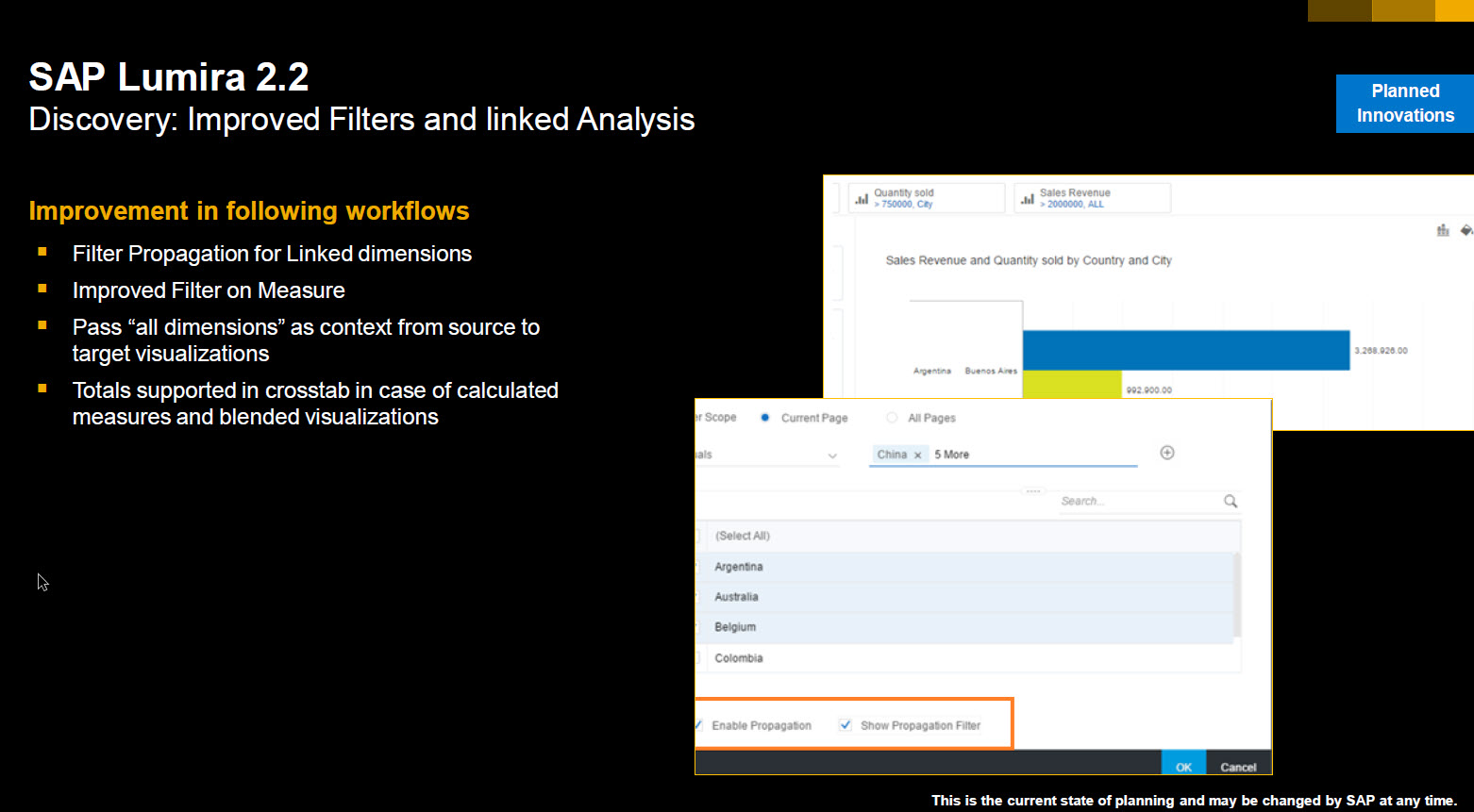 Linked Analysis improvements for Discovery are shown above

What did I miss?  In case you have more questions please join us for an ASUG webcast tomorrow – register here.

Later in the week we had an ASUG Lumira Designer influence session – some notes are below:

– wants Lumira Discovery pictures to be used in Lumira Designer

• if you were a wiz with VLOOKUP you could use Xcelsius

Because the SAP Influence site (influence.sap.com) does not have an area for Lumira, face-to-face meetings become more important.