SAPPHIRENOW day 1 with focus on integration

Now SAPPHIRENOW has been kicked off. It is nice to get back and see what is going on.
The day started off with the keynote here at Sapphire now. it was Bill McDermott that was hosting this and it was really interesting from an inspiration perspective. One of the things they announced was the C/4 HANA, which is the new CRM system. Their goal for this is to give one view of what the customers did. When they showed the demo that was obviously some cool animations that probably would not be seen in real life or it will require that you have good developers to create animations for system simulations.

The thing that really struck out for me was how much you would need to integrate your applications. You need to be able to find all the data from the different applications and present them in a way that makes sense to the user. So there will need to be some integrations, which could be API or data uploads.

I did create a video with my takes on what was going on with the Integration.

Another interesting product that was mentioned was the SAP HANA Datahub. The Datahub used to be its own product but now they moved it into HANA and it is giving users an ability to do all the transformation of real-time data. That way you don’t need to do any modifications to the data and do ETL. Data is loaded when it is needed. So that would give users a lot of opportunities to really figure out what is going on and dynamically update queries. I guess this is one of the tools that I would need to look into and figure out how it really works.
I can definitely see some use cases where customers do not need to replicate orders across systems because that would just be one source of Truth and they’re requesting system can just ask in real time and get the date of that it needs. That would save a lot of time on date of replication that is not needed and only that uses need to figure out how they would implement this in a simple way.

APIs are now the way to go. SAP said they had around 1500+ APIs that could be consumed. My Guess is that SAP is now one of the companies with most APIs. So it makes it a lot easier to consume SAP interfaces and expose them in different formats.

One other thing that was announced at SAPPHIRENOW was SAP Cloud Platform Open Connectors. The Open Connectors is a white-labeling of the tools from Cloud elements and a part of the cloud platform. Really interesting proposition because it allows customers to integrate with systems a lot faster than they currently are. What does is it provides as a simple interface to integrate with all the different Cloud providers that are supported, currently there is 150 providers or services that can be used by this. 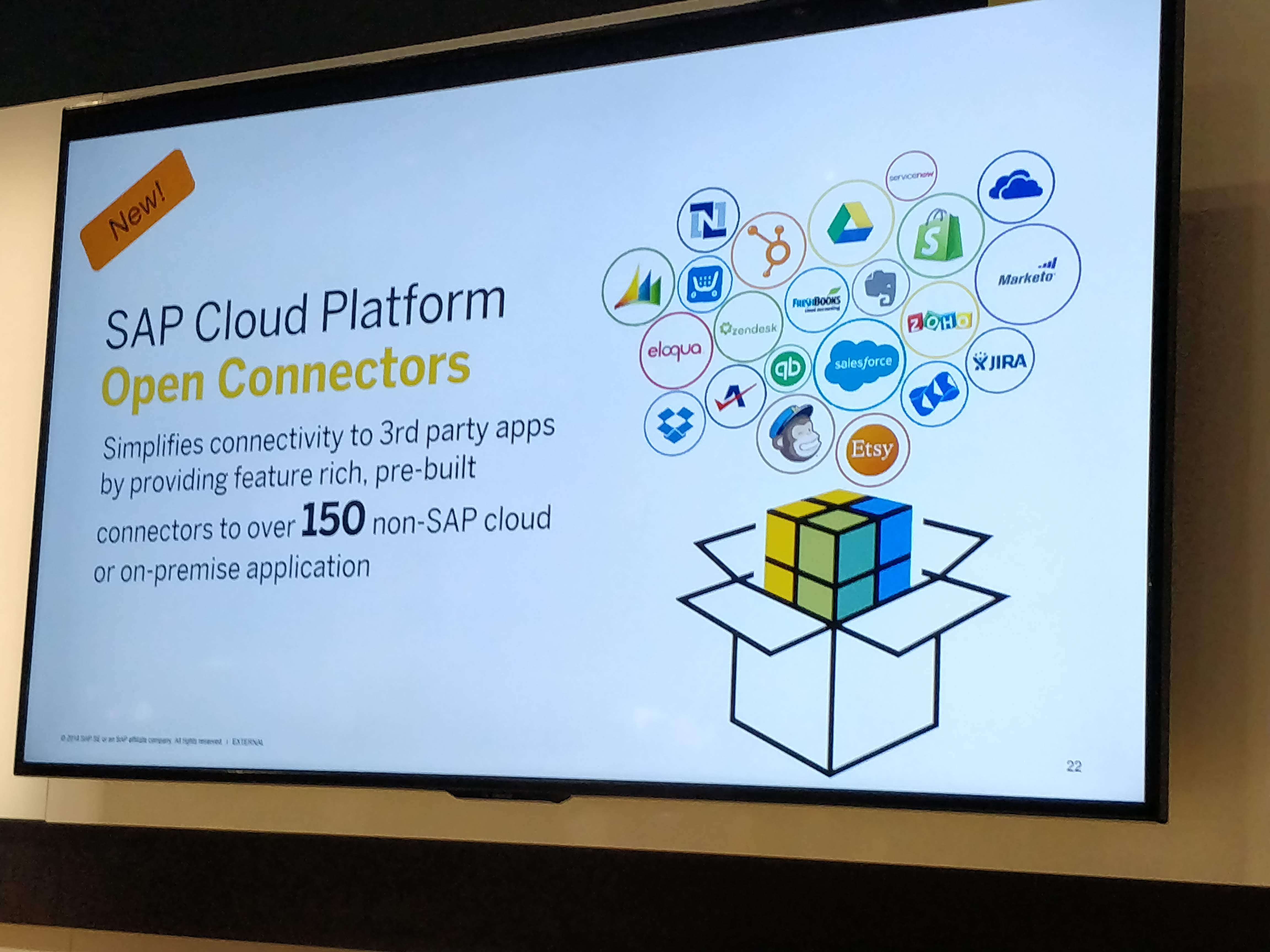 A large part of the integration work is figuring out how to interact with the different systems. This is their idea of that is Open Connectors is solving, abstracting the different authentication mechanism that each cloud provider have. And there is also API documentation making it a lot easier to use.

They showed a demo of this using SAP Cloud Platform Integration where they could call S4 to get some data do a mapping and then upload it to Salesforce using the Open Connectors.
It seems like the Open Connectors is not there on the platform at the moment, but I guess that it is something that will happen over the next few months. For now, you can try it out using https://cloud-elements.com/ 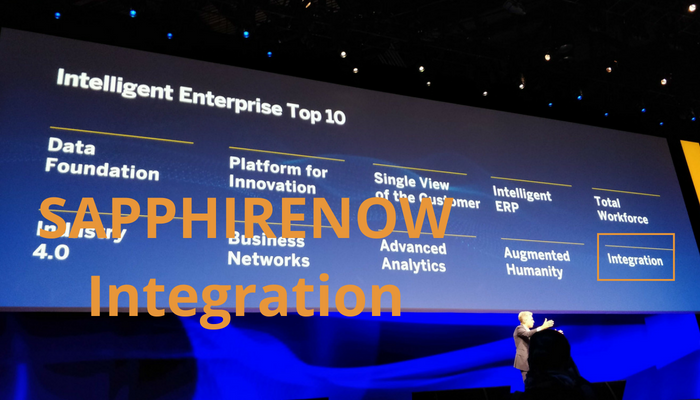 Thanks for sharing Daniel ..