Have you ever been using an application and thought that the user interface (UI) would be more intuitive if you could move one field here, hide another field there and perhaps add some fields that weren’t there?

Say you are a manager and know that there’s an application that everyone in the company uses, but your department’s work would be done more quickly if the UI was changed just a little bit for them?

Good news! Now in SAP S/4HANA Cloud version 1805, you can easily adapt the user interface of SAPUI5 applications and save that as a variant for yourself and others to use!

How do App Variants work?

If you are using a S/4HANA application that was developed with SAPUI5, you can start the Adaptation at Runtime editor (RTA), adjust the UI of that application and save the new configuration as a new variant which you and other people can use.

How do I create a Variant?

From Fiori Launch Pad, launch the application you want to adapt by selecting its tile.  Then go to the Me area and select Adapt UI. 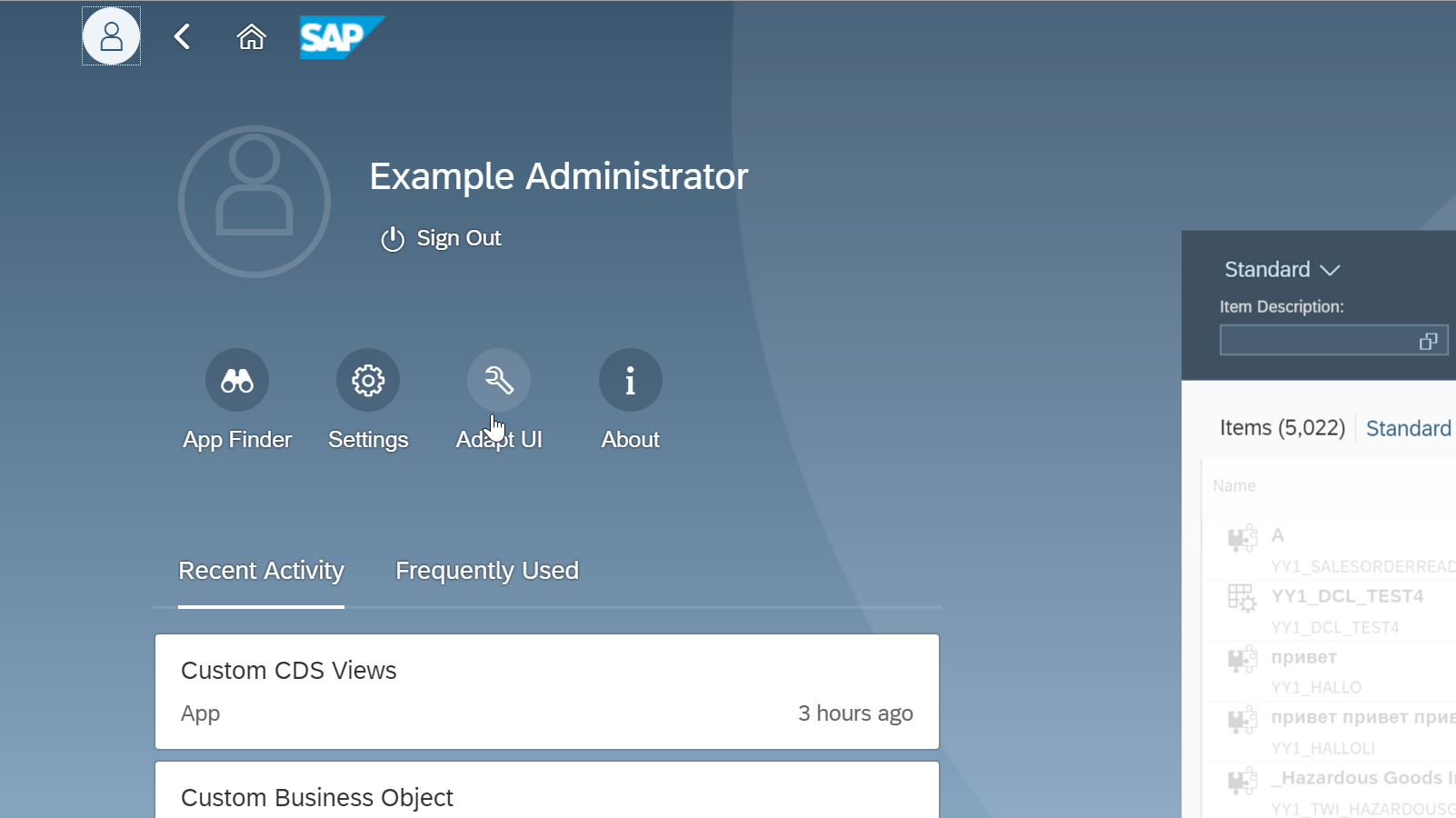 This starts the RTA editor where you can easily drag and drop, hide, add and rename groups and controls.  Once you have made your changes, select the Save As button. In the Save as New App Variant dialog, complete the fields for Title, Subtitle, Description and choose an icon you’d like to appear in the tile on FLP. 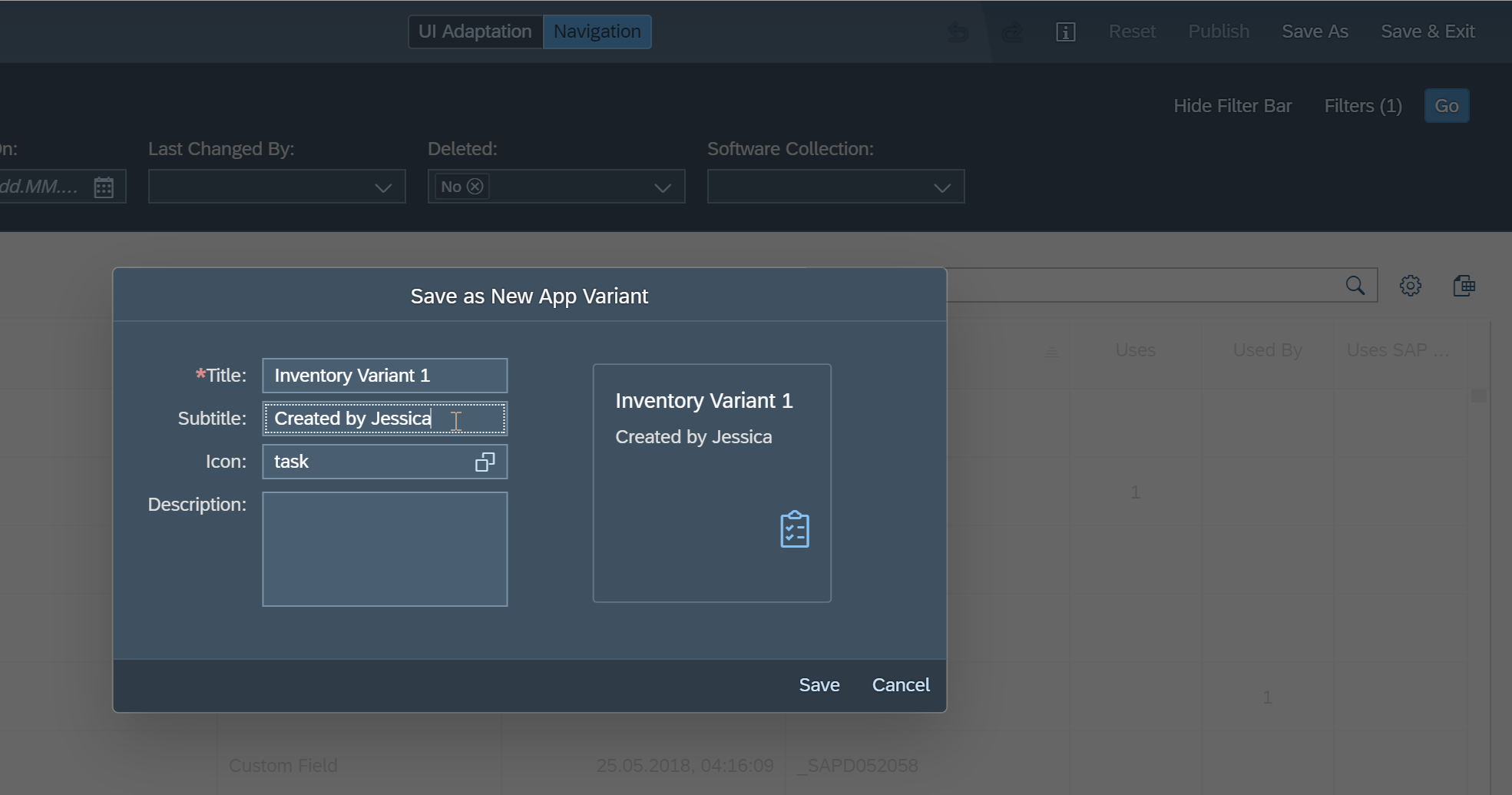 Once you select Save, an alert tells you that the variant is being saved, will appear as a new tile in the FLP and the RTA editor will close.

How do I know which version I’m using?

Creating variants is really easy, but you can imagine that you might end up with a few and wonder which one is the original and which are variants.  All you need to do is launch the app in question, open up the RTA editor and select the Overview of App Variants button: 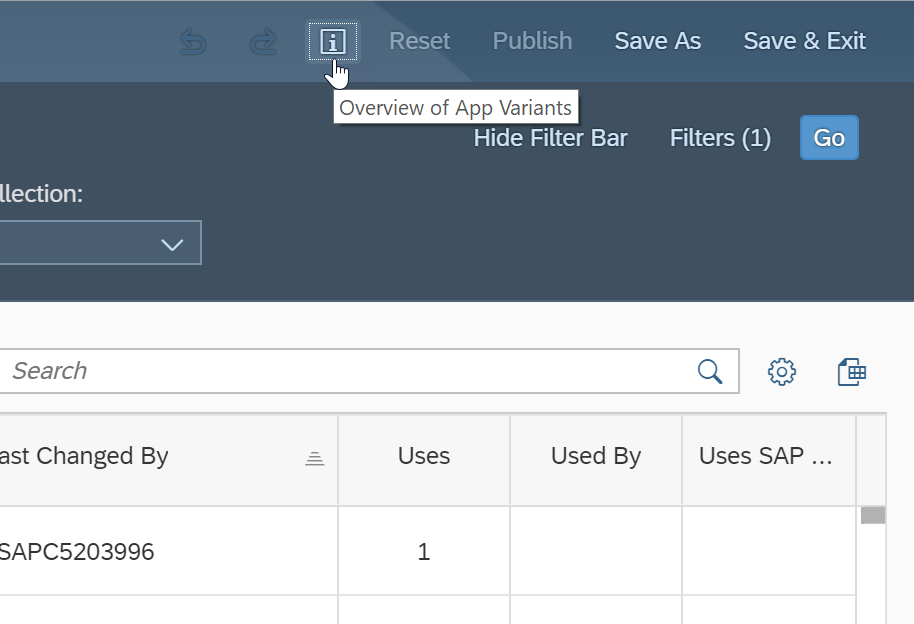 There you will see a list that includes the original application and any variants.  From there you can see which you are currently adapting, copy IDs, adapt the UI of any of them or even Save As in order to create another variant. 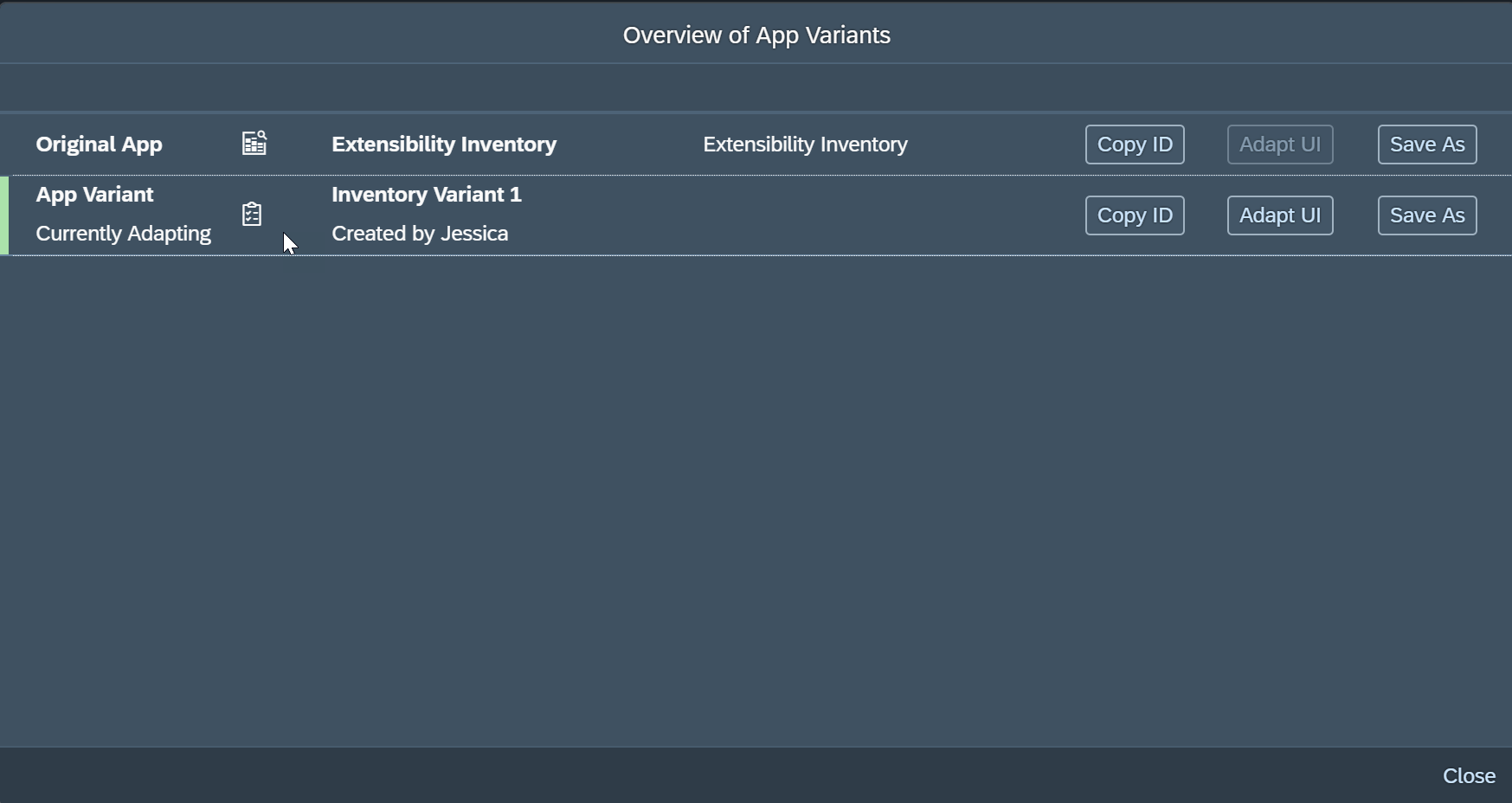 What are the requirements for using RTA?

Is it possible to delete an app variant?

Yes, unfortunately there is not yet a user interface to do this.  It is one of the reasons we recommend creating app variants on a Q system rather than a production system, so you only populate the production system with variants you want used.

Hi Jessica - Yes, this was in Q. I removed it all the custom catalog extensions but when I open up the catalogs from 'manage business catalogs' the app is still listed there. It just shows as a 'cannot load tile'.

Yeah, I'm sorry that we don't yet have a UI for cleaning up unneeded variants (yet).

Hi Jessica! Do you know if this will be in the next release? Thank you.

Not that I'm aware of but I'll keep pushing!  Best, Jessica

unfortunately there's no UI for it yet. Currently you could only delete app variants via a REST API. Do you want details about it?

Hi Matthias - Yes please, could you share the api.

in the meanwhile there is an UI for the deletion of app variants. It is available in S/4 Cloud and with S/4 1909 OnPremise.

You can find it in the app variant overview dialog, which you can reach from the adapt UI mode.

I'm sorry for the delay. Actually you have 2 options:

They easy way, if you just want to disable the app variant and make it unavailble for end users, without completely deleting it, you can remove the corresponding catalog extension. It will still appear on the app variant overview list in that case but you can no longer launch it.
To do this launch the Custom Catalog Extensions app and lookup the entry corresponding to your variant. The ID will end with _FLAV and the title should carry the variant Id. Open it, revoke the catalog assingment and publish this.
You can copy the Id on the app variant overview tool. You also need it for the other option.

The complicated way, to delete it completely you will need a REST client:

Does it work for both Fiori and WebGui APPs?

sorry for the late reply. Thisefunctionality is part of SAPUI5. For WebGUI you might want to have a look at what SAP Screen Personas offers -> http://sapscreenpersonas.com

Hi Jessica Merz - Can you please tell me how to create and add a tile for the app variant. I created a tile after saving app variant and I received message "The new app variant was saved. UI Adaption will be closed. Please contact your administrator to add the tile to FLP homepage (app id : customer.fin.co.id_xxxxxxx)" . I don't know how to this variant to any existing catalog.

Appreciate your help in advance!

Hi Thogai Thiruvengadam I'm facing similar problems. Did you find how to add the new variant tile to the FLP? I cannot find it in any catalog.