Since 2010, SAP has organized the Young ICT Explorers competition to promote interest in IT among Australian children and youths – with astounding results.

An iPod was to blame. More specifically, an iPod she didn’t get. A few years ago, Imogen Low, who was in 11th grade at the time, took part in the Young ICT Explorers (YICTE) competition, which SAP has been organizing in Australia since 2010. She worked on programming a website for several months. Her teacher encouraged her to enter one of the most important Australian IT competitions for schoolchildren, but the panel members were more interested in solutions to specific problems. Fine, Imogen said to herself, “so you’ll win the iPod next year.” 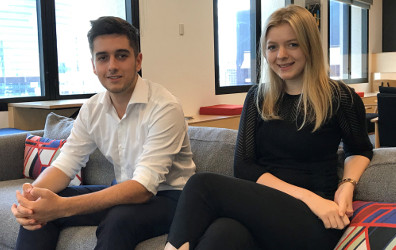 Imogen, a student at Brisbane Girls Grammar School, used the next school vacation – and the one after that, and the one after that – to tackle a real problem at her school: the many nooks and crannies in the school’s buildings made it easy to get lost. So Imogen developed a web app with an interactive 3D map of her school that shows users their current locations and where they can find specific rooms. “We use navigation on the streets,” says Imogen, “but as soon as we enter a building, no guidance is available. Shopping centers, hospitals, museums, and hotels could also benefit from indoor maps.”

Imogen’s idea not only won the competition’s judging panel over in Brisbane; it also delighted an Australian government minister, who suggested using the app for the Commonwealth Games. Imogen won, but unfortunately, that year’s prize wasn’t an iPod. Instead, she was given the opportunity to do an internship at SAP. “That was much better,” she says with a smile. “SAP gave me every freedom: I was able to work in development, sales, and services and I learned how databases and machine learning work. That helped me discover my true passion: data and data analytics.”

Ben Gonzalez also came to SAP through YICTE. Together with friends at Emmanuel College Gold Coast, he developed a robot that analyzes the water quality of wells, lakes, and rivers and directly notifies people – in countries with poor drinking water quality, for example – where they can find sources with better drinking water via SMS or through Google Maps. “As a result, local governments and aid organizations could quickly find out when they need to issue a warning or filter the water,” explains Ben.

Ben and his fellow students impressed the competition’s judging panel in 2016 and even won the national finals. He was also offered an internship at SAP. Although he’s still attending school, he’s been working regularly at the offices of SAP Australia and New Zealand in Brisbane.

“Imogen and Ben are exceptional talents,” says Glenn Neuber, who supports both young people and has been mentoring Imogen for quite some time now. Glenn moved to Australia from Germany in 2007, hoping to improve his English skills after getting his degree in Italy, and also got his start as an intern at SAP. Now, several extensions and short-term contracts later, he works as a senior business developer at the SAP Innovation Center, convincing Australian customers of the benefits of SAP’s machine learning solutions.

Lack of Encouragement for IT at Schools

Glenn has been involved in the creation of the Young ICT Explorers competition from the very beginning. Karsten Schulz, head of the SAP Research Center at the time, was a big fan of “Jugend forscht”, a competition in Germany that promotes interest in STEM subjects among young people. He was anything but impressed by the lack of encouragement his children received in the areas of information and communication technology at their school in Brisbane. So Karsten, with the support of several SAP colleagues, decided to launch an IT competition for schoolchildren. That’s how the largest European MINT contest for young talents wound up as inspiration for Young ICT Explorers in competition-crazy Australia.

Glenn remembers: “Once we had defined the competition rules, we went out to visit the schools in Brisbane. We had to find volunteer judges and landed the University of Queensland as a partner – and then things really took off.” 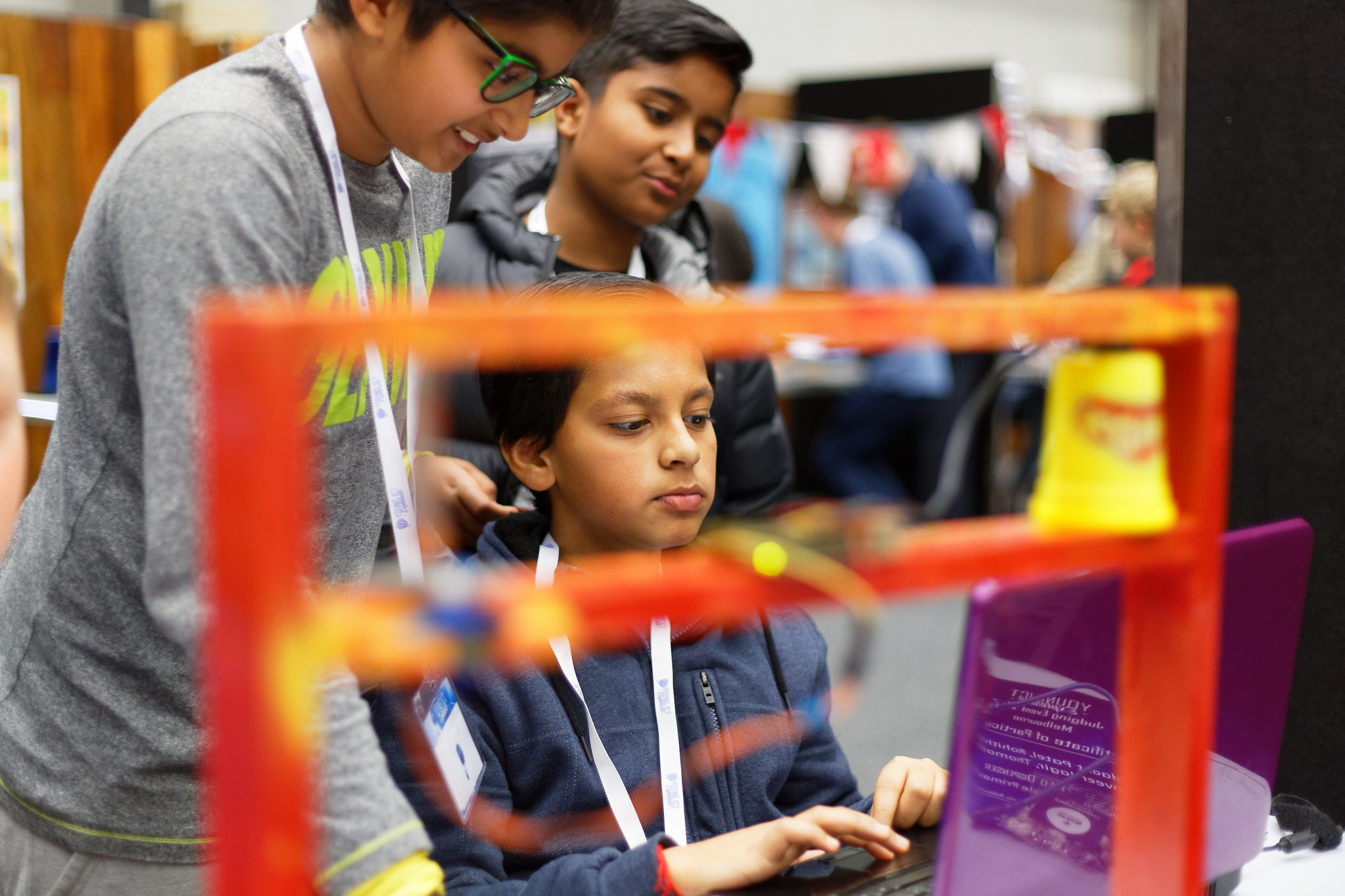 What began at around 10 schools and with 25 projects in Brisbane is now a national competition in which some 1,200 students with an estimated 500 projects are participating in 2018, and judged by around 130 panel members from the entire IT sector. YICTE also took place in New Zealand for the first time two years ago.

Since 2012, everything involved with YICTE has gone through Travis Joy at SAP’s Sydney office. Anyone who speaks with the 34 year-old can’t help getting infected by his enthusiasm for this competition. “The projects that the kids submit – some of them are only in 3rd or 4th grade – are phenomenal,” says Travis. Past subjects include robots, recycling, predicting crude oil prices from Twitter feeds, apps and programs for school administration, and even measures for conserving threatened animal and plant species. “90 percent of the projects involve making the world a little bit better,” says Travis. “Most of the panel judges and I are completely blown away every time by the ideas the kids come up with and the dedication with which they pursue them. These kids are superstars.”

In any case, winning isn’t the real focus of the competition, and the idea is not to create even more stress for the children and youths, who face enough pressure with their schoolwork already. “It’s about giving them a platform for their creative ideas, innovations, and technologies where they can present themselves and gain inspiration from others,” says Travis. “We want to encourage them and strengthen their resolve to continue on their journeys.”

A Platform for Creative Optimism

Imogen Low felt encouraged. She appreciated the fact that the competition did not prescribe what she had to do or require her to use specific tools. Imogen thinks that children and young people don’t have to be taught how to use specific technologies. “Instead, they need to learn how to use their creativity and skills to solve problems they have identified.” YICTE offers this “platform for creative optimism,” as she puts it.

In the meantime, Imogen is now studying in Sydney with a double major in Data Analytics and Innovations. She used to have plans to study medicine – like many of her contemporaries. As it is, most Australian youths still aspire to become lawyers, doctors, or business graduates – and their parents support these hopes. Imogen experienced the same thing among her circle of friends. Her girlfriends, in particular, thought it was highly unusual for her to study computer science. “IT jobs aren’t really highly regarded in our generation,” she says. “Or they call you a geek,” adds Ben Gonzalez. 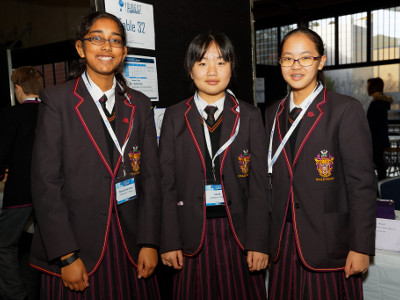 He believes that a change of heart is currently underway, however, especially among younger children. His mother, he says, teaches at his school and has told him of the large numbers of third and fourth-graders who want to take part in the YITCE. And during lunch breaks, the fourth-graders teach Scratch, a programming language, to the first-graders. “Things are changing,” says Ben, who will start studying at the University of Queensland for Software Engineering and Business Management in the fall.

Interest in the YICTE among younger children is traditionally greater, confirms Travis. The number of projects submitted by young people in the higher classes is also climbing each year, however. “And when these young people study or have children of their own, they will pass on this creativity and open-minded attitude,” says Travis, who is convinced that the competition will have an ever-greater impact.

And this impact could be even greater if more companies – and not necessarily from the IT sector – got on board as partners, admits Travis. The competition could be held in even more cities in Australia and New Zealand, they could offer workshops for the participants to expand their skills, and they wouldn’t have to turn down any schools due to insufficient capacity in some cities. “Ultimately, it’s about promoting interest in information technology, innovations, and digitization among children and youths,” says Travis. “Failing to do so in today’s digital world would be more than negligent.”

Imogen and Ben are certain the IT industry is in their professional futures. The Young ICT Explorers competition showed them the way. They want to continue working on their winning projects as soon as time permits.

And Imogen even got her iPod in the end: She bought it herself from a gift certificate that Travis sent her.

Teachers, parents, and counselors can still enter their schools or projects to participate in this year’s YICTE competition until June 10, 2018: https://www.youngictexplorers.net.au/participants/