The pick for June’s Member of the Month makes me happy for several reasons.

For one thing, he’s one of those rare recipients who makes me think, “Wow, I can’t believe he didn’t get this recognition sooner.”

For another, a prominent community member nominated him — so I can just copy and paste that member’s statements for the intro. Like so: “[The Member of the Month for June] has been tremendously active and in particular working to support the Spanish (and to a lesser degree, Portuguese) speaking members.” And: “His 30 badges from SCN and over 2,000 points show the span of contributions and he has already posted 179 Answers and [29] blogs in the new SAP Community.”

Impressive, right? And, joking aside, that’s the real reason he was chosen as our latest addition to the Hall of Fame. Not because I was surprised (or lazy), but because his contributions are so valuable and respected. He absolutely exemplifies everything important about a Member of the Month. With his helpful guidance and willingness to step up for entire groups within the community, he has truly earned each one of his 400+ followers* — and this month’s recognition.

And with that, I proudly present June’s Member of the Month, Sergio Guerrero.

Congratulations, Sergio! Welcome to the Member of the Month family!

Wow, I am honored and impressed that I am receiving this amazing recognition. It was jaw-dropping when you contacted me. [laughing] Truly, such an honor!

Your profile has a lot of information about your areas of expertise and your community contributions. However, it doesn’t contain anything about your location and where you work. Would you mind telling us a little bit about where you’re based and what you do — and for whom?

I am originally from Linares, Nuevo León, Mexico. However, I moved to the U.S. when I was in high school — hence my participation in other communities in other languages. I currently live in Little Elm, Texas, and work for the Advanced Analytics team at Lockheed Martin. 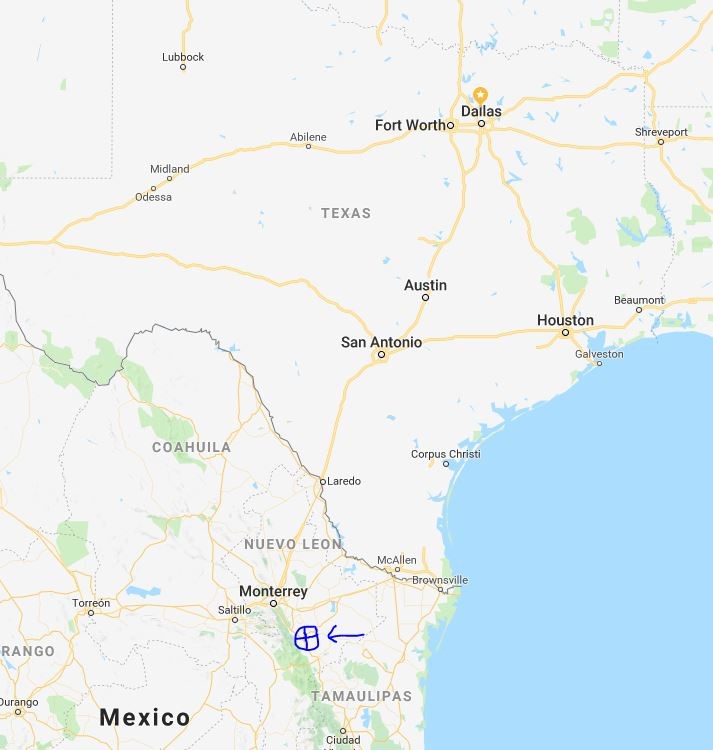 Since I already copied some kind words that a fellow member said about you, I might as well steal your profile bio too: “SAP HANA and Fiori Architect. Passionate about SAP HANA, Mobile and Web development, process automation, etc.” Most of those are recent technologies, but I suspect you’ve been in the tech game a lot longer. How did you start and what brought you to this current spot in your career?

I graduated from UT Dallas (B.S. in Computer Science) almost a decade ago. I started out as a web developer and eventually managed a few teams. In the past five years I have participated in the SAP Community, earned a Developer Evangelist award in 2015, presented at various events such as ASUG, SITMTY, and SAP TechEd in 2016. 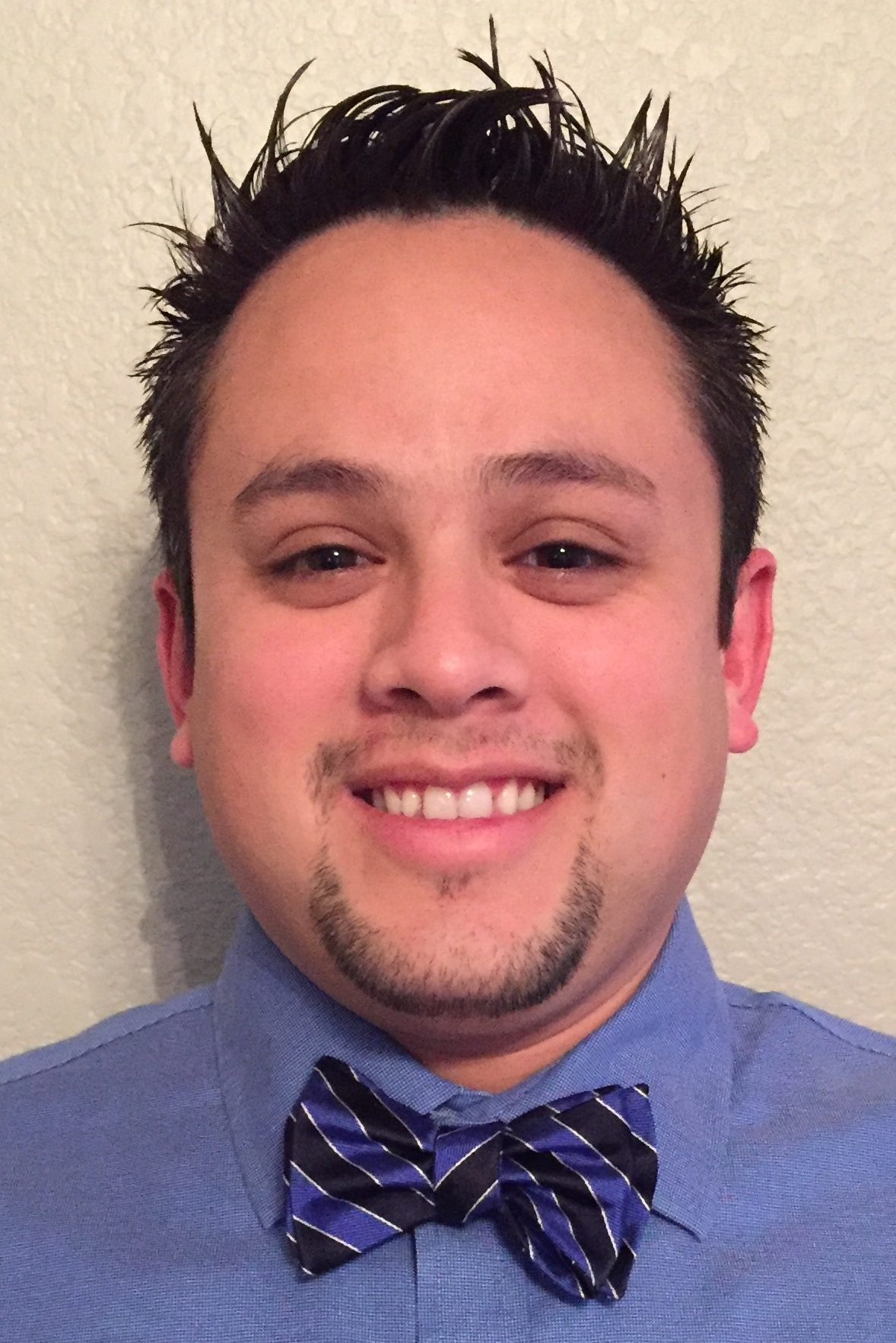 What is the “et cetera” in the bio for?

“Et cetera” refers to all the other roles I play in a daily life such as husband, dad, brother, friend, neighbor, community member.

As your nominator pointed out, you’ve been around since the SCN days. When did you join the community and why?

I originally joined SCN in 2013/14 due to my first project in HANA XS and SAPUI5 — while staffed at Tyson Foods. I had a lot of questions that I needed answers for. I thought this community was easier to ask questions to than Stack Overflow since it was SAP-specific. As time went on and I moved to other projects — Bridgestone Americas, National Gypsum, just to name a few — I also started recognizing some of the names that were also frequent visitors and participants. I then realized some of those were SAP Mentors — I did not know what those were at the time — so a big part of my participation is to hopefully one day to become one of them.

In that time — as also pointed out by your nominator — you’ve earned several badges and thousands of points, published dozens of blogs, and answered hundreds of questions — sometimes answering several questions a day, in fact. On top of that, as I said in the intro, you have more than four hundred* followers! Tell me how you manage to stay so heavily involved in the community.

I enjoy participating in SCN — the gamification process became addictive as well. I like listening to the podcasts — such as SCP and Coffee Corner — and I participate sometimes to continue to be involved and learn from other people’s questions. I see every question and blog as an opportunity to learn technology and from other people’s issues. 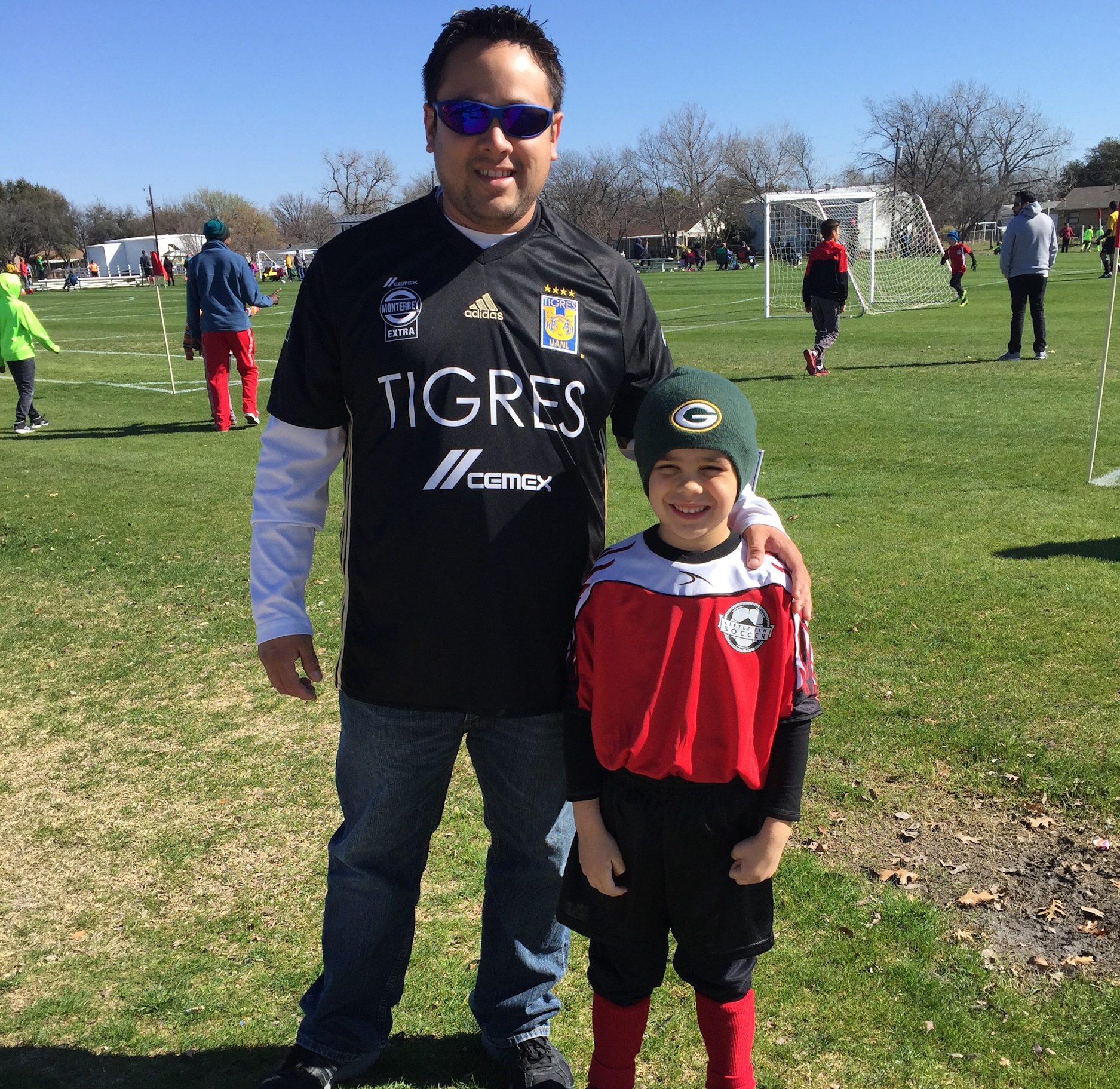 Sergio’s son, Oliver, plays on an undefeated soccer team — and has his dad as a coach.

And when did you notice you were amassing quite the following? Did that give you extra motivation to do more in the community?

It feels good to know someone else appreciates your contribution and that is why they are following you, just like I follow others. I know that when they say something, I will listen, read, or even comment if I have something to comment about. I am motivated by the SAP Mentors, and other participants who dedicate a lot of time via this channel.

The nominator noted that you’ve been working to support Spanish- and Portuguese-speaking members. I’d love to know how and why you’ve been trying to make the community a better place for people who aren’t native English speakers.

I think this goes back to my roots of being a native Spanish speaker. Now, I am bilingual and I find it very interesting to know that you can communicate with people from other cultures and languages. I have family members who do not speak English like my grandpa Santiago, and also family members who do not speak Spanish, like my in-laws, Joe and Cathy, so I have to translate for them. I have also had a sense of community outside of work with neighbors and also within my church community. Shout-out to St. Martin de Porres Catholic Church in Prosper, Texas. 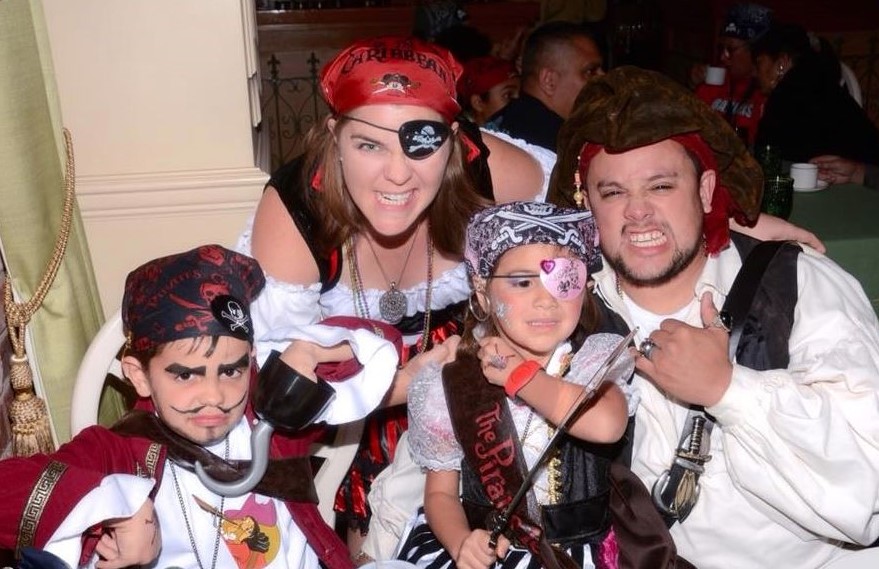 Sergio’s family getting into the Halloween spirit. Why are they awesome? Because they yaaaaarrrr.

Clearly you’re passionate about the community, but I’m sure you have a life away from the site. What do you like to do in your downtime? Any hobbies or activities that you enjoy?

When I am disconnected, my wife and I try learning woodworking — yep… good old woodworking. My wife likes to sew costumes, and we get into the Halloween spirit every year. I am a fan of the Mexican soccer team Tigres and I am ready for the 2018 World Cup. In the fall we proudly cheer for the Green Bay Packers as well. I coach the undefeated U7 boys soccer team named the Hot Shots in Little Elm, Texas where my son, Oliver, plays. I also enjoy dance parties with my daughter, Emma, in our living room.

Earlier I stated that you answer several questions a day, but it’s been a few months since we’ve last seen a blog. Planning to write any more?

Yes, I do try to write at least one per month and I am always thinking of what to write about next. Most of my blogs have been from using free SAP tools such as Build, SCP, Web IDE, et cetera…

OK, well I can’t exactly criticize someone with so much activity in the community! Speaking of activity, we’re always trying to encourage members — especially newer ones — to get more involved in the community. Any tips to help get those lurkers to become participants?

My advice would be to read the questions section. That way if you do not know where to start, you at least know someone else is struggling with something. If you have long commutes like me, listen to a podcast. Most importantly…get a free account on the SAP Cloud Platform — there are many ways to learn, get involved, and share your knowledge and struggles.

Great stuff. Thanks so much for taking the time to talk, Sergio. Oh…but before I say goodbye, there’s one last thing. When I notified you that you were June’s Member of the Month, you told me it was an honor. I’m always happy to hear that, and I’m glad that you think so, but I have to say that, in all honesty, the honor is mine. We appreciate everything you do for SAP Community and we hope more members will follow in your footsteps. Thanks again!

Thank you very much! See you next time!

*Author’s note: I incorrectly reported the number of followers for Sergio. I apologize for the error. Please see his profile for accurate figures: https://people.sap.com/sergio.guerrero.

A great addition to the MoM club!

Little Elm, TX is near to Dallas. Your hand-drawn "x marks the spot" is in Mexico. Doh!

Yes little elm is in the dfw area. The spot on the map is Linares, NL. Where I am originally from .

Indeed. The caption has been updated.

Congratulations, Sergio Guerrero, and welcome to the Club! Wow, 39 blogs? That’s A LOT!

This post also made me go back and read some of the past MoM interviews. As one of the first ever MoMs correctly noted: “I think being a MoM on SCN is not just for a month. It’s for much, much longer.”

So let’s drink for 39 more blogs, at minimum.

Congratulations from "across the pond", Sergio!

Congratulation Sergio! You have been my inspiration since Tyson project.. Keep it up!

Congrats Sergio Guerrero !! Fond memories of your Community Session at TechEd and helping me deliver drinks to the SAP Jam Band audiences. 🙂 lol i remember this day 🙂

Congratulations Sergio and welcome to the MoM club 🙂