With SAP Cloud Platform SDK for iOS 2.0 SP02  release we have support for Privacy Consent Forms that can be presented to the users during onboarding. These Privacy Consent Forms can be used to inform users about the data being collected as well as how that data will be used by the app. These forms can be used to support the various user consent requirements around the world such as:

The SDK for iOS now has support for these consent forms that can be part of the onboarding flow for the end users. These forms make it easy for the developers to get consent from end users for sharing and complying with the law. It should however be noted that the developers still have to keep track of the consent given (or denied) by the end users in the appropriate backend systems complying with all the auditing and other necessary legal requirements.

The user consent forms supported in the latest release are of two types:

In addition, during the onboarding flow, the user consent can be of two types:

To review the support for GDPR consent forms and understand the framework controls behind them, first generate a Master Detail application using the Sample app provided as part for the SDK for iOS Assistant. The Sample app (as well as any new app) generated by the Assistant will have built-in support for both the user consent forms that are cascaded in the onboarding flow. 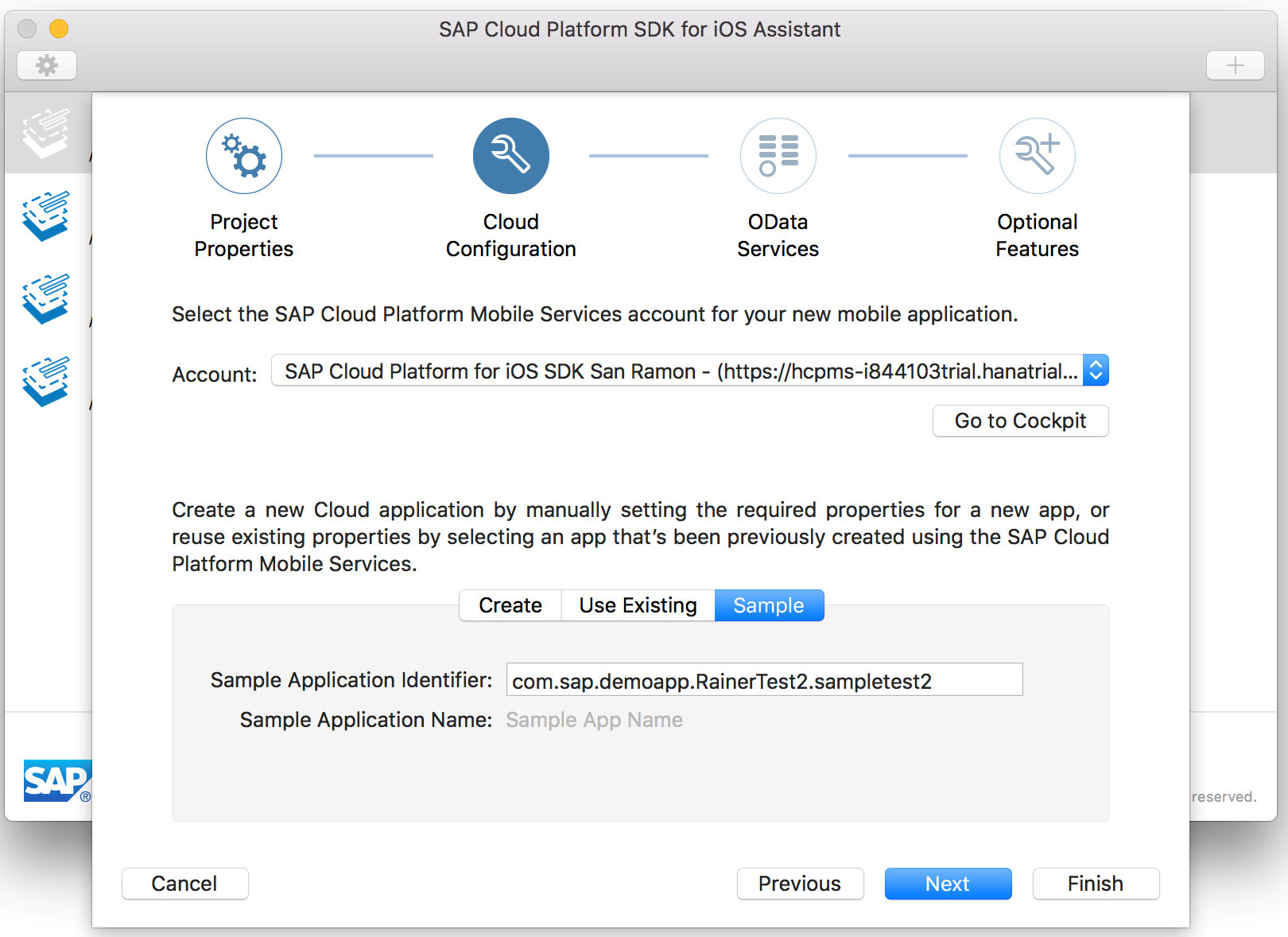 For illustration here is the code fragment for the function configuredUserConsentStep with custom text in the user consent form (variable spText below). Compile the sample text with just the change in spText variable – ignore the multi-step consent for now.

The modified user consent form will now like this: 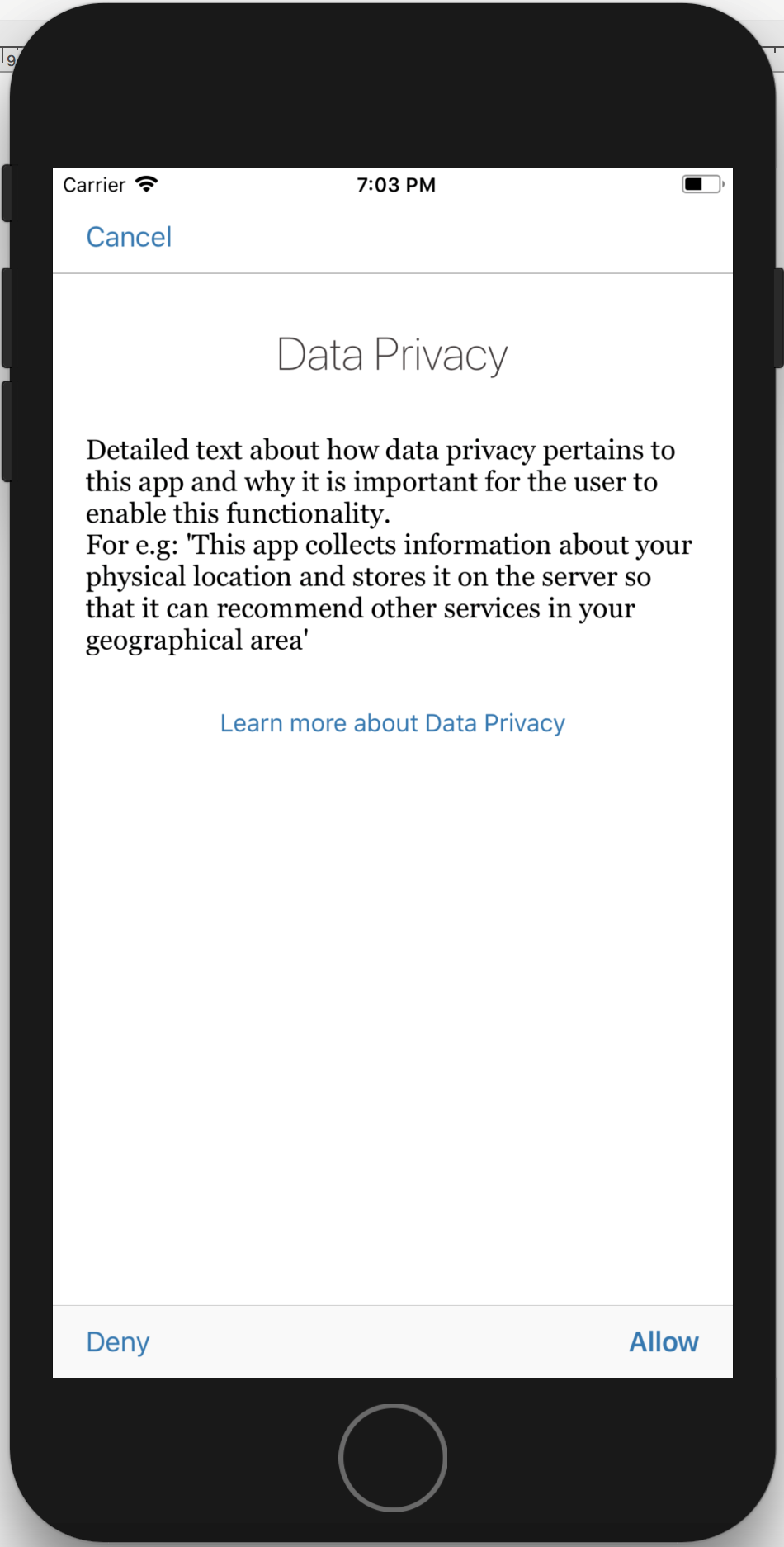 If the user denies consent, then a notice is displayed that the onboarding flow will be terminated: 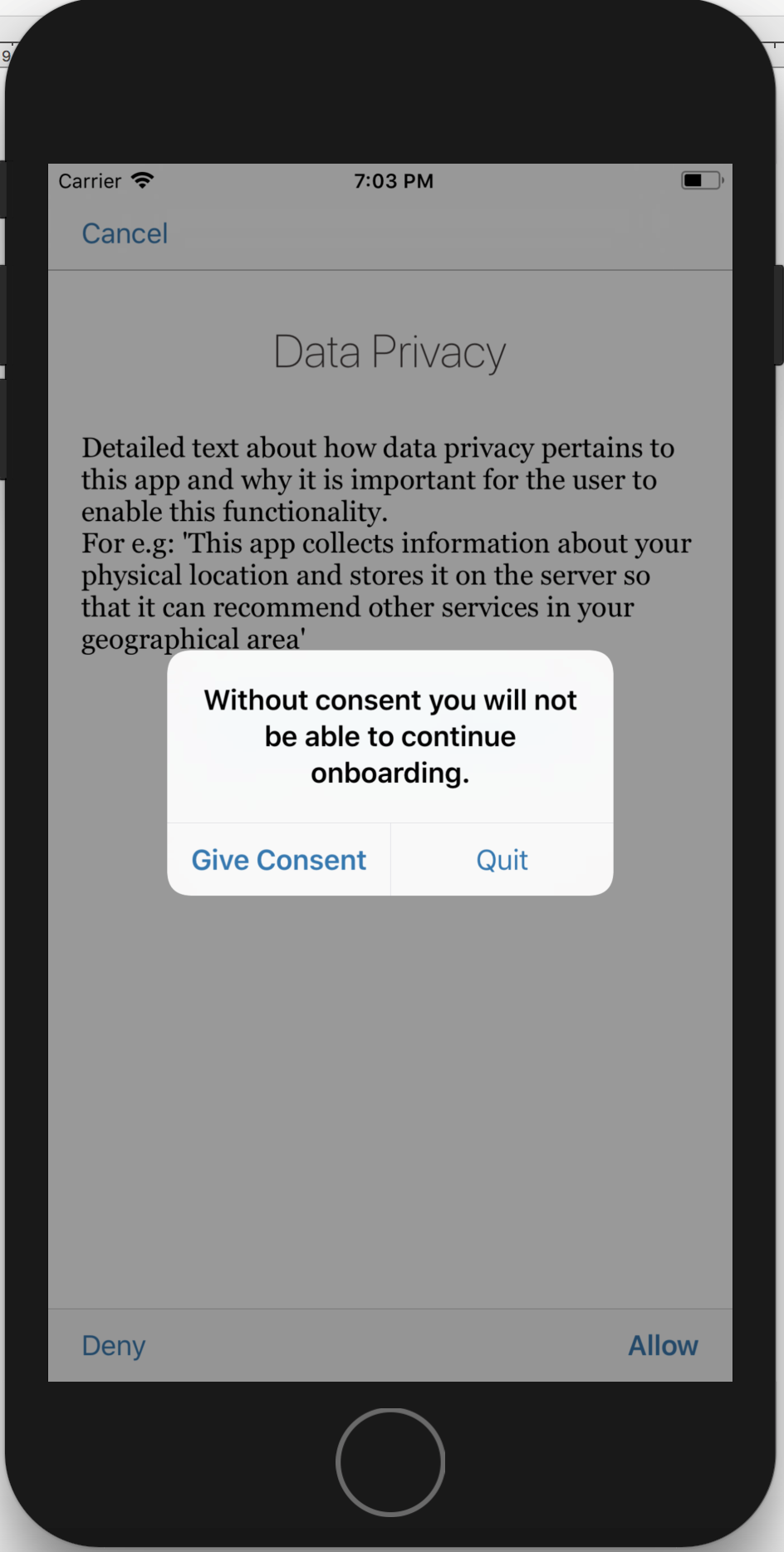 The onboarding flow will be similar in a multi-step consent form (first and last step of 3 step form shown here): 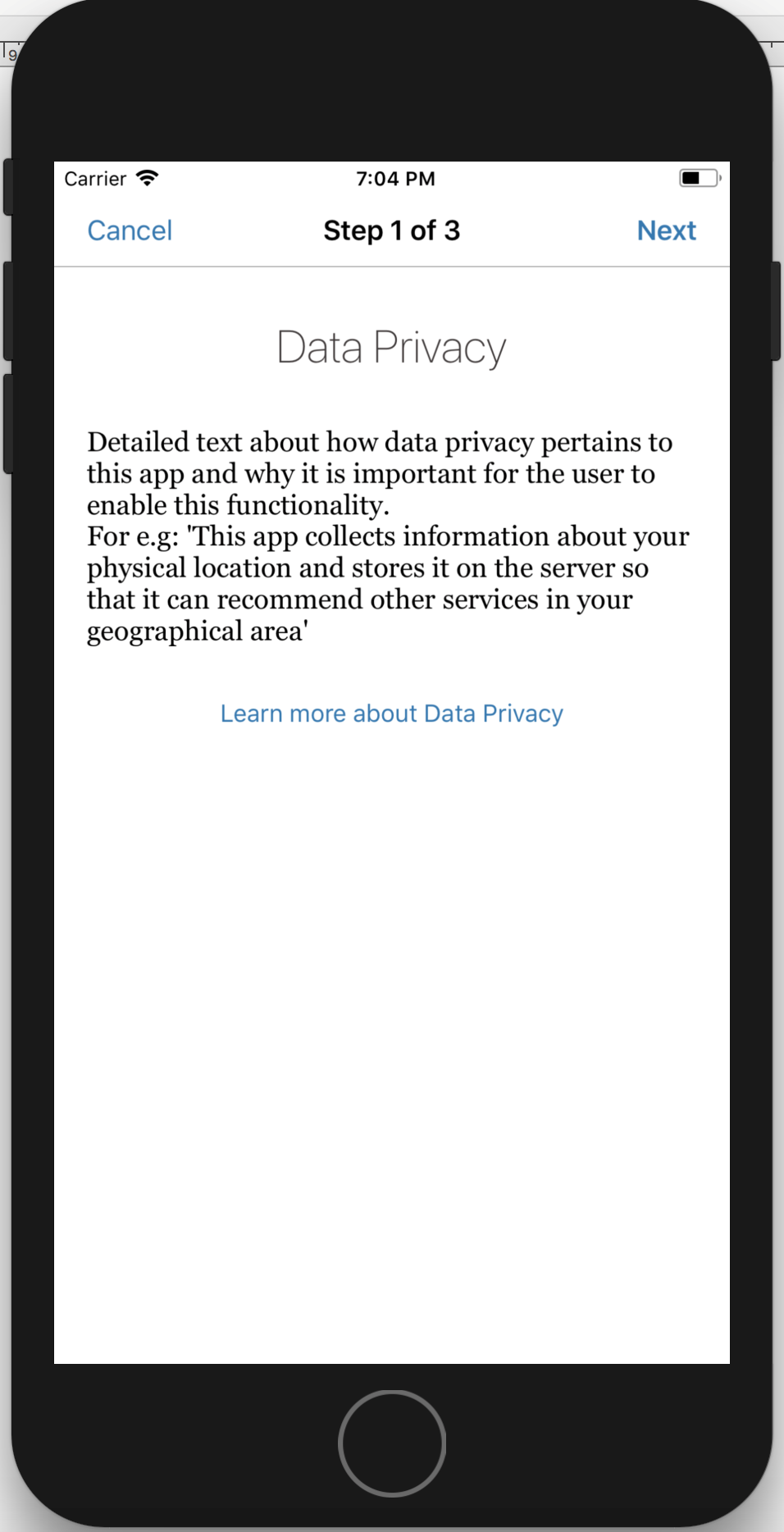