In this post, I look at how some programmers identify strongly with a particular language, consider the meanings of ‘programmer’, ‘coder’ and ‘developer’, and what it means for us as the SAP enterprise programming landscape changes.

I watched a couple of talks by Kevlin Henney last week while travelling to and from SAP CodeJam Guetersloh. One of the (many interesting) things he suggested was that some programmers strongly identify with a particular language. This immediately reminded me of the situation within our SAP developer ecosphere, where it appears that there are some programmers that strongly identify with the ABAP language. One could even go so far as to say that this strong identification is an exclusive one. “I’m an ABAP programmer” is a phrase that I’ve heard many times before and has carried the implication “… and I wouldn’t consider taking on any other language, just give me ABAP programming tasks to complete, please”.

The recognition of this type of single-language programmer is not new, nor is it particular to the SAP or enterprise world. “I’m a <insert name of popular language> programmer” is something one hears in many situations. And “I’m an ABAP programmer” is definitely relevant in our shared journey right now, as the world beneath our feet changes and moves to the cloud.

Naturally, there are advantages to specialism. Experts in any area are sought after, and their deep knowledge and close connection to the subject is very valuable. But this expertise shouldn’t come at any cost, and the cost here is a restriction on what can be achieved.

This isn’t even about the idea that one should be passionate about one’s subject area — in this case, ABAP — nor is it about whether someone should “take their work home with them” and spend some of their valuable free time reading up and around the subject of the ABAP language. (Finding something you’re interested in beyond the day job makes work seem less like work, but that’s a digression we should pick up another time).

Where does this concept of a single-language programmer come from? I think that it has a lot to do with architectures and software practices from earlier times.

First, earlier architectures and computing infrastructure was simpler, and entire solutions were built on a specific OS using a single language. So having a look back at our own world, this has predominantly been ABAP, with the transaction-oriented, dynpro-based facilities where everything from integration mechanisms, backend business logic and frontend flow was written in ABAP and developed & executed on a monolith. 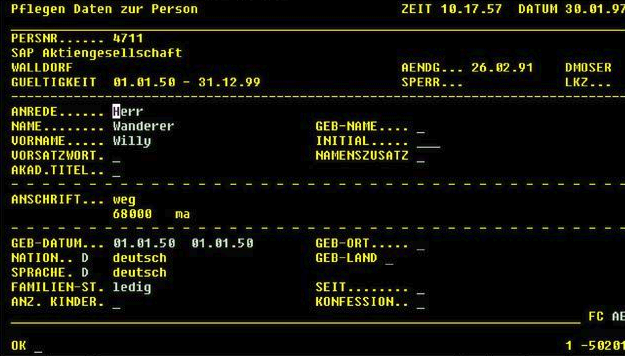 We see something similar in the Java world, and going back even further we come to COBOL. The story is the same each time. And while we’re back in those times, let’s consider the software practices of the day. The waterfall approach to building a solution dominated the industry. The role of an ABAP programmer was very defined, and you could point to the part in the flow where ABAP development kicked in. Turning specifications into modulpools for transactions, into function modules & function groups (function pools, ahh, fond memories), and into reports.

In the days when the phrase WRICEF, standing for “workflows, reports, interfaces, conversions, enhancements, forms”, was used almost as a currency (it still is today in some areas, depressingly), the role of an ABAP programmer was someone who turned specifications into executable code.

This role view meant that the act of programming was considered non value adding, and perhaps the meaning is carried today with the word “coder”. After all the hard and creative work is done, talking to the users and designing a set of specifications, the subsequent step just turns that creativity into something that will execute and display the ideas on the screen. Right? Not quite. This idea is as wrong as it has been damaging. But let’s leave this subject for another post.

If “programmer” is what we’re considering as the term for someone proficient in and focused on a particular language, and “coder” is the wrong extreme end of that concept, then perhaps we can think of “developer” as the correct other extreme end and a contrast to everything the word “coder” represents.

Development is a creative task, and creators, artists, use more than a single tube of red pigment on the canvas. Except for, perhaps, someone like Mark Rothko. 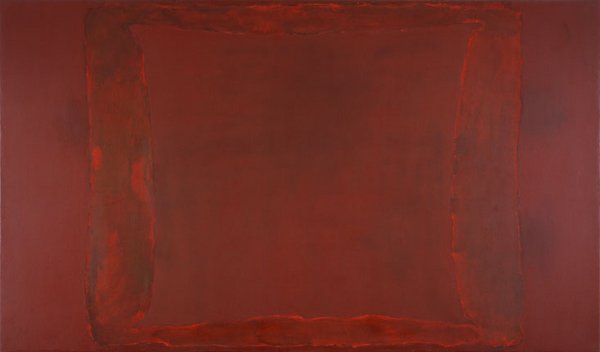 Untitled 1959 (from the Seagram Murals), by Mark Rothko (from the Tate Modern)

Like those artists, the developer’s toolset is not restricted to one colour, or a single paintbrush. Moreover, the canvas that we find ourselves looking at has changed so dramatically that the idea of using a single dimension to express the ideas, to realise the design, to produce the solution, doesn’t compute.

In previous posts in this Monday morning thoughts series, I’ve mused on the landscape of today: cloud first, and composed of many moving parts. The developer must grow and thrive to continue to be able to provide creative and effective solutions to business problems in today’s multi-platform, multi-system and multi-layer world. Just look at the array of languages and toolkits that many folks wield on a daily basis. Let’s pick just one scenario that should at least be familiar to many of us – developing apps in the Fiori world: ABAP, Core Data Services (CDS) definitions and metadata extensions, UI5, XML, JavaScript, Cascading Style Sheets (CSS), HTTP. There’s a similar pattern beautifully illustrated in the new Business Application programming model documentation where the Getting Started tutorial, aimed at today’s developers, takes the reader through a data definition language reminiscent of River Data Services (RDS), the OData protocol, and more in the first few minutes, without even the twitch of an eye.

Beyond specific languages and syntax, the cloud native environment and runtimes on the SAP Cloud Platform ask for a breadth of competence that is beyond any single language. Even the platform itself is explicitly and proudly multi-lingual; sure, choose your own language, but be prepared to have conversations with your fellow developers and with other teams that might not speak the same language or see things through the same lenses.

ABAP is coming to the cloud, that much we know. But remember what that is, and what that represents. It’s not a lift-and-shift operation that brings with it the kitchen sink; it’s a subset of language features that makes sense in a cloud runtime context, with a whitelist-based set of limitations. I see cloud flavoured ABAP as much a glue language as anything else, that allows us to bind together programmers and programming layers for new solutions. And any glue language is just that. Not the ABAP that we grew up with, but, shoulder to shoulder with other languages and protocols, just one part of the overall solution.

The value of a developer in today’s world is based not only on depth of knowledge, but on that depth multiplied by the breadth across the platform spectrum.

On a personal level I’ve always been fascinated by languages (spoken and programmed) and I’ve found that knowing about one language helps me understand another. Over my working life I’ve learnt enough languages to make myself dangerous, but also develop an appreciation of a wide range of subjects and techniques, thereby preventing myself from becoming totally irrelevant. And as the saying goes – if I can do it, anyone can.

If you identify as an “ABAP programmer” and fit into the single-language category I’ve described, you have an exciting journey ahead of you. What’s more, if we really dig into what we think about when we say “ABAP”, you’re already on the journey; ABAP isn’t really a single language anyway – there’s SQL, dynpro logic and even the declarative language one uses implicitly in the data dictionary.

Rather than identify with a single language, it might help to identify as a developer of solutions, where the canvas, tools and colour palette is fluid, but what remains constant is your ability to be creative, and to express yourself, combining multiple moving parts into a single piece of art that is worthy of a long gaze and also gets the job done. Beyond that, it will re-educate those that consider you merely a machine that turns coffee and specifications into executable code.

So what are you waiting for? Pick something that seems interesting, and dive in. If you were to ask me for a suggestion, I’d say CDS. It’s close to where you feel comfortable already, almost the next ring out from your centre of gravity, and it’s a critical piece of today and tomorrow’s solution set in the SAP world. But if there’s something else entirely that you’ve been wondering about, grab it and go. These days, in the increasingly open world of SAP enterprise software development, it’s more likely that you’ll be able to directly use what you learned in your day job as a developer.

This post was brought to you by Pact Coffee’s Umurage Mbazi (I still have some beans left from last Monday), the gentle warmth and brightness of a promising Bank Holiday Monday here in England and a pleasant browse through my battered copy of The Thames and Hudson Dictionary of Art and Artists.