This fine day I have been talking to the inventor of abapGit and discussing how to fix bugs on an open source project. 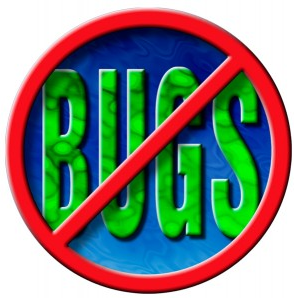 With your own Z code it is of course really easy to fix problems – with open source ABAP code it should be almost as easy.

But what about standard SAP code?

Now as we know SAP function modules are usually flagged as “not released” and none of us horrible customer organisations should ever use them. Luckily in the entire history of the universe not one SAP customer ever has used an unreleased function module in their Z code.

But let us just say they did – and found a bug in that standard code – and tried to tell SAP via OSS.

I think you can guess what happens. This is the reason the extended program check does not work on standard SAP code.

As an SAP mentor I am supposed to have a “Point of View” and my point of view is thus – if there is a bug in any code anywhere – and it is brought to your attention – with instructions on how to fix it – then you should fix it. Even if there were no instructions you should still fix it because if you are a professional programmer how can you let bugs remain once you know they exist in your code?

In my organisation one of the developers brought to the attention of SAP a bug in unreleased function module SHP_DELIVERY_READ_SINGLE.

I understand that according to the rules no-one outside SAP should be using this, but what if someone inside SAP wanted to use it? It has a serious bug.

All we want to do is fix an error in the code, and the fix is really simple as well. Naturally we were knocked back at every turn – it is far more important to spend hours or days to tell us we are breaking the rules by using such a function module rather than spending the two minutes to fix the code.

So the game is thus – can the panel work out the bugs (there are more than one) in function SHP_DELIVERY_READ_SINGLE routine APPEND_DELIVERY?

It is highly unlikely SAP will ever fix this but that is not the point – the point is finding bugs n code is a fun thing in and of itself.