Hired for a skill, evaluated for another

Are you among those who think they were hired for a particular job but were later entrusted with other tasks and are now evaluated for work beyond their core expertise, which isn’t fair?

If your answer is yes then you are not alone; there are many others, including me, who have faced such situation, at least once in their professional careers. And if you are wondering how it is possible to do something which was never agreed between an employer and employee, you should still read this blog to know the “how”. 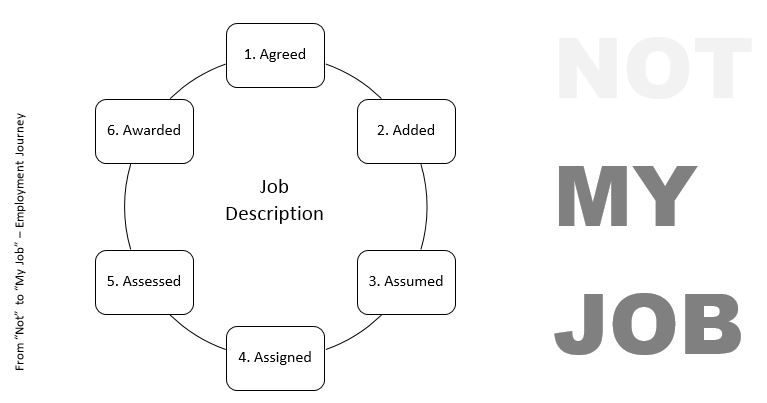 The hiring process starts when a work needs to be done and no one from the existing team can (or willing) to do it. From the need to creation of a position in organizational hierarchy, there are number of processes which are followed prior to recruiting & selecting candidates and hiring the most suitable one. When a formal agreement is signed, both the hiring manager and the person being hired know the job very well; it is at some later stage when the expectations and performance change.

Down the line, the organization needs are slightly changed or increased, and so the job. The position holder is asked to do the extra part which s/he doesn’t mind, considering it’s just a little addition to his/her core job. After some time, it’s understood by almost everyone that the-then temporarily-assigned and -taken activity is part of the original job description.

Incorrect understanding of the role

Any activity which is related, in any sense, to the original job description is acceptable by everyone, however, the problem starts when an additional job is assigned to someone due to incorrect understanding of the position’s role. And it happens when someone is assigned to lead a function of which s/he doesn’t have any experience.

If your role is wrongly perceived by higher-ups, you’ll get to know as soon as you are given tasks to complete. If you are expected to do something which was / is not your core job, what should you do?

Well, I think you have to clarify such perception from time to time, however, if you are still required to do additional activities, take the challenge and get as much support as you can, and learn the skill. It’ll ultimately enrich your profile.

To understand it better, let’s look at an hypothetical scenario.

The Technical Support function of an organization has SAP HCM Consultants to support HR Line of Business. The Recruitment process within HR needed to be optimized and as such SuccessFactors RCM was implemented with the help of a Partner. Now to support ongoing business needs, the organization seeks to hire a Consultant with skills in the Recruiting Management component. At that stage, the IT & Business teams, as well as the incumbent are clear about the role.

The Recruitment function requires further improvement, in attracting and engaging potential candidates, and therefore decides to source the SuccessFactors RMK component. The Consultant already supporting RCM is known as responsible for Recruiting tool and is therefore asked initially to facilitate Recruiting Marketing implementation and later to support the tool in addition to the previous one. Now the new job of the person in-charge is to take care of both of the SF modules.

The individual supporting RCM and RMK components is considered SuccessFactors Consultant, which s/he is.Now let’s say your Manager has changed and s/he comes from general IT background (not from SAP) and therefore doesn’t have complete understanding of how you are responsible for specific portion of overall Solution Portfolio. S/he thinks you to be responsible if any additional requirement is raised by business, let’s say to have another component of SF to benefit from SAP’s best-practices.

You can try to describe your role, however, if you are still entrusted with additional responsibilities, such as to facilitate another SF component’s implementation, I’d suggest you not to resist but to accept the challenge as you’ll ultimately reap its benefit.

Do you think it differently? Please share your thoughts.