Mr. Jim Bob is working as Area Service Executive. His job involves traveling to client locations to perform services. Before starting his work, he would search for each of the service location addresses with google maps to plan his driving route. Doing this every day was an overhead for Jim as it costs more time and effort just to decide a driving route.

This is when Jim gets to know about the new google route planner available within BYD and gives it a try. On adding this mashup to the route planning screen, he is able to see the optimized driving route plotted for him within the BYD client. This helps Jim save more time and encourages him to perform more services per day, eventually making him much more productive.

Let us see how Jim uses the route planner mashup:

1. Jim selects the orders he plans to execute for the day, from Order Pipeline OWL.  Then he clicks on the Route Planning Button:

Alphabets are marked along the route to imply the order in which the locations are covered by the driving route. In the above map, each alphabet corresponds to a location covered in the route:

at the top right corner of the map to open the rendered route in the Google maps web app. Then he sends the route coordinates to his phone and starts driving to the service locations without any hustle: 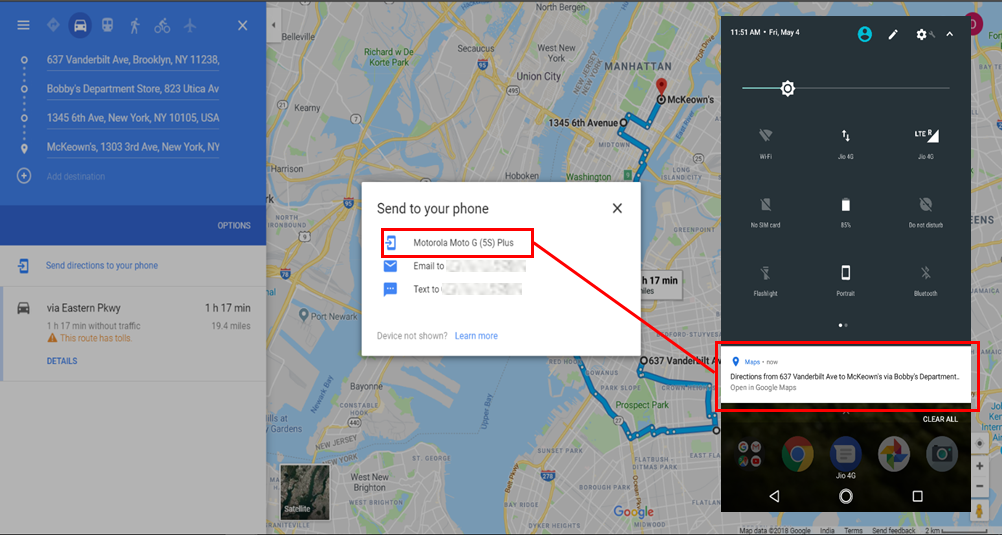 What is different in BYD Mobile Google Route planner?

The Google route planner mashup in BYD mobile app considers the start and end location as the current device geolocation. This helps you to plan the route from your current location.

The navigate button in mobile route planner map will open the route in the mobile Google maps, from where you can start the navigation straight away:

BYD Mobile App was in its Beta version at the time of writing this blog.

2. The Google route planner would flag “no route found” when:

3. The Google route planner ignores any invalid way-points when plotting the route for you. The ignored way-point(s) is flagged in the message area once the route map is rendered.

Wonderfully explained article on route planning mashup.  Link provided in blog about Prerequisites for BYD Google Route Planner Mashup is not working. Can you please cross verify and correct the URL?

The prerequisites blog works now. The blog was not reviewed and published earlier when u tried 🙂

Thanks Divya for this brilliant blog!

In your blog you describe that the Google route planner mashup will be available in the ByD mobile app which was in beta mode at time of writing your blog. Just wanted to share with the community that the "SAP Business ByDesign Mobile" app is available for Android and iOS as free download on iTunes and Google Play meanwhile (officially launched with the SAP Business ByDesign 1811 release) and includes the Google route planner mashup in the Order Pipeline tile for users with access to the Field Service and Repair functionality.

Thanks Christian for the update 🙂

Thanks for the explanation, I did all the steps but at the end I get an error message, do you have any insight of what could happen?

I had the same issue, try to open it with another browser ex: internet explorer ,and create a billing account on google maps platform to activate the API.