Some time back in 2017, as part of our regular calls with the Web IDE team, we heard about the benefits of the full-stack version of Web IDE and upcoming early adopter project to migrate to this version. We at SOA People decided immediately to join this project in January this year. Why? Because we see how fast Web IDE is developing supporting Fiori development and now even more, such as IoT. For us, UI5, Fiori, and mobile app development is daily business and we rely on Web IDE.

The process was very simple: we got 1-on-1 explanation from the Web IDE team followed by precise description of the steps in SAP Jam. We could use this Jam group to report progress and ask for any support.

I was planning to involve many developers in the migration, but I found out that half of them were already using the new full-stack version. Our junior developers apparently didn’t have any legacy to carry and they started with the new version right away. Eventually I identified a UI5/Fiori team, which was ready to test the migration tool.

Migrating to full-stack was much easier than expected, to be honest. We just added /?enable_migration=true to the end of the SAP Web IDE Full-Stack URL. Then a new little button shows up:

After clicking on this button, a wizard comes up: 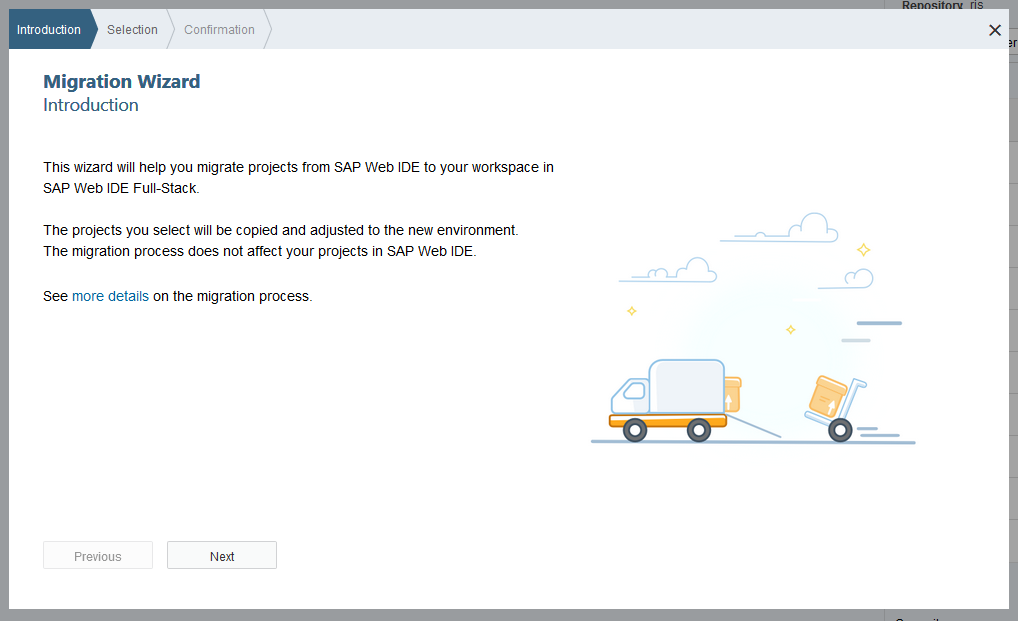 On the second screen of the wizard there is a simple list, where one or more projects existing in Web IDE can be selected for the migration.

The whole procedure is described here.

You can consider the above doc the

guide on the topic.

What did we learn:

I recommend you to check out the announcement blog of the migration, because it nicely lists some new features of the full stack version.

Thanks for the blog. I love the new Web IDE.

Thanks for sharing your experience! Is valuable to know what other customers/partners are doing.

Thanks Tamas for this blog.

The process was very simple: we got 1-on-1 explanation from the Web IDE team followed by precise description of the steps in SAP Jam. We could use this Jam group to report progress and ask for any support.

Thanks for sharing your expertise! Is valuable to know what other customers / partners are doing. In addition, Checkforpc publish various applications tutorials on our technician website.