In this blog series, I would like to describe a few standalone enhancements in more detail, which can be very helpful in special situations and can be used independently from the requirements to deploy process from Focused Build.

In this second part, I want to introduce you to a standalone enhancement which is named Repack. This extension is particularly useful for you when you have implemented or plan to implement Change Request Management with SAP Solution Manager.

Now and then, a transport manager for a system landscape you need to reorganize transports.

Most of the time the only solution for a transport manager was to access the transport organizer and do the different steps manually.

Repack is a simply guided procedure witch you can open in the transport assignment block of your target change. The guided procedure then supports you with the selection of the source transports and automates post activities you may need. 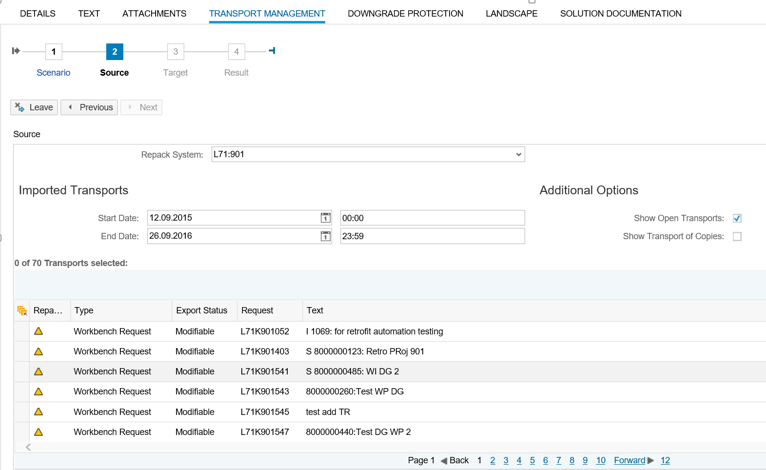 Repack provides you with automation of the following post-processing activities:

If you are looking for more information about Focused Build and other Focused Solution’s look at these resources:

Other Articles of this Series: