On 8th of May 2018, SAP Security Patch Day saw the release of 9 Security Notes. Additionally, there was 1 update to previously released security notes.

We would like to inform our customers that the security notes 2616599, 2615635 released on May Patch Day are expected to be topics of discussion in an upcoming security conference in June. Therefore, we wish to remind you to apply the SAP Security Notes on priority.

List of security notes released on May Patch Day:

Security Notes vs Vulnerability Types – May 2018 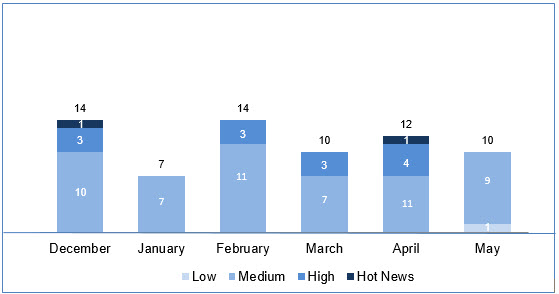 Customers who would like to take a look at all Security Notes that are published or updated after the previous Patch Day, see: https://support.sap.com/securitynotes -> All Security Notes -> Filter for notes which have been published after 10th April 2018.